The Duchess of Sussex has reportedly made a secret solo trip to Toronto – ditching her royal ways and flying commercial.

The pair met while the former actress was living in Toronto filming Suits and have remained closed friends ever since – so close that Mulroney’s three young children were in Aunt Meg’s royal wedding to Prince Harry in May.

Kensington Palace reportedly sent a letter to Air Canada staff ahead of the trip asking that no one take the Duchess’s picture or approach her on the flight. 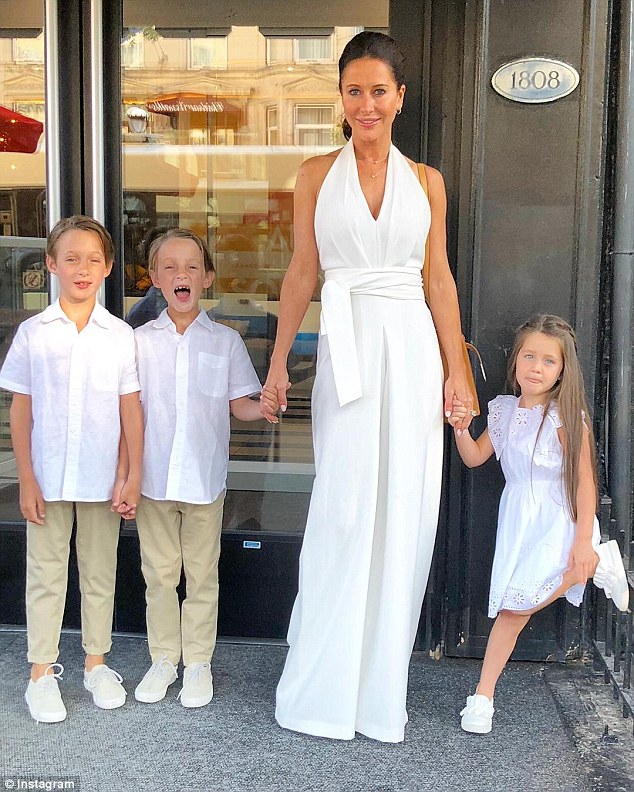 Meghan stayed three days at the Mulroney household, catching up and playing with her three young children, pictured during Meghan’s secret stay

The three-day trip was Meghan’s first time traveling internationally alone since marrying Prince Harry in a lavish royal wedding in May.

‘They spent their days catching up, cooking together and, of course, playing with Jessica’s children, who love their ”Auntie Meg”’, he said.

The ladies allegedly had an undercover night on the town to visit some old friends.

‘There was one evening when Meghan and Jessica secretly headed out into the town to meet some of Meghan’s old, good friends,’ Scobie said. 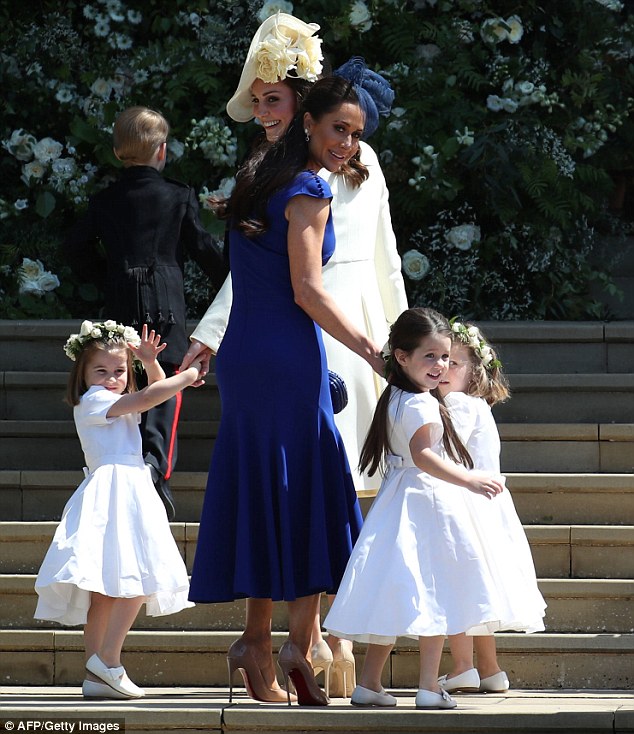 The pair met while Meghan was living in Toronto, shooting Suits

Jessica posted snaps to Instagram during Meghan’s trip but did not include the Duchess in her photos.

One image showed Jessica in all white, posing with her three children in front of their home with the caption: ‘Another day, another jumpsuit. That Brian face though.’

Perhaps the Duchess was even the one snapping the photo!

Jessica and husband Ben’s twin sons Brian and John, seven, served as the page boys holding Meghan’s train she walked up the steps to marry her prince.

Daughter Ivy was a bridesmaid along with Princess Charlotte, while Jessica and Ben sat front row for the ‘wedding of the century’ .

After her solo trip, the Duchess returned to her Prince in London to attend a charity show of the hit musical Hamilton. Jessica and husband Ben’s twin sons Brian and John, seven, served as the page boys holding Meghan’s train she walked up the steps to marry her prince