Ciao bella! Duchess of Westminster cuts a glamorous figure as she enjoys a day out on a boat with friends in her favourite Italian holiday spot

Many families return to the same holiday spot year after year, enjoying the familiar sights as they relax in the summer sun.

And it seems its no different in high society, with the Duchess of Westminster returning to Italy’s playground for the rich and famous, Portofino.

Natalia Grosvenor, 57, looked relaxed as she enjoyed a day out boating with some friends, even taking a dip into the cool Mediterranean sea.

The mother-of-four, who is also Prince William’s godmother, looked glamorous in a turquoise swimsuit and a pair of oversized sunglasses as she emerged from the water and clambered onto the boat.

The duchess, who is known to friends as Tally, added a touch of glamour to the afternoon out, wearing a pretty gold chain and wristwatch for the outing.

Following her swim, Natalia wrapped herself in a towel and chatted to pals aboard the boat.

Appearing to haved tired themselves out from their time at sea, the group went on to enjoy lunch at a local restaurant in the charming sea-side town.

Natalia looked relaxed as she walked through the cobbled streets wearing a pair of white cut-off trousers and a yellow blouse, adding a hint of glamour with stylish gold jewellery. 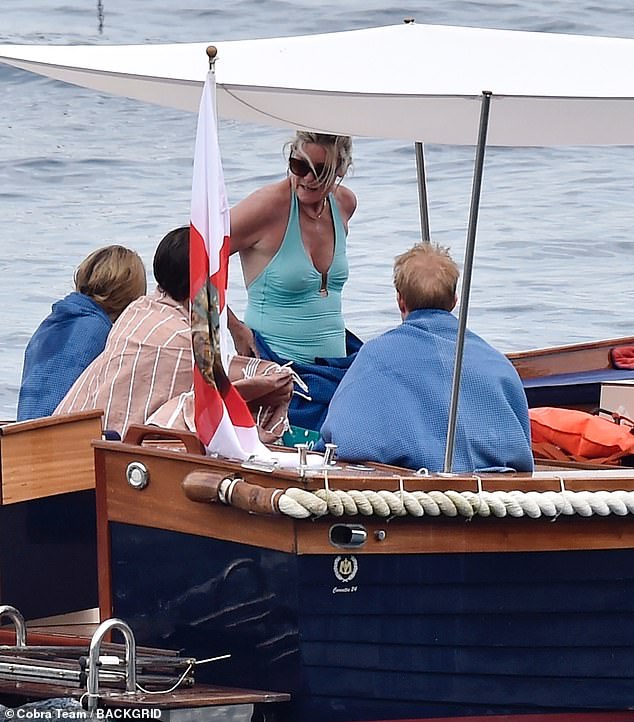 The mother-of-four looked relaxed as she enjoyed the day at sea with a group of friends, having previously holidayed in the

The stunning widow finished her chic outfit with a trendy pair of mules with gold tassels.

The family holidayed in the same resort in 2017, which is famed for its harbour packed full of lavish superyachts.

At the time the Duchess enjoyed a day on the same little blue boat with her son Hugh Grosvenor, although it is not known if he joined his mother today. 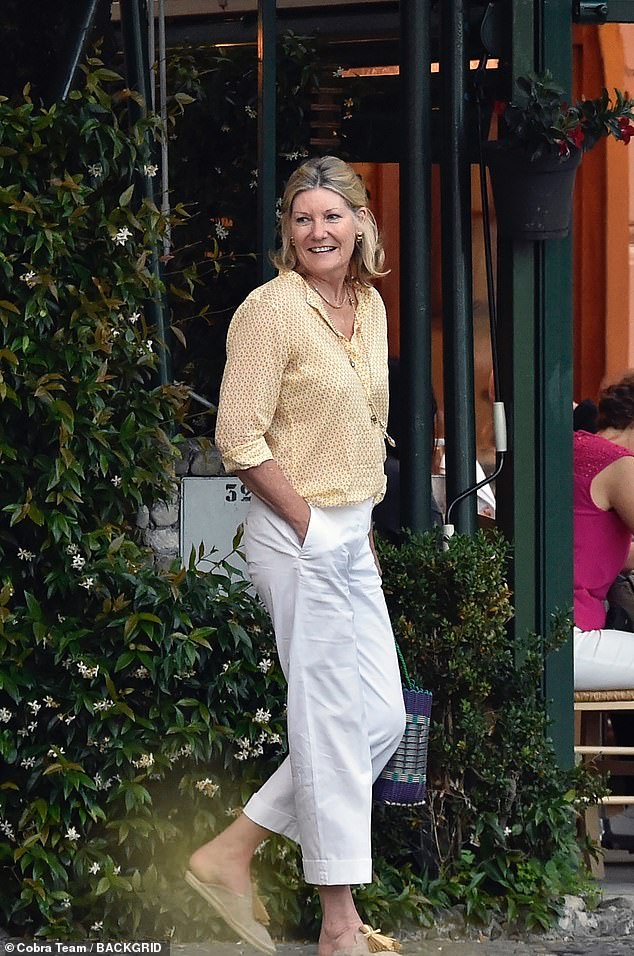 Natalia, who is known by friends as Tally, later enjoyed a relaxed lunch with friends in the lavish holiday town 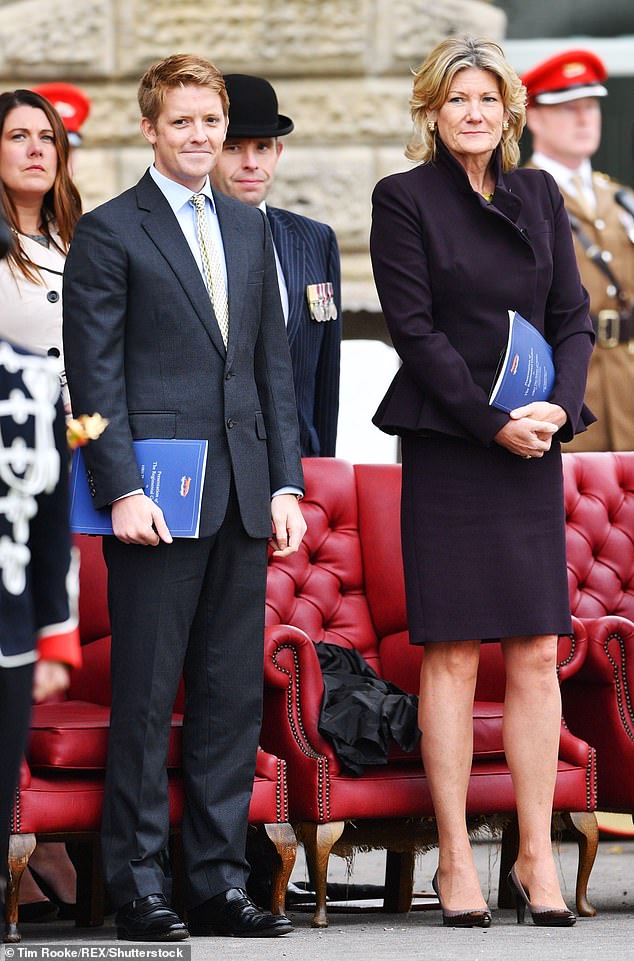 Natalia has previously holidayed in the same area with her son Hugh, who became Britain’s youngest billionaire in 2016 when his father died (Natalia and Hugh Grosvenor pictured in 2018 at the Queen’s Own Yeomanry consecration service)

Hugh inherited 300 acres across London’s Mayfair and Belgravia – two of the most expensive areas in the world – as well as estates in Oxford, Cheshire and Scotland and properties around the globe.

Gerald Grosvenor, 64, had surgery to remove a tumour from his lung in July 2013. The operation was said to have been a success and he apparently made a good recovery.

But Natalia lost her husband three years later in August 2016 after he suffered a sudden heart attack while out on a country walk. 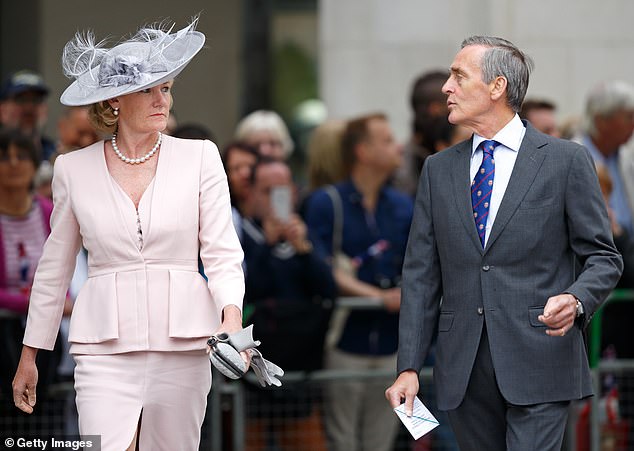 Natalia, pictured in June 2016 with her late husband Gerald Grosvenor, the sixth Duke of Westminster, who died suddenly from a heart attack in August that year