What do The Wonky Donkey, Little Red Riding Hood and Winnie The Pooh have in common?

All of the books have been read by the Duchess of York on her burgeoning YouTube channel.

The former Sarah Ferguson has amassed an army of fans by reading scores of popular children’s books to camera.

The 60-year-old uploads regular videos of herself in costume as she entertains youngsters during lockdown.

The Duchess of York, 60, has gained a legion of young fans from reading children’s stories on YouTube. Pictured: Sarah prepares to read The Wonky Donkey to her young fans

In one she wears a red cape and walks around a large garden while telling the tale of Little Red Riding Hood.

In another, she dons a flower garland and is interrupted by her two dogs while she reads through Where The Wild Things Are on the lawns within the grounds of her Windsor home.

Alongside relaxing children’s stories, Sarah has shared clips of herself making rainbow cakes, fairy wings and teddy necklaces to inspire youngsters – and give parents some stay-at-home ideas.

She has also been joined on her channel, named Storytime With Fergie And Friends, by the likes of her daughter Princess Eugenie, Stephen Fry and Lady Forsyth, Bruce Forsyth’s widow Wilnelia. 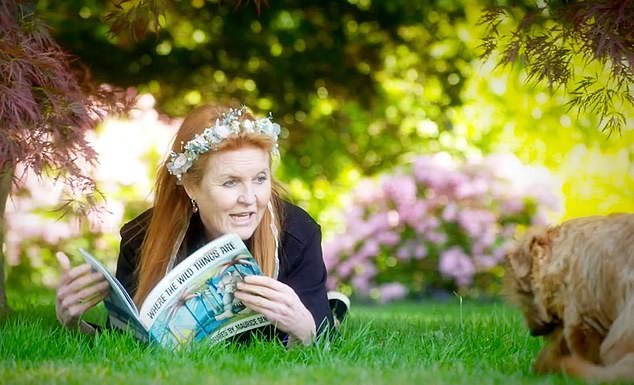 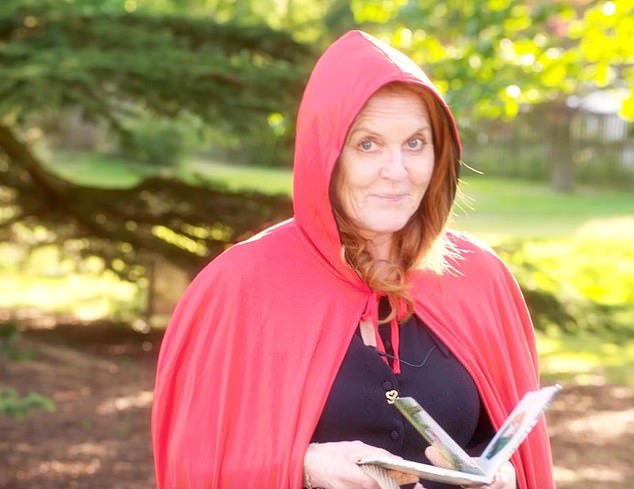 Since her first upload in April, the online channel has garnered more than 300,000 views and clips are added almost every day.

Many of the videos are filmed in the conservatory at the 30-room Royal Lodge, where she has been isolating with ex-husband Prince Andrew, Princess Eugenie and her husband Jack Brooksbank.

Sarah, who has recently signed a publishing deal for seven books, is already the author of more than 25 books including Budgie The Little Helicopter and the Little Red series. 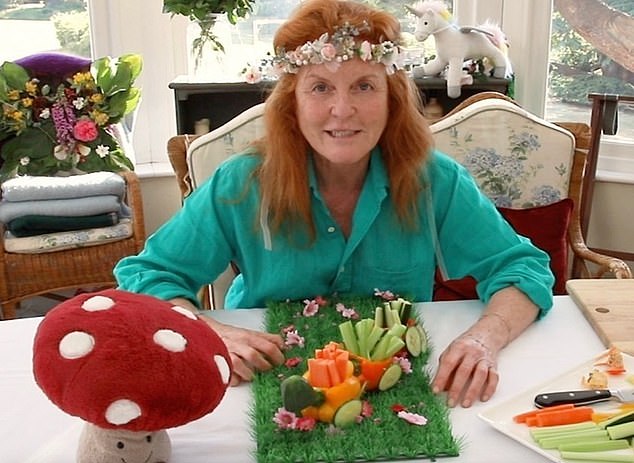 The Duchess often dresses up for the story time, and shows off homemade crafts and recipes (Pictured: Sarah makes a train out of peppers and crudites) 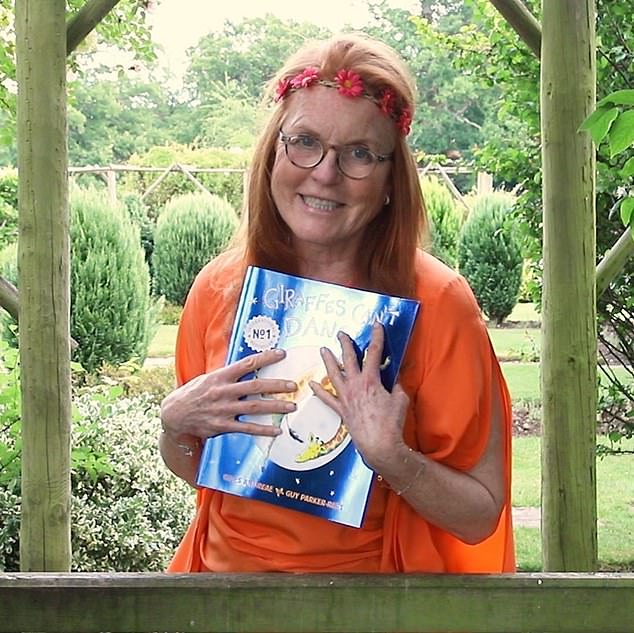 Sarah has gained over 300,000 views on her YouTube channel since it debuted in April. Pictured: Sarah reading Giraffes Don’t Dance