If you’re planning on having an Easter egg hunt this weekend, why not warm-up with this tricky seek-and-find puzzle.

Somewhere in this vibrant flower patch there is a single bee buzzing around for honey – but only the most eagle-eyed players will be able to pick it out.

The springtime scene was created by Hungarian cartoonist Gergely Dudas, better known as Dudolf, who is behind some of the internet’s best-loved visual puzzles.

Scroll down for the solution…

Bee-mused! Players have struggled to find the bee buzzing around this busy springtime scene

Last year’s Easter offering, a single egg hidden in a busy garden, was challenging, but this one is undoubtedly more difficult.

For those looking for a clue, the yellow bee is flying between two blooms of the same colour.

Dozens of fans commented to say how tricky they had found the puzzle after Dudolf shared it on his Facebook page. 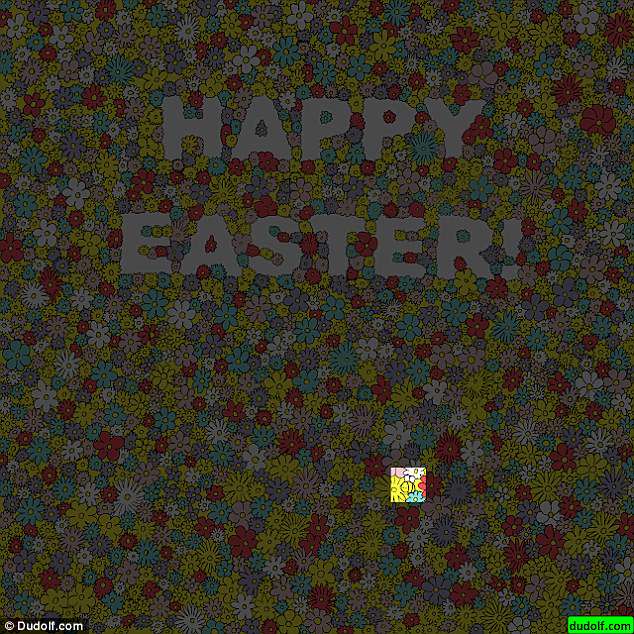 Spotted! Only the most eagle-eyed would have been able to pick out this tiny bee

One posted: ‘ It’s so hard to find it because the flowers are tiny and the bee is so small.’

Another agreed: ‘I had to put my glasses on for this one ~ but I found it!’

Dudas became an online sensation after his deceptively difficult seek-and-find puzzle featuring a panda hidden among a group of snowmen swept the internet in December 2015. 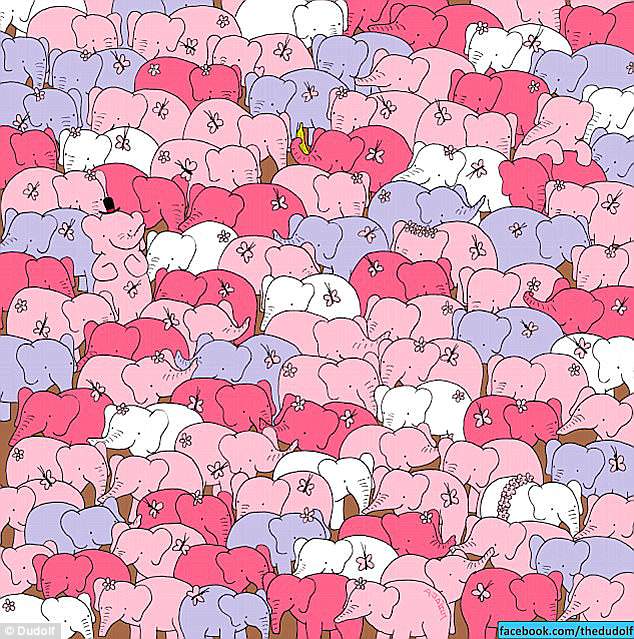 Elephant love medley: There is a tiny heart hidden somewhere in this herd of elephants 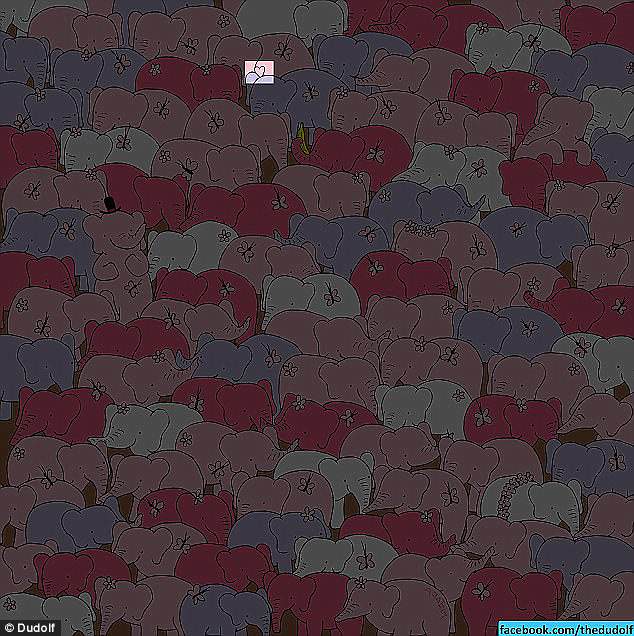 There it is! The puzzle was so tricky that some admitted they couldn’t find the heart

At Christmas Dudas released a new book, Bear’s Merry Book of Hidden Things, which uses colourful illustrations and seek-and-find puzzles to tell the story of a bear getting ready for a Christmas party.

While the title is aimed at children, the puzzles are tricky enough that they will keep parents entertained, too. 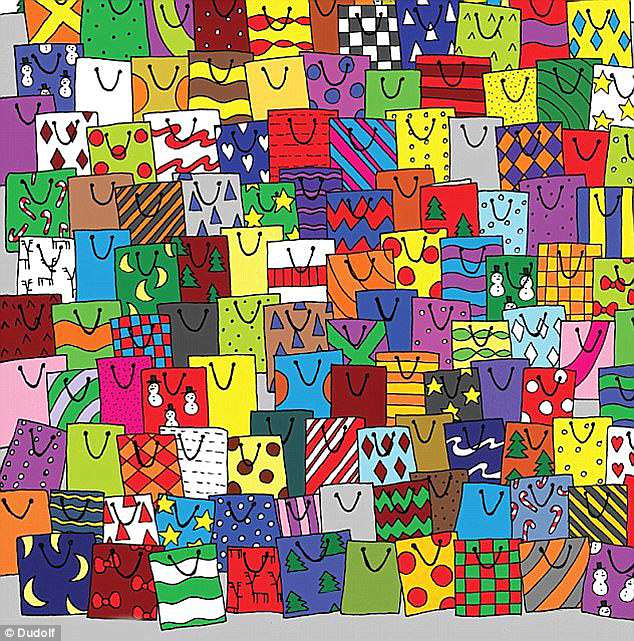 Festive puzzle: There is a single Christmas card hidden somewhere in this pile of presents 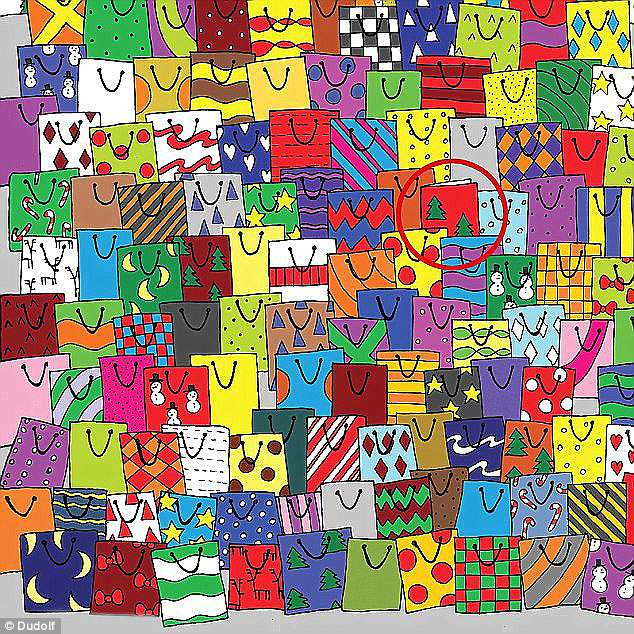 Found it! The pattern on the card is deliberately designed to blend in with the haul of gifts