Dugong ‘Pig’ eat $18,000 worth of cos lettuce every month: Australia inflation

Even dugong’s feeling the inflation pinch, with Sydney Aquarium’s sea cows now munching down $18,000 worth of lettuce a month as the cost of living soars.

‘Pig’ the dugong is known as the ‘VIP’ of the Darling Harbour tourist attraction and the picky eater feeds only on cos leafs – the most expensive lettuce.

Dayna Plater, Senior Dugong Keeper at Sydney Aquarium said the facility used to pay about $7,200 a month to feed Pig but it’s now costing two and a half times more.

In the year to March 2022 the price of fruit and vegetables rose 6.7 per cent with iceberg lettuce in some parts reaching an eye-watering $12 a head.

Sydney Aquarium’s dugong ‘Pig’ (pictured) eats $18,000 of cos lettuce a month. It used to only cost them around $7,200 to feed their VIP attraction 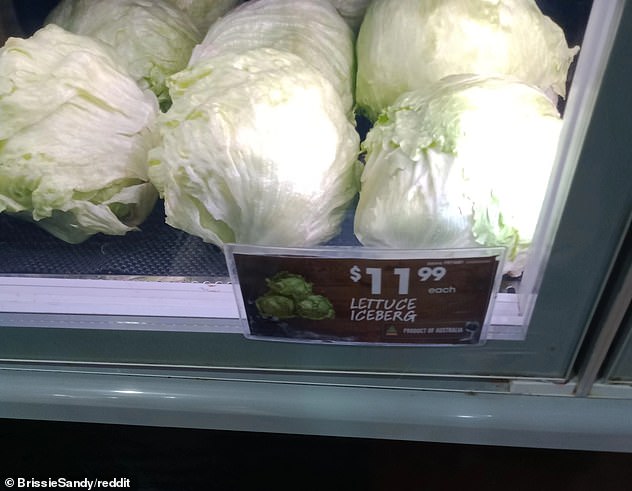 The floods will create shortages of leafy vegetables, broccoli, cabbage and cauliflower. Pictured: Iceberg lettuce for sale for $12

‘We are not looking for an alternative here, we are always going to try the best opportunity to give this animal what is required, what he needs – and Pig is a VIP,’ Ms Plater told Sky News Australia.

The 300kg animal gulps down about 35kg of cos lettuce a day. Dugongs in the wild normally eat sea grass, however the plant is impossible to source for animals in captivity.

Pig is one of only two dugongs in human care in the world and has called Sydney Aquarium home since late 2008. Dugongs are native to warmer waters of the Indian and western Pacific Oceans.

Pig was rescued from Forrest Beach in North Queensland when he became separated from his mother at a very early age.

Dugong’s are classified as ‘vulnerable’, meaning there are roughly 20,000 in the wild, with their habitat considered critically endangered. 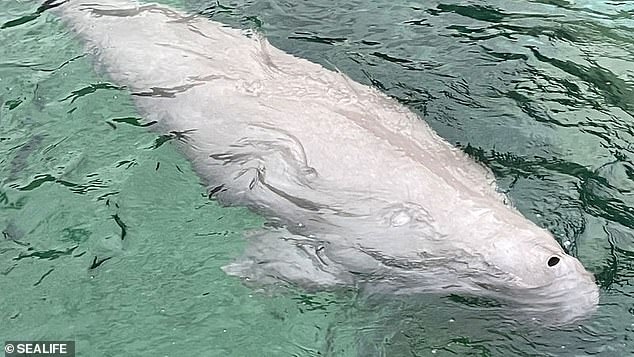 Dugong’s are classified as ‘vulnerable’, meaning there are roughly 20,000 in the wild, with their habitat considered critically endangered 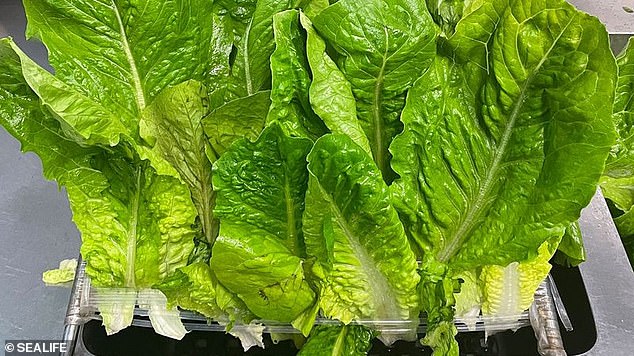 Dugongs in the wild eat sea grass, however, at the aquarium Pig’s diet has been switched to cos lettuce

The current prices of fruit and vegetables are putting stress on Australians and they are set to soar even higher, with many crops from the city’s billion-dollar food basin ‘wiped out’ from floods.

Farming industry leaders warn that the wild weather affecting large swathes of northwestern Sydney will impact greens, particularly – with everything from broccoli to cabbage and lettuce set to skyrocket amid a shortage.

‘Those sort of crops, I think, will either be put back in terms of harvest time or wiped out,’ he said.

‘Certainly, some of the suppliers of some fruit and vegetables in Sydney will be crimped a bit, and when supplies reduce, the prices go up, so there will be price implications.’ 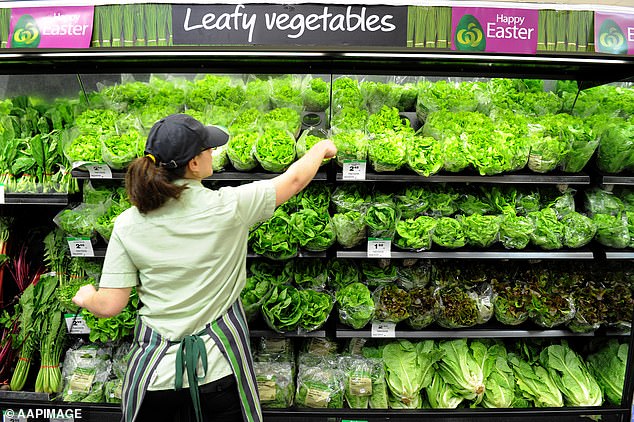 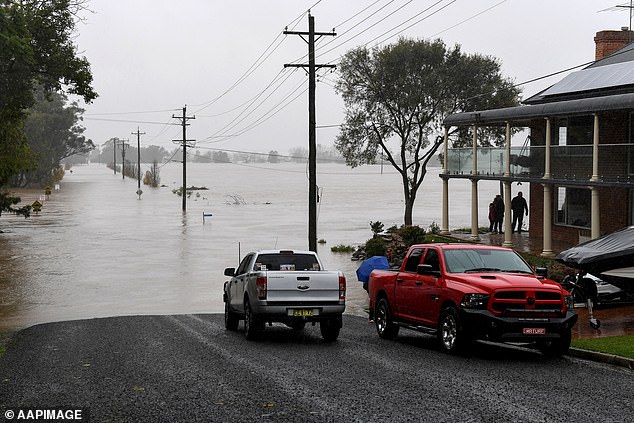 Dramatic flooding across northwestern Sydney, which was continuing to worsen on Monday, would raise the prices of greens available to the city’s shoppers (Pictured, the Hawkesbury River at Windsor on Monday)

Meanwhile Coles, Woolworths, ALDI and IGA are all set to hike prices on hundreds of goods in a matter of weeks, worsening Australia’s cost of living crisis.

Higher grocery bills are expected from August 1, as a result of supermarkets agreeing to price-rise requests from suppliers of processed and packaged goods who are facing their own increased costs.

Inflation surged to 5.1 per cent in March in the previous 12 months, due to higher dwelling construction costs and fuel prices. 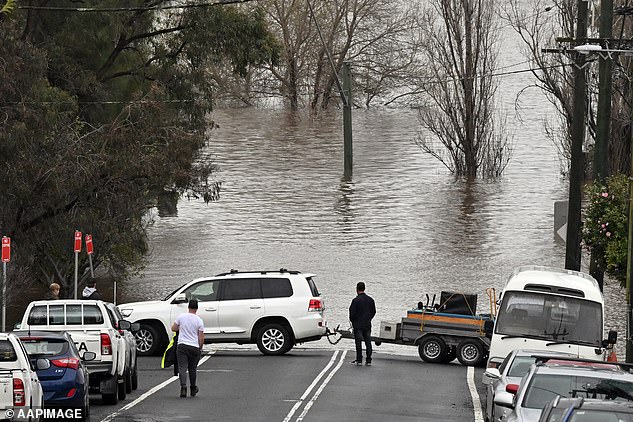 Flooding has made life a nightmare for farmers and growers in NSW and south-east Queensland in 2022 (Pictured, flooding at Camden, south-western Sydney on Sunday)