A multi-millionaire aristocrat has denied stopping cyclists from riding through his huge Bolton Abbey estate.

Peregrine Cavendish, the 12th Duke of Devonshire who is worth an estimated £880million, allegedly hired security guards to stop cyclists in the grounds of the 12th century monastery in the Yorkshire Dales.

Cycling UK alleged its members were being denied access to the 30,000-acre estate, claiming they are being met by security guards, ‘more appropriately employed outside of nightclubs.’

But in a statement to MailOnline, the estate said cyclists are welcome and there is often a member of staff stationed to remind them of the rules.

A spokesman said: ‘Bolton Abbey has welcomed cyclists onto the estate for many years and many thousands have enjoyed its miles of tracks and pathways.

‘During the pandemic, to enable safe social distancing and protect the health and wellbeing of our visitors and colleagues, use of the Cavendish Wooden Bridge at Bolton Abbey is currently restricted to pedestrians only.

‘This measure was introduced in April 2020, in response to the Covid-19 pandemic. This restriction is explained on signs at the approach to the bridge.

Peregrine Cavendish, the 12th Duke of Devonshire, has allegedly stopped cyclists from riding through Bolton Abbey in the Yorkshire Dales (pictured, the Duke and Duchess of Devonshire posing in the grounds of the family estate at Chatsworth House) 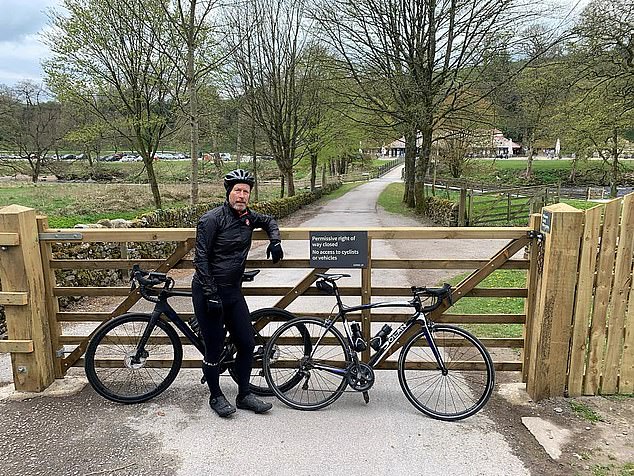 ‘We are aware that there have been instances of these signs being removed, and when this happens, we ensure they are replaced as quickly as possible.

‘On busy days a member of the Bolton Abbey team is located on the bridge to remind visitors of the rule.’

They added: ‘Access for cyclists to the estate, including the Cavendish Pavilion and toilets, is via Riverside Drive. Once social distancing rules relating to Covid-19 are no longer in force, the restrictions on cyclists using the bridge will be lifted.

‘The route in question is registered as a permissive path on the OS map, not a public right of way.

‘We have enjoyed a positive relationship with cyclists on the estate for many years and would welcome a constructive dialogue with cycling groups with regard to any concerns they might have.’

Critics previously said the Duke of Devonshire’s estate claims an inheritance tax exemption in return for granting public access and threatened to involve the HMRC. 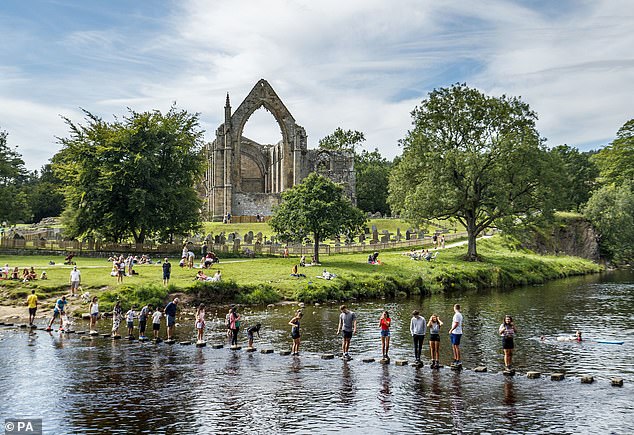 The charity claim that under terms of the relief the Duke receives, the estate must provide access to a series of public roads and permissive footpaths and bridleways crossing the land.

They say access and its public benefit is being denied to members of the public and are calling on HMRC to investigate the estate’s claims for tax exemption.

The Duke of Devonshire’s family are custodians of Chatsworth House, which is due to reopen next month, as well as Bolton Abbey in the Yorkshire Dales.

Cycling UK claims the estate is attempting to stop cyclists using a bridge leading to a popular cafe called the Cavendish Pavilion.

It says the bridge has been used for decades by cyclists but claims the path has been blocked, with security guards employed to prevent riders from crossing.

The charity’s head of campaigns Duncan Dollimore said: ‘Cycling UK looked into this matter a little closer, we found we were really only scratching the surface and that the Devonshire estate had been failing to provide access to cyclists to estate land for years.

‘This is one of the most beautiful landscapes in Yorkshire and it’s easy to see why the estate attracts some 400,000 visitors a year.

‘Cyclists should be able to enjoy the special qualities of our National Parks, instead they are being faced by security guards more appropriately employed outside of nightclubs.’ 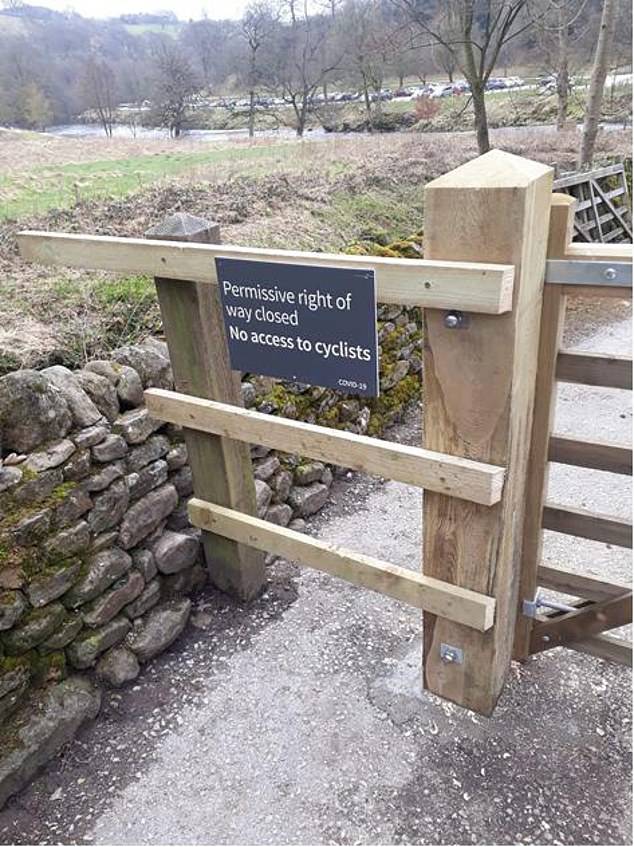 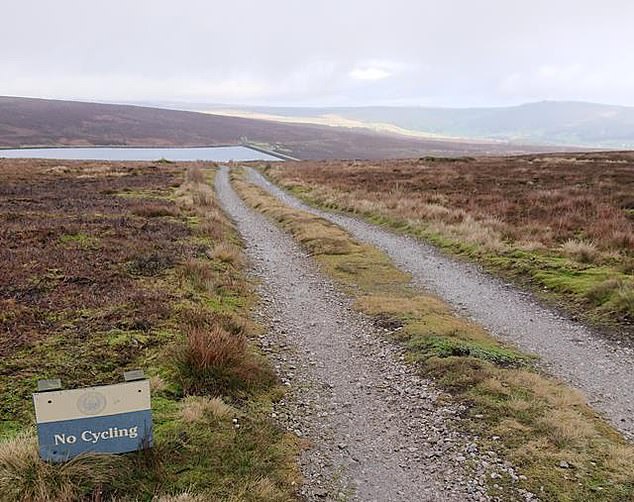 Cycling UK alleges its members are being denied access to the 30,000-acre estate, claiming they are being met by security guards

Sharon Mcauley, from nearby Ilkley, has been visiting the estate with her family for years and feels cyclists are being ‘unfairly singled out.’

She said: ‘I have used this route for over 20 years without problems and cannot understand the recent change.

‘I live locally and feel most aggrieved at this loss of a route. We have usually stopped for a coffee at the Cavendish so contribute towards the estate.’.

Alistair Preston, a company director from Leeds, was also caught out by the change.

He said: ‘As a result of this closure we missed Bolton Abbey from our recent ride itinerary.

‘Our group of four people did not get a coffee and a cake at the Cavendish Pavilion, and they lost out on £20-£30 from us alone. We would not mind walking with the bikes from the gate to the cafe – it’s only 50 yards.’

The Cavendish family is one of Britain’s wealthiest aristocratic families and also own Chatsworth House in the Peak District.

Chatsworth has been home to the family since 1549 – and used as the backdrop to two Keira Knightley films – 2005’s Pride and Prejudice and 2008 flick the Duchess.

The late supermodel Stella Tennant, who died in December last year shortly after her 50th birthday, was the Duke’s niece.