Prince Andrew has been spotted preparing to lead his debut Trooping of the Colour just days after become Colonel of the Grenadier Guards.

Earlier this week the Duke of York officially inherited the title, which was formerly held by the Duke of Edinburgh.

His appointment at Windsor Castle, Berkshire, was marked by a parade.

Now the Duke, father to Princesses Beatrice and Eugenie, has been spotted preparing for his first ever appearance leading the ceremonial event with a canter around the grounds of Windsor Castle alongside an unnamed riding partner.

Prince Andrew will be joined on horseback by Prince William and Prince Charles when they parade down the Mall on June 9.

Since 1748 the parade has been the annual celebration of the Queen’s official birthday.

The event, also known as the Queen’s Birthday Parade, is a chance for the Queen to inspect soldiers from her personal troops, the Household Division.

More than 700 military musicians were required to perform for the ceremony last year.

The queen gave her royal approval to Prince Andrew’s nomination as Colonel of the Grenadier Guards in December last year after her husband gave up the title he had held since 1975. 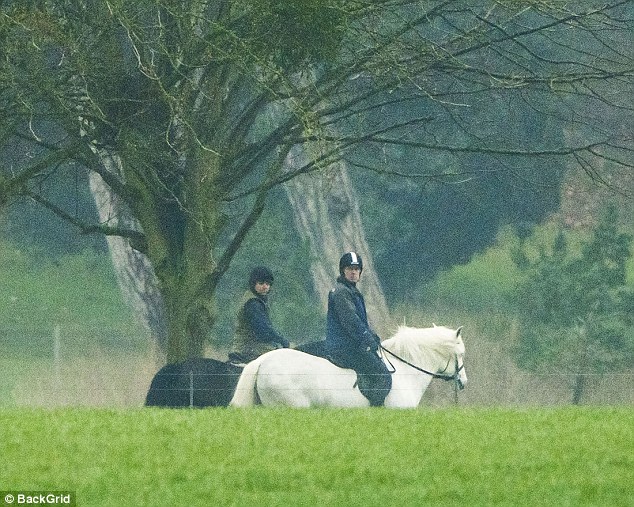 Alongside an unidentified riding partner the Duke is seen practicing for the event, which will see him parade alongside the Prince William and Prince Charles 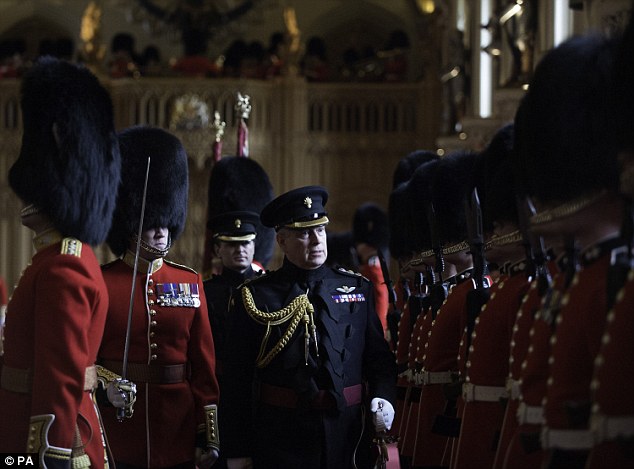 Prince Andrew joined the Royal Navy in 1979, passing out of Britannia Royal Naval College in Dartmouth, Devon, the following year.

He first joined on short-service commission as a seaman officer and sub-specialising as a pilot.

After his time at the college, the prince completed fixed-wing and helicopter flight training at RAF Leeming in North Yorkshire.

He also attended the Royal Naval Air Station Culdrose and was presented with his ‘Wings’ and the best pilot award by Prince Phillip. 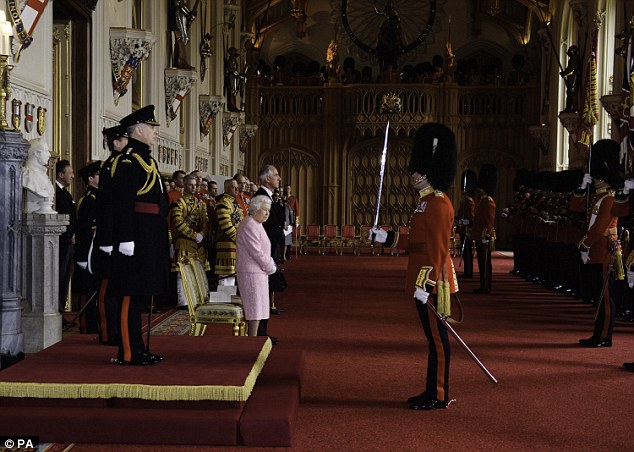 The monarch greets a guard wearing the iconic bearskin cap, which honours the Battle of Waterloo victory

Guards have won 78 Battle Honours, 14 Victoria Crosses and a George Cross after serving with distinction in campaigns including the Napoleonic, Crimean, Boer, First and Second World Wars.

As well as the soft power they bring to the world stage, Grenadier Guards were deployed for ground combat in Afghanistan.

The monarch was pictured inspecting the red-coated regiment of the British Army in the landmark’s St George’s Hall on Wednesday.