Parents are warning other families about an app for kids based on a popular TV show which threatens to knife youngsters who download it.

Free Google Play app ‘Call Blaze and the Monster Machines’ appears to be based on the kids animation series but has no legitimate links to it.

Mother Danielle Ollerenshaw filmed herself installing the app and the disturbing pre-recorded message it plays.

Mother Danielle Ollerenshaw recorded herself installing the free app ‘Call Blaze and the Monster Machines’, which is named after the popular kids animation series 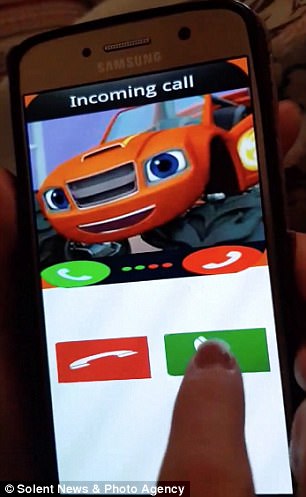 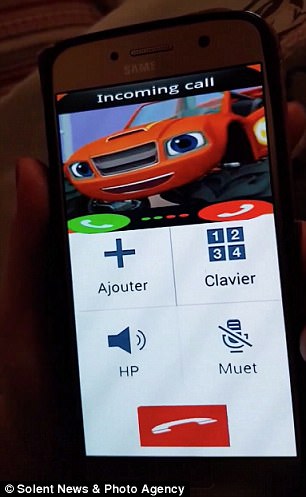 After installation the app makes a call to the user and plays a pre-recorded message asking if they are afraid because of the knife they are holding. Then the voice says: ‘That’s all right ’cause this is knife is gonna improve your look when it’s sticking right out of you’

The footage shows the app making a call to the user before a sinister voice says: ‘Hi kids, I’m your new friend Happy Slappy, or whatever you want me to be called.

‘You see I want to play with you kiddo, maybe we could perform some fun games together.

‘What’s this hogwash. You look afraid. Is it this knife in my whirly twirly hands? Making you a little nervous ha.

‘That’s all right ’cause this knife is gonna improve your look when it’s sticking right out of you.’ 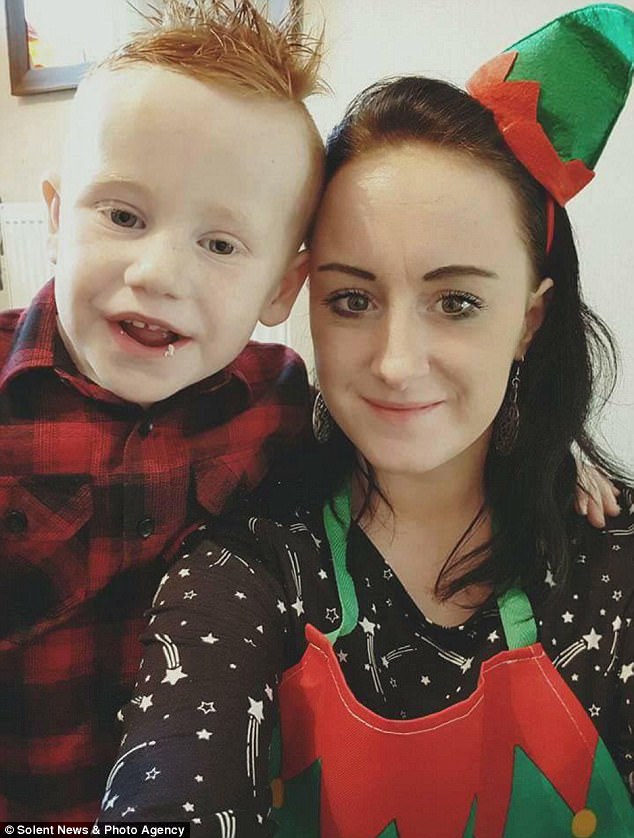 The 25-year-old said: ‘People seriously need to watch their kids when playing on phones. If you have this app, remove it right away’ (Pictured here with her son Logan, five)

The app, which is only available on Android devices, then ends with a chilling laugh.

Danielle, from Dukinfield, Greater Manchester, said she checked the app after seeing another mum sharing concerns about it on Facebook.

The 25-year-old, mother to Logan, five, said: ‘I was browsing Facebook and came across a post regarding this blaze app.

‘Usually I take anything I see on Facebook with a pinch of salt but I thought I would check it out.

‘My little boy had this app on my phone but to my knowledge hasn’t been on it for at least a couple of weeks. 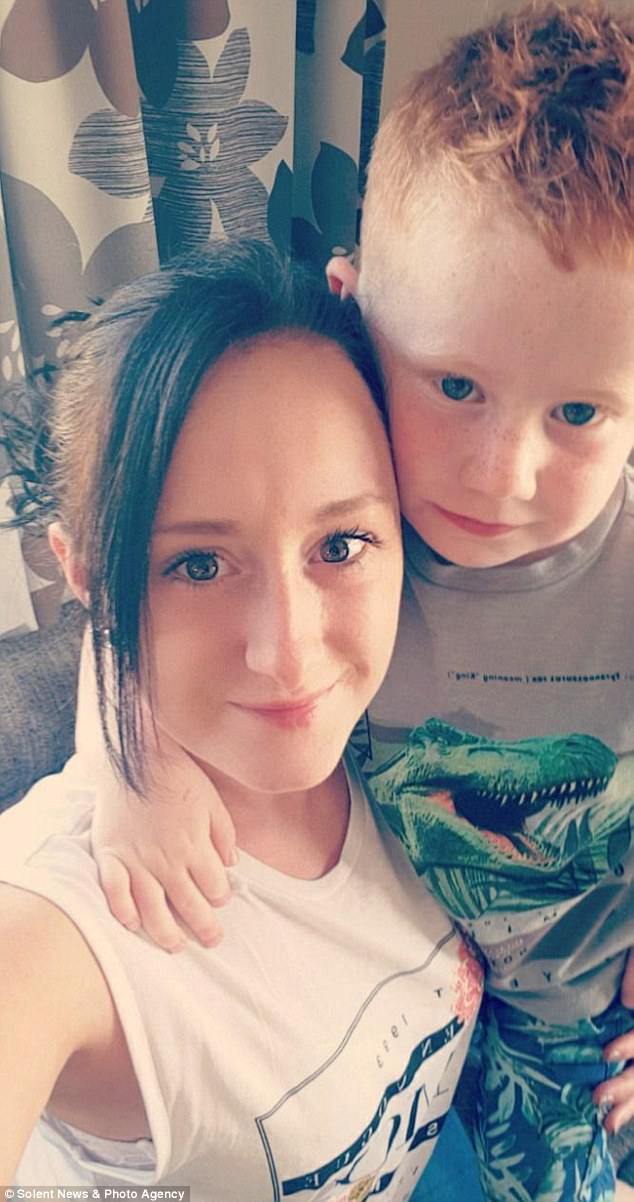 After concerns were voiced by mothers like Ms Ollerenshaw, Google have suspended the app from Google Play

‘So I went on the app and was disgusted with what I heard. From now on I will definitely be monitoring what my little boy goes on in the future.

‘People seriously need to watch their kids when playing on phones. If you have this app, remove it right away.’

The NSPCC urged parents to make online safety a priority, particularly with children having received new devices for Christmas.

Google said it has now suspended the app from Google Play.

A Google spokesman added: ‘We have a set of policies designed to provide a great experience for users and developers and we act quickly to remove apps from Google Play that violate those policies.’ 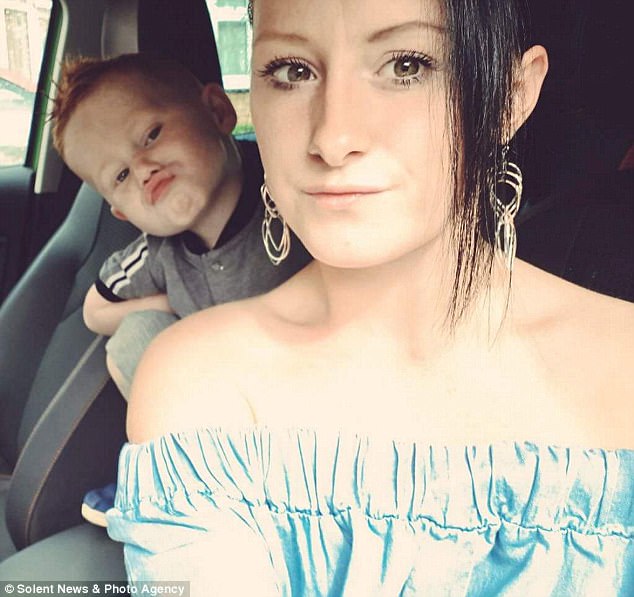 The NSPCC urged parents to make online safety a priority, particularly with children having received new devices for Christmas