Dumped OBikes at Sydney beaches are being picked up by teenagers who are riding them without a helmet.

Daily Mail Online witnessed a group of teenagers enjoying a joy ride at Bondi Beach on a hot day when thousands of people were at the beach.

The boys can be seen picking up the bikes and riding them illegally on the footpath on Campbell Parade near pubs and fast food outlets full of people.

The teens seemed absolutely thrilled to have access to the dumped bikes, picking them up and stopping at the shops before getting back behind the wheels.

According to the rules the bikes can be left anywhere as long as they are not endangering the safety of the public.

Lonesome bikes without helmets are being left everywhere in Bondi, Coogee and the Inner West making it easy for teenagers or children to pick up these bikes.

With a large number of people walking on the footpath, the riders were also breaking the road rules which only allow for children under 12 to ride on this footpath in this area. 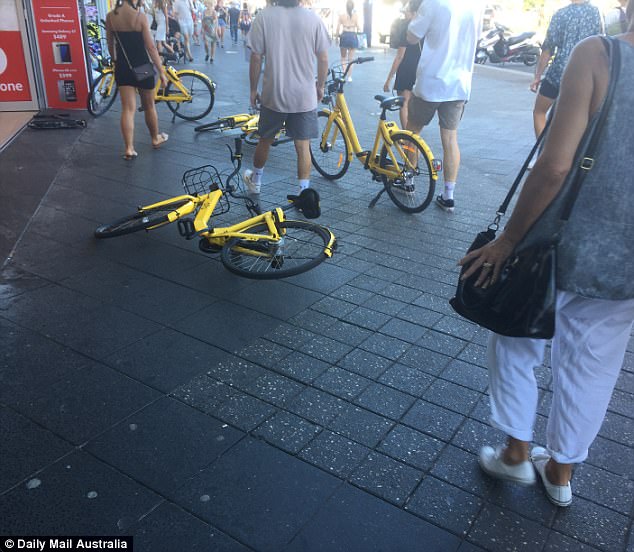 A spokesperson for NSW Police confirmed it is illegal for kids to ride bikes without a helmet.

‘Kids riding a bicycle without a helmet get the same infringement whether a kid, an adult, on an OBike or on their own bike,’ she said.

The OBikes have also been spotted dumped and picked up by teenagers at Coogee Beach, where the bikes are absolutely everywhere. 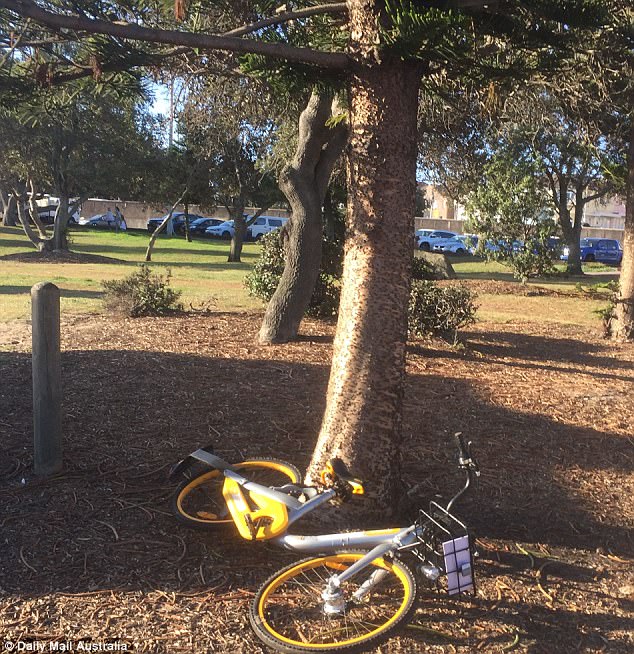