Dunga has been sacked from his position as Brazil manager after a disastrous Copa America Centenario.

The Selecao were eliminated from the tournament in the group stage after drawing with Ecuador and losing to Peru, either side of a 7-1 victory over Haiti, which proved irrelevant.

He is expected to be replaced by Corinthians manager Tite, who will take charge of the side at the upcoming Olympic Games, held in Brazil. 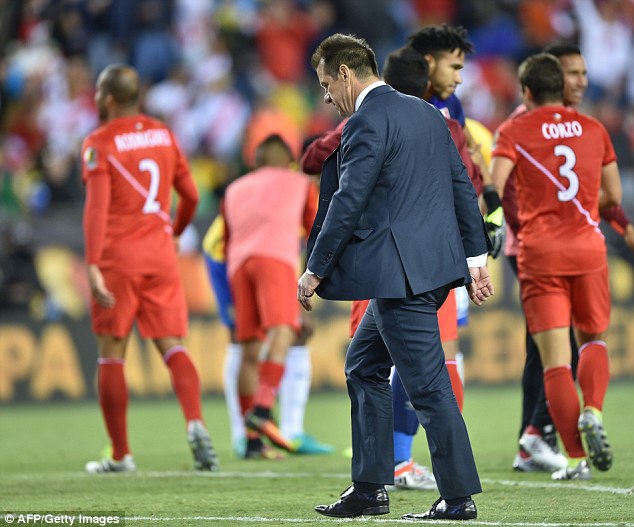 Brazil could only manage a single victory at this summer’s tournament in the United States, a 7-1 win 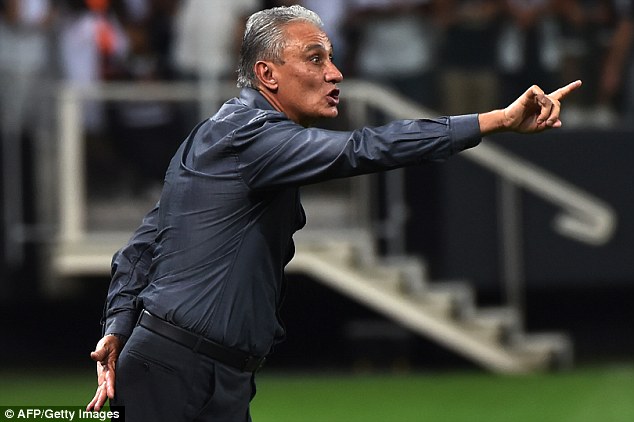 Dunga is expected to be replaced by Corinthians manager Tite, who won the Copa Libertadores in 2012

Dunga came into the tournament under pressure after his team underperformed in their 2018 World Cup qualifiers.

That was compounded by poor performances in the United States this month, leading to his dismissal.

The Brazilian FA (CBF) released a statement reading: ‘The Brazilian Football Confederation announced on Tuesday the decision to dissolve the Brazilian national team’s technical commitee. Leaving their positions are the teams coordinator, Gilmar Rinaldi, coach Dunga, and his entire team.

‘The decision was taken in agreement during a meeting this afternoon and, from now, the CBF is starting the process of choosing the new technical committee for the Brazilian national team. 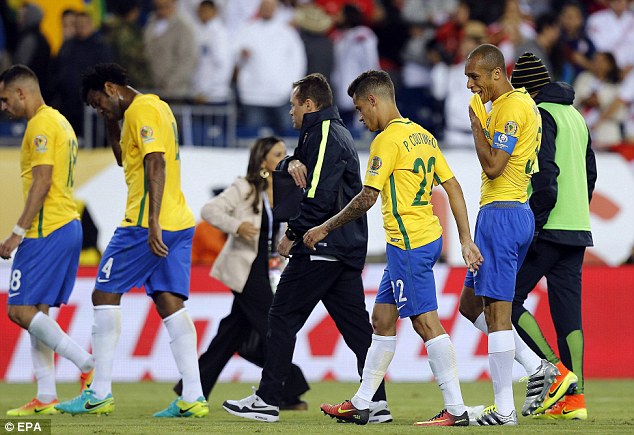 ‘The CBF give thanks for the dedication, the attitude and commitment of the previous staff while performing their work.’

This is the second time Dunga has been sacked as his country’s coach, having also met the same fate after being eliminated from the 2010 World Cup.

He was hired again after Brazil’s collapse under Luiz Felipe Scolari in World Cup 2014, where they lost 7-1 in the semi-final against Germany. 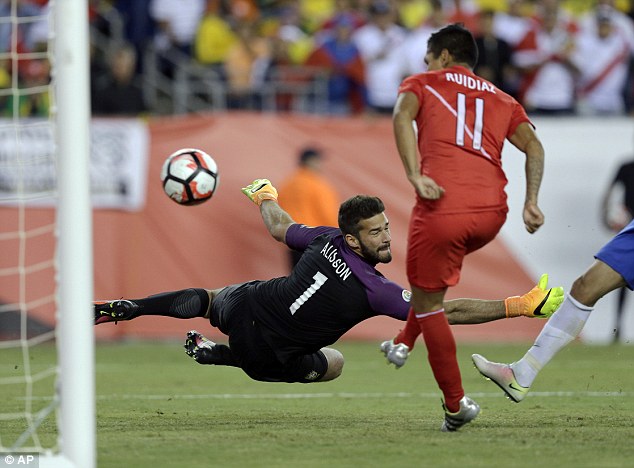 Brazil’s defeat by Peru was the final nail in his coffin, even though Raul Ruidiaz’s goal was punched home in a hugely controversial incident.

Dunga was asked after the game if he feared he would be sacked. He said: ‘I am only afraid of death, I am not afraid of that.’

The coach’s main task this summer was to win Olympic gold, with the Copa America a secondary target. However, their early exit was too great a humiliation for the CBF to retain him.