A chilling video has shown the devastating effect of swallowing a lithium coin battery – and what parents can do to save their child’s life.

The infographic, from Duracell, illustrates how these batteries start to burn through the oesophagus as little as 30 minutes after being ingested, causing life-long injuries and in some cases, even death.

If your little one has swallowed a coin battery, experts say you should go to the emergency department immediately without allowing the child to eat or drink and – if possible – providing medical staff with the serial number from the battery pack.

They say the worst thing you can do is it force your child to vomit as this can cause more damage to the throat and insides. 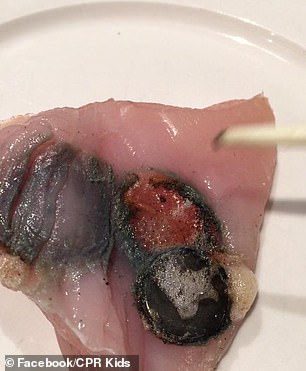 More than 20 Australian children are hospitalised each week after accidentally swallowing batteries.

Three have tragically died since 2013, including Gold Coast toddler Brittney Conway who passed away on July 28, 2020, three weeks after swallowing a battery and enduring significant medical procedures to save her life.

Duracell are now offering a solution with the launch of its first-ever range of coin batteries covered in a non-toxic coating of Bitrex – the most bitter substance on Earth.

The transparent film is said to provoke an ‘instinctive reaction’ that causes children to spit out the battery if they place it in their mouth.

The bitter-tasting batteries, which will be stocked in Coles and IGA in sizes 2032, 2025 and 2016, also come in a ‘double blister’ packaging which can only be opened with scissors – further reducing the risk of toddlers getting their hands on them.

What should you do if your child swallows a battery?

* Head to emergency immediately. Tell the doctors that you suspect your child has swallowed a battery and it was coin-sized.

* If possible, provide the medical team with the identification number found on the battery’s pack.

* Do not let the child eat or drink until an X-ray can determine if a battery is present.

* Do not induce vomiting.

Top heart surgeon Dr Nikki Stamp is calling on parents to be aware of the dangers lurking in plain sight at home, a plea that has never been more relevant with 14 million Australians – almost half the country – currently in lockdown.

Dr Stamp, who has operated on a child who swallowed a lithium battery, said more Australians need to be aware of the dangers of leaving the objects lying around.

‘It’s so important we continue to look for methods that can decrease the risk of ingestion, in addition to keeping these batteries, and devices that contain lithium coin batteries away from children,’ she added.

Founding director of CPR Kids Sarah Hunstead agrees, saying she knows of many families who aren’t even aware of the risks.

‘Children are innately curious, and it is a normal part of their development to put everything in their mouth,’ Ms Hunstead said.

‘That’s why it is of utmost importance to ensure that lithium coin batteries are kept away from young children.’

Back in 2019, Ms Hunstead demonstrated the dangers of lithium batteries with an experiment on a chicken fillet.

After placing a battery inside the meat, she closely monitored progress over the following hours, noting a small amount of burning had already occurred around the 30-minute mark.

By the time four hours had elapsed, the burn marks were clear and more pervasive. 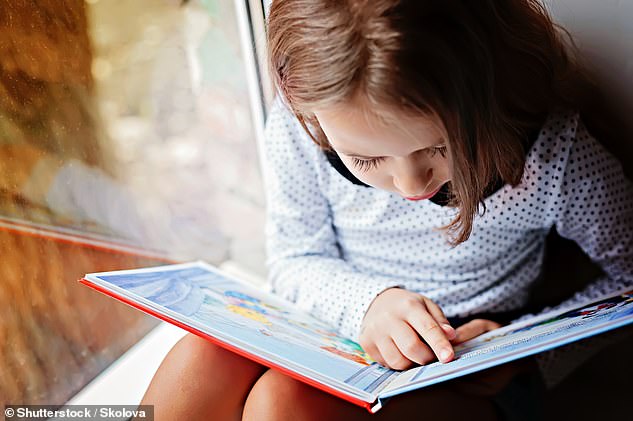 Those at greatest risk are aged under four years old, and there are currently around 20 children presenting to the emergency department with injuries each week (stock image)

The effect on the chicken flesh is reflective of what happens inside a child’s body.

Battery Controlled report when a coin-sized lithium button battery gets stuck in a child’s throat, ‘saliva triggers an electrical current’ that sparks a chemical reaction which can ‘severely’ burn the oesophagus in as little as two hours.

‘If this has happened to your child, they will likely start coughing, drooling or complain about discomfort,’ the website reads.

Ms Hunstead’s experiment quickly drew stunned responses after it was shared online, with some horrified but more grateful to have been educated on the issue.

‘My son swallowed one when he was three, [it was] the size of a 10c coin,’ one person wrote.

‘The coin stayed in him the next day until we got sent to the children’s hospital. It had burnt his stomach lining and his oesophagus went through hell. Now mothers, I don’t leave any batteries in the house.’

Another added: ‘I don’t understand why they haven’t stopped button batteries being put in children’s toys’.