Neighbours are up in arms after a pensioner lodged a plan to turn his back garden into a cemetery.

Alan Whitley proposed 200 graves at Bracken Cottage in Shincliffe, County Durham, after receiving interest from a funeral director due to a lack of plots in the east of the county.

But furious residents have accused the 74-year-old of trying to profit from coronavirus deaths.

They also raised concerns over funeral traffic on the driveway and whether the cemetery would stop them enjoying their properties.

Alan Whitley proposed 200 graves at Bracken Cottage in Shincliffe, County Durham, after receiving interest from a funeral director due to a lack of plots in the east of the county 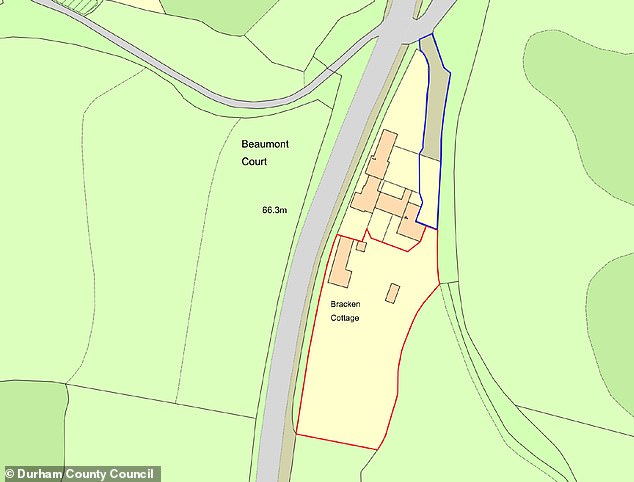 A map shows the proposed location of the cemetery, which has been met with stern opposition 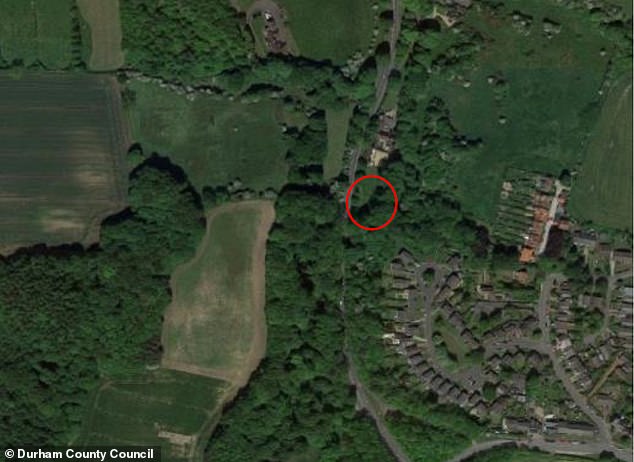 Furious residents have accused the 74-year-old of trying to profit from coronavirus deaths. Pictured: The proposed cemetery site

Mr Whitley, who used to run a hotel from the neighbouring sites before turning them into houses, said: ‘There would maybe be about three funerals a month and eight cars in total.

‘They would be able to park here [outside his home]. The amount of disruption it would cause would be quite insignificant if you think when it was a hotel and restaurant, it would be far busier.

‘There will be no extra money involved for me. I don’t have a licence to bury people, you need some kind of certificate.

‘When you get something like the pandemic, not long ago this area, the North East, had one of the highest death rates.

‘I just thought it would be nice to have a cemetery. People who have lived in Shincliffe for a long-time might like to be laid to rest here.

‘For anyone to suggest we are trying to make money from the pandemic is awful to say.

‘We have done nothing but work hard all our lives. I have enough money to retire on and so has my wife.

‘People should think about where they want to end up, they might want to be buried in Shincliffe.’ 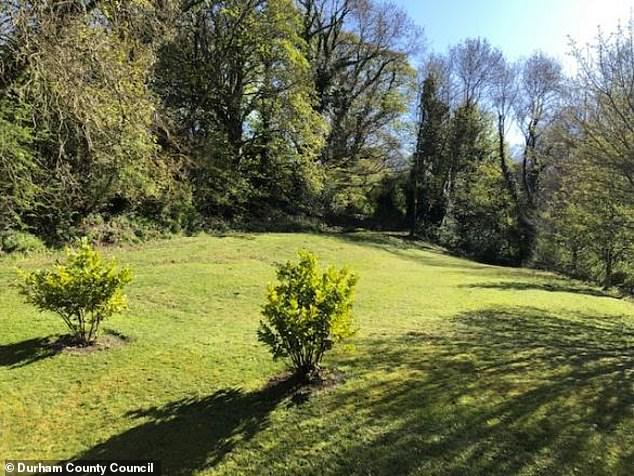 The land near Mr Whitley’s cottage, which was being used as a garden, is pictured in the planning documents 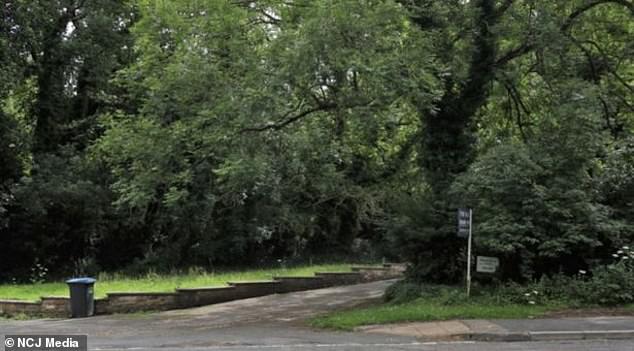 County Durham and Darlington NHS Foundation Trust has seen 252 coronavirus deaths since the outbreak, with 3,326 cases.

As many as 1,733 people have been killed by the virus across the North East and Yorkshire, with 15,163 infections as of yesterday’s figures.

One concerned neighbour blasted Mr Whitley’s plans in a letter of objection to Durham County Council.

They claimed the business would alter the character of Bank Foot and lead to an increase in traffic and parking on the A177, where the site will be accessed from.

They added: ‘This is a stretch of road which already has a history of accidents and near misses.’

Another wrote: ‘The noise generated by the machinery needed to dig graves and maintain the site and the additional traffic and people on the day of a funeral will significantly disturb nearby residents.

‘Access to the proposed cemetery is down a narrow, shared driveway; this would need to be accessed by multiple disruption, as visits to grave sides continue after loved ones are buried.’ 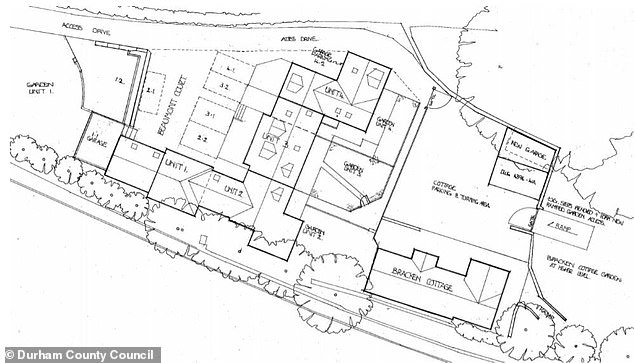 And one person added: ‘This application is presented as a public-spirited act designed to accommodate a recognised demand and motivated by a desire to provide a local service for local residents in response to the current coronavirus outbreak.

‘In the context of the lengthy and complex planning history associated with this property it is hard not to see this as the latest in a series of applications going back years to develop this property in an ongoing succession of ways.’

Homeowners said they should be able to enjoy the surrounding countryside and their own back gardens.

One put: ‘A child’s birthday party in the back garden, for example, while a funeral is happening literally over the fence, is going to make all parties feel very uncomfortable and upset.’

Shincliffe Parish Council opposed the plans, saying they are on ‘shared common open space’ and there is ‘no evidence that residents of Beaumont Court’ are happy with the change of use.

Durham South councillor David Stroker also objected, noting there is a modern cemetery and crematorium less than 10 minutes away.