Richmond Tigers AFL superstar Dustin Martin has admitted he has little recollection of a wild night of celebrations following his second premiership in three seasons.

The bleary eyed dual Norm Smith Medallist was still wearing his jersey as he and his Tigers teammates celebrated with thousands of fans who flocked to Punt Road Oval on Sunday.

He couldn’t give too much detail into Saturday night’s celebrations. 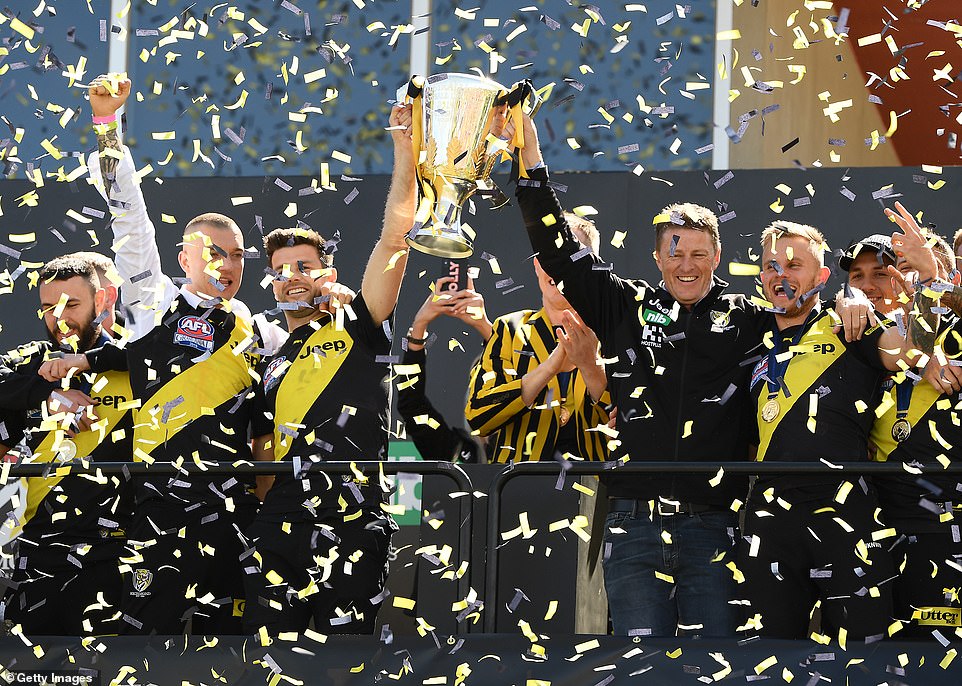 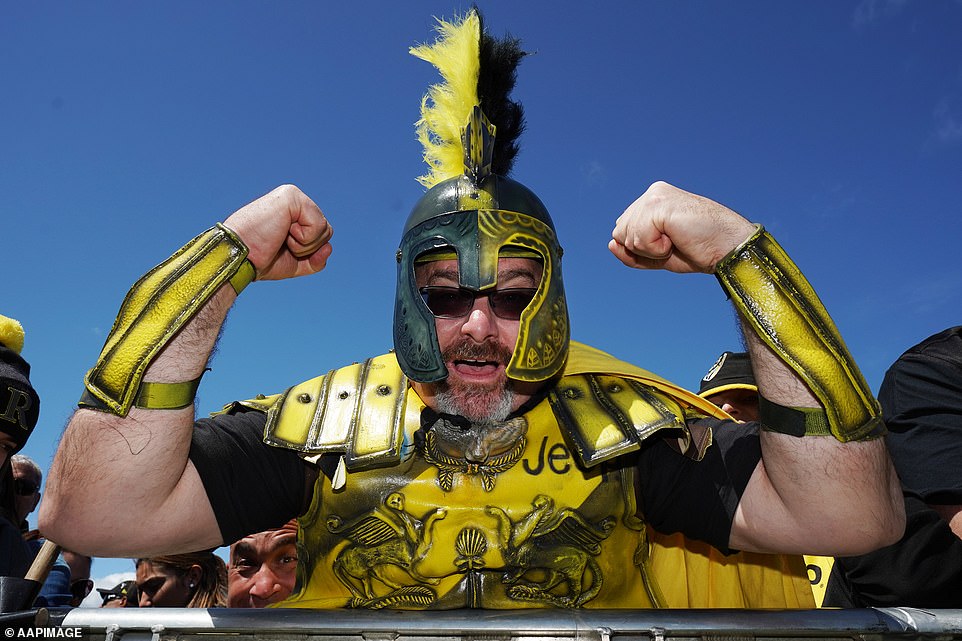 Boasting a membership of more than 100,000 fans, Richmond’s Yellow and Black Army were out in full force on Sunday 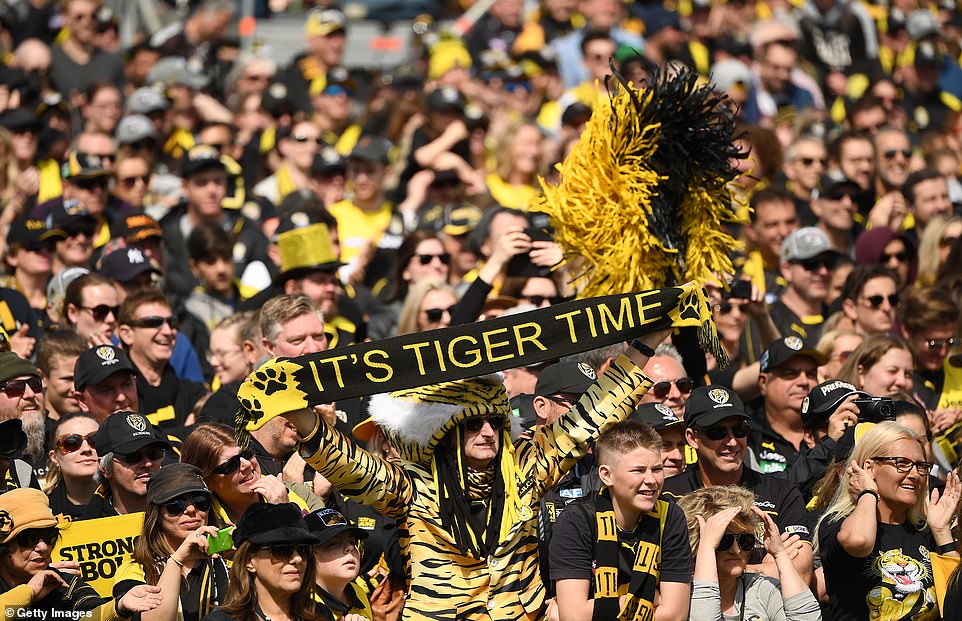 As the Tigers’ celebrations continued into their second day, it was a different story for the GWS Giants.

Giants players looked miserable as they fled Melbourne following their humiliating 114-25 defeat on the sport’s biggest stage on Saturday in their first AFL grand final.

Among the faces of dejection were Giants star Toby Greene, whose father Michael was arrested after he allegedly assaulted a female police officer while being escorted out of the MCG during the game for being too intoxicated. 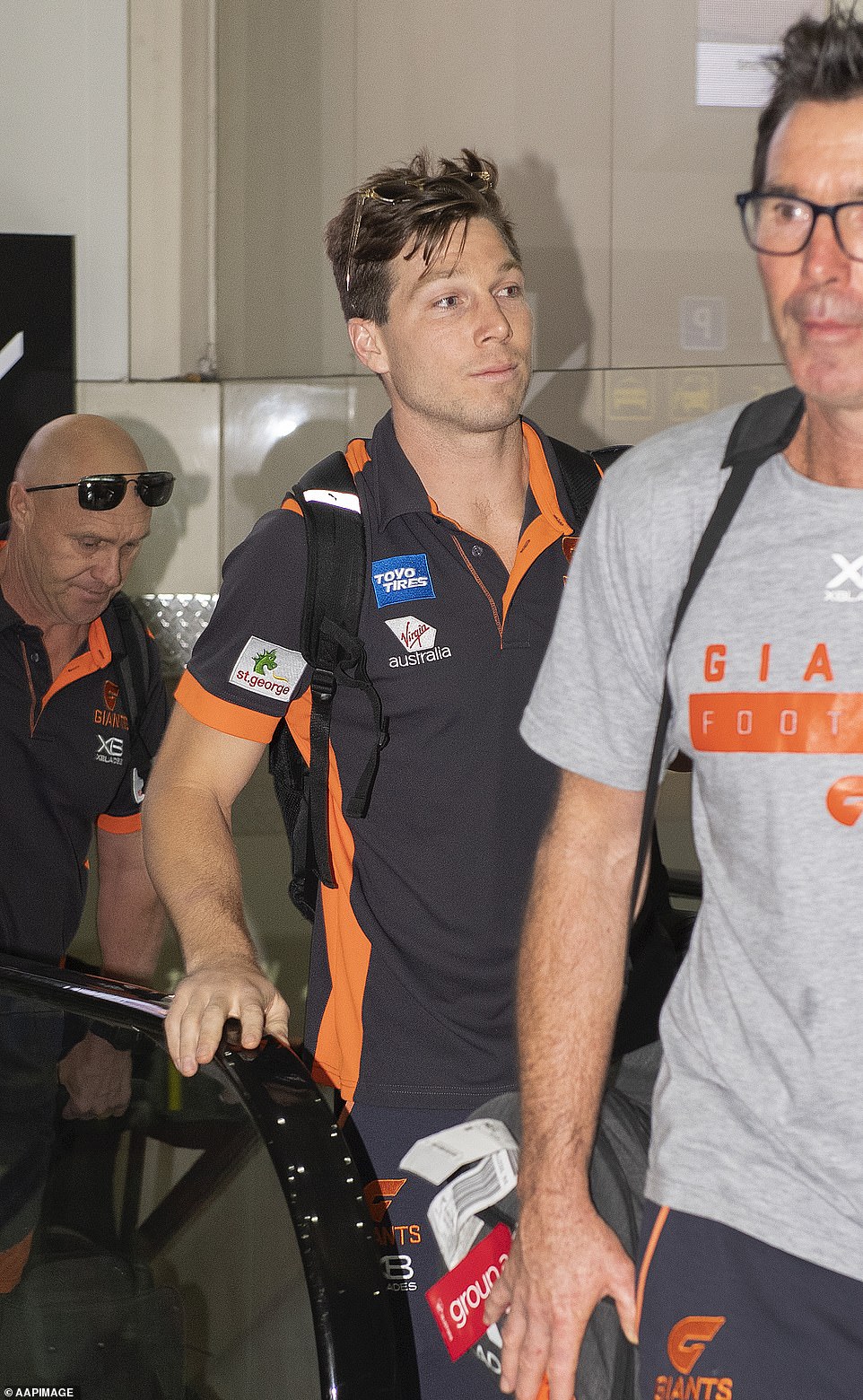 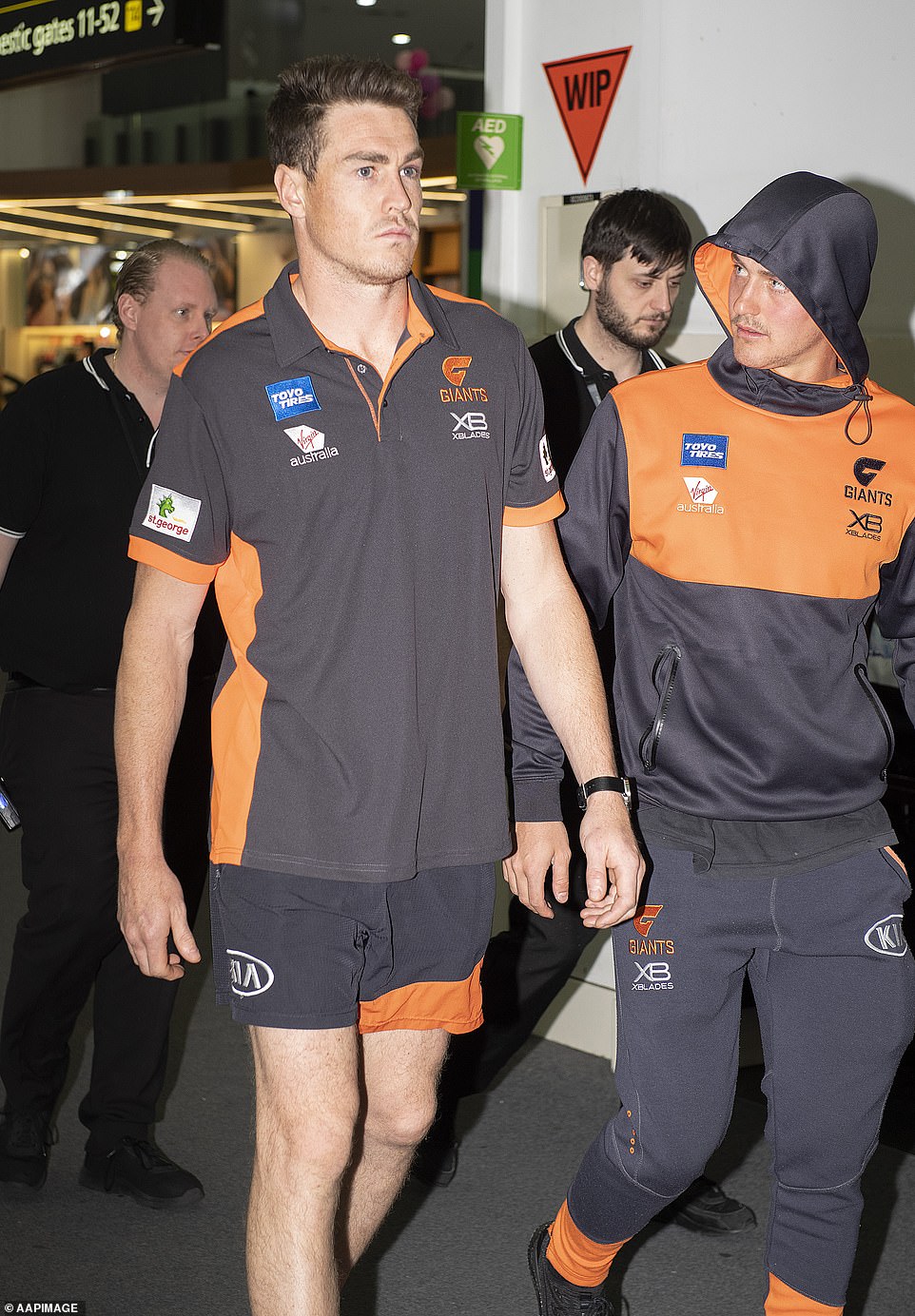 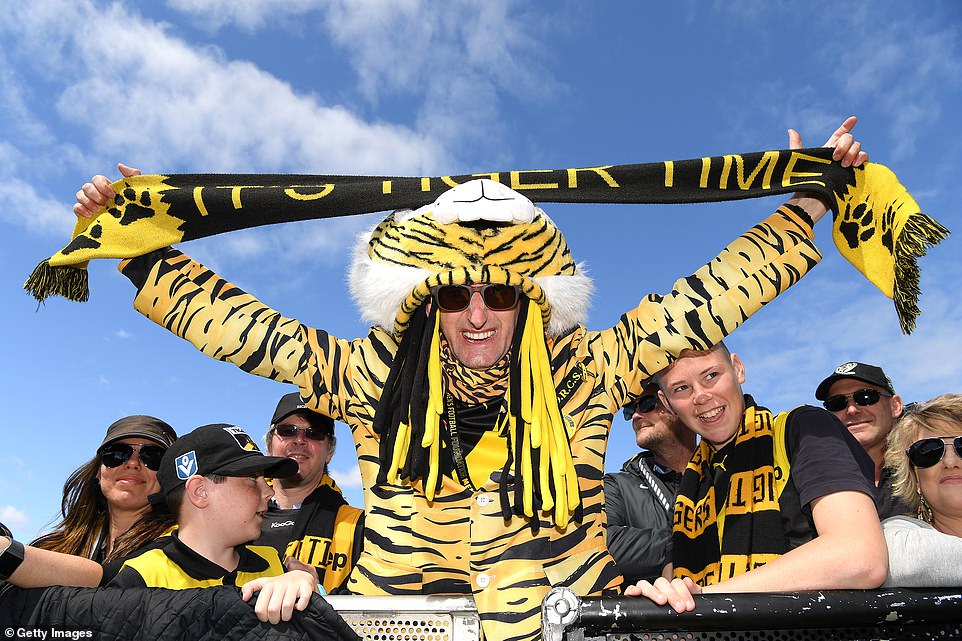 Meanwhile as the party continued in Richmond with many Tigers players still donning their premiership medals, Martin did his best to recall he could remember from the big night.

Not be able to celebrate with the Yellow and Black Army along the main strip of Richmond of Swan Street was one of them.

‘We tried to get the bus to go down there last night but the cops wouldn’t let us,’ Martin told fans.

Martin was voted as the best player on ground on Saturday with a four goal haul to claim his second Norm Smith  Smith. 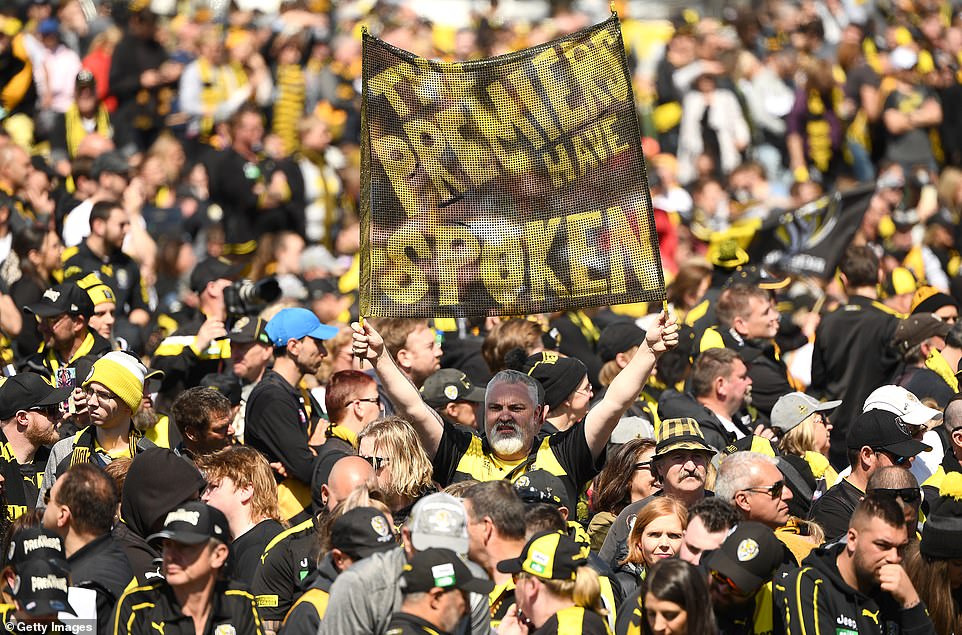 Punt Road Oval was a sea of yellow and black on Sunday, a day after Richmond won its second premiership since 2017 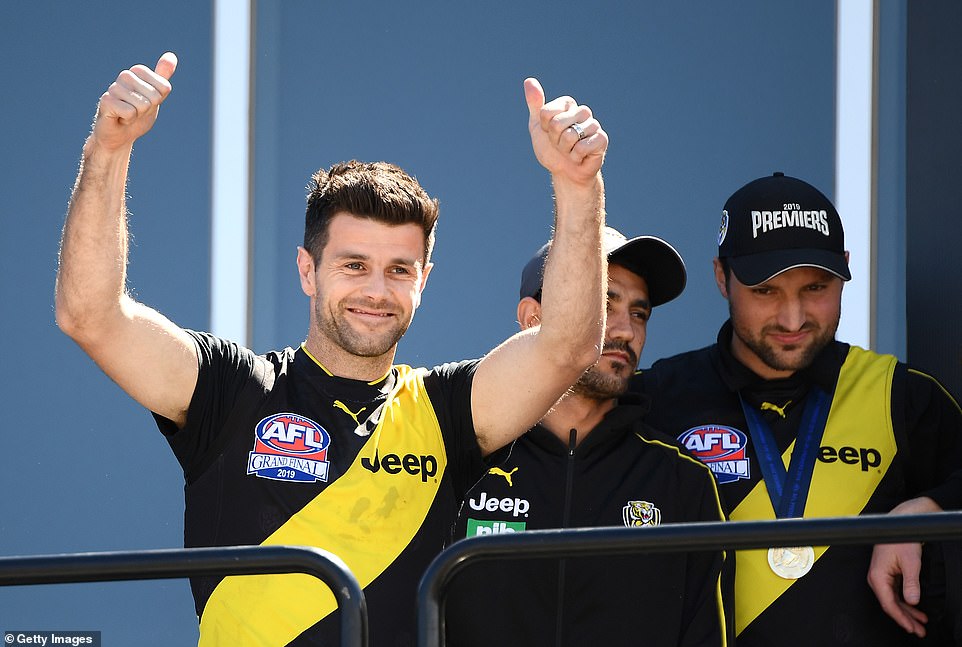 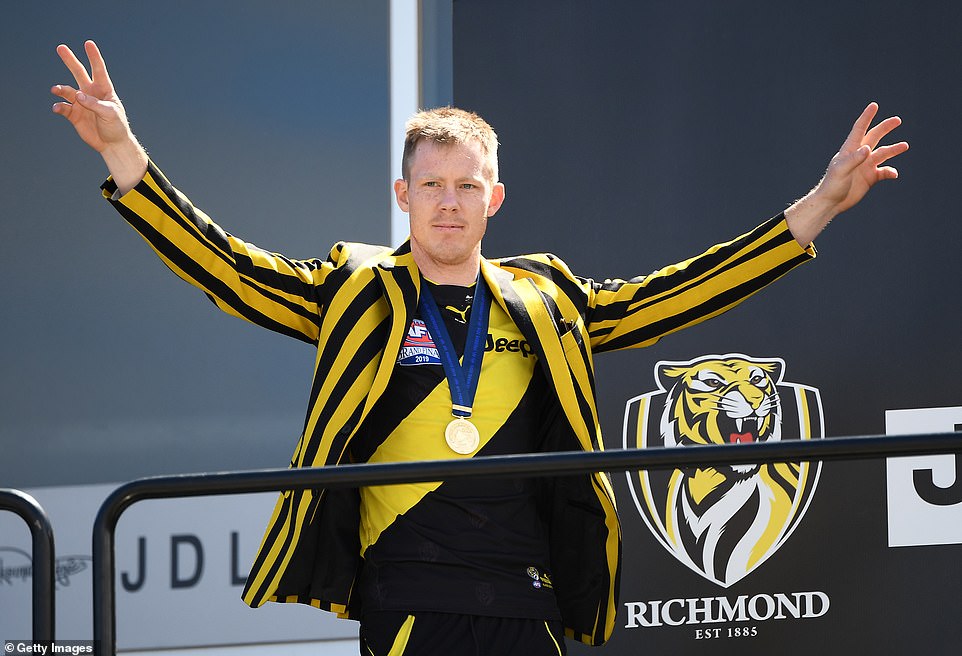 Sporting a yellow and black blazer, Jack Riewoldt was the best-dressed Tigers player as the premiership party kicked on 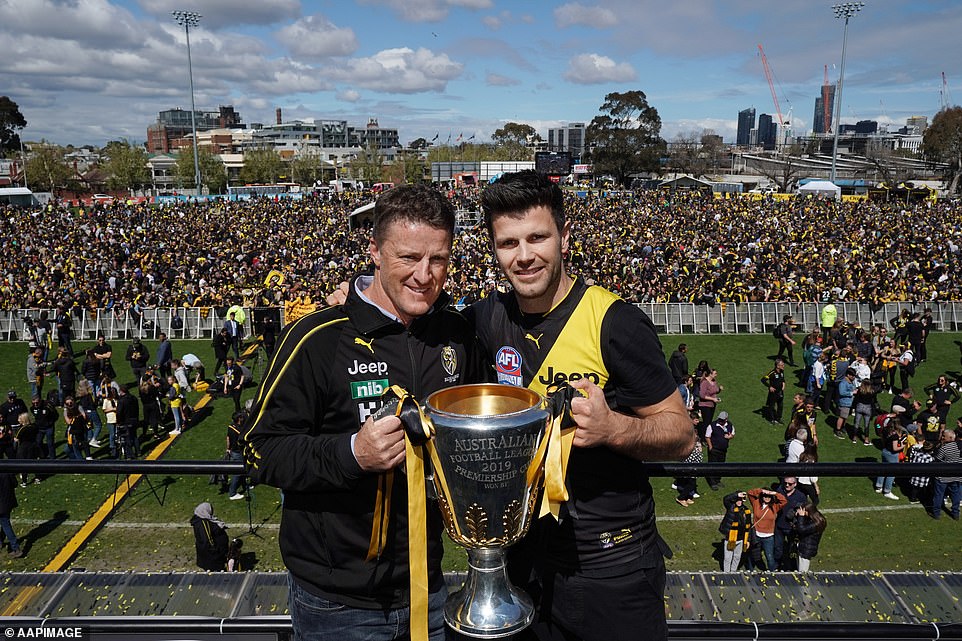 After a big night of celebrations, coach Damien Hardwick and captain Trent Cotchin still had a firm grip on the trophy