EXCLUSIVE: Dustin Martin’s celebrity tailor shares the secrets behind his red carpet style – and reveals what the footy bad boy is REALLY like

AFL superstar Dustin Martin is known for his flawless style when it comes to red carpet events like the Brownlow Medal.

And Monday night was no exception, with the 28-year-old looking absolutely dashing as he walked the red carpet at Crown Melbourne.

Celebrity tailor Kristian Scuderi of Menzclub spoke to Daily Mail Australia about Dustin’s style philosophy – and revealed what the Richmond player is like in real life.

After choosing a black shirt last year, Kristian said that Dustin opted for a ‘sharp’, classic look for AFL’s night of nights.

‘Dusty is very clean. He just wants to do a black dinner suit with a short lapel,’ the menswear expert said of his client’s tastes.

This year, Dustin wanted to keep his look classic and simple, knowing that the Brownlow red carpet is generally considered a platform for women’s fashion.

‘He wanted to [wear] a white shirt and a skinny black tie to keep things as sharp as possible,’ Kristian said. 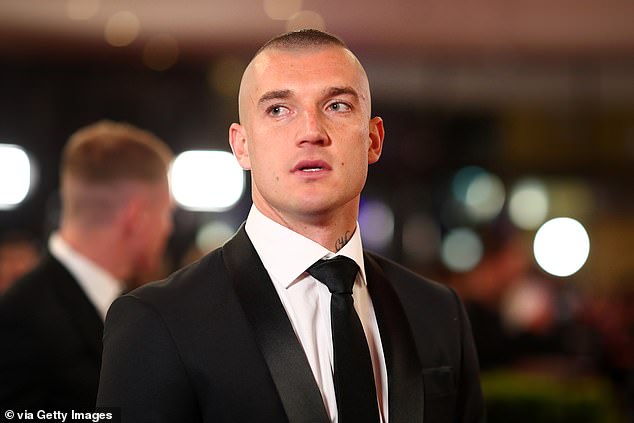 Dapper: ‘He wanted to [wear] a white shirt and a skinny black tie to keep things as sharp as possible,’ said Kristian Scuderi of Menzclub. Pictured: Dustin at the 2019 Brownlow Medal

While Dustin’s personal life is the source of much speculation, Kristian said the sportsman wasn’t accompanied by a girlfriend when he attended his fitting.

‘He always comes in alone,’ he revealed, adding that Dustin prefers to go solo to red carpet events because he considers them to be ‘a night out with mates’.

One of the most surprising things about Dustin, according to Kristian, is his sense of humour and disarming shyness. 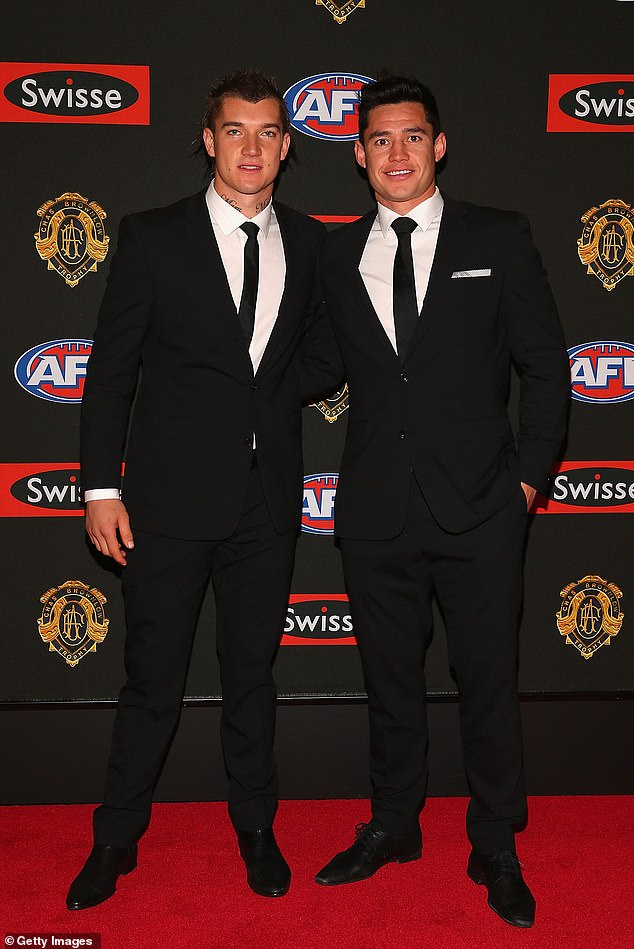 Kristian said: ‘There were other people in the shop [during his fitting], and he asked them, “What do you think?” He is really nice. He’s really shy, but he’s nice to us.’

When asked for his essential style tips for men, Kristian said it’s important to always get the correct fit and wear shoes that match one’s belt.

Melbourne’s Menzclub has dressed the likes of Josh Caddy, Jack Viney and Jack Merritt for the Brownlow Medal red carpet. 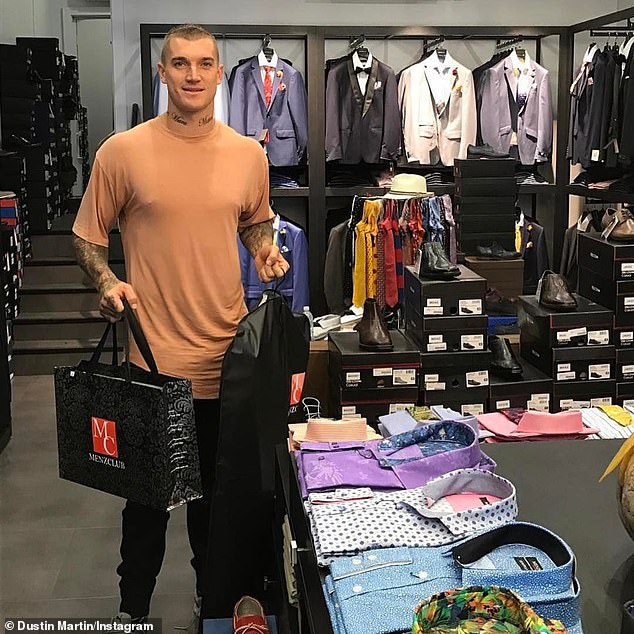 Behind the scenes: One of the most surprising things about Dustin, according to Kristian, is his sense of humour and disarming shyness. Pictured: Dustin Martin at Menzclub in Melbourne

Kristian said that, generally speaking, AFL stars are more confident dressers than the general public but can be quite stubborn when it comes to personal taste.

‘The footballers, they come in and if they see something they don’t like, they will say, “I don’t want to do that”.’ 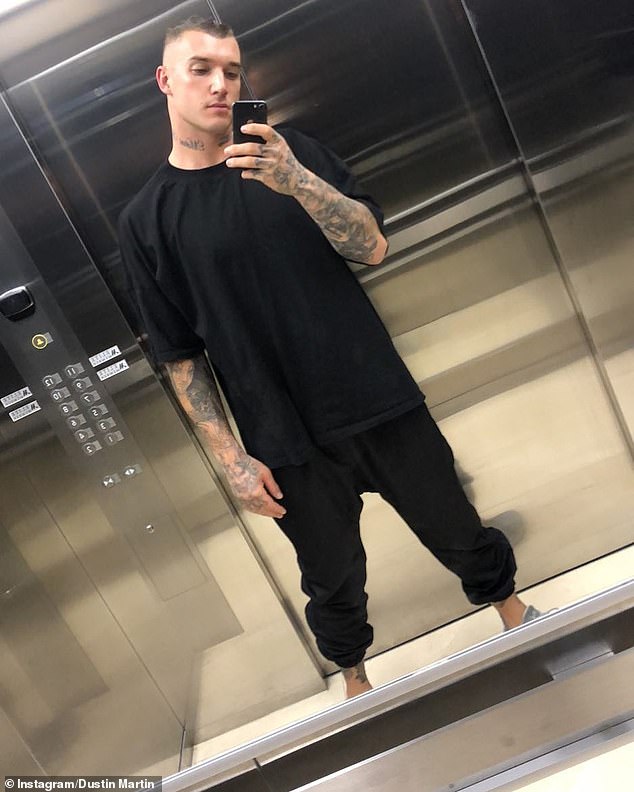