The father of footy superstar Dustin Martin was in tears as he watched his son win the AFL grand final from afar after he was kicked out of Australia.

Shane Martin watched from Auckland as his son Dustin’s Richmond Tigers defeated the Adelaide Crows 108-60 in the AFL decider at the Melbourne Cricket Ground on Saturday afternoon.

Shane was booted out of Australia and told not to come back by Immigration Minister Peter Dutton due to his association with the Rebels motorcycle club.

He told the Herald Sun watching the game was ‘unbelievable’. 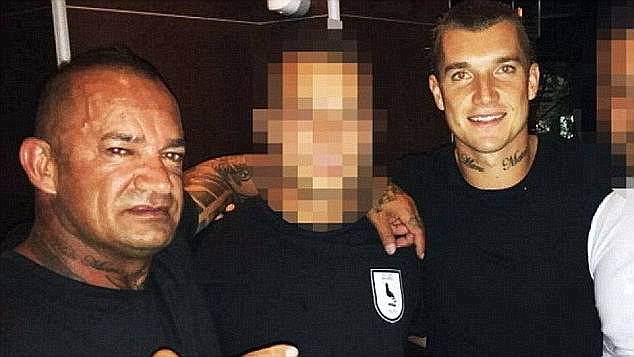 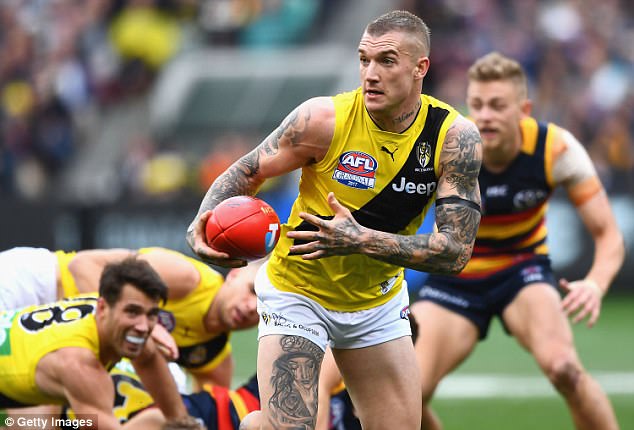 He said he hoped Dustin could back up his Brownlow award with a premiership and the Norm Smith for best on ground during the final – which he did.

The senior Martin was overcome with emotion as he watched his son receive the Brownlow medal for the AFL’s best player this season.

He busted out a huge grin and fist-pumped, saying ‘good boy’ after Dustin clinched the award ahead of Geelong’s Patrick Dangerfield. 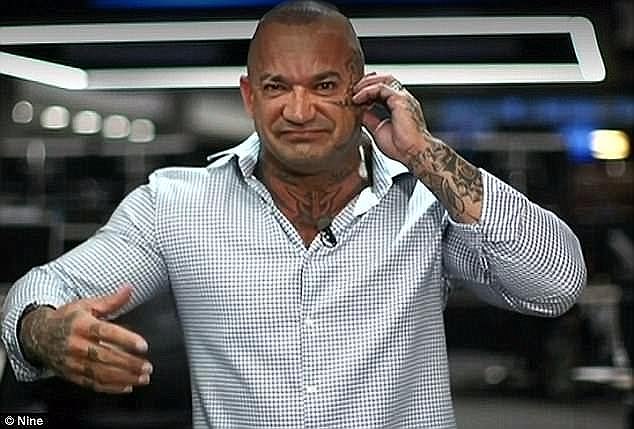 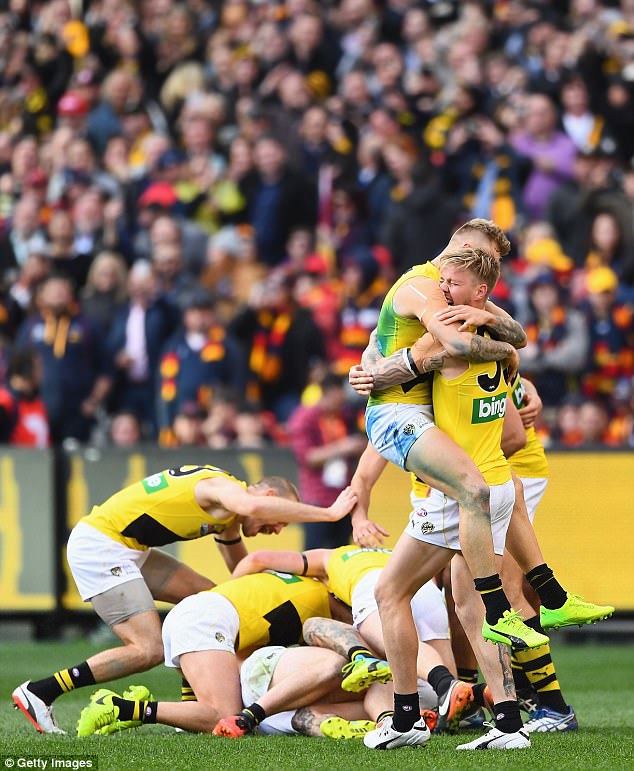 Richmond Tigers players celebrate after winning their first premiership since 1980

He then broke down in tears as Dustin thanked him in an emotional acceptance speech, saying: ‘To dad, I know it is tough for you not being here this week, but I know how much you love me and I love you very much.’

The imposing man, covered in tattoos like his AFL star son, was joined by wife Adriana and stepdaughters Emma, 17, and Alana, 15, in New Zealand.

‘I was trying to hold back the tears… it’s pretty hard, but very special moment,’ he said.