Ivo van Halen, 34 from Rotterdam, went looking for his siblings after his parents told him he was donor-conceived

A man from the Netherlands hopes that DNA tests will help him find up to 1,000 other siblings that he never realised he had.

Ivo van Halen, from Rotterdam, was told five years ago by his parents that he was donor-conceived and has already had genetic tests to identify his biological father and almost 60 half-brother and sisters in the Netherlands.

However, the 34-year-old, who works in IT, believes they represent only a small part of his vast immediate family.

After his initial shock at hearing his parents’ secret, Mr Van Halen was curious to discover his biological father’s identity, but could not obtain details from the donor clinic under anonymity rules.

Like an increasing number of people who were donor-conceived or adopted, he turned to DNA testing companies that have databases of millions of customers’ genetic profiles.

He first took a £60 test from Family Tree DNA which lists biological relatives who have also taken the test, with the estimated relationship based on the proportion of shared DNA.

People share 50 per cent of their DNA with a parent and about 25 per cent with a half-sibling, for example.

After providing a swab of saliva, Mr Van Halen was able to receive results online two months later and was fortunate that many relatives had also taken the test.

He told The Times: ‘I found my biological father and 42 half-siblings right away.’ 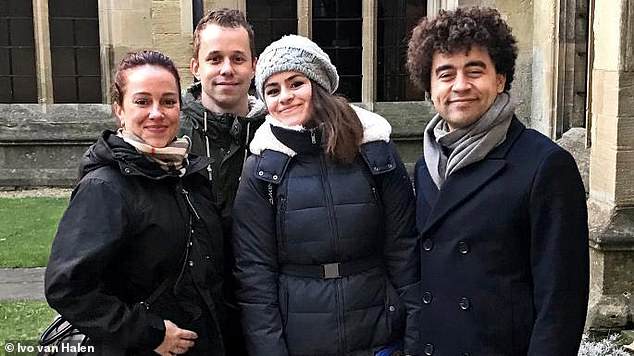 He spoke to several half-siblings before taking the ‘scary’ step of contacting his biological father but have since revealed shared interests including a love of puzzles.

He has already met a number of his half-siblings, some of whom grew up close to him.

‘Some of the others had known each other before they found out they were related and had almost dated. That’s one reason this sort of knowledge is so important.’

He said that one of the most interesting revelations for him was that his biological father’s father was from the former Dutch colony of Suriname in South America, and of African heritage.

He never suspected he had non-European ancestry and said it was not obvious in his appearance.

However, some of his siblings did not know their background until they were contacted by other, but they said they were relieved to find out because they had felt that something ‘wasn’t right’.

A Dutch government organisation for donor-conceived people estimates that up to 1,000 children may have been conceived from sperm from Mr Van Halen’s biological father, who donated regularly at three clinics over 20 years. 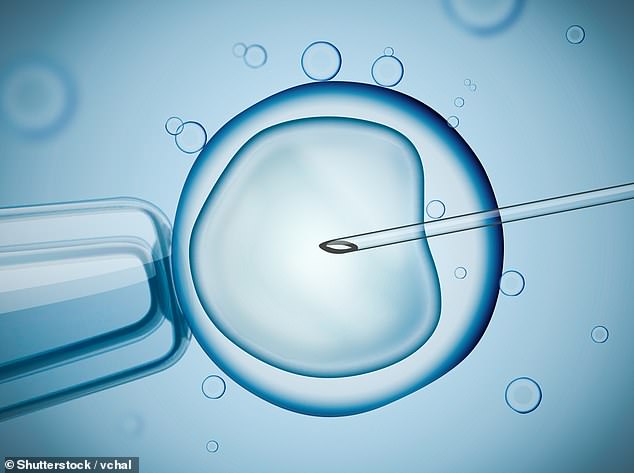 A Dutch government organisation has estimated that up to 1,000 children may have been conceived from Mr Van Halen’s biological father (stock)

This would make him one of the most prolific donors, surpassing the Austrian Jewish physiologist Bertold Wiesner whose sperm was used to artificially inseminate an estimated 300-600 women at a clinic in central London.

The donor’s own estimate is a more conservative 200 offspring.

The clinics provided sperm across Europe, including in the UK, and Mr Van Halen suspects that he may have half-siblings in this country.

He recently tested with Living DNA, a British company, with the hope of finding some of them.

He has used his experience to help others to identify their donors and siblings. ‘Often people only have second-cousin matches, for example, but it is possible to use those leads to identify closer relatives,’ he said.

The Human Fertilisation and Embryology Authority suggested recently that firms should provide more comprehensive warnings and signpost counselling and other support services.