The Dutch national railway company is promising to pay Holocaust survivors and victims’ families as a way of addressing the role it played in mass deportations of Jews by Nazi occupiers during World War II.

The rail company, NS, said in a statement today that its involvement in the deportations ‘is a black page in the history of our country and our company.’

A newly installed commission will look at ways of making direct payments, but it is not yet clear how many people could be eligible.

Memorial: A Rabbi is seen placing a rose on the railroad tracks at former concentration camp Westerbork, the Netherlands, during a ceremony in 2015

Company spokesman Erik Kroeze said Wednesday that it is too early to say when the commission, which has yet to be appointed, will reach conclusions.

‘For us it is important to put care ahead of speed,’ he said.

More than 100,000 Jews in the Netherlands – 70 per cent of the Dutch Jewish community – did not survive the war. Most were deported from the Netherlands and killed in Nazi concentration camps.

Most of the Dutch victims were rounded up in cities and taken by train to camps in the Netherlands before being sent to the border and put on German trains to concentration camps.

NS apologized for its role in the deportations in 2005. But that was not enough for Salo Muller, a former physiotherapist with Amsterdam soccer club Ajax whose parents were sent by train to the Westerbork camp in the eastern Netherlands before being transported to Auschwitz, where they were murdered in the camp’s gas chambers. 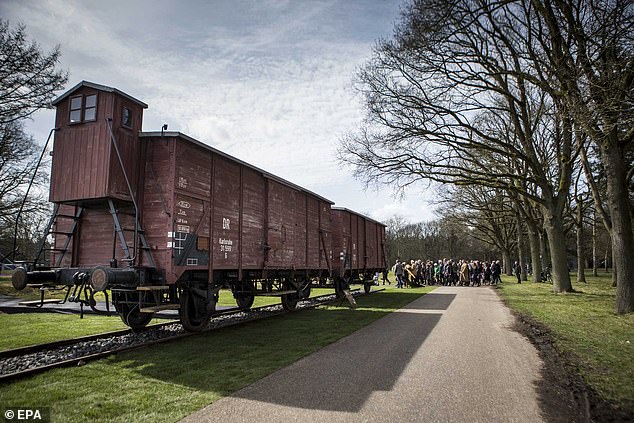 Carriages of death: Two railway boxcars used at Westerbork are seen at the memorial center in Hooghalen, the Netherlands 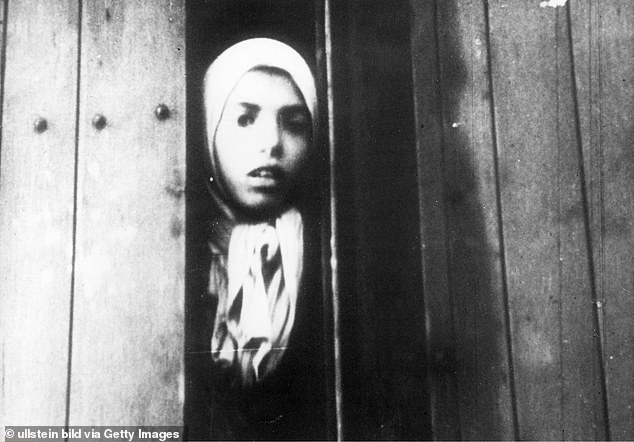 Victim: Settela Steinbach, a Dutch Romani girl is pictured looking out of a train carriage at Westerbork in May 1944, shortly before her deportation to Auschwitz where she was murdered 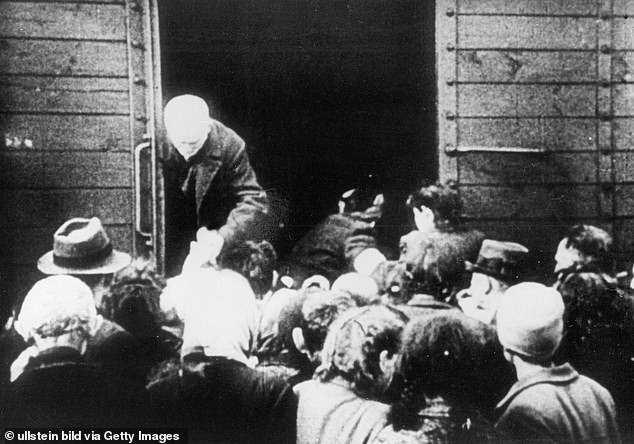 Holocaust horrors: Victims are seen being loaded onto a train at Westerbork in 1943

Never forget: A rebuilt Westerbork barrack is seen in the background of a large photo of what the camp looked like during World War II

‘What this means for me is that the NS sees that the suffering is not over; that very many Jews are still suffering,’ Muller said on Nieuwsuur.

‘That is why I am so happy that they now see, on moral grounds … that reparations will be paid.’

The Dutch railway company is not the first in Europe to confront its dark wartime history. 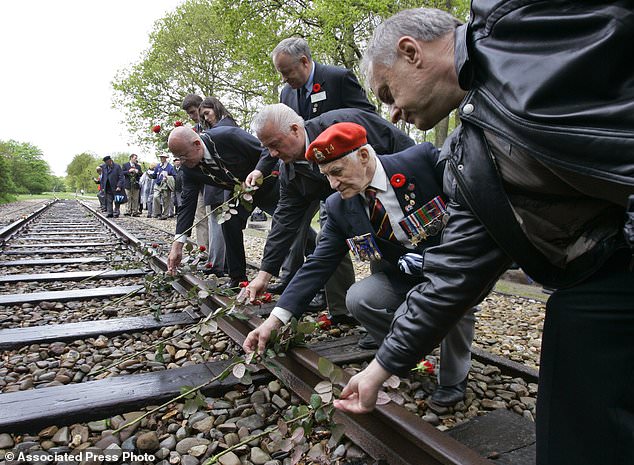 The railway acknowledges that SNCF’s equipment and staff were used to transport 76,000 Jews to Germany. SNCF has argued that it had no effective control over operations when France was under Nazi occupation from 1940 to 1944.

France’s government has paid more than $6 billion in reparations to French citizens and certain deportees.

The German government has paid around 70 billion euros in compensation for Nazi crimes, mainly to Jewish survivors.