The Dutch royals have celebrated five years since King Willem-Alexander’s accession to the throne in a series of stunning portraits.

The stunning portraits were taken in the royal palace of Amsterdam and sees the family pictured together for the first time since their ski trip to Austria in February.

The glamorous snaps were taken at the royal residence in the Netherlands last month by photographer Erwin Olaf who previously captured the queen and her daughters in October to celebrate King Willem’s 50th birthday.

The acclaimed photographer had also previously had the Dutch royals pose for him back in 2013 when he captured the king for the new two euro coin and then again in 2011 for another family portrait.

In his most recent snaps Olaf creates movement in his images by getting the family-of-five mid-stride in the opulant hallways of the palace.

Dressed in a monochrome palette the three girls are also photographed individually with Princess Alexia proving particularly striking thanks to her flame coloured locks inherited from her father.

The king and queen also pose for a second portrait this time wearing ceremonial dress. 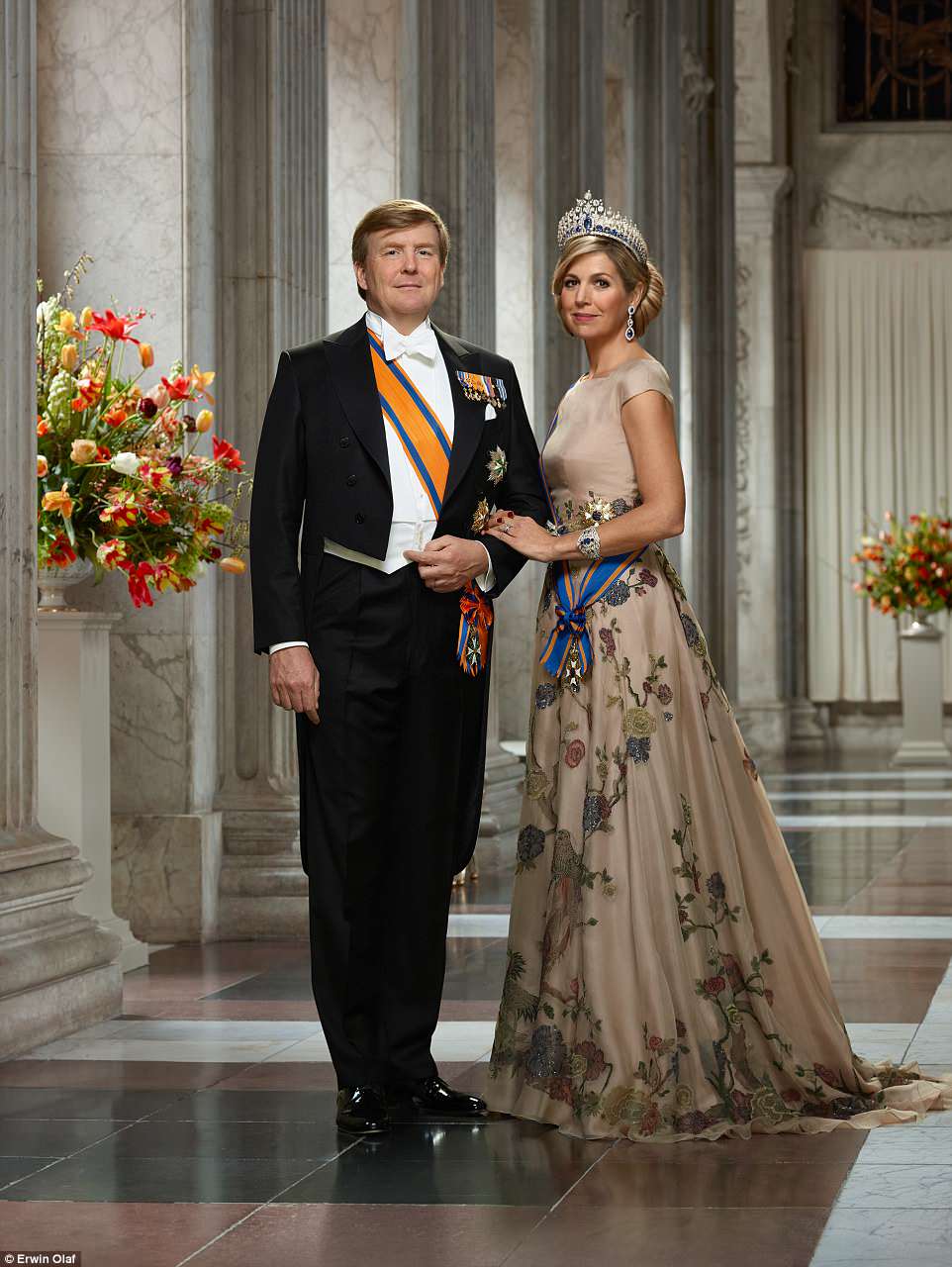 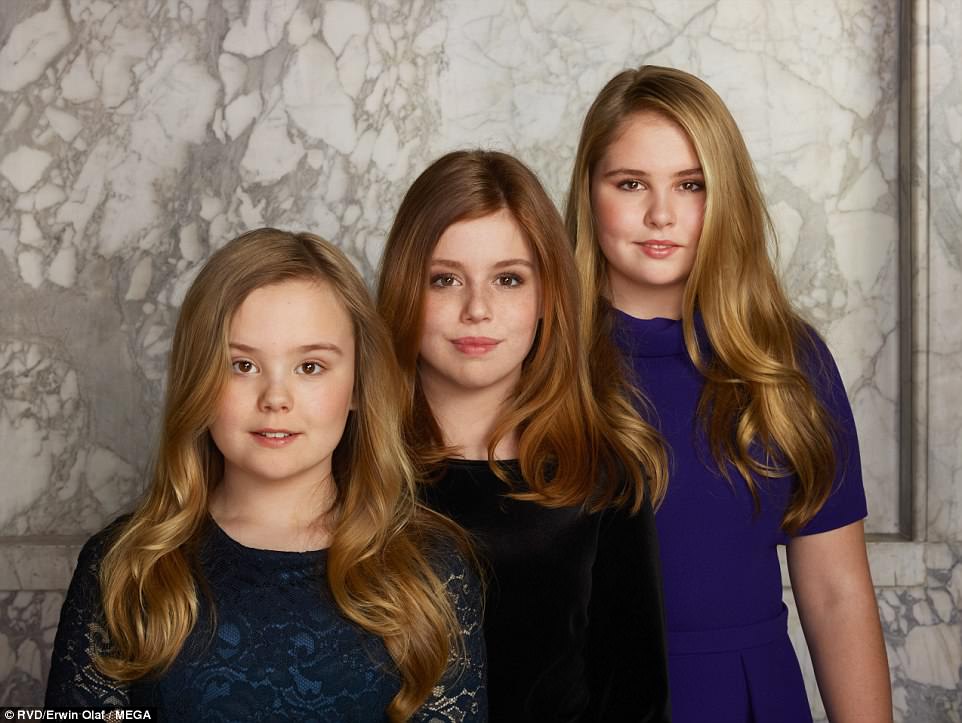 The three sisters also poses in height order in another sweet snap, the first time they have been pictured since their ski break in February

Maxima is a vision in a taupe coloured gown with a floral design and on is seen wearing the Dutch sapphire tiara which includes 655 African diamonds and is set in platinum. Dating back to 1881 the crown has been worn by many generations of the royals and features 33 sapphires.

The mother-of-three also dons the ceremonial sash of the Order of the Netherlands Lion which dates back to 1815 and is the highest civilian order.

Meanwhile King Willem looks his dapper best in a coat and tails decorated with military accolades including the Order of Orange-Nassau.

Created in 1892 by Queen Emma the order recognises foreign diplomats, as well as Dutch citizens, for their service to the nation. 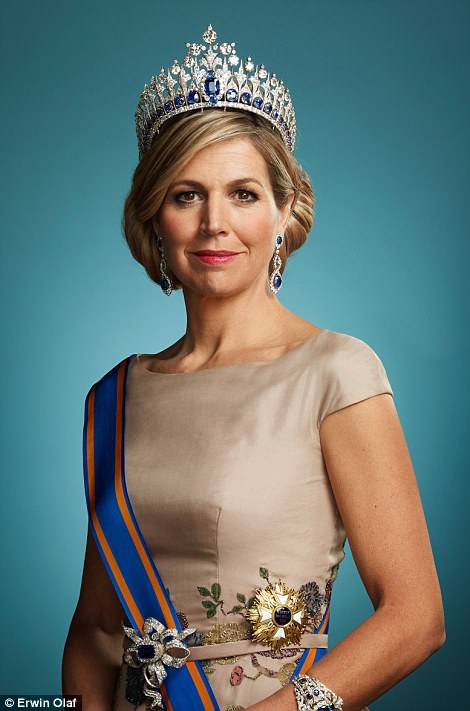 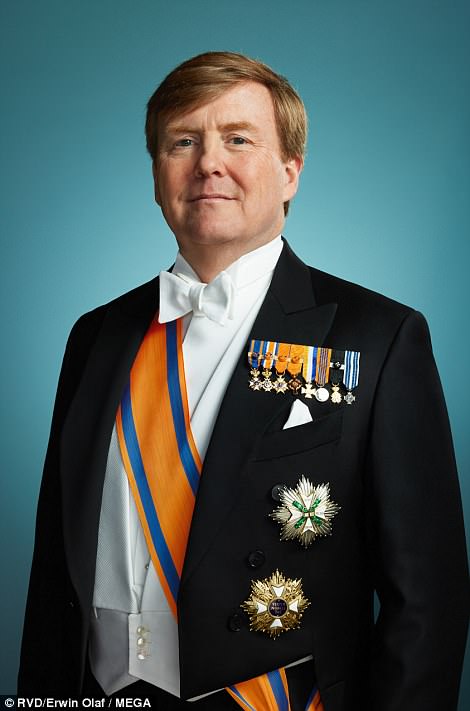 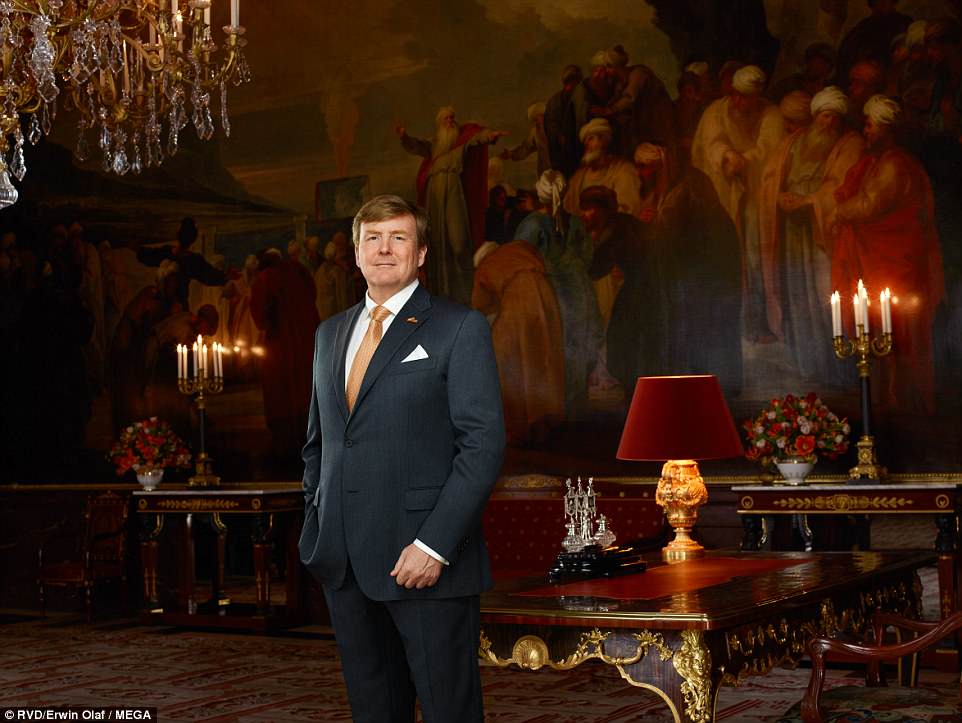 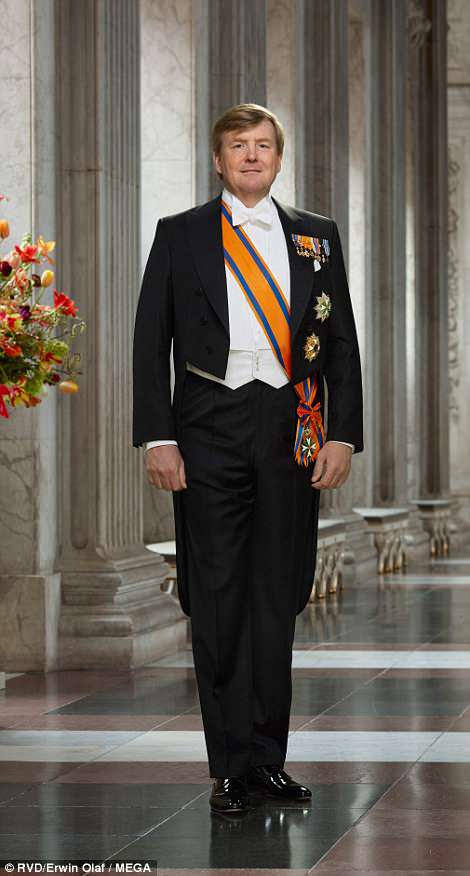 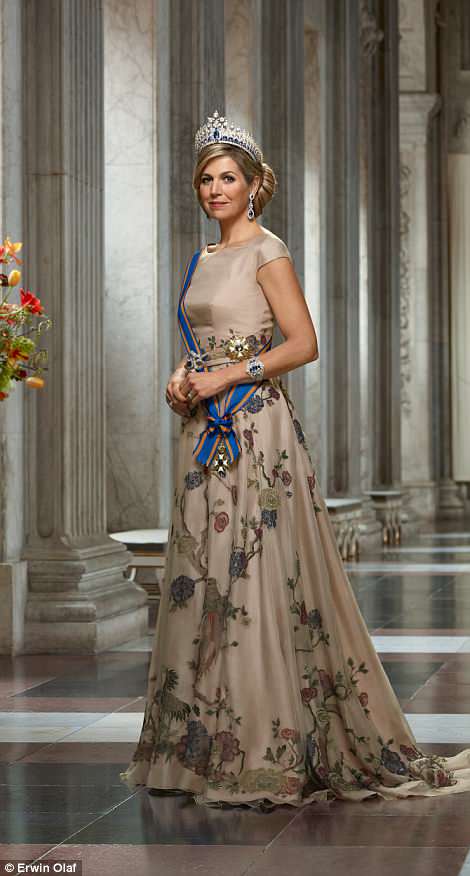 The royal couple pose together and individually and in one further portrait King Willem poses alone in the drawing room of the palace wearing a charcoal suit.

The official anniversary of Willem’s kingship will take place next week with celebrations expected across the nation.

An international financier by training, Máxima was born in Argentina and married into the Dutch royal family in 2002, three years after meeting her husband-to-be in Seville, Spain.

Despite reportedly having no inkling that Willem-Alexander was heir to the throne when the pair first met, she eventually became Queen consort when her husband ascended to the throne.

Willem-Alexander became king after his mother, Beatrix, abdicated in April 2013 after 33 years as reigning monarch.

The couple are parents to Princess Amalia, Alexia and Ariane – affectionately dubbed ‘the A team’ by their doting father.