Sasha Pieterse has lost a lot of weight since she started kicking up her heels with partner Gleb Savchenko on Dancing With The Stars.

The beauty, who revealed in September that she had gained 70lbs from Polycystic Ovary Syndrome, claimed on Monday evening that she is lighter on the scale.

‘We’re halfway through the competition and I’ve lost 37 lbs. It really is magical,’ said the Pretty Little Liars vet.

Slender lady: Sasha Pieterse has lost a lot of weight since starting Dancing With The Stars. Seen on Monday with partner Gleb Savchenko

Though the star was eliminated from DWTS on Monday, she received tons of praise.

Judge Carrie Ann Inaba said, ‘I love the way your body interprets these dances. You’ve got so many beautiful angles. Mesmerized! Well done!’

‘Being a contestant on the show was something I never dreamt of and I’m doing it. I love it, and I’m so thankful for this opportunity,’ Sasha said. 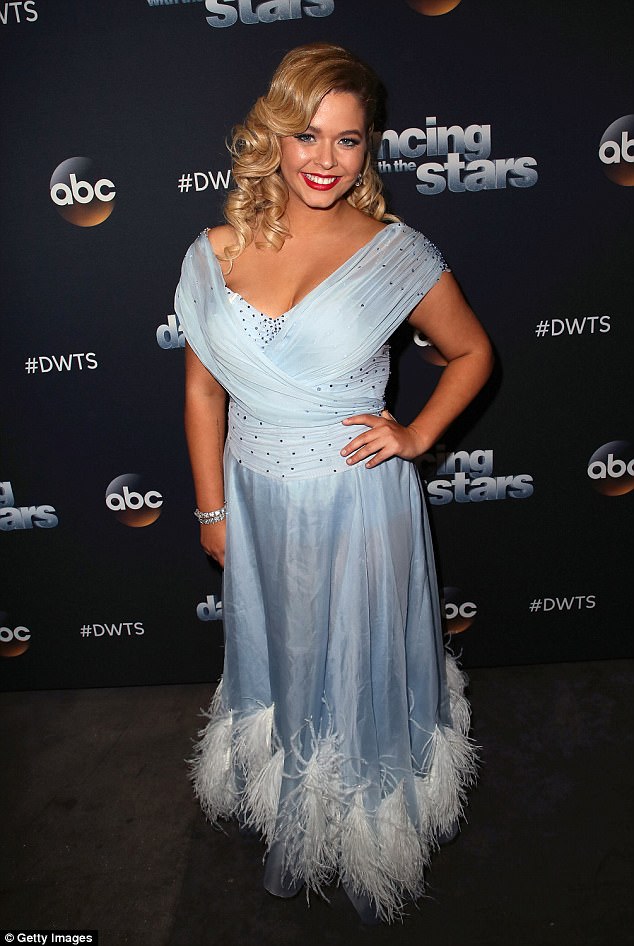 New: The beauty claimed on Monday evening that she is lighter on the scale – she has lost 37lbs in the past few months. Here she is seen in late September

‘It was incredible. I knew that it was going to be amazing, but it totally blew my expectations away. I have had such an incredible time and I love everybody here, so obviously this is a very sad moment for me, but I’m just so thankful,’ she added.

‘I’ve had an amazing experience, and I’m so happy I got to share my story.’

Pieterse was the fourth person to be eliminated after Barbara Corcoran (Week 1), Debbie Gibson (Week 2) and Derek Fisher (Week 3).

Beautiful at any size! The blonde revealed in September that she had gained 70lbs from Polycystic Ovary Syndrome. Left she is seen in 2014 and right she is pictured in March

In early October Sasha said she had lost 15lbs while competing on this season of the ABC show.

‘I’m feeling like me again,’ she said at the time.

‘Being on the show, I’ve lost over 15 lbs. It’s not an easy road, but being able to focus on getting myself healthy again, and the fact that I’m seeing results, getting better is all I can ask for.’

Unfortunately after she gained the weight, trolls took aim at her and added insult to injury.

‘It was really, really hurtful the way people reacted,’ the South African admitted. 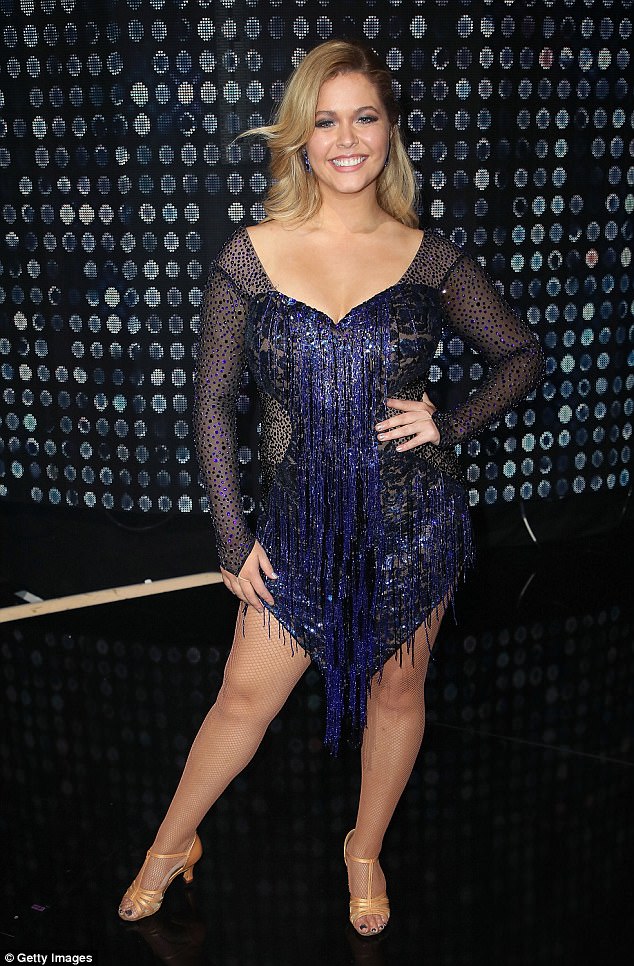 Looking great! The actress is seen here in mid September wearing a sparkly costume for DWTS

‘People were staying stuff like, “She’s pregnant” and “You’re fat.” They were angry or mad that I looked like this. It was one of the hardest things I have ever been through.’

Her weight gain was puzzling to her.

‘I had no idea what was going on and I didn’t have any way of solving it,’ she said. Then she went to the doctor. 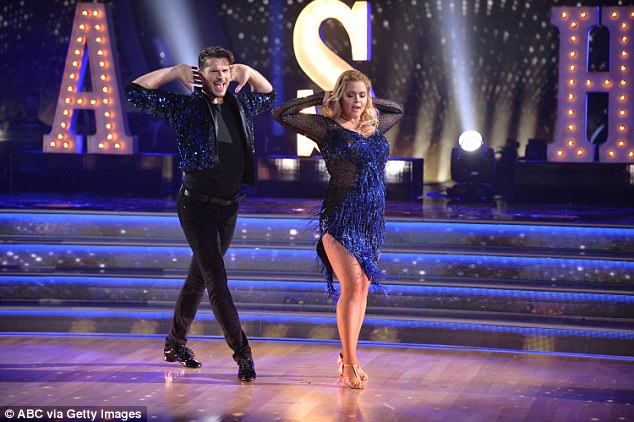 Making all the right steps: With her partner Savchenko on DWTS in September 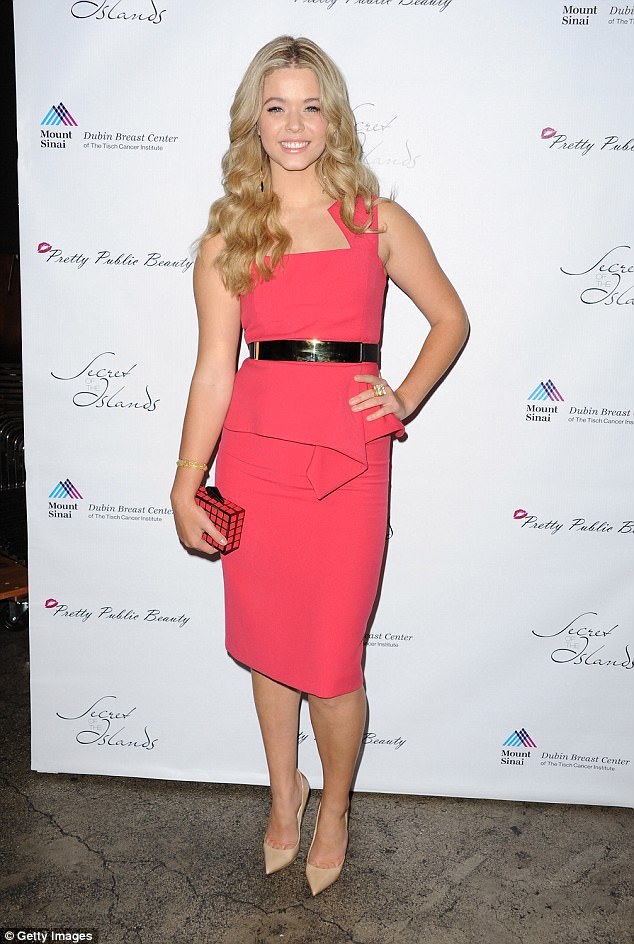 Tiny: In 2013 the star had a very small waist line as she hit the Pretty Pink Beauty Night in Recognition of Breast Cancer Awareness Month in Santa Monica, California

What is Polycystic Ovary Syndrome?

According to the Mayo Clinic, Polycystic ovary syndrome (PCOS) is a hormonal disorder common among women of reproductive age.

The ovaries may develop numerous small collections of fluid (follicles) and fail to regularly release eggs.

The exact cause of PCOS is unknown. Early diagnosis and treatment along with weight loss may reduce the risk of long-term complications such as type 2 diabetes and heart disease.

She added: ‘Very recently I was diagnosed with PCOS, Polycystic Ovary Syndrome, [a] hormone imbalance. And finally I knew why this was happening to me.’

She then described what she has been through.

‘There’s a lot of symptoms – like irregular periods, weight gain, impossible to lose weight — that seem somewhat normal sometimes depending on your lifestyle, but I feel like you have to just go and get it checked.

‘PCOS can lead to ovarian cancer and breast cancer and thyroid issues that could’ve been avoided.

‘More than half of women have it, and they don’t even know. It really is a huge issue that I want to share and hopefully help even one person deal with it.’

Dancing With the Stars airs Mondays on ABC at 8 p.m ET. 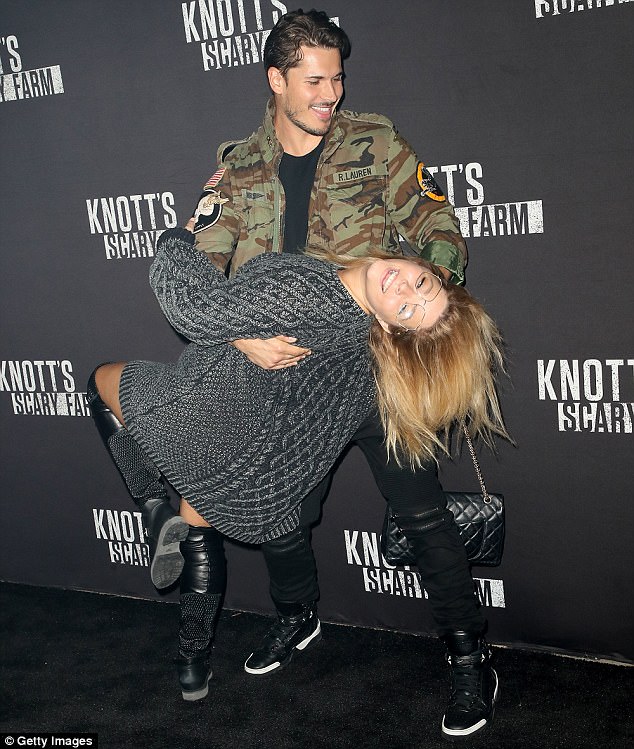 At work: With her partner Savchenko at the Knott’s Scary Farm and Instagram’s Celebrity Night at Knott’s Berry Farm in September