A daughter has filmed the touching moment she gave her father one last shot of Bundaberg Rum before he died in hospital.

Pennelope Anne was sitting with her mother while her father lay in a bed hooked up to tubes in the palliative care unit.

Ms Anne then pulled out a can of her father’s favourite beverage before filming herself measure a small shot with a syringe.

‘I came prepared for the sendoff,’ she says in the video. ‘Give him a little taste here.’

Her mother leans toward the bed and gently explains they will be giving him one last drink.

‘We brought you rum dad,’ she says. ‘We’re going to put it in the injection and put it in your mouth.’

Ms Anne squeezes the liquid into her father’s mouth as he lays motionless.

Her father stirs and gently nods his head before Ms Anne and her mother giggle.

Footage of the heartbreaking moment was uploaded to TikTok where it has been viewed more than 317,000 times. 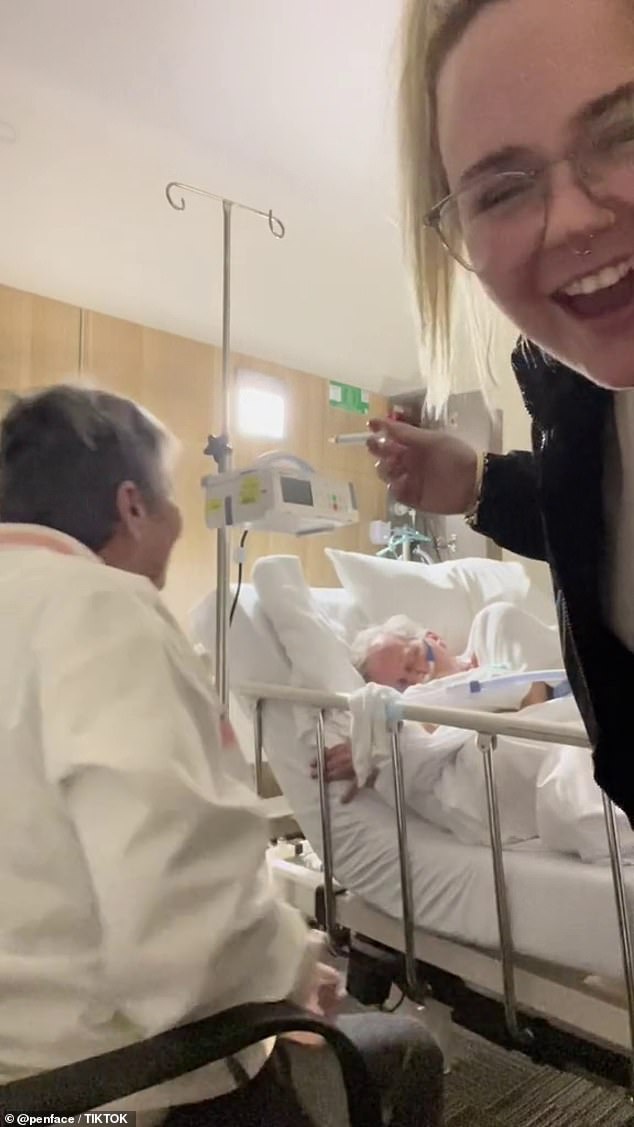 ‘One last drink with dad before his spirit returned to the universe,’ the caption reads. ‘Until we cross paths again old man. I love you.’

‘Everyone deserves family like this around them at the end. I’m so sorry for your loss,’ one person wrote.

Another person added: ‘As a former palliative care nurse , this absolute makes me heart so happy – cheers grandad.’

Other social media users wondered how Ms Anne was allowed to bring alcohol into the hospital.

Ms Anne responded that she hid the can in her jacket and then closed the door behind her before measuring out the last shot.