Dying mother-of-two, 33, has months to live after breast cancer returned in her liver and spine

A mother-of-two who overcame breast cancer just two years ago is now dying because the disease has returned in her spine, liver and lungs.

Vicki Marshall, 33, is now having last-ditch chemotherapy after doctors told her she may only have months to live.

She first noticed something was wrong when she developed a cough which wouldn’t go away despite her taking antibiotics prescribed by her doctor.

It was getting more and more difficult for her to breathe and, eventually, hospital scans revealed there was cancer in her lungs.

Further investigations on November 8 showed it had spread through other parts of her body and is likely untreatable.

Secondary breast cancer, in which tumours which start in the breast come back elsewhere in body months or even years after treatment, affects around a third of breast cancer patients within a decade and is often fatal.

Vicki Marshall (pictured with her sons Alfie, eight, and Ernie, five) was taken to hospital when she developed a cough which antibiotics couldn’t get rid of, and scans revealed tumours were growing in her spine, liver and lungs. She is now having chemotherapy but may only have months to live

‘I had no pain, nothing, and was running around after kids and the family fine,’ said the mother of eight-year-old Alfie and Ernie, five.

‘Within a week I was told I had secondary cancer that, at best, we can manage.’

Mrs Marshall, who lives in Skirlaugh, Yorkshire, and owns an antiques shop, is now in the midst of nine weeks of intense chemotherapy.

‘I could have years if it works, or months if not,’ she said.

Husband Lee seized the time between her treatment phases this month and whisked the family away to Disneyland Paris.

A JustGiving page set up by a family friend raised nearly £5,000 in just a day to give the family what could have been their last chance to go on holiday together. 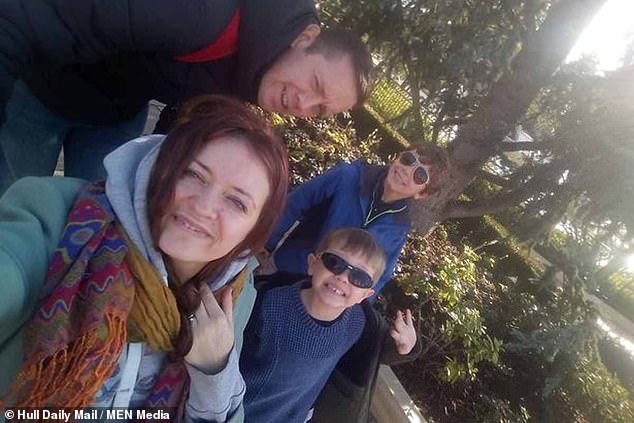 Mrs Marshall is pictured with her sons and husband, Lee. The four of them managed to raise £5,000 in a day to visit Disneyland Paris in what could have been their last opportunity for a holiday together

WHAT IS SECONDARY BREAST CANCER?

The secondary cancer can take years to return, and does not always reappear in the breast.

Some 35,000 people are thought to be living with the disease –  some 35 per cent of women who get breast cancer will be diagnosed with secondary cancer within 10 years.

While primary breast cancer can usually be operated on or cured with drugs or radiation, secondary cancer is incurable.

Because secondary cancer has already started spreading around the body you can never be completely cured of it.

But chemotherapy, hormone drugs and other treatments can slow down the growth and spread of tumours and improve patients’ lives.

Life expectancy varies depending on how advanced the cancer is, but many women live for years with the condition under control.

‘We got home from hospital, told the boys and went to Hull station at 7am,’ she said.

‘We declared the boys could have anything they wanted, which with two small boys means we now own nearly £200 of key rings and stickers – not the fancy outfits I expected.’

But Mrs Marshall’s health deteriorated quickly and they had to cut the trip short so she could be readmitted to hospital in England because of a problem with her heart.

Now Mrs Marshall is warning others not to ignore symptoms, because they could be signs of a serious illness – especially if they have had cancer before.

There are thought to be around 35,000 women in the UK living with secondary breast cancer.

And while breast cancer can usually be operated on or cured with drugs or radiation when someone is first diagnosed, secondary cancer is incurable because it has already spread through the body and it’s impossible to track every part of it.

Treatment often relies on trying to relieve the symptoms, improve the patient’s quality of life and keep them alive for as long as possible.

‘Please be persistent if you think you are ill,’ Mrs Marshall said.

‘I never expected this by any stretch but if only one person takes this as a reason to get checked out, please do.

‘My story is sad because I was perfectly fine a few months ago but you must get checked out and be persistent.

‘It’s a difficult time for us because it’s all new, all so fast and we’re only two weeks in. My hair is still in and the next few weeks will be interesting.

‘My kids are all getting ready for school plays, I’m stuck in [hospital], but whatever challenges come, my friends, family and local strangers are being as generous as they can be.’ 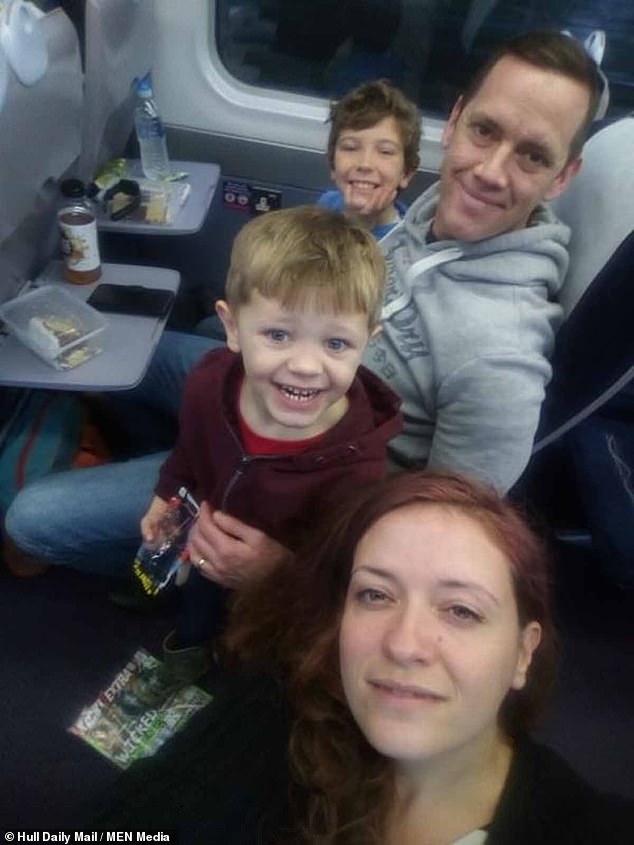 ‘I had no pain, nothing, and was running around after kids and the family fine,’ said the mother of eight-year-old Alfie and Ernie, five. ‘Within a week I was told I had secondary cancer that, at best, we can manage’ 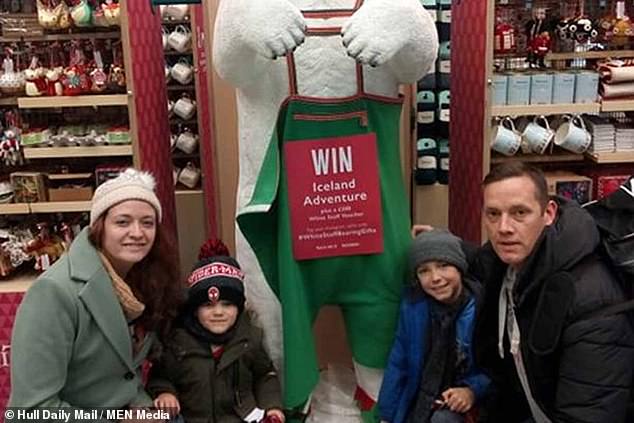 Mrs Marshall, pictured with her family, said: ‘My story is sad because I was perfectly fine a few months ago but you must get checked out and be persistent’

The mother also warned everyone to get life insurance ‘regardless of how young you are’.

She added: ‘I never had a family history of this and as such I never bothered with critical illness insurance at 30.

‘My advice would be to get life insurance regardless of how young you are.

‘I couldn’t get it just before I got cancer the first time and I can’t get life insurance since due to being within five years of cancer.

‘It is well worth the £30 a month looking back. It’s not always the family down the road [who are affected] – sometimes you are the family.’