Dying mum held on for ‘one more day’ to donate kidneys

After nine days of fighting a deadly flu virus, a brave mother-of-three managed to cling to life for just one more day so that her organs would be in good shape for donation.

Despite being in the last hours of her life, Tennille Smith knew that the extra time would mean that her kidneys could be safely donated to give someone else a new lease on life.

Ms Smith’s father, Gary Seamer, told the Herald Sun that it was just one of many the selfless act that his ‘incredible’ daughter had done in her life.

‘Tennille touched the hearts of and meant so much to many people and will be greatly missed,’ her brother Cobey said.

‘Her work as a Neonatal Intensive Care nurse suited her to a tee, always looking after and saving others.

‘Even right to her last breath, giving her organs to provide hope for other people’.

The neonatal nurse collapsed from the flu and pneumonia after saying that she felt sick on her birthday, October 8.

Ten days later, she was rushed to Northern Hospital in Epping where she was placed into the intensive care unit where clung to life until her tragic death October 27. 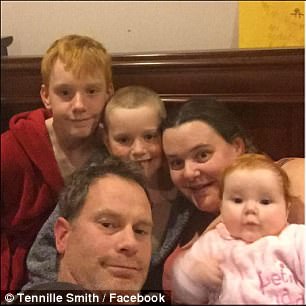 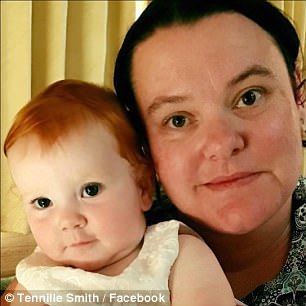 Mr Smith has set up a GoFundMe page to help raise money for her three children, Bailey, Cooper and Harper.

‘What Tennille loved and cared for the most [was] her bright and beautiful children,’ he wrote on the page.

‘This will go towards helping out with the children’s education expenses and keeping the children active and engaged with the things they love.’