Dying woman has dream wedding after transplant is refused

A 27-year-old woman who is succumbing to cystic fibrosis after being refused further lung transplants has married the love of her life.

Caleigh Haber of California has been told that she won’t survive a second transplant, so she’s making sure she spends the last of her time on Earth with now-husband Bryan Takayama, 27.

‘When you have a love as strong as we do one person’s downfall is also the other’s,’ she told NBC New York Saturday, just ahead of her wedding.

‘We ride the wave of life together no matter how large or scary. So tonight we’ve devised a plan to put all our last eggs into living.’ 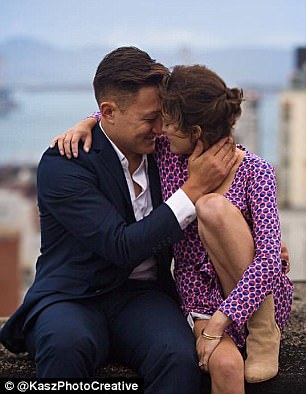 True love: Caleigh Haber has married Bryan Takayama (both seen left and right) after being told she will not be accepted for a second lung transplant after her body rejected the first 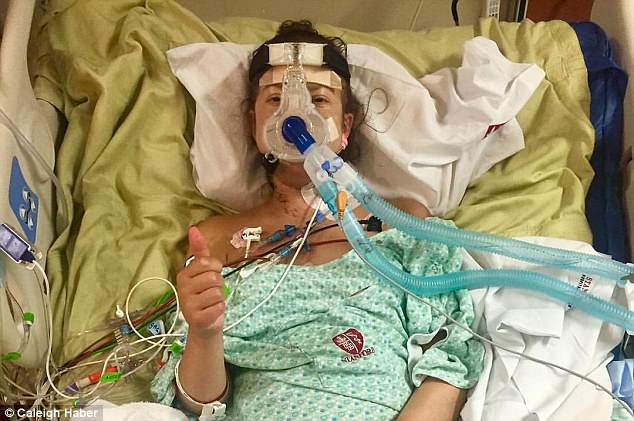 Living life: Haber (pictured) was told that she was too weak to survive another operation, so now she is focused on enjoying the last of her life with her new husband

Haber was born with cystic fibrosis, a disorder that causes the lungs to fill up with hard-to-remove thick, sticky mucus – and that she documented on her website.

She underwent a transplant that she hoped would give her a long, happy life with Takayama, whom she met just a year ago.

‘I went into [the] clinic with an optimistic mindset that a new path would be discovered leading to a positive outcome,’ she wrote on Facebook.

Instead, she said, two days of testing led to ‘my healthcare team telling me there is nothing else they can do to help me improve my health/quality of life.’

With her kidneys failing and her body exhausted – ‘If someone is running a marathon or working out, that’s pretty much what my body is doing all the time,’ she says – doctors said she likely wouldn’t survive another transplant.

‘And honestly I can’t blame them,’ she wrote. ‘If it was between giving myself and another person with better qualifications the single pair of lungs available, I too would be forced to agree that the more qualified person receive the lungs.

‘If they will last 1, 2, 5, or 10 years with new lungs and I’d only last hours or days it’s an obvious decision to save the other person.’ 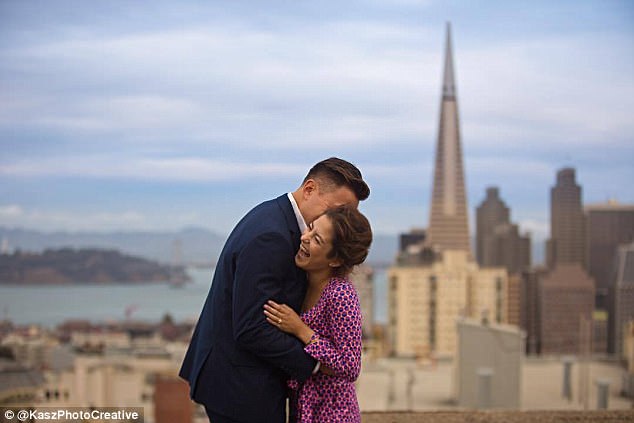 Time together: The 27-year-olds only met a year ago, but are very much in love. Haber said she understands why doctors would give other lungs to someone more likely to survive

After 48 hours of emotional discussion, she and Takayama agreed that she would last as long as she could in her current condition – and spend that time with him.

And so a planned engagement party turned into a fully-fledged wedding, while their friends set up a honeymoon fund on GoFundMe.

The kindness didn’t end there, however.

Photographers, videographers, cake and confetti – all came free of charge from friends, acquaintances and kindhearted strangers. 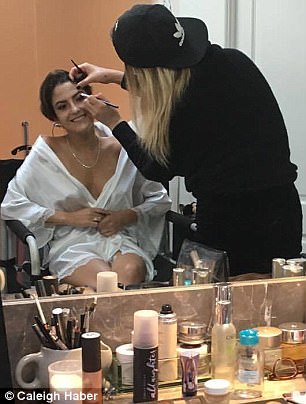 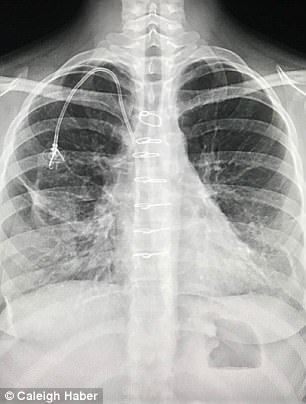 Happily married: Haber is seen left having the makeup applied for her big day on Saturday. All of the wedding services and supplies were given to them free of charge. Right is her X-ray

But perhaps the kindest of all is Takayama, who is not only Haber’s husband, but her carer. He helps her wash and dress, and aids in her treatments.

Tiffany Au, a friend of Haber’s, said: ‘I feel like every sentence they exchange, they begin and end with “I love you.”‘

And he gives Haber a huge reason to keep going, despite the pain and illness. ‘I love [Bryan] and I love our life so much there’s no possible way I can make the decision to stop,’ she said.

While she’s pretty much accepted her fate, she still hopes that – for her new husband’s sake, and that of her family – a hospital might still accept her for a transplant.

‘In the meantime, we don’t want to waste any days just sitting around,’ she said.

‘If they don’t [accept me] we are making the choice to kind of pack up all our stuff and most likely we’ll move to Hawaii and just stay there. Hawaii is just like my happy place.’ 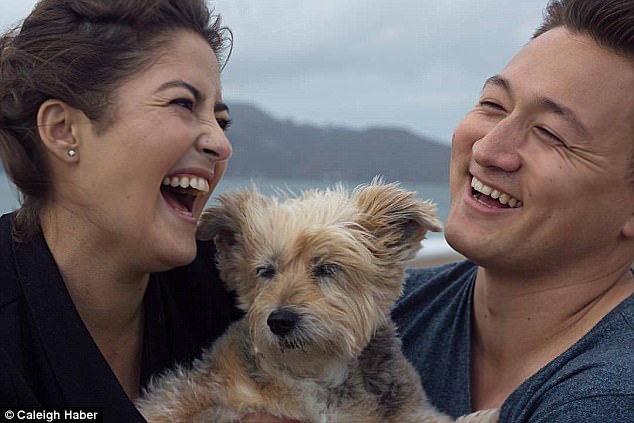 Hope: Haber still hopes for a transplant from another hospital, but for now is concentrating on making the most of what time she has left with her new husband