The Juventus No 7’s first significant contribution of the night was to pull a trick on Ashley Young right in front of the dug outs. Fouled, Cristiano Ronaldo got to his feet laughing and it was no wonder.

When Ronaldo left England in 2009, Young was a bombing left winger for Aston Villa. Here, aged 33, he was playing as full-back for Manchester United. On the right. And he was captain.

It would take a while to talk Ronaldo through how United have got to where they are but then he knows most of it already. Part of his attention has always remained in Manchester and he knows how it has come to this.

It was a return to Old Trafford for Cristiano Ronaldo, and he showed up counterpart Paul Pogba 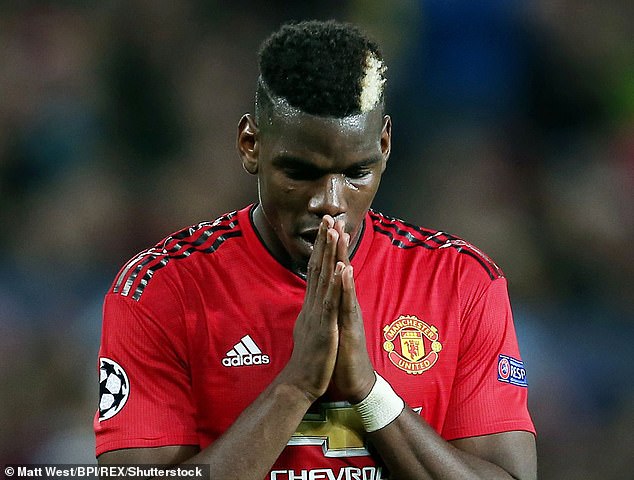 Pogba had a couple of chances, but was outclassed by the Portuguese man on the night 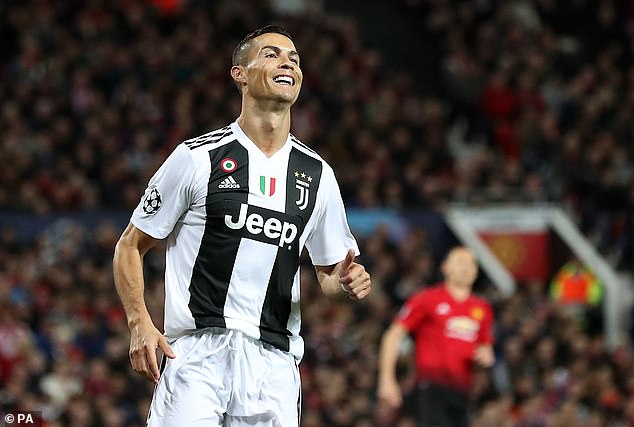 While he didn’t get on the score sheet, Ronaldo was highly visible throughout the game

With all the talk being of Ronaldo before the game, some of it had also sought to make comparisons with Paul Pogba, which was unfair and fair at the same time.

Unfair because the two players were at different stages of their careers when they sought to make an impact at Old Trafford. Ronaldo was a kid, Pogba – when he came back to the club two years ago – was a Serie A winner and Champions League finalist.

Fair because both are now paid to make big impacts on matches – both are expected to take their teams to high places – and so far at least only one of them does. 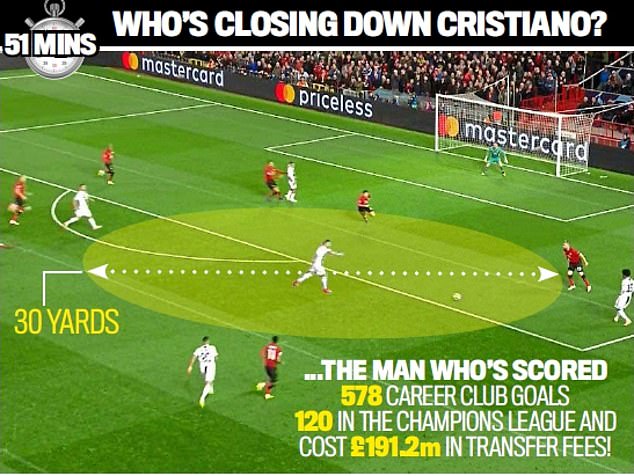 Ronaldo was clearly invested heavily in this game right from the start. That was clear because of the way he played. Ronaldo generally does less work when the opposition are in possession than he ever did, and the bar was set pretty low a long time ago.

Here, though, he raced back thirty yards to beat Young to an early loose ball in the United half then, a moment or two later, made an important header to prevent a cross penetrating the Juventus penalty area.

Ronaldo was, in short, highly visible long before he provided the cross from the right that eventually led to the winning goal. Pogba, meanwhile was less prominent. 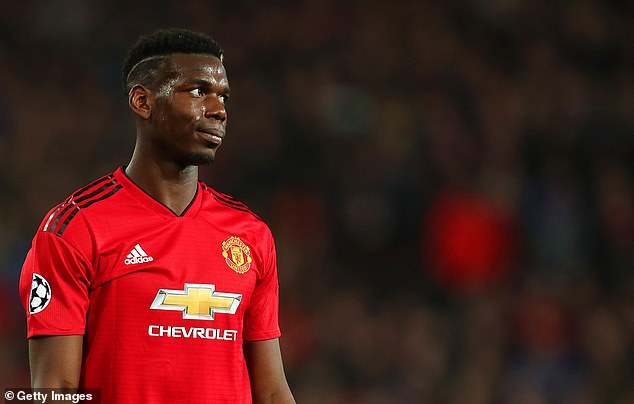 Pogba isn’t particularly fast, and for a tall man he isn’t that good in the air either

The French midfielder was loitering in that slightly coltish, loose limbed way of his but was on the fringes rather than central to the play. In the second half he improved greatly, as did United, and the quick turn and shot he powered against the post late on was a moment of really high class. Trouble was, we had waited almost 80 minutes for it.

Earlier on and seeking noticeable influence, he had struck a ‘Hollywood’ pass straight out of play when trying to find Romelu Lukaku from 60 yards. Team-mate Victor Lindelof chose to applaud that but nobody else among the 78,000 present considered it.

It was pertinent at this stage to wonder just what it is we should expect from Pogba. Just what are his strengths? Sometimes it is hard to say.

He should be overwhelmingly strong and powerful but doesn’t necessarily look it. He isn’t particularly fast and for a tall man is not overly effective in the air.

Ronaldo, meanwhile, let us know what he was about as soon as he arrived at United in 2003. Nobody here when he made his debut as a substitute against Bolton on the opening day of that season will forget what we saw. Quick, direct, strong, confident. 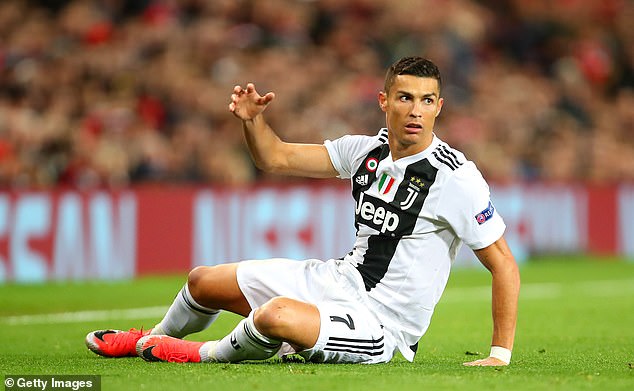 Off the field Ronaldo also impressed just about everybody he played with. Captain at the time was Roy Keane, a man not always that easy to win over.

Keane said in his second autobiography: ‘He was immediately one of the hardest working players at United.

Keane has spoken harshly of Pogba on TV at times in recent times and one wonders what he made of the way the former Juventus player arrived at United in 2016. Behind the flashbulbs and the dry ice was supposed to lurk a footballer but where is he?

Much of this is not Pogba’s fault. The publicity was United’s idea. They did it again on the day Alexis Sanchez arrived and look what has happened to him. 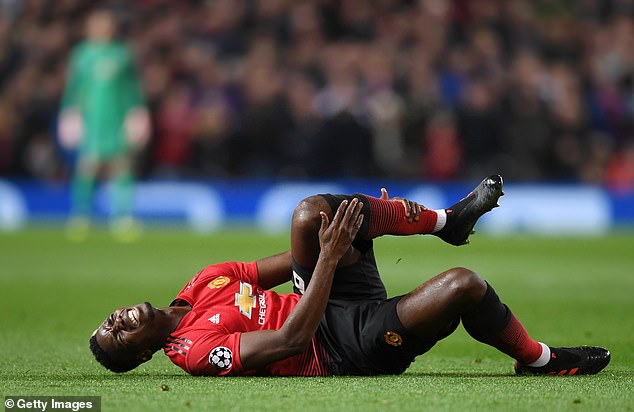 Equally there are lessons to be learned by all players from Ronaldo’s pursuit of excellence over the years. Pogba is not shy of work. He puts a shift in on the field and does not have a reputation as a poor trainer.

Maybe the answer – at least in his own head – is that he just needs to play for a better team. Ronaldo has always thrived most when given the platform to play where and how he wishes. Sir Alex Ferguson ensured he had that back in the glory years and asked other players to make sacrifices to ensure it happened.

Jose Mourinho, meanwhile, tends to place players in tactical straight jackets. With the current United manager, the system will always trump the power of the individual, at least it will these days.

But really great players make the teams they play in a little better, no matter how low the starting point. Great players more often than not find a way to bring their influence to bear on a game.

Ronaldo will do that until the day he packs it all in. Pogba – despite some flashes of influence here – is yet to really start and he is 26 already.