It is the most rarefied of neighbours’ rows, pitching the once-disgraced Tetra Pak billionaire Hans Rausing against Greville Vernon, a scion of the aristocratic Barings Bank dynasty.

Caught in the crossfire are the pheasants who have strayed from Vernon’s land on to Rausing’s £12 million Gloucestershire estate, causing damage to his expensively redesigned gardens.

A marksman employed by the 55-year-old Swede has now shot at least half a dozen of the birds that were blamed for damaging plants and scattering gravel off newly laid paths and landscape features.

Rausing and his second wife Julia, 57, bought Lasborough Park, near Tetbury, four years ago and enthusiastically set about redesigning its walled garden.

She has helped transform the life of the one-time heroin addict since the death of his first wife Eva from drug-induced heart failure in 2012.

The pheasants are kept by Old Etonian Vernon on the land around his home, Newington House, where he hosts shooting parties.

The Rausings, who were not at Lasborough when the cull took place, declined to comment. It is not known whether their employee used a rifle or shotgun to kill the birds. 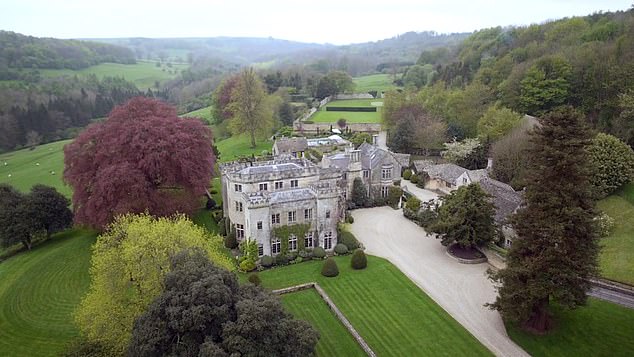 However, a source close to the dispute said: ‘Mr and Mrs Rausing love their gardens.

‘An employee decided to help clear the walled garden of pheasants during his day off.

‘He received permission to shoot any pheasants that had encroached. Approximately six were shot.’

Culling them is entirely legal as game birds are effectively the property of whoever’s land they are found on. 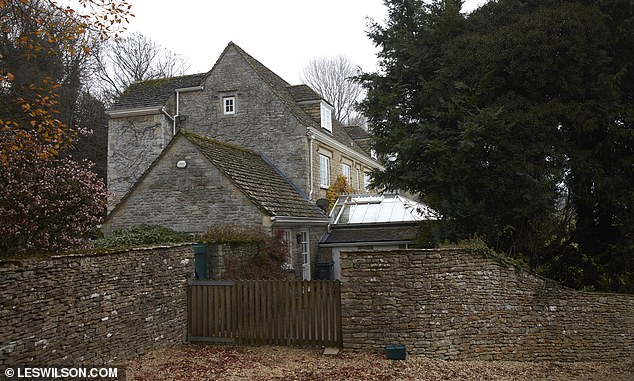 The pheasants are kept by Old Etonian Vernon on the land around his home, Newington House, above, where he hosts shooting parties

Vernon, 74, whose mother Lady Violet Baring was a member of the Barings Bank family dynasty, told The Mail on Sunday he had heard a ‘murmur’ about the cull. He added: ‘I didn’t personally see it. If it happened it was a silly thing to do.’

One local resident said: ‘This has been simmering for months. The final straw for Rausing was waking up one morning to see Greville Vernon’s pheasants scratching up his new garden and showering gravel everywhere.

Greville’s gamekeeper had tried using crow-scarers to keep the pheasants away but the birds just got used to the bangs.’ 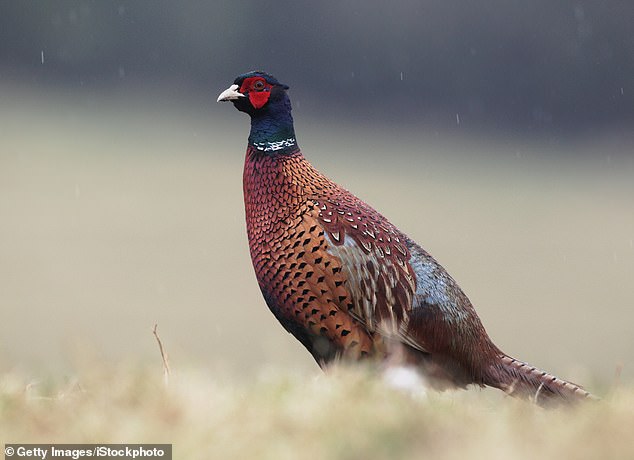 Caught in the crossfire are the pheasants who have strayed from Vernon’s land on to Rausing’s £12 million Gloucestershire estate, causing damage to his expensively redesigned gardens [File photo]

Rausing’s life hit rock bottom with the death of Eva. He hid her body for two months beneath bedclothes and bin bags at their £70 million house in Chelsea.

Together with Julia, he now uses some of the estimated £6 billion fortune he inherited through his grandfather’s Tetra Pak packaging business to support good causes via a family trust.