Dynasty star Catherine Oxenberg is hoping to be reunited with her daughter, who joined a cult where the leader allegedly branded his female followers.

Keith Raniere, 57, was taken into custody by Mexican authorities and charged with sex trafficking after he was found at a luxury villa in Puerto Vallarta on Sunday.

Raniere is the leader of the secretive New York-based group NXIVM, which Oxenberg’s daughter India joined in 2011.

Oxenberg, who met with New York prosecutors to discuss India’s experience, said she ‘greatly hopes’ Raniere’s arrest will ‘go far in reuniting her with her daughter’. 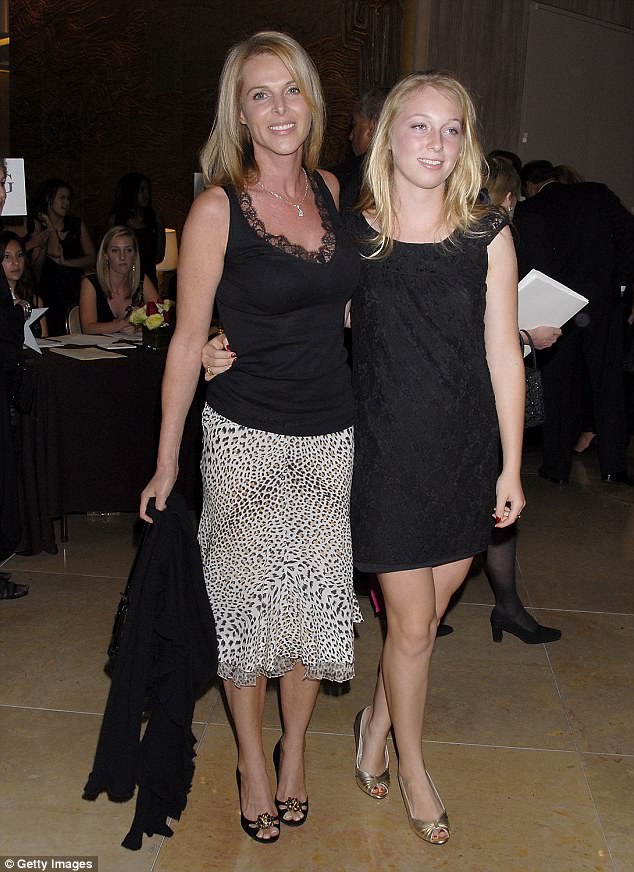 ‘I want to help all the young women affected by this cult,’ she said in a statement.

‘They are the victims of human trafficking – which is slavery. For months, I have worked to expose Keith Raniere and NXIVM and today’s arrests vindicate my efforts.’

‘I want my daughter to know I love her and I want her back in my life.’

The group, which has been described by former members as a ‘sex cult’, claims to be a self-help organization that operates centers in US, Mexico, Canada, and South America.

Oxenberg, 56, attended a workshop with India seven years ago and found it ‘weird and creepy’, she previously told PEOPLE.

But India was hooked, signing up for more and more of the expensive classes and draining her inheritance.

When Oxenberg talked to her friend Bonnie Piesse, a former NXIVM member, she became gravely concerned. 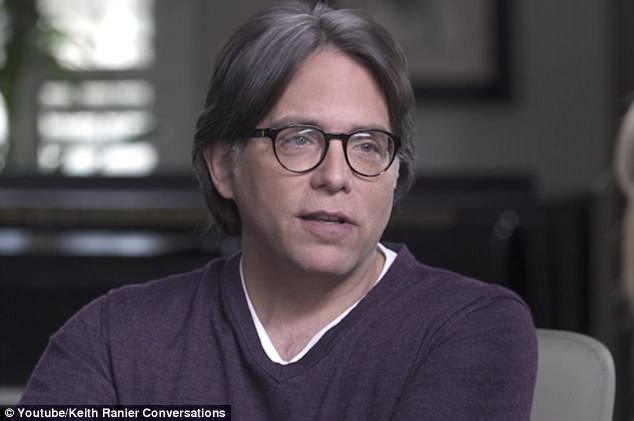 Keith Raniere, the 57-year-old leader of the group, was taken into custody by Mexican authorities and charged with sex trafficking on Sunday

Piesse recalled seeing India just before she left the group, where former members have claimed they weren’t allowed to eat more than 800 calories per day.

India had told Piesse she planned to go without food for three days to ‘try and correct her behavior’.

Oxenberg spoke to India shortly afterwards and her daughter admitted her hair had been falling out and that she hadn’t had her period in a year.

But when Oxenberg tried to confront India about NXIVM, her daughter shut her out completely.

‘I’m helpless. I’ve lost my child and will do whatever I can to get her back,’ Oxenberg said in November.

‘I was completely ignorant about the dangers and traps associated with these so-called “personal growth self-help” groups.’

Raniere was extradited to Fort Worth on Monday and has also been charged with forced labor conspiracy.

He has pleaded not guilty to charges and will face the US District Court in Fort Worth on Tuesday. New York prosecutors plan to extradite him. 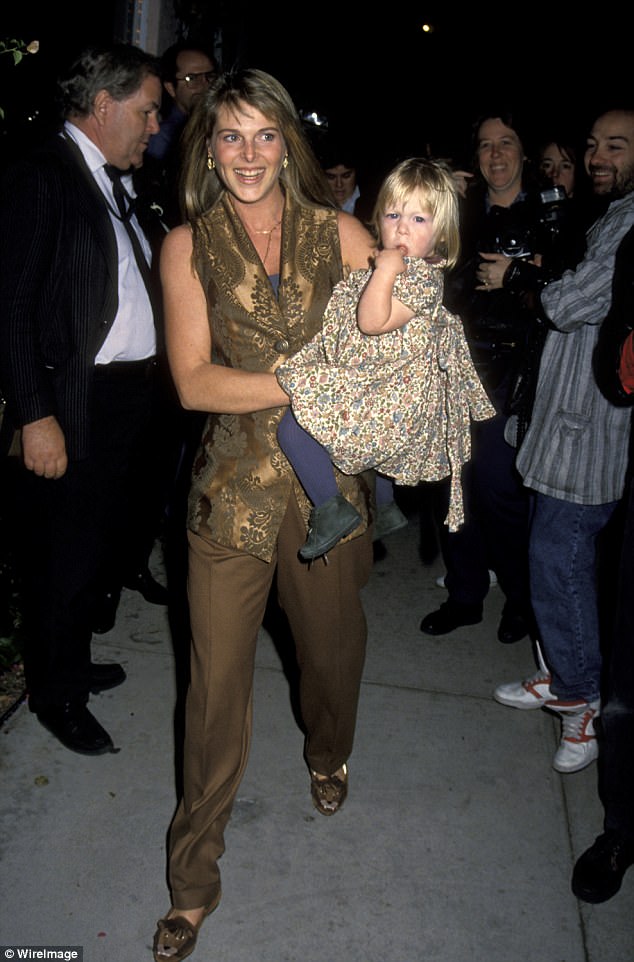 Oxenberg, 56, attended a workshop with India seven years ago and found it ‘weird and creepy’ but said her daughter was instantly hooked. The pair are pictured here in 1992 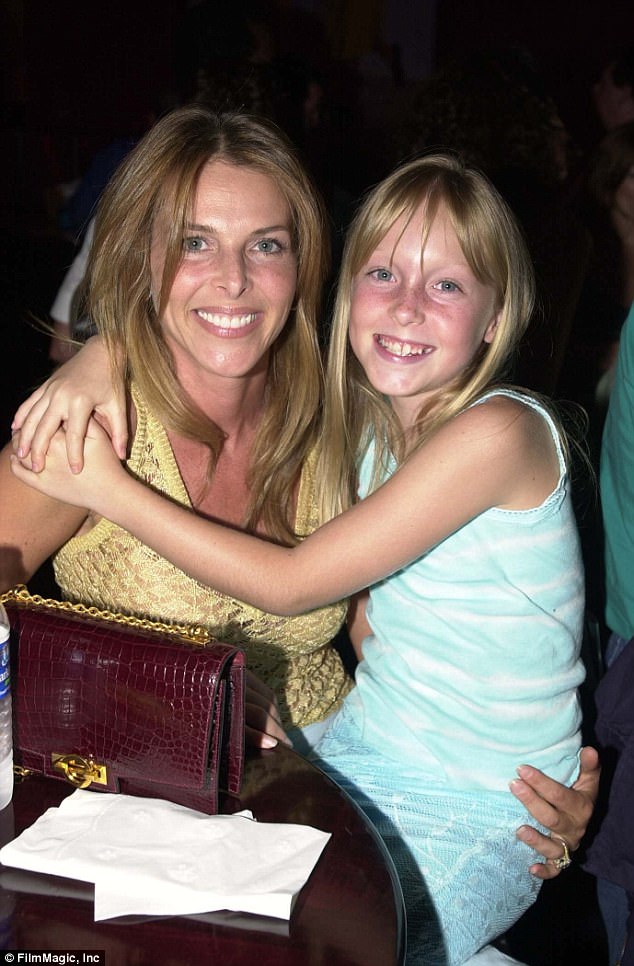 When Oxenberg tried to confront India about NXIVM, her daughter shut her out completely (pictured together in 2000)

Raniere left the US last year after the New York Times reported that some women who joined a group in his organization had been branded with a symbol that included his initials.

The women told investigators they were subjected to ‘master-slave’ conditions that involved physical punishments for disobeying orders.

‘As alleged in the complaint, Keith Raniere created a secret society of women whom he had sex with and branded with his initials, coercing them with the threat of releasing their highly personal information and taking their assets,’ US attorney Richard P. Donoghue said.

The complaint states that Raniere founded NXIVM in 2003 and held a series of purported self-help workshops.

Since NXIVM’s creation, Raniere has maintained polyamorous relationships with its members, according to the complaint.

Courses associated with the group costs thousands of dollars each and participants are encouraged to pay for additional classes and to recruit others in order to rise within the ranks.

Raniere allegedly taught his followers that he was the ‘smartest and most ethical man in the world’.

He also taught his followers that men need to have multiple sexual partners while women should be monogamous, according to investigators. 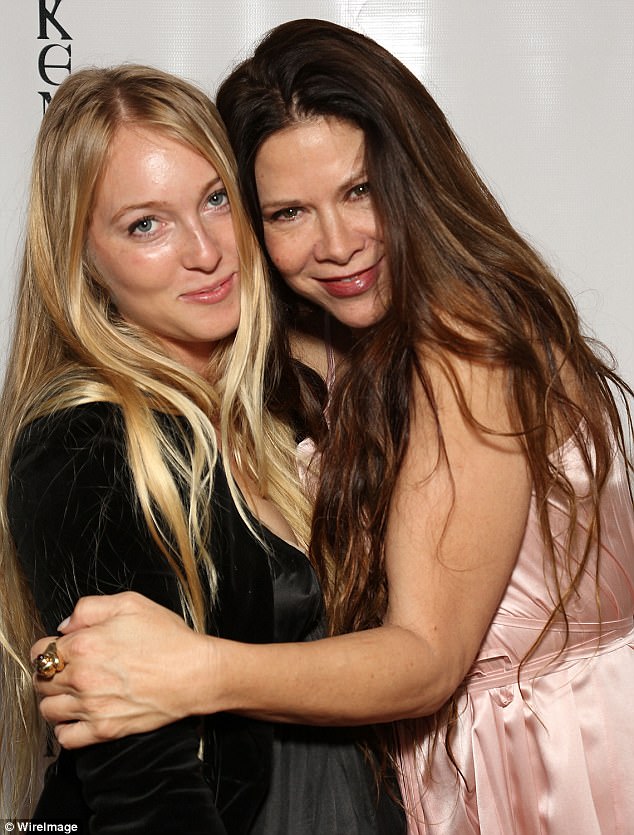 According to the complaint, Raniere created a secret society within NXIVM called DOS in 2015, which loosely translated to ‘Lord/Master of the Obedient Female Companions’, or ‘The Vow’.

DOS operated with levels of women slaves headed by masters and most were recruited from within NXIVM’s ranks.

‘Raniere has maintained a rotating group of 15 to 20 women with whom he maintains sexual relationships,’ the complaint states.

When new DOS slaves were recruited, they were required to provide collateral, which included highly damaging information about friends and family members, nude photographs and/or rights to the recruit’s assets.

The complaint says DOS slaves feared that their collateral could be released by the group if they left. 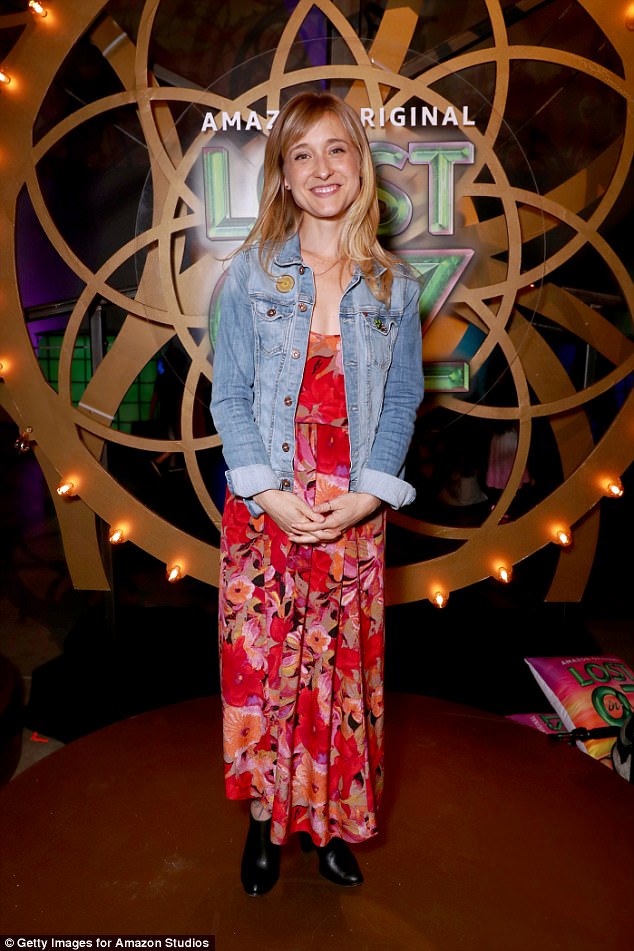 Many DOS slaves were branded on their pelvic areas using a cauterizing pen with a symbol which, unbeknownst to them, incorporated Raniere’s initials, according to the court documents.

During the branding ceremonies, slaves were required to be fully naked and a master would order one slave to film the branding while the others restrained the slave being branded.

Raniere has claimed in previous statements posted on his website that all involved in the subgroup are ‘consenting’ adults.

Smallville actress Allison Mack was considered a high-ranking member of the cult and was believed to have been second in charge to Raniere.

If convicted, Raniere is facing up to life in prison.

‘As alleged, Keith Raniere displayed a disgusting abuse of power in his efforts to denigrate and manipulate women he considered his sex slaves,’ FBI Assistant Director-in-Charge William F. Sweeney said.

‘He allegedly participated in horrifying acts of branding and burning them, with the cooperation of other women operating within this unorthodox pyramid scheme.

‘These serious crimes against humanity are not only shocking, but disconcerting to say the least, and we are putting an end to this torture today.’