Babies born in early have a 57 percent greater risk of struggling with their heart and lungs later in life than those who reach their due date, according to a new study.

Each additional week spent in the womb was associated with a 14 percent reduction in the risk of poor cardiorespiratory health.

The study’s lead author, Dr Isabel Ferreira of the University of Queensland in Brisbane, Australia, hopes that these findings will discourage women from electing to have early term cesarean sections or labor inducements.

Doctors have long known that preterm birth is linked to a number of longer term health deficits, but this study is part of a growing body of research indicating that even early term births may lead to similar health issues.

The study, published by the American Heart Association looked at the heart and respiratory health of nearly 800 people in Northern Ireland, born between 37 and 38 weeks, measuring their cardiorespiratory health at ages 12, 15 and 22.

Cardiorespiratory fitness is a part of physical fitness, and describes how effectively the body can transport oxygen to muscles during physical activity.

The researchers compared the physical fitness of these individuals to those born at full or late term.

Those born in early term under-performed, scoring significantly lower than those born at full or late term. 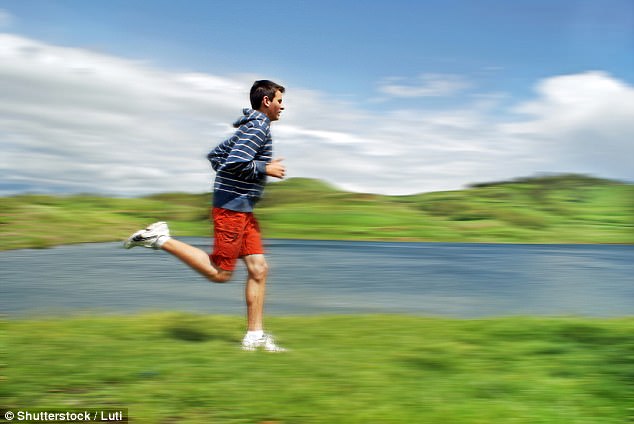 Babies born in the 37th or 38th weeks of their mother’s pregnancies are more likely to have to have trouble exercising due to poorer cardiorespiratory health. These babies will be at an elevated risk for heart failure later in life

Previous research has shown that the hearts of young adults who were born preterm were shaped differently, and thus pumped blood less effectively.

The right chambers of their hearts are smaller than normal, but have thicker walls, so the heart has to work harder, especially during exercise. The same may be true of people who were born early term, but the study did not examine the physical structure of the subjects’ hearts.

People with poorer cardiorespiratory health are at greater risk for heart failure and high blood pressure later in life, in part because it is more difficult for them to maintain overall physical fitness.

As more research demonstrating the long term effects on the children of pre and early term births, the rate of early term births have begun to fall, as have the proportions of those that were done electively, through induced labor or Cesarian section.

Still, Dr Ferreira underscored that ‘healthcare providers and mothers should be informed of the lifelong health risks that early-term deliveries may have on their offspring and refrain from these,’ unless medically necessary.