Heavy rain, strong winds and even sleety snow will be seen along the North East over the weekend as the region is pummeled by its first and very early Nor’easter.

On Saturday morning, winds hit up to 65mph in New Jersey as the grim weather took hold.

There were solid downpours throughout the morning which will continue over the weekend. 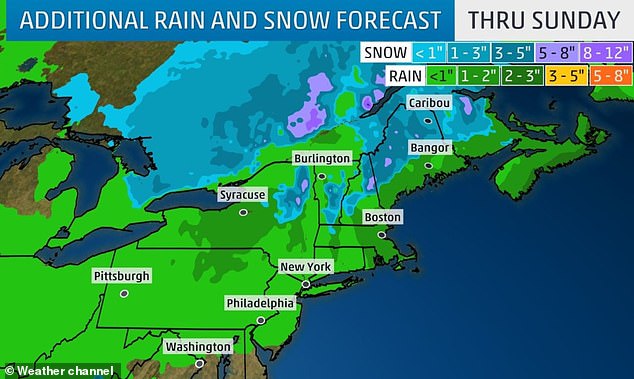 Between one and two inches of widespread rain is expected between Saturday morning and Sunday morning.

In upstate New York and parts of Massachusetts, the first snowflakes of the cold season began to fall.

On Saturday morning, 0.3 inches of snow were recorded in Rowe in northeast Massachusetts.

The weather has prompted coastal flood warnings stretching from the Delmarva Peninsula to coastal New England. 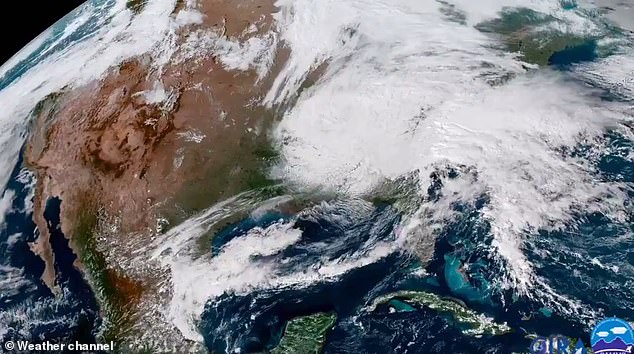 In parts of Long Island, surges could reach 3.5ft, according to The Weather Channel.

There are also strong wind advisories in place across New York City, where gusts are expected to reach 50mph.

The harsh weather will move quickly, however, and be mostly out of the region and making its way towards Canada on Sunday afternoon.

Temperatures will hover between 40 and 50 in most parts, bringing an unseasonable chill to the region to close out October. 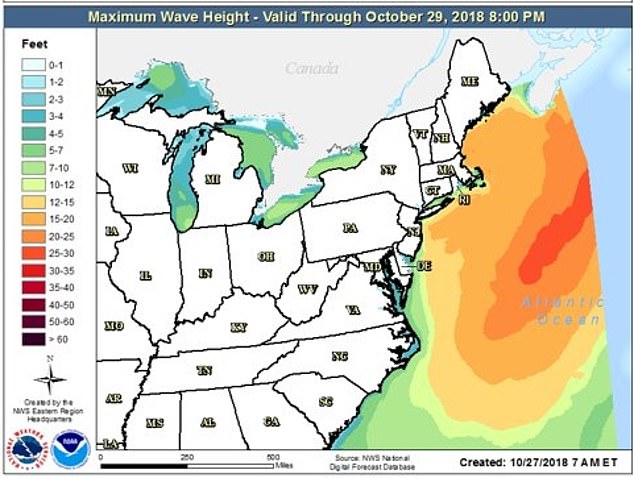 Coastal flooding is also a concern for parts of Long Island, with waves of up to 10ft forming not far from the coast