Earth is losing 33,000 square miles of ice every year because of climate change, scientists warn

Earth is losing enough ice to cover the whole of Lake Superior – 33,000 square miles – every YEAR because of climate change, scientists warn

A new study notes that Earth has lost enough ice every year since 1979 to fill Lake Superior because of climate change.

The research notes that the planet has lost approximately 33,000 square miles of ice every year from 1979 until 2016.

The collective area of ice, which is known as the cryosphere and holds almost three-quarters of the planet’s fresh water, is a good indicator that the surface area of Earth’s ice is shrinking from warming temperatures.

‘The cryosphere is one of the most sensitive climate indicators and the first one to demonstrate a changing world,’ Xiaoqing Peng, a geographer at Lanzhou University in China said in a statement. 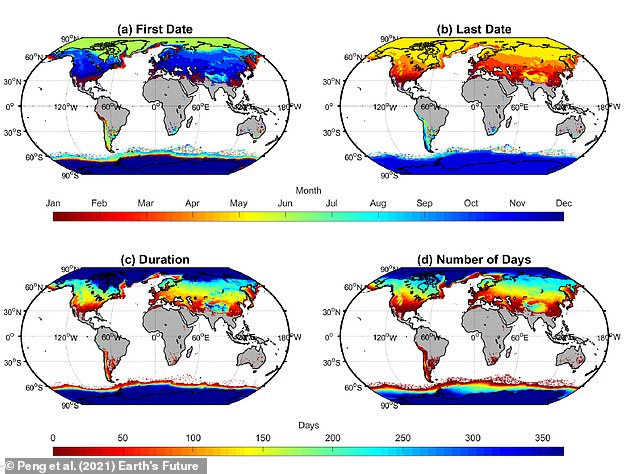 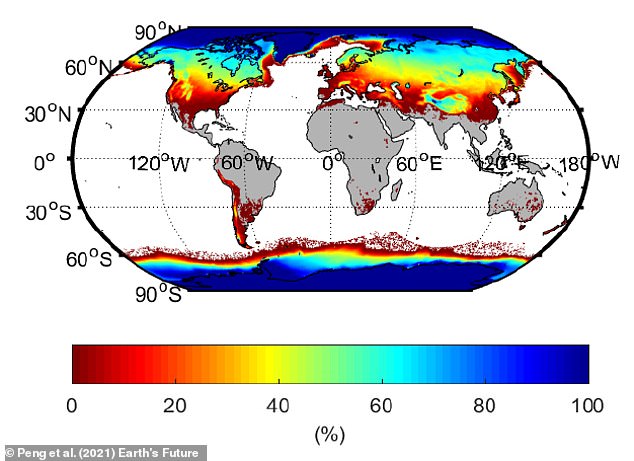 The collective area of ice on the planet, known as the cryosphere, holds almost three-quarters of the planet’s fresh water. It is a good indicator that the the surface area is shrinking from warming temperatures 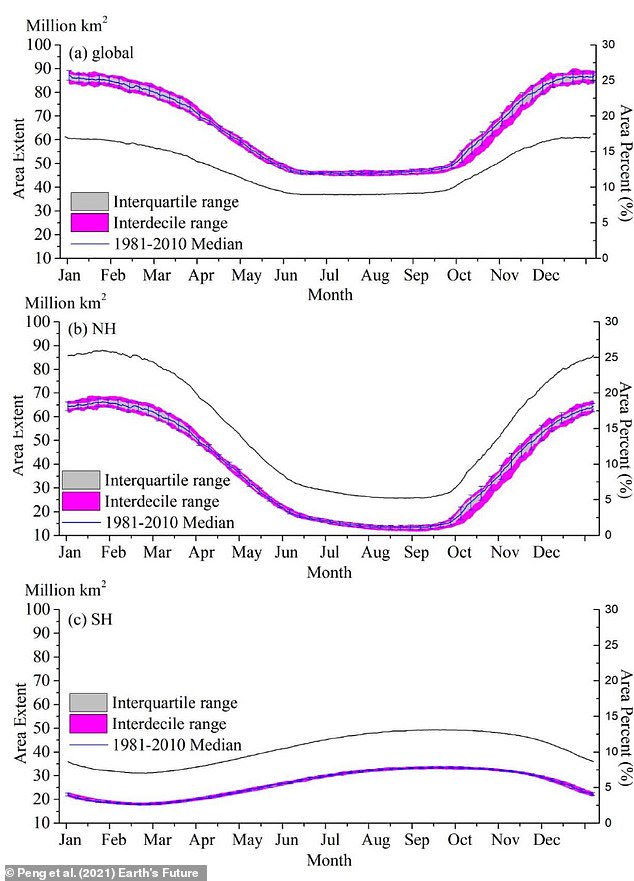 In addition, the researchers found that the first day of freezing takes place on average 3.6 days later than in 1979 and it thaws roughly 5.7 days earlier

‘Its change in size represents a major global change, rather than a regional or local issue.’

The global average temperature was 1.84 degrees Fahrenheit (1.02 degrees Celsius) warmer than the mean between 1951 and 1980.

Prior to this study, holistic changes in the global cryosphere had not been measured.

The researchers used measurements made by satellites from the National Snow and Ice Data Center (NSIDC) and looked at snow depths the European Centre for Medium-Range Weather Forecasts and compared that to 28,000 local weather stations across the planet.

Most of the shrinkage occurred in the Northern Hemisphere, losing about 39,300 square miles, or roughly the size of Kansas, each year.

In the Southern Hemisphere, the cryosphere rose about 5,400 square miles per year, largely due to the sea ice in the Ross Sea being aided by wind and ocean currents and cold meltwater from Antarctic ice sheets.

In addition, the researchers found that the first day of freezing takes place on average 3.6 days later than in 1979 and it thaws roughly 5.7 days earlier.

‘This kind of analysis is a nice idea for a global index or indicator of climate change,’ said Shawn Marshall, a glaciologist at the University of Calgary, who was not involved in the study.

Marshall said he thinks the data could be used to examine when ice and snow cover give Earth its peak brightness and see how the land reflects the heat, known as the albedo effect, and what role it playings in climate change.

The authors say that the global dataset can now be used to further probe the impact of climate change on the cryosphere, and how these changes impact ecosystems, carbon exchange and the timing of plant and animal life cycles.

The findings have been published in the scientific journal Earth’s Future.

In June, a separate study suggested that weakened ice sheets and rising sea temperatures could cause a ‘climate domino effect,’ impacting nearly 40 percent of the world’s population.

In May, researchers found that the Greenland ice sheet, the second largest on the planet, is close to reaching the tipping point of no return with ‘accelerated melting.’

WHAT ARE THE EFFECTS OF LOWER SEA ICE LEVELS?

The amount of Arctic sea ice peaks around March as winter comes to a close.

NASA recently announced that the maximum amount of sea ice this year was low, following three other record-low measurements taken in 2015, 2016 and 2017.

This can lead to a number of negative effects that impact climate, weather patterns, plant and animal life and indigenous human communities.

The amount of sea ice in the Arctic is declining, and this has dangerous consequences, NASA says

NASA researcher Claire Parkinson said: ‘The Arctic sea ice cover continues to be in a decreasing trend and this is connected to the ongoing warming of the Arctic.