A earthquake measuring 3.9 on the Richter scale has sent shockwaves through southern England.

Locals in Bedfordshire, Buckinghamshire and Hertfordshire all reported feeling the tremors – with one saying they ‘felt their whole house shake’.

Some 610,000 people live in the affected area according to the European-Mediterranean Seismological Centre.

The British Geological Survey confirmed that it is investigating reports of an earthquake.

A earthquake measuring 3.9 on the Richter scale has sent shockwaves through southern England. This map – shared by the European-Mediterranean Seismological Centre – shows the epicentre of the earthquake depicted by a star 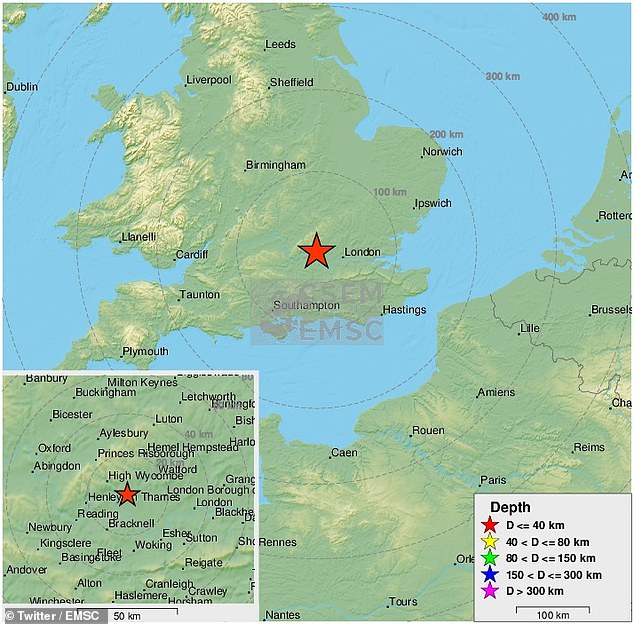 Initial data suggests that the epicentre was in Leighton Buzzard, Bedfordshire 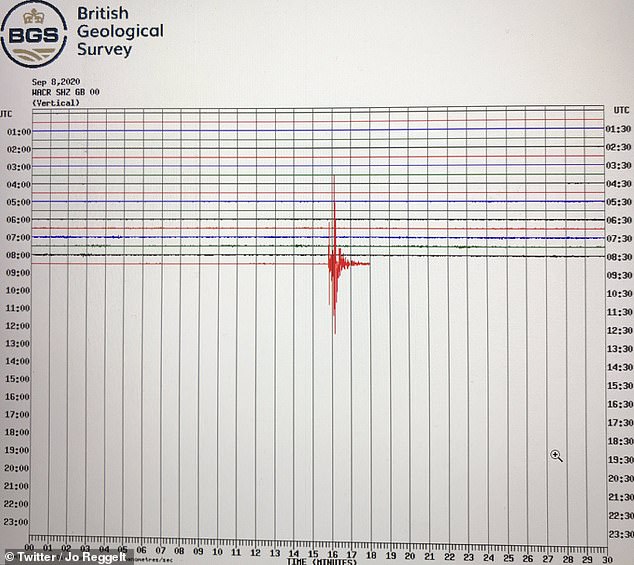 Initial data on the BGS site suggested the epicentre was in Leighton Buzzard, Bedfordshire.

The BGS wrote on its Twitter account: ‘We are getting reports of an earthquake in the Bedfordshire area. We are currently investigating this event and will post again shortly with an update.’

One local resident wrote on Twitter: ‘What the hell was that? Felt like an earthquake in Bedfordshire.’

Another said: ‘As if there was just some sort of mini earthquake in Hertfordshire.

‘My bed shook, my windows rattled I was scared for a second.’

Michelle Strong wrote: ‘A mini earthquake in Leighton Buzzard was quite loud and saw things shake in my living room. Wow, what is going on.’

Tanya added: ‘We just had an earthquake in Leighton Buzzard, I can tell you it was not fun in a second-floor flat, thought I was a goner.’

Bedfordshire Police said the force was taking a ‘large’ number of calls from the public but no injuries have been reported.

A tweet said: ‘Our control room are currently experiencing a large number of calls due to an earthquake which was felt across the county. We have currently received no reports of any injuries or major structural damage.’ 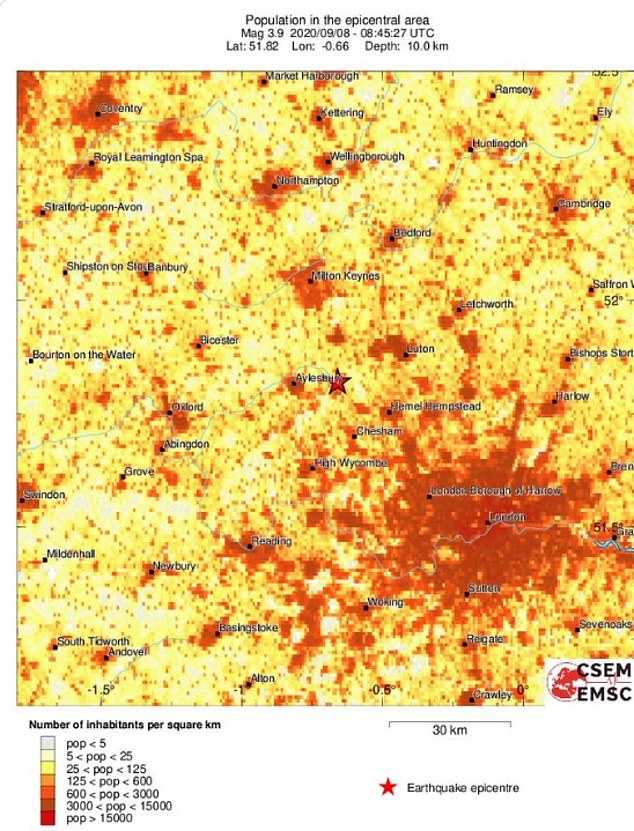 Some 610,000 people live in the affected area according to the European-Mediterranean Seismological Centre (their graph pictured) 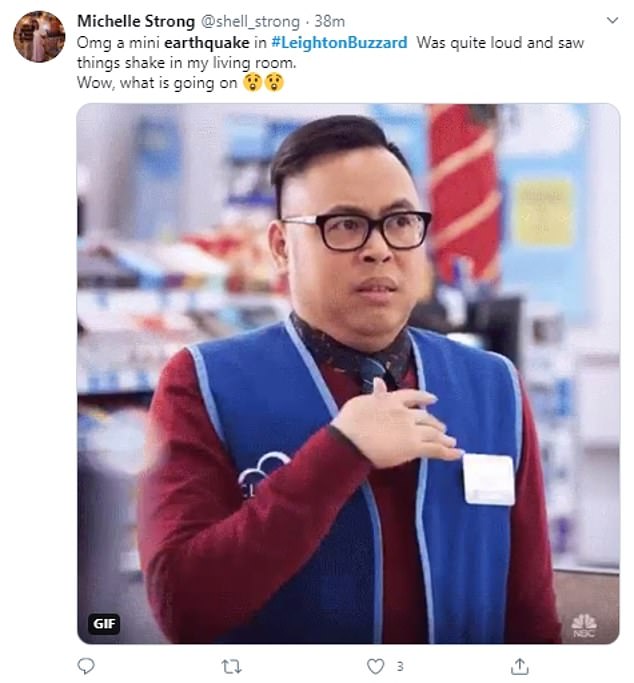 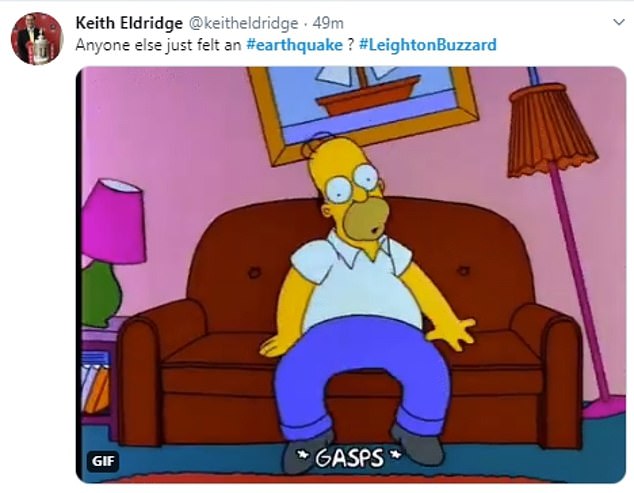 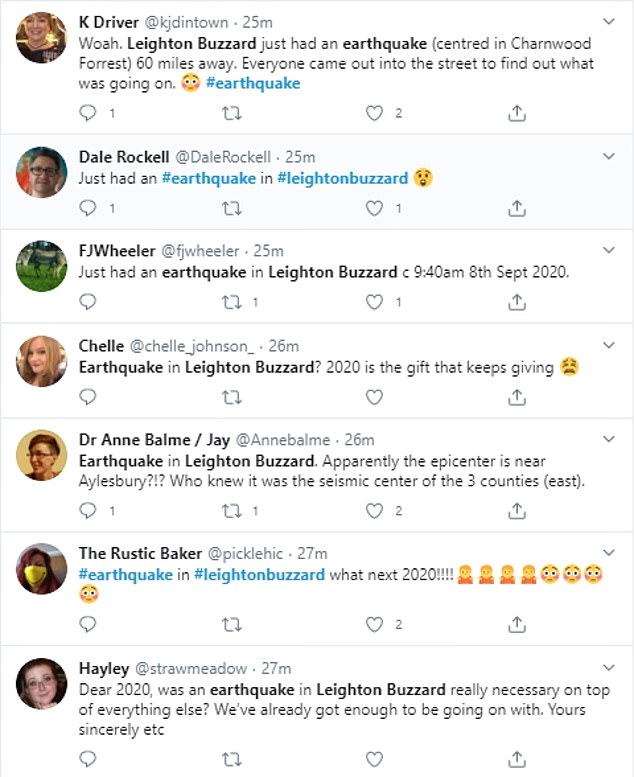 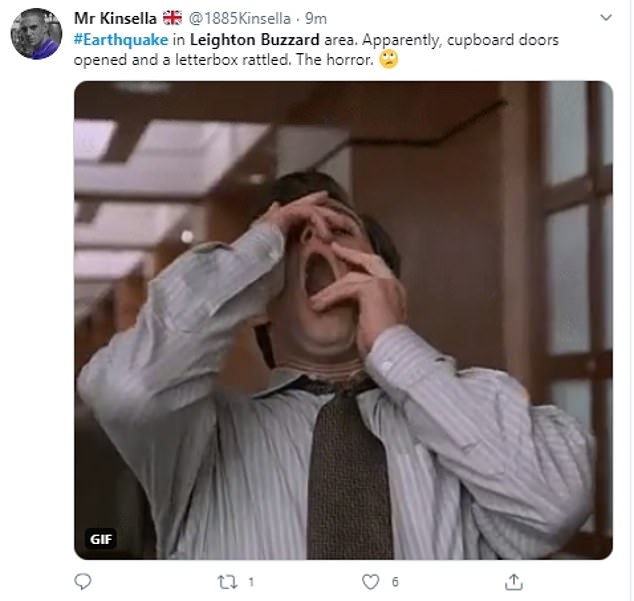 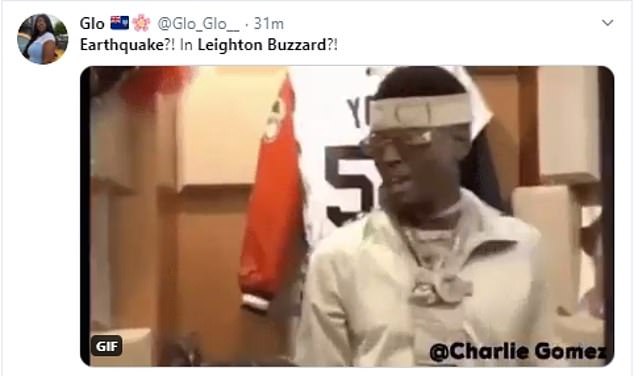 The UK gets around 20 to 30 earthquakes every year which are felt by people, with hundreds more smaller ones which are recorded by scientists.

Their power is measured using the ‘momentum magnitude scale’ – and a ‘strong quake’ is normally registered as 6 and above.

The BGS have been contacted for clarification.