Eastbourne shows high street can flourish with access to cash

The seaside town of Eastbourne is proud to boast that it is the sunniest resort in the UK – with an average of more than five hours of sunshine a day. But it has another claim to fame: it is the country’s town with the most banks and building societies.

Standing in the heart of Eastbourne, my head spins at the sight of so many banks. Am I dreaming or have I momentarily gone back in time to an age when bank branches were an integral part of every town in the country?

No, my eyes are not deceiving me. At the top of the town’s Terminus Road is a crossroads. A huge NatWest sits beside a Lloyds branch, and faces a Barclays, HSBC and a glass-fronted Metro branch. 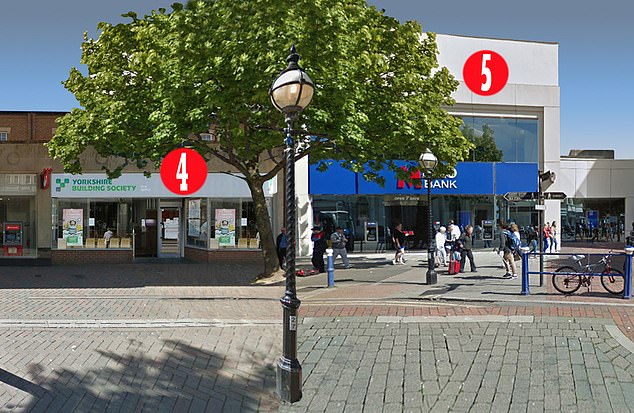 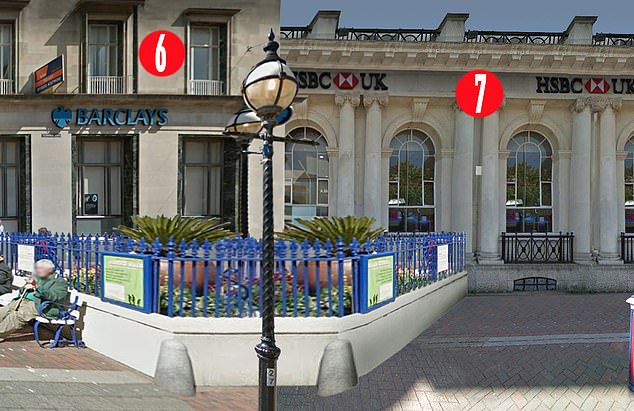 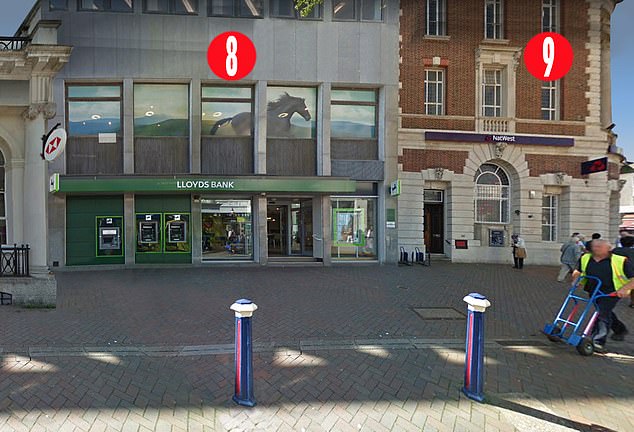 Record: Eastbourne is the town with the most banks and building societies in the UK

A few doors down the same street are branches of Santander and Halifax, plus building societies Nationwide and Yorkshire, all crammed along a stretch of just 300 yards or so – about the same length as the town’s famous pier.

There is also a post office offering basic banking services. While most towns are seeing banks disappear from their high streets at a rate of 50 a month, this East Sussex resort has the highest density of banks and building society branches of any town in the UK, with nine serving its population of 100,000. The only bank in recent years to have deserted the town is TSB.

Halfway along the town’s pier, Helen Cooper is temporarily looking after The Candy Shop for her daughter Cara Huxley. Inside is all manner of seaside rock – not just traditional Eastbourne candy stamped all the way through, but rock tasting of pizza, vindaloo and gin and tonic.

The 53-year-old says: ‘Although Eastbourne attracts young families to its beaches, we have an ageing population that is enticed by the lovely sunshine.

‘They come here to retire and they like using bank branches and paying for items using cash.’

A quarter of the town’s population is aged over 65.

Helen adds: ‘These people are not interested in being encouraged to bank online or buy items using contactless payment. They prefer an old fashioned face-to-face banking service they can trust.’

Holidaymakers Derek and Margaret Myers are surprised by the number of bank branches in Eastbourne. The couple, both in their 70s, travelled down to the town from their South Yorkshire home in Barnsley.

Derek, a retired steel worker, says: ‘I am a Yorkshire Bank customer. The staff in our local branch were lovely, but they always tried to convince us about the benefits of banking online.

‘I told them it was like turkeys voting for Christmas. I was right. The branch shut a couple of years ago.’

He adds: ‘It seems a lottery at the moment as to which banks stay open and which close – less measured on how much they are needed but what banks can get away with.

‘Eastbourne is such a friendly, bustling place offering a great shop window for banks – with tourists and locals alike benefiting from easy access to their services. It proves how important banks are in ensuring a town thrives, rather than declines.’ Local entertainer Peter Lambert is a dab hand at plate-spinning, knife-juggling and doing extraordinary things on a unicycle. Indeed, he’s so good that seven years ago, he was a semi-finalist on ITV show Britain’s Got Talent.

Peter lives in Hailsham, nine miles north of Eastbourne. He says: ‘Eastbourne may be overloaded with banks, but we have been losing lots of nearby branches in recent years. Barclays quit my home town last year while NatWest and Santander shut in nearby Heathfield.’

It means Peter must come to Eastbourne when he wants to visit his bank (he was using the bank to deposit some cash).

The 40-year-old adds: ‘Yes, it’s great that Eastbourne has a healthy number of banks and building societies, but let’s not forget that branches have been culled in their dozens from nearby towns.’

Derek French is a longstanding campaigner for banks to maintain a presence on high streets up and down the country. He backs the idea of shared branches – banking hubs – in communities where all bank branches have been axed. 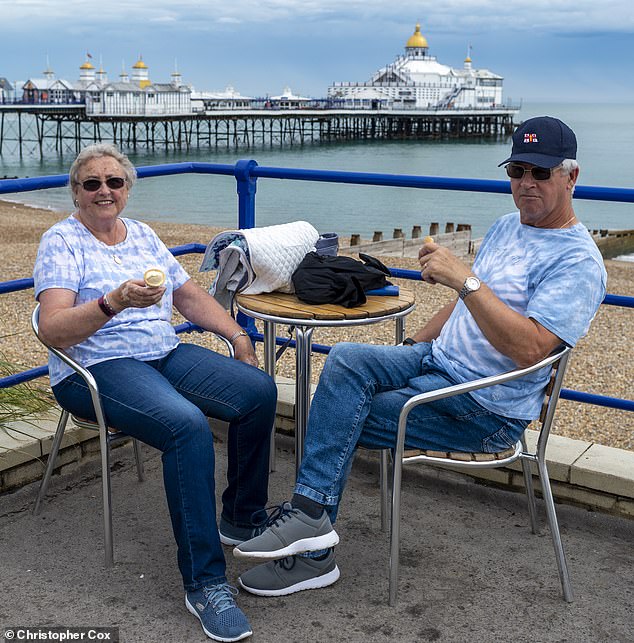 Vital service: Derek and Margaret Myers, on holiday from Yorkshire, were amazed by the number of banks in Eastbourne

Although delighted that Eastbourne has hung on to so many of its banks, French says it highlights the crass approach that the banks adopt towards branch closures.

‘It’s a postcode lottery,’ he says, ‘when the starting point should be that every town has a bank or banking hub. There’s no logic. Eastbourne has nine when other deserving towns such as its next door neighbour Peacehaven [see left] have none.’

French says the gauge used by banks to determine whether a branch should shut is the number of people that regularly visit.

Too few regulars and the branch is earmarked for closure. Yet in using this, French says no account is taken of the town’s need for the bank to remain open.

He says: ‘Banks manipulate branch usage figures to justify a closure. By defining a regular customer as someone who visits a branch every week for six months or more, it enables them to produce figures that suggest the branch isn’t being used regularly enough. These statistics are utter nonsense.’

French is disappointed by the slow roll-out of banking hubs.

Last week, The Mail on Sunday revealed that not one of ten new banking hubs announced in the past nine months has yet to open.

Only two hubs set up before last December – in Cambuslang, near Glasgow and Rochford in Essex – have so far opened, but as pilots only.

French believes 50 banking hubs are urgently needed – with perhaps 400 nationwide to ensure all towns have a banking presence on the high street.

Thirteen new hubs will be announced this week. So far this year, 433 branches have been axed or will soon get the chop.

…but 16 miles away, not ONE major bank

The bustling resort of Peacehaven lies 16 miles west of Eastbourne. It shares the same glorious sunny coastline and chalk South Down cliffs – but, as far as the banks are concerned, it might as well be a leper colony.

Not one of the major banks has a presence in the town – with Barclays, NatWest and Halifax having all axed branches in recent years.

Only building society Nationwide has kept open its branch.

Although a fifth the size of Eastbourne, the town has a thriving high street including grocery stores, a butcher and bakery, restaurants – and no less than eight estate agents. Sales negotiator Mike Pearson, from estate agent Cubitt & West, says: ‘A bank provides a good reason for people to come and visit the local shops.’

He adds: ‘When it closes, the knock-on effect is negative for everyone.’

Resident Sarah Marx, a child psychotherapist, says: ‘There is no rhyme or reason behind branch closures. Surely, the banks could have knocked their heads together and kept one branch open here in Peacehaven – even if it meant that one of the nine over in Eastbourne had to shut.

She adds: ‘All towns need to have a bank, and none more so than Peacehaven.’