EastEnders’ Lacey Turner wrapped up warm as she attended the The Solving Kids Cancer UK Christmas Concert in London on Thursday evening.

The actress, 34, joined co-stars including Shona McGarty and Bobbie Brazier at the St Pancrus Church as they performed as part of a choir for the good cause.

She layered the coat over distressed cut-off jeans and slipped her feet into a pair of brown Ugg ankle boots.

The stunner accentuated her natural beauty with a light dusting of make-up and let her luscious dark locks fall past her shoulders.

Meanwhile Shona, 31, donned a black faux fur coat which she wore over a colourful Christmas jumper. 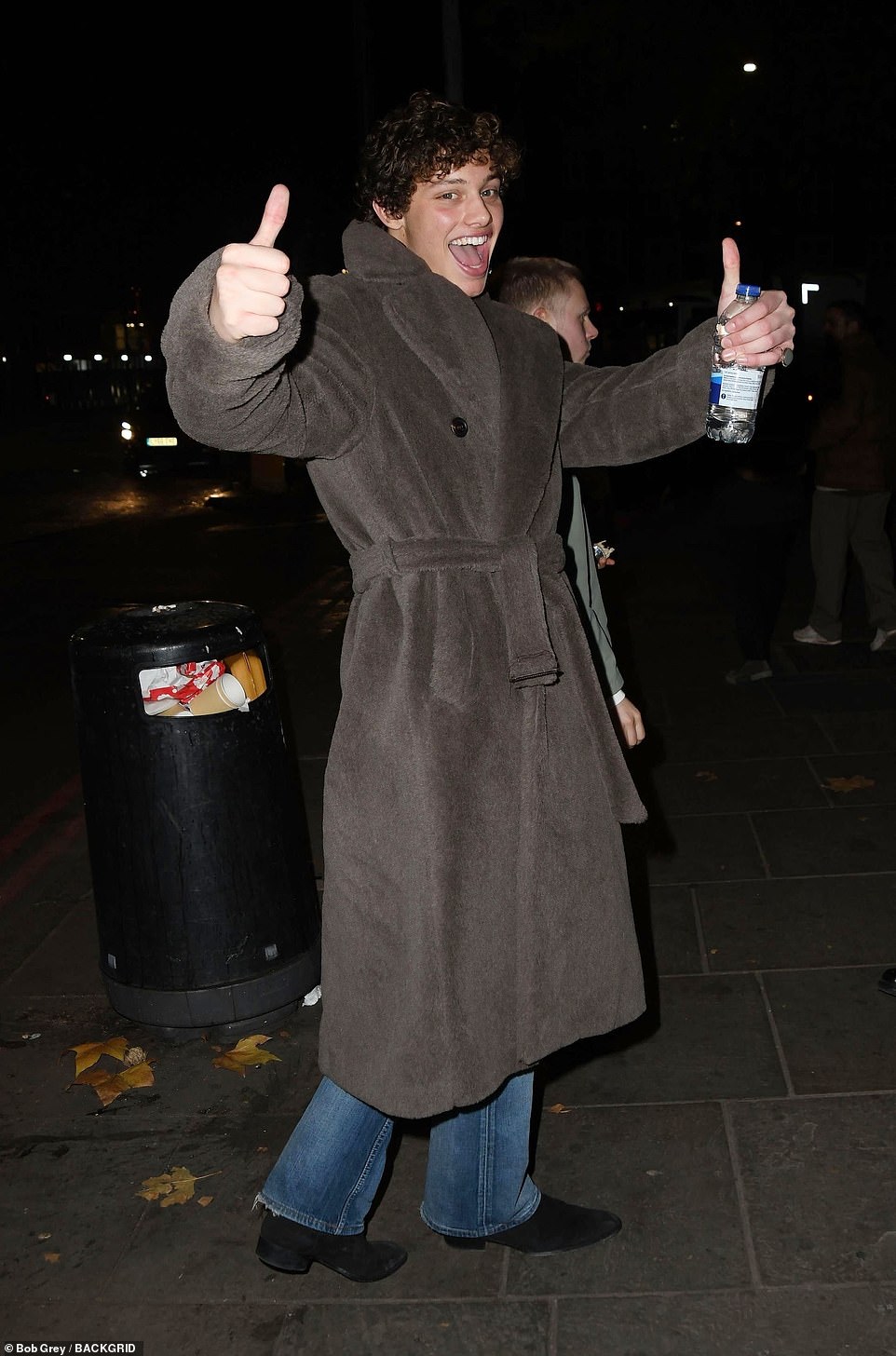 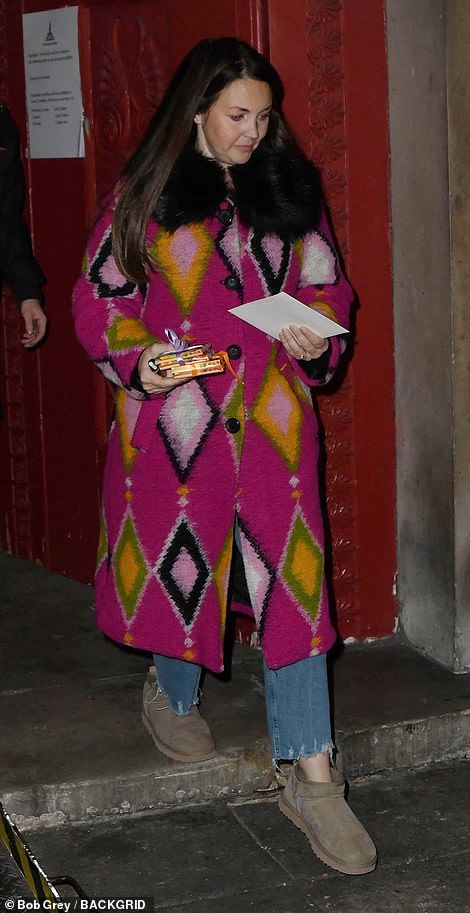 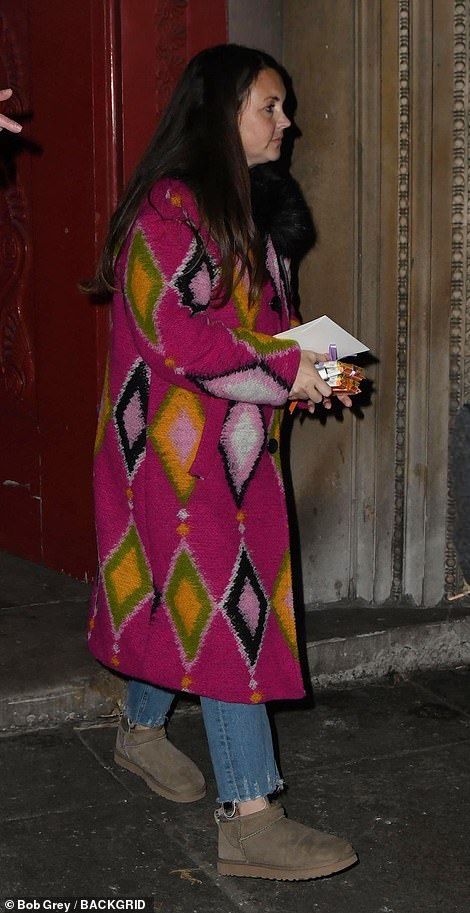 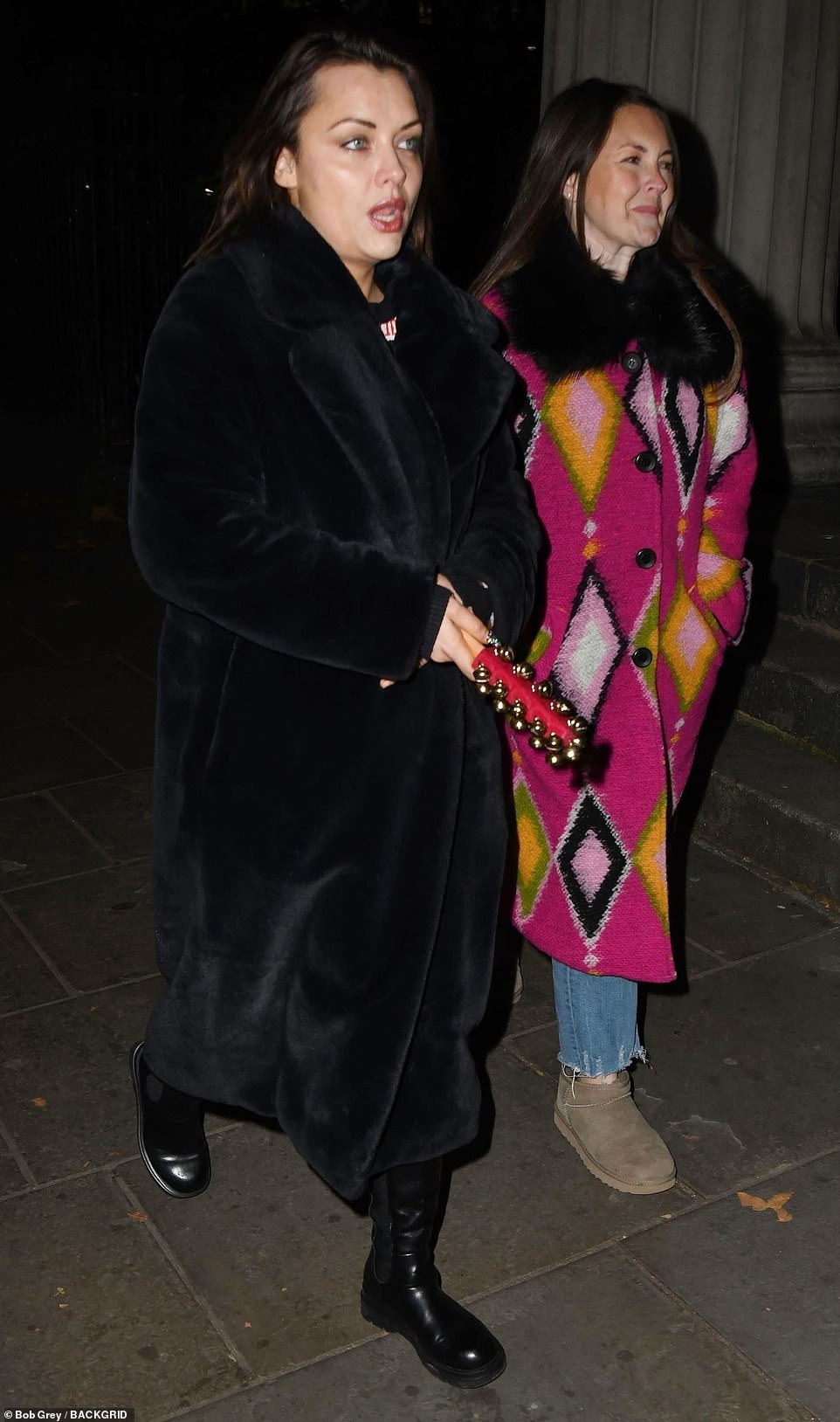 Chic: Meanwhile Shona, 31, donned a black faux fur coat which she appeared to wear over a colour Christmas jumper

The Whitney Dean actress, completed the ensemble with a pair of black boots and arrived holding bells ready to sing a host of festive tunes.

Bobby, 19, appeared in high spirits and followed suit donning a long double-breasted faux fur coat which he belted at the waist

The son of Jade Goody, who plays Freddie Slater, looked smart and wore blue jeans along with a pair of black Chelsea boots. 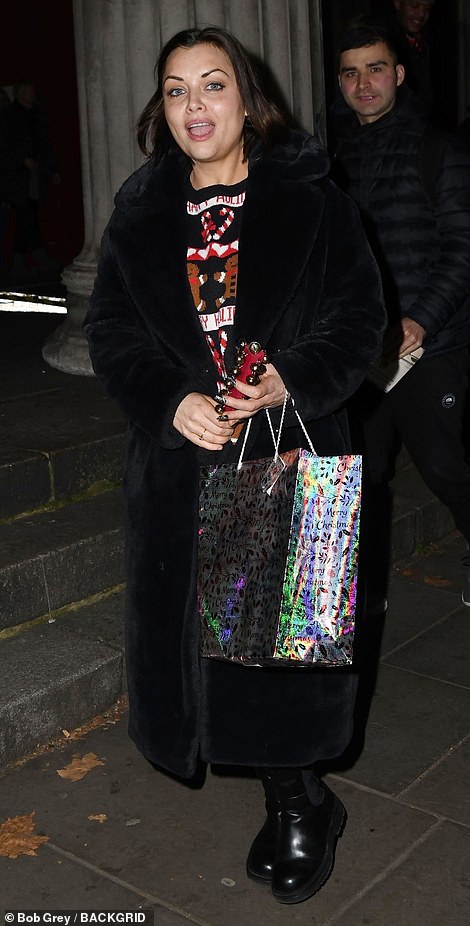 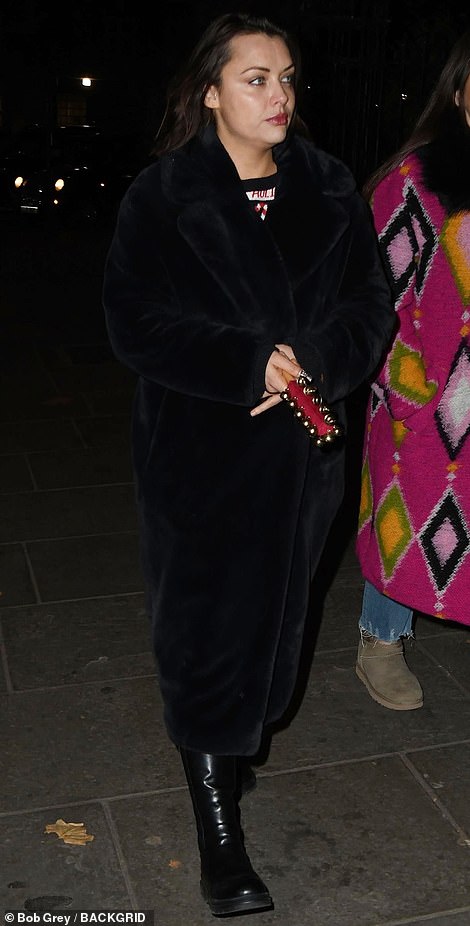 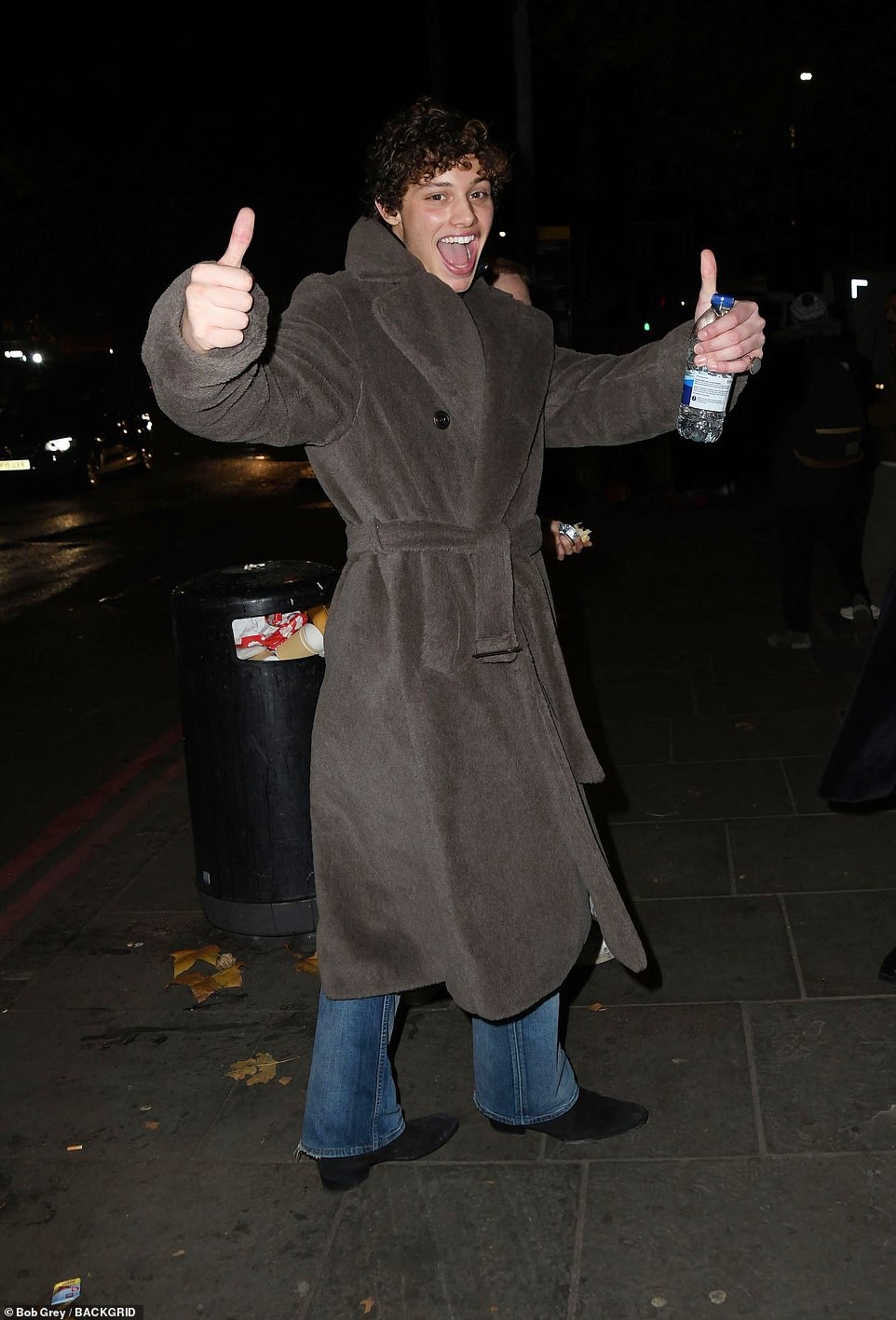 Stylish: The son of Jade Goody, who plays Freddie Slater, looked smart and wore blue jeans along with a pair of black Chelsea boots 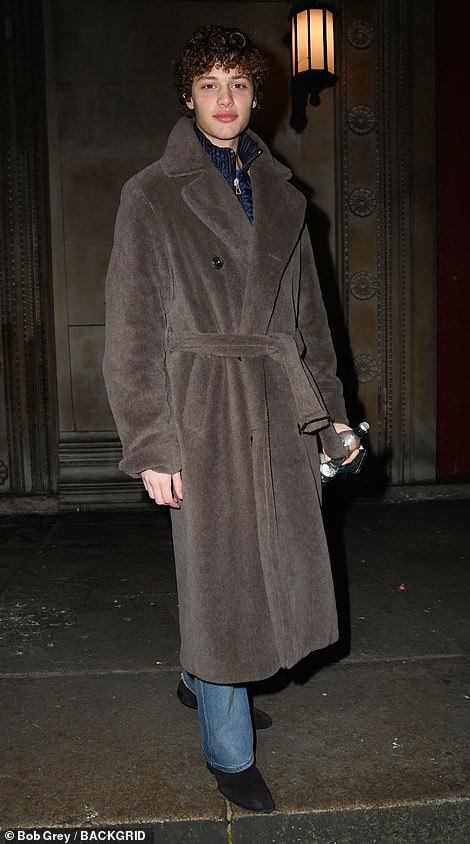 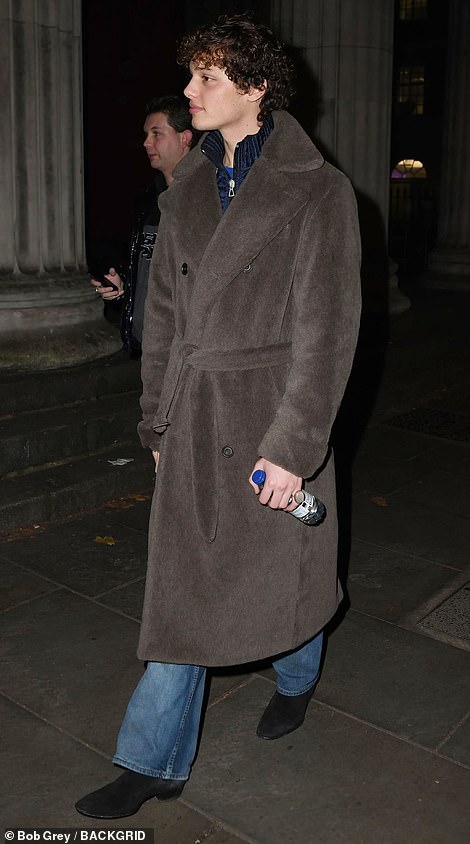 Model credentials: He flaunted his unique sense of style layered the coat over a padded jacket and sporting a large cocktail ring 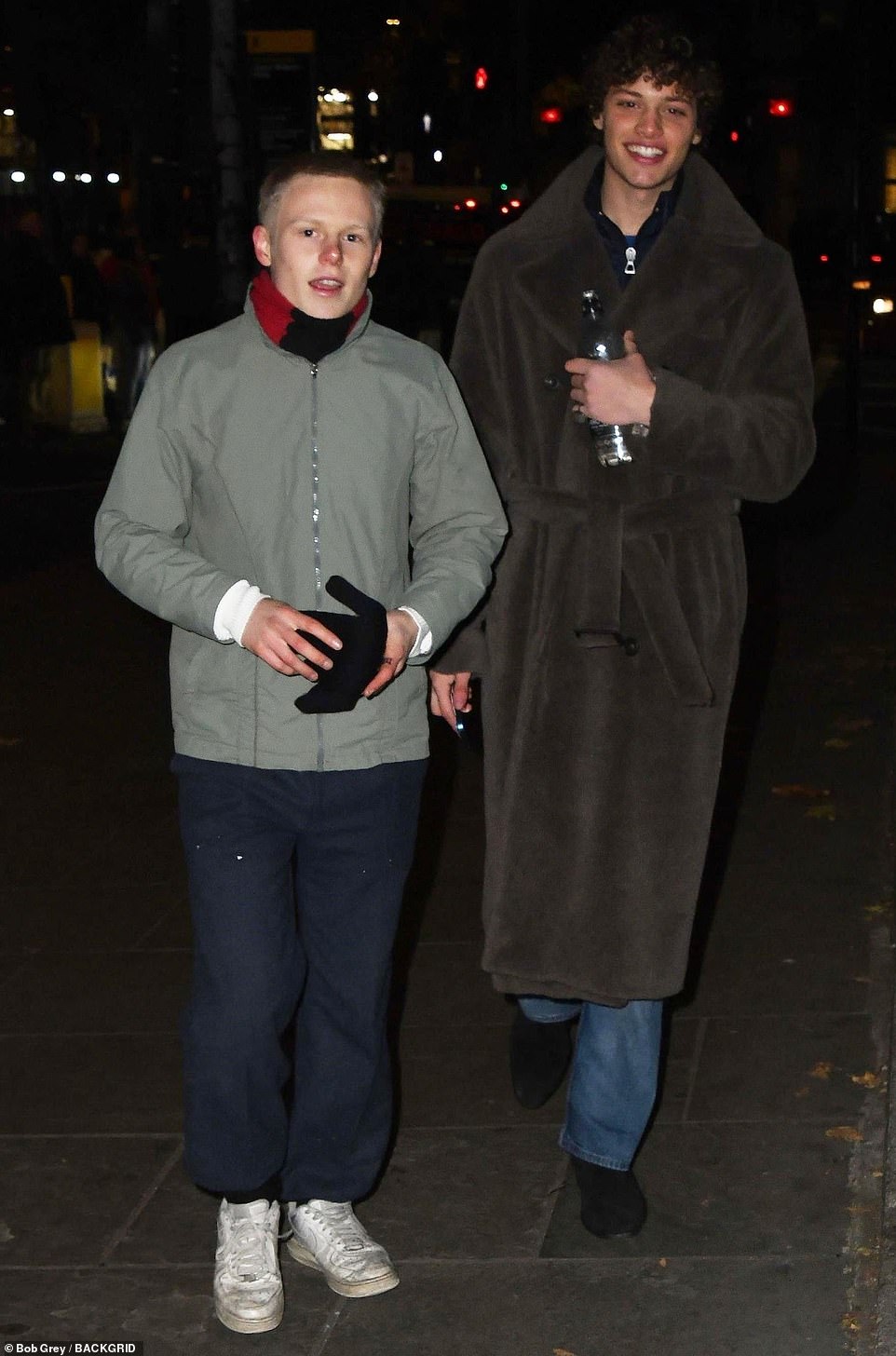 The evening helped raise money for Solving Kids’ Cancer UK, with all proceeds going towards the work they do children and their families around the UK who are experiencing the many challenges that come with a cancer diagnosis.

The actors also took time to meet the audience and also raffled off an EastEnders themed prize in a bid to raise further cash for the good cause.

Golden girl: Kellie Bright wrapped up in a leopard print trimmed coat which she wore over a metallic gold skirt 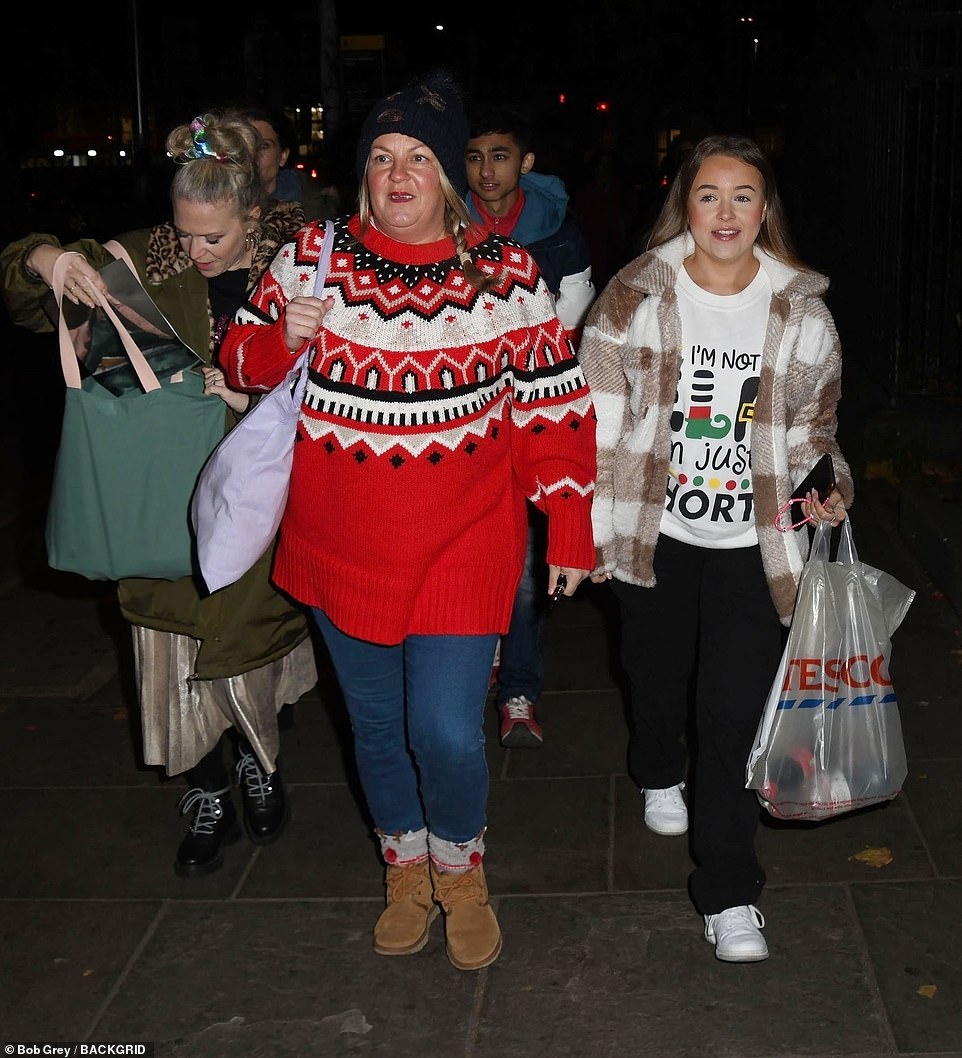 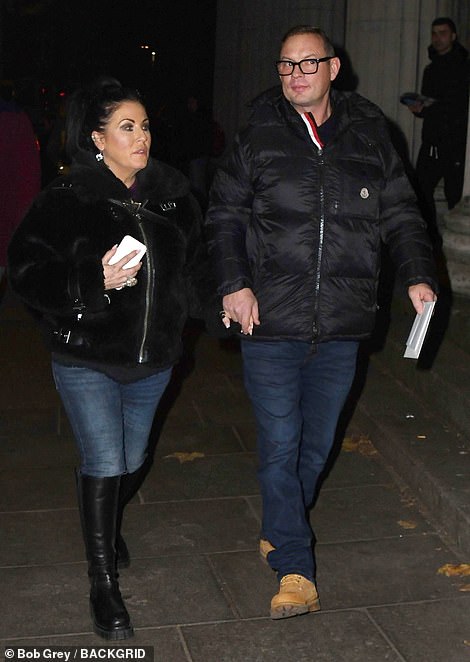 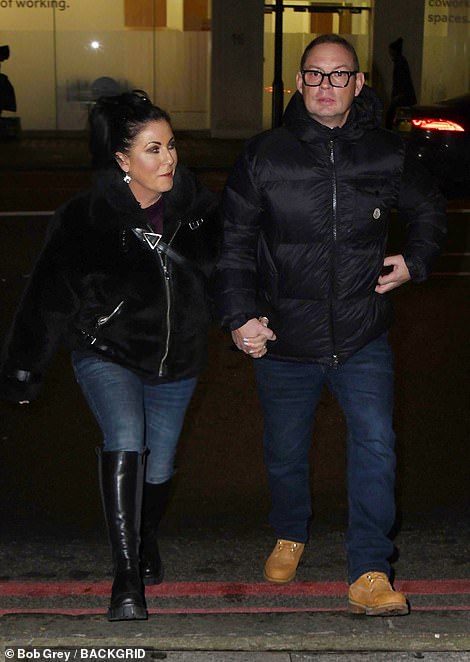 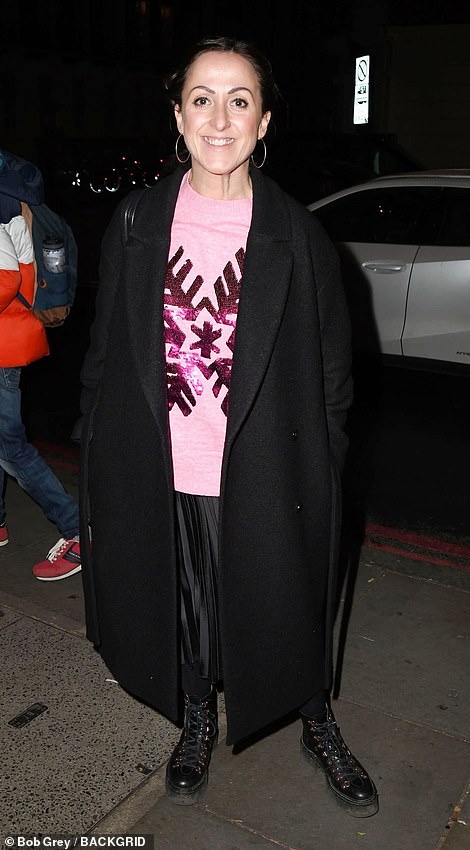 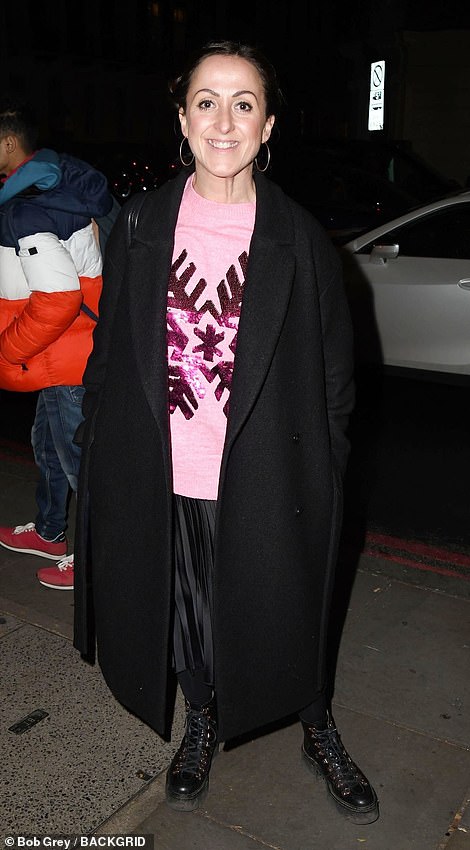 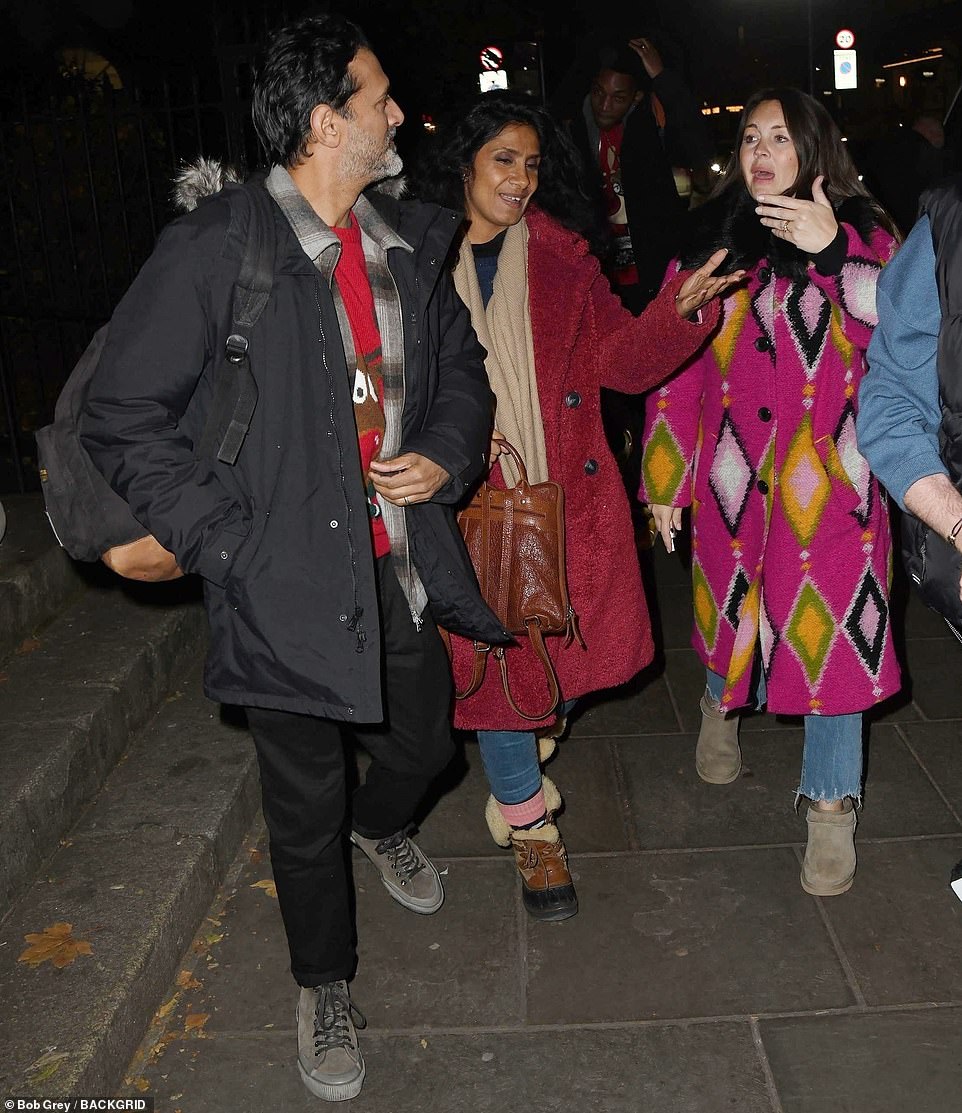 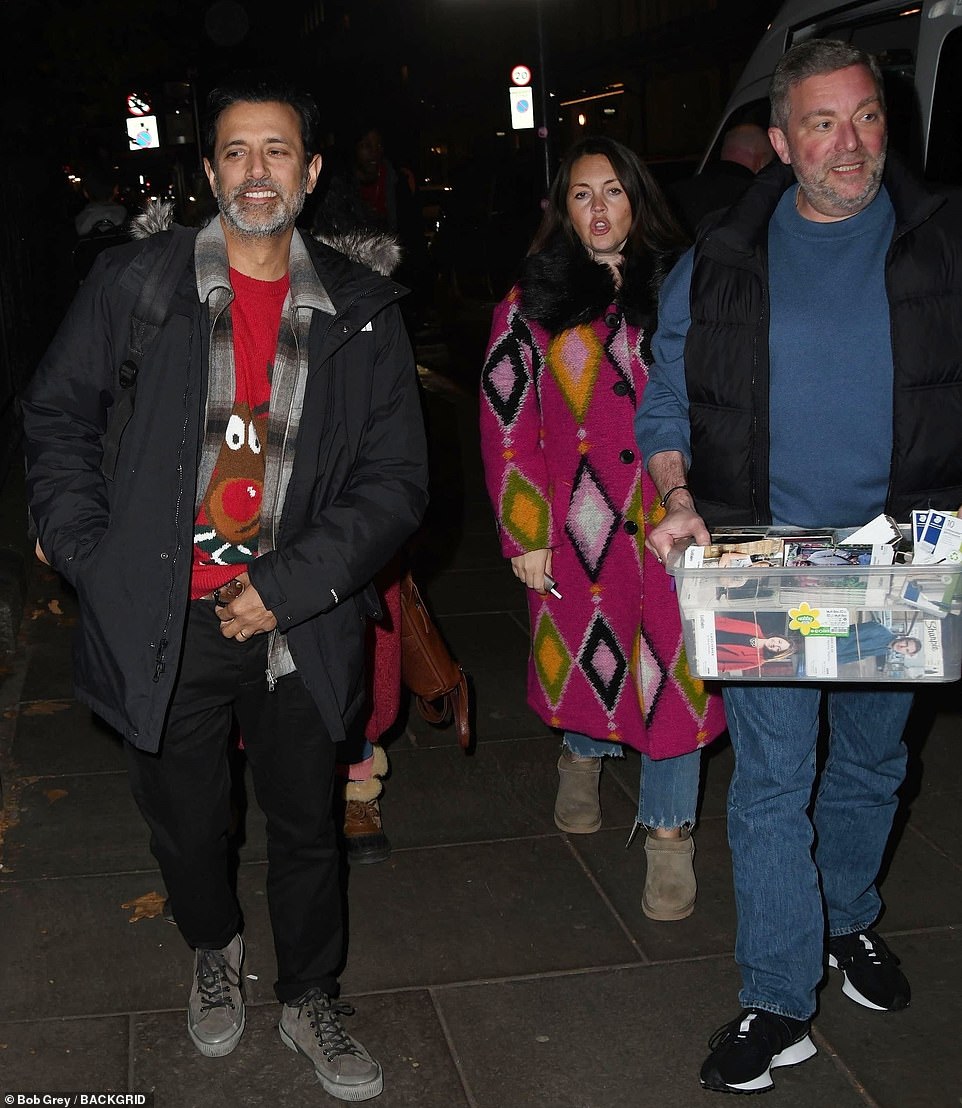 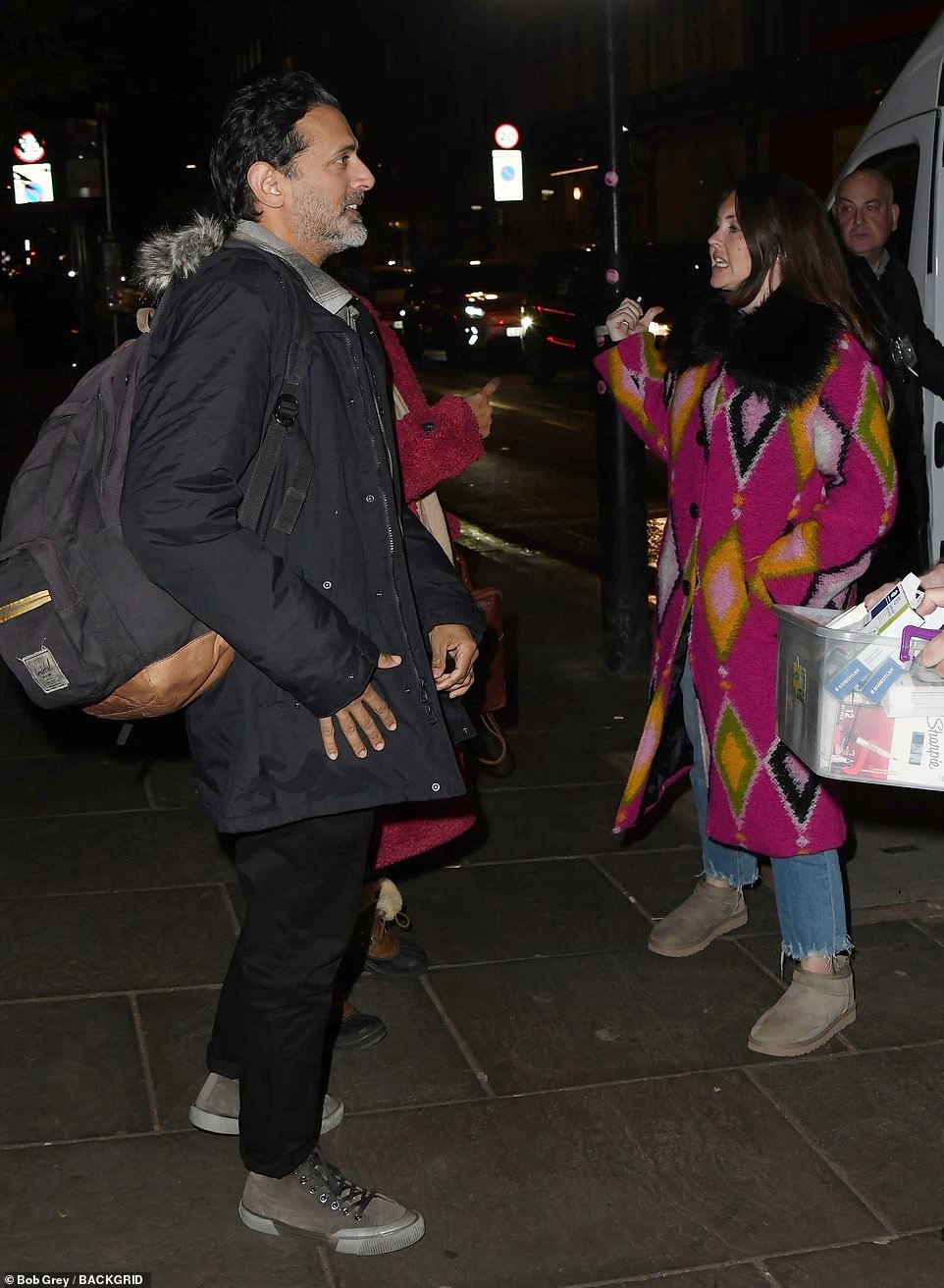 Chinwag: They chatted outside the church before showing off their vocal skills 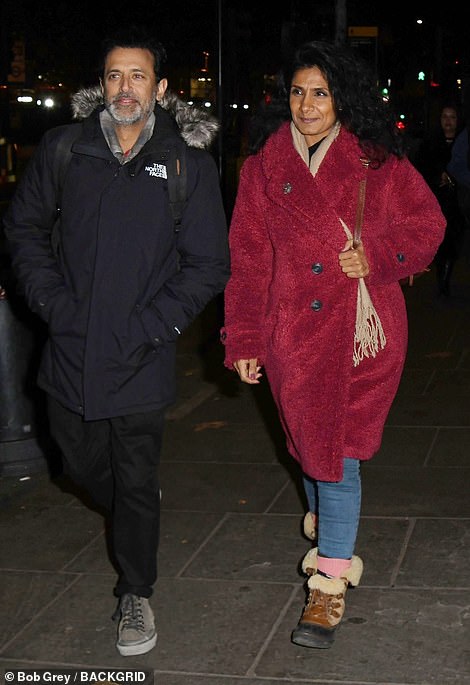 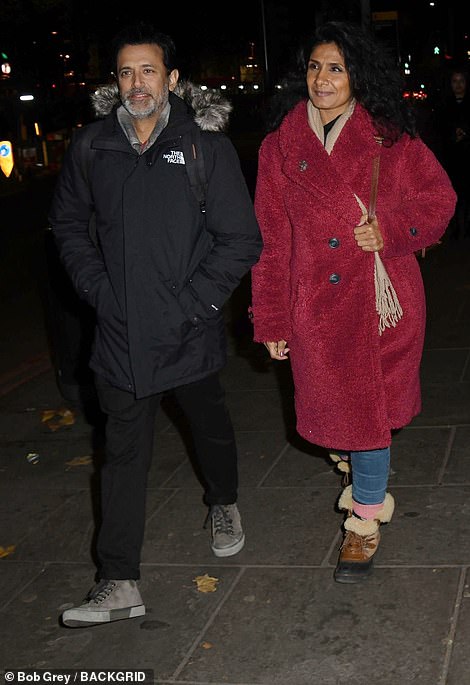 It comes after it was revealed Three of June Brown’s children will appear on the show for her character Dot Cotton’s funeral.

According to The Sun, show boss Chris Kershaw told how June’s children Sophie, Nim and Billy asked to be in the emotional scene.

The special episode, which is extended to 37 minutes and reportedly features a slightly altered theme tune, airs on Monday December 12. 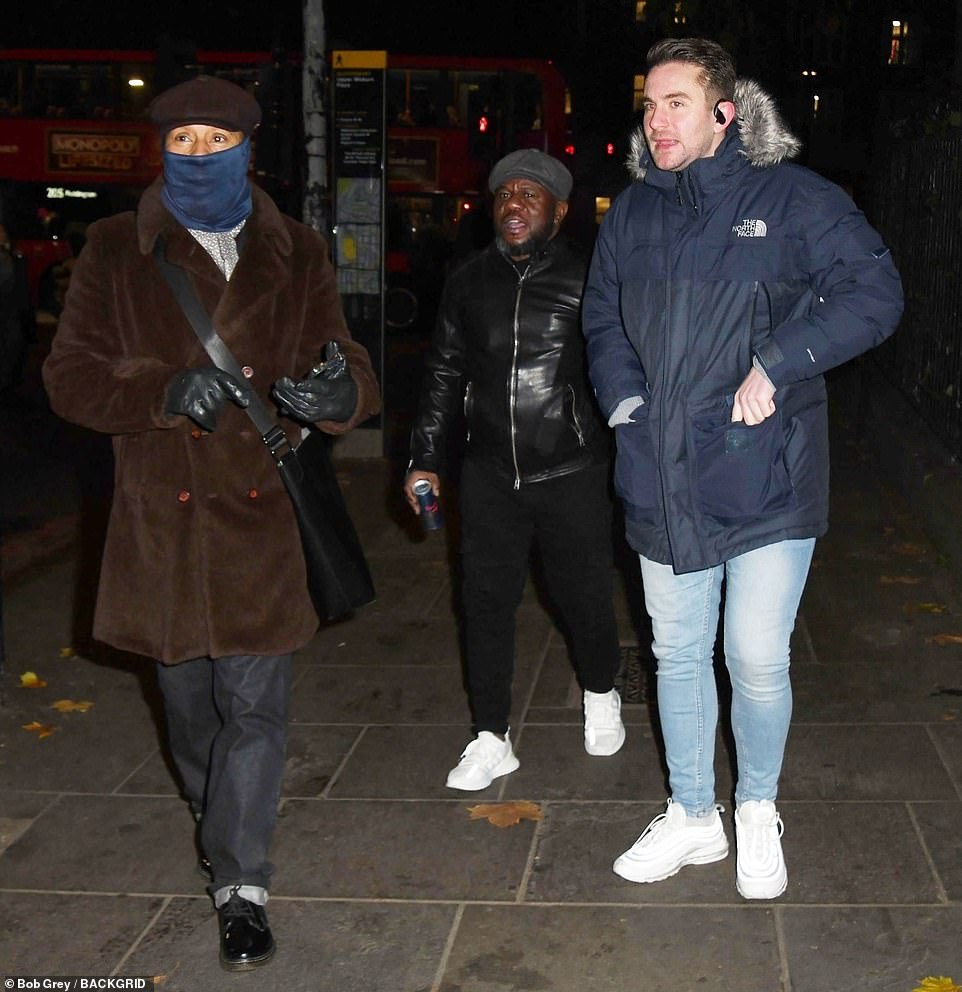 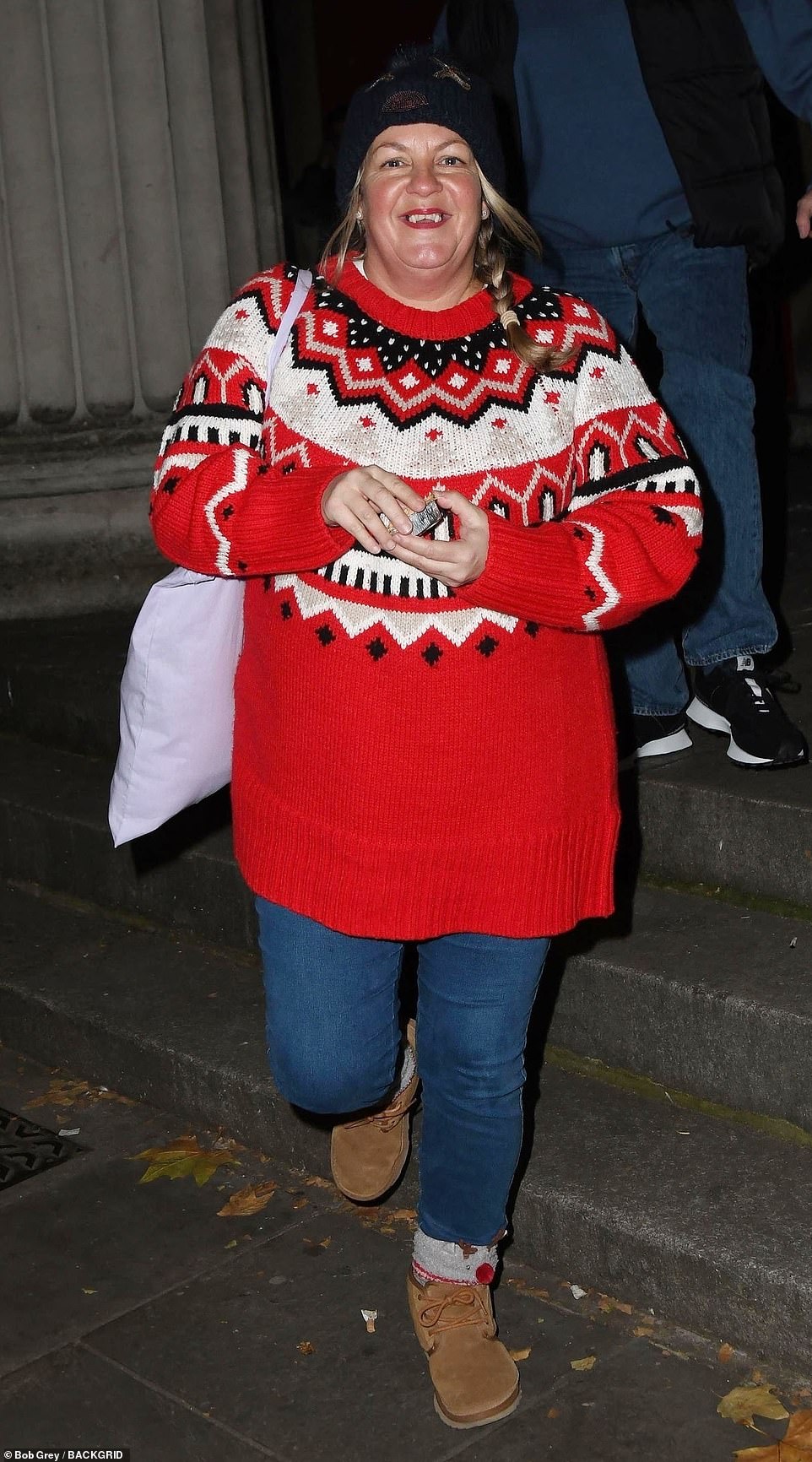 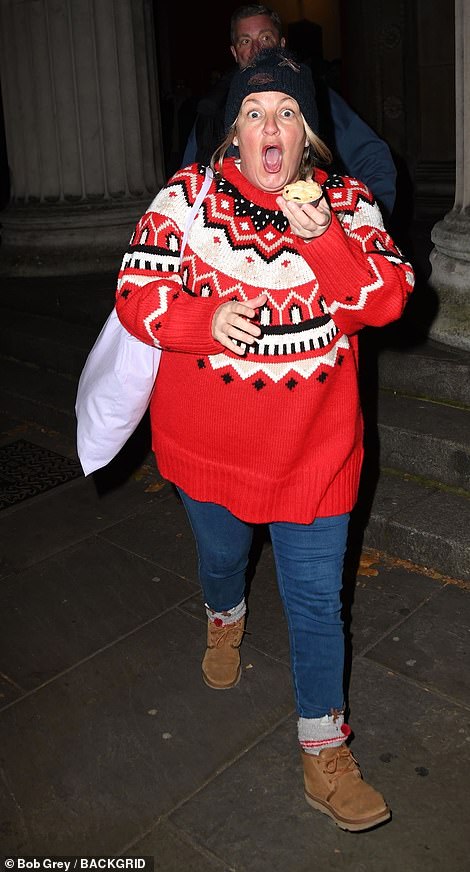 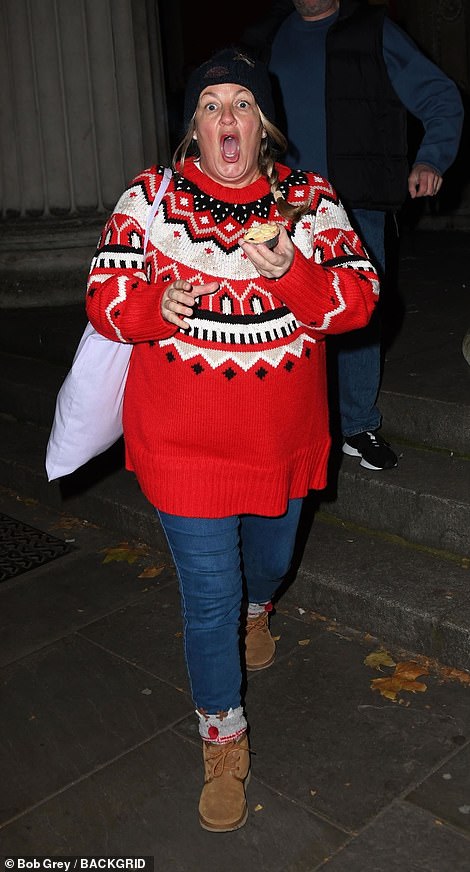 Cheeky: She appeared in great spirits as she nibbled on a mince pie after the concert

June, who died in April of this year at the age of 95, was also mother to daughters Louise and Chloe with her husband Richard Arnold who died in 2003.

In her final scenes on the BBC series, Dot left a voicemail to say she was going to Ireland to visit her grandson Charlie.

Chris, who is EastEnders’ executive producer, told the publication that while she was alive, June did not want Dot to be killed off. 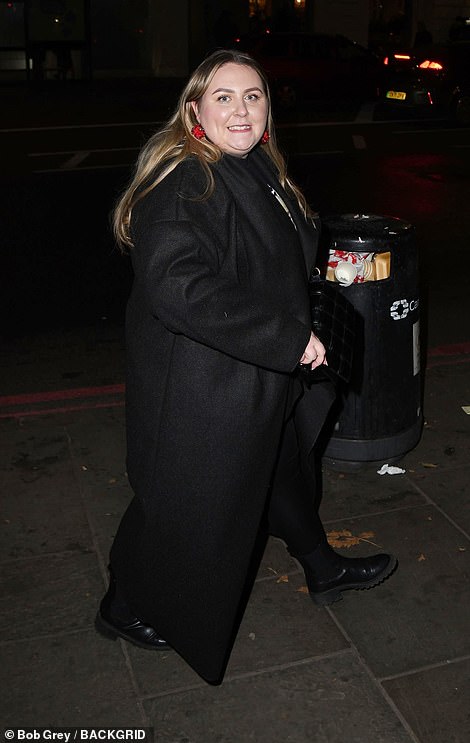 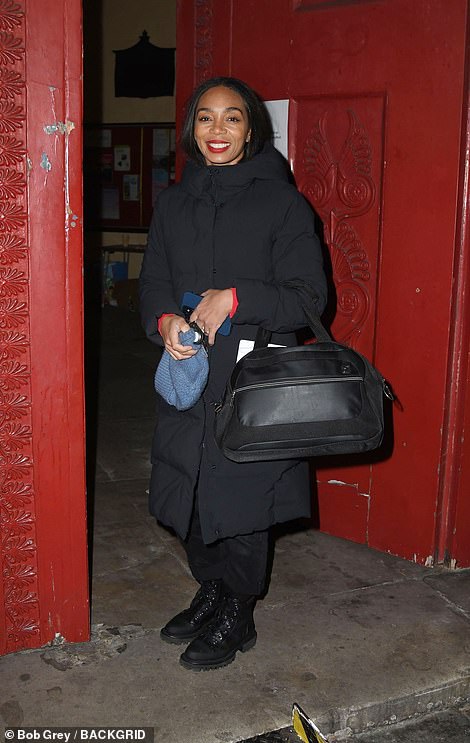 He said: ‘She did of course know that when she did leave us, it was the right thing to do.

‘After some time, we couldn’t put it off much longer. We spoke to June’s family who knew it was what she would have wanted.’

He added: ‘June’s children Nim, Sophie and Billy knew what EastEnders meant to their mother, so much so they requested to attend Dot’s funeral to say their goodbyes.’ 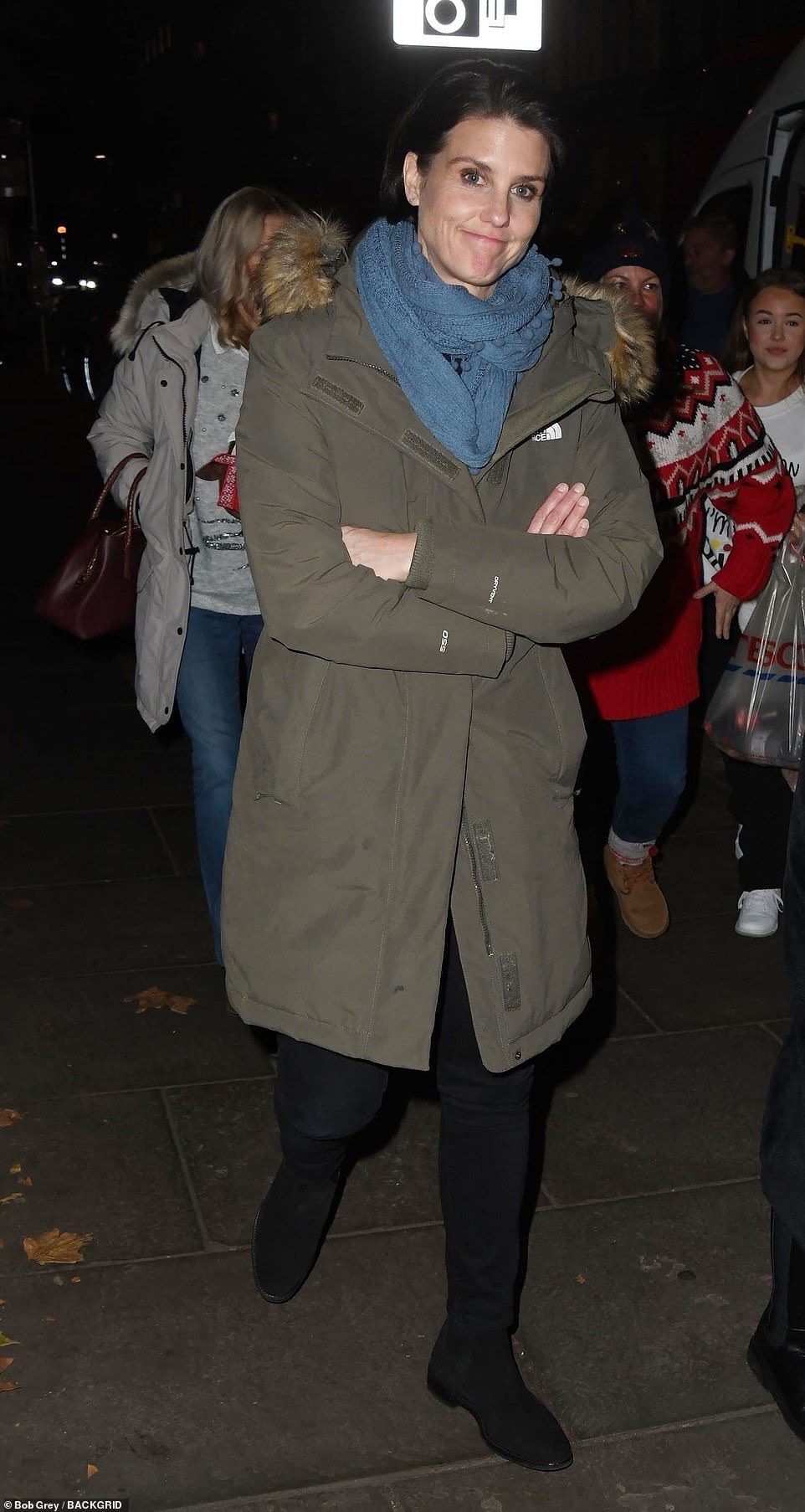 Winter: Heather Peace wrapped up in a winter coat and teamed it with a scarf

Actress Milly Zero, who plays Dot’s granddaugher Dotty, previously told the publication that while filming the scenes the cast cried ‘real tears’ as they came together for the incredible funeral episode.

She said: ‘It was such an emotional day. We cried real tears during filming because it really is such a beautiful tribute to her. There’s elements of the episode that will make you laugh.

‘June was always a bit mischievous on set and would often change the words of the script but that was just her.

‘She would have loved seeing us all come together for the episode. I feel so proud to play her granddaughter it really is a dream role. We will always miss her.’ 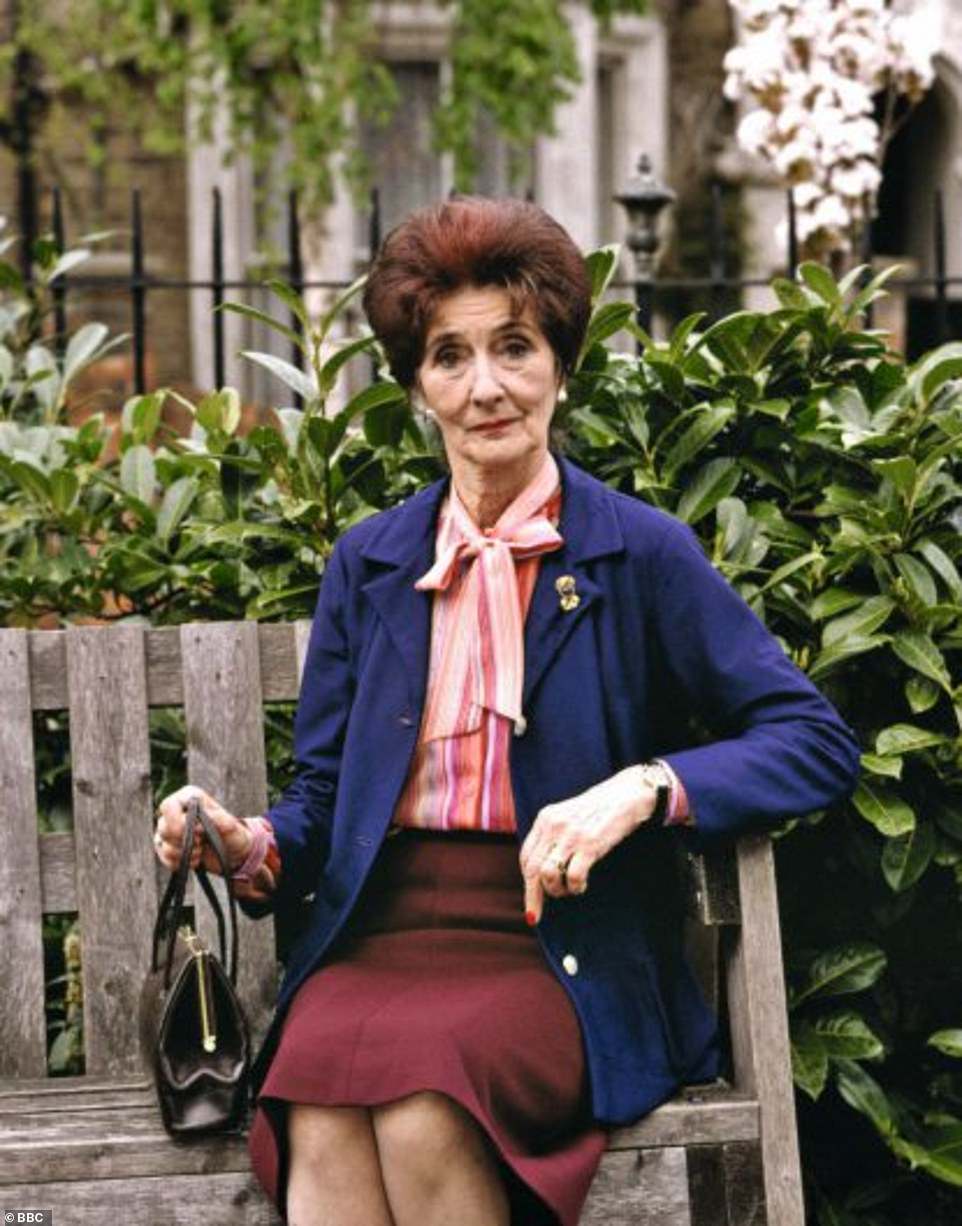 Farewell: It comes after it was revealed Three of June Brown ‘s children will appear on the show for her character Dot Cotton’s funeral