EastEnders: Martin and Stacey Fowler rekindled romance exposed as they’re caught having sex in a van

They have had a tumultuous relationship on EastEnders, filled with love, betrayal and heartbreak.

Despite this, it seems that Martin and Stacey Fowler’s marriage is back on track, but it won’t be without it’s fair share of awkwardness as their rekindled romance is revealed in the most embarrassing way.

Taking things to the next level in the back of Martin’s van, the pair try to keep their reconciliation a secret from everyone on Albert Square, but they are quickly exposed when a police officer interrupts them having sexual relations.

Awkward: Martin and Stacey Fowler’s rekindled relationship is set to be exposed in next week’s episode as they are caught having sex in the back of a van by police

In the awkward scenes which will appear in next week’s episode, Martin (James Bye) and Stacey (Lacey Turner) will be forced to explain themselves as a crowd gathers around to see what all the fuss is about.

And ahead of this embarrassing moment, the reformed couple meet in private to enjoy some much-needed time to themselves at home.

But before they have the chance to take things further, the couple are confronted by Martin’s ex-wife Sonia (Natalie Cassidy), who is furious that she’s caught them together. 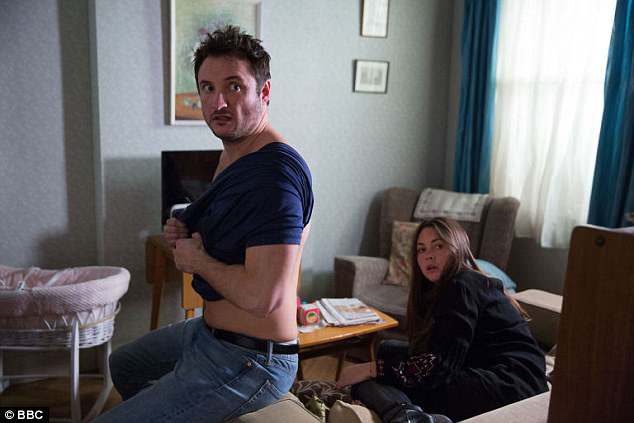 Caught: Ahead of this embarrassing moment, the couple meet in private to enjoy some much-needed time to themselves at home where they’re confronted by Martin’s ex-wife Sonia

Feeling jealous over their rekindled relationship, the mother-of-one insists that it isn’t the prospect of the pair getting back together that bothers her, she’s worried about how this development is going to make their daughter Bex feel.

Martin begs Sonia to keep things secret at least for now, as the pair aren’t ready to make their relationship known, which she reluctantly agrees to.

While she is able to keep the secret, Martin and Stacey aren’t exactly careful with where they choose to rendezvous either, as Ted Murray comes across the pair putting on an amorous display in a shed in the allotments. 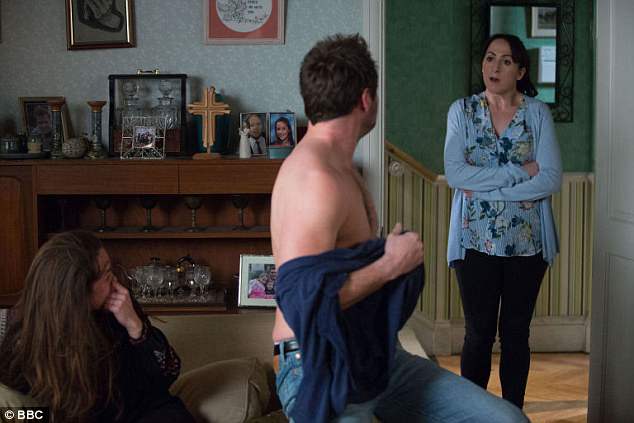 Conflicted: Feeling jealous, Sonia insists she isn’t bothered by them getting back together but that she’s worried about how this development is going to make their daughter Bex feel

Telling Sonia what he saw, the woman decides to be the bigger person and asks him not to tell anyone else in an effort to keep Martin’s secret, but it might already be too late.

Having already informed Patrick Trueman and Bernadette Taylor of the pair’s secret romp, it seems like it’s impossible for their relationship to remain hidden any longer.

Now that so many residents are aware of their rekindled romance, and the couple are confronted by the police over having sex in a van, how will the people of Albert Square react? 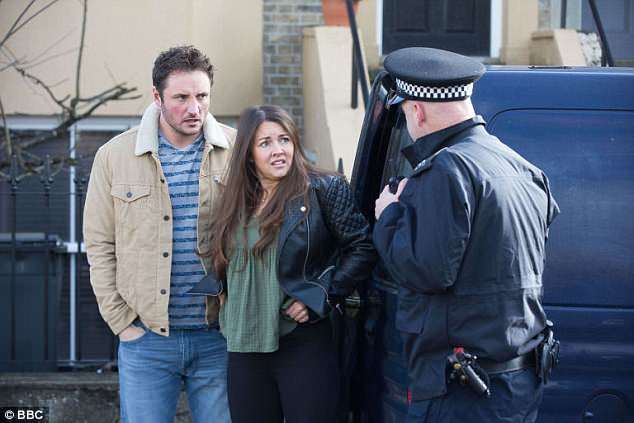 All will be revealed: Now that so many residents are aware of their romance, and the couple are confronted by the police over having sex in a van, how will the people of Albert Square react?