EastEnders viewers have been given a first glimpse of the Mitchell family in the upcoming flashback episode of the BBC soap.

The special episode, which was announced last month and will air on September 5, is set to transport viewers back to the winter of 1979 as the iconic Walford family struggles with economic turmoil in Britain.

FIRST LOOK: EastEnders viewers have been given a first glimpse of the Mitchell family in the upcoming flashback episode of the BBC soap

Peggy is flanked by her sons, the infamous Mitchell brothers Phil and Grant, played by Daniel Delaney and Teddy Jay respectively, while a young Billy Mitchell, who will be portrayed by George Greenland, lurks in the background.

The image also gives fans of the BBC One soap a taste of characters from EastEnders history that have never been seen on screen before.

Sitting at the dining table is Peggy’s husband Eric, played by George Russo, and Charlie Mitchell, Billy’s older brother played by Charlie Heptinstall, is positioned next to his brother in the corner of the room.

During the episode, Peggy will have her hands full keeping the household in line while cracks are beginning to show in her marriage to Eric, while Phil and Eric are busy vying for the title of man of the house, leading to rising tensions. 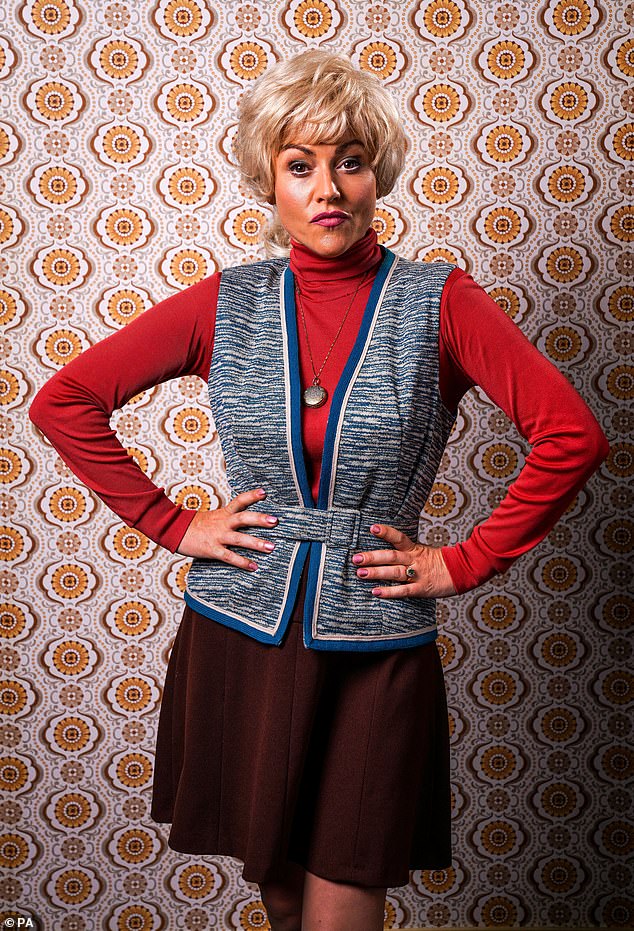 Playing the part: Jaime Winstone, 37, will play a young Peggy Mitchell in a special flashback episode of EastEnders

Billy and Charlie’s father Stephen, played by Dean Roberts, will also appear in the flashback episode, along with Henry Garrett as Archie and Rose Reynolds as Glenda.

Elsewhere in the special, Archie is up to his usual tricks as wife Glenda watches over their daughters Ronnie and Roxy, trying to keep the girls out of trouble.

As present day Phil grapples with growing pressure from DCI Keeble, audiences will be taken on a journey back to his youth where clues to his present will be revealed.

Revelations from the past may also afford viewers an insight into the truth behind DCI Keeble’s vendetta against the Mitchell family. 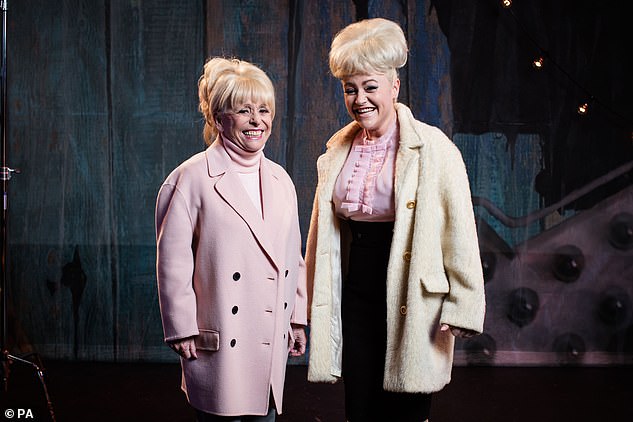 Stars: Jaime (right) portrayed the soap stalwart in the BBC biopic Babs in 2017, playing Dame Barbara Windsor (left) in her 20s and 30s

Peggy Mitchell was originally played by Dame Barbara Windsor, who joined the long-running soap in 1994 before becoming its biggest star.

Dame Barbara died in December 2020 aged 83 having been diagnosed with Alzheimer’s disease in 2014.

Dame Barbara’s on-screen sons Grant and Phil, played by Ross Kemp and Steve McFadden, have been at the centre of some of the BBC One soap’s most explosive storylines over the years, as has Peggy’s daughter, Sam, originally played by Danniella Westbrook, with Kim Medcalf taking over the role in the early 2000s.

The EastEnders Mitchell family flashback special will air on BBC One and BBC iPlayer on September 5 at 7.30pm. 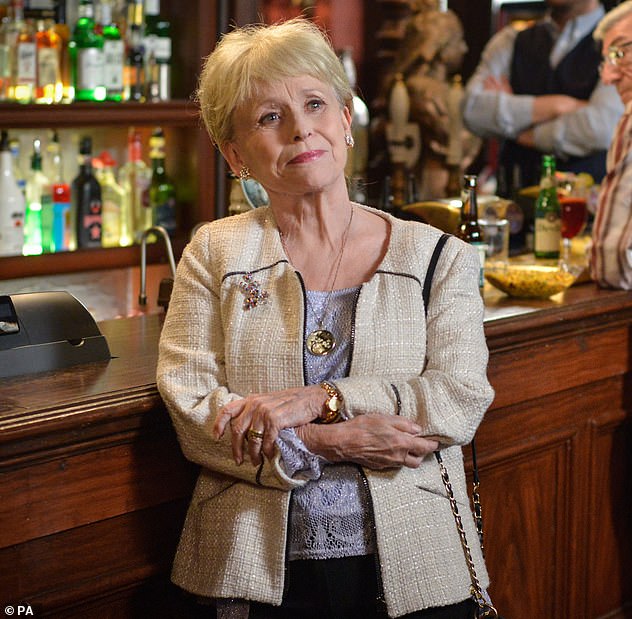 Legendary: The matriarch of the Mitchell family was a role inhabited by Dame Barbara Windsor, who joined the long-running soap in 1994 before becoming its biggest star (Dame Barbara pictured as Peggy in EastEnders in 2016)