Easter travel chaos fears amid ‘Beast from the East Mark 3’

Britons travelling this Easter are bracing for potential travel chaos on the roads and rails as forecasters warn of a ‘Beast from the East Mark 3’ bringing conditions more commonly associated with Christmas.

Engineering works will hit major train routes across the UK including the west coast main line, London and East Anglia, while Northern, South Western Railway and the Docklands Light Railway could all be hit by strike action.

Journeys on motorways could take up to 90 minutes longer on Maundy Thursday, with the M25 around the capital expected to be worst hit between 4pm and 6pm, while delays are also expected on the M1, M4, M5 and M6.

The Met Office has warned temperatures will get ‘increasingly colder’ in the UK later this week, dropping as low as -9C (16F) overnight, while northern and central areas could have snow on Good Friday and Saturday.

There will be no long distance trains to or from London Euston on Sunday due to renewal work in the Wembley area, while Bristol Temple Meads will be shut as Network Rail carries out its largest ever resignalling project. 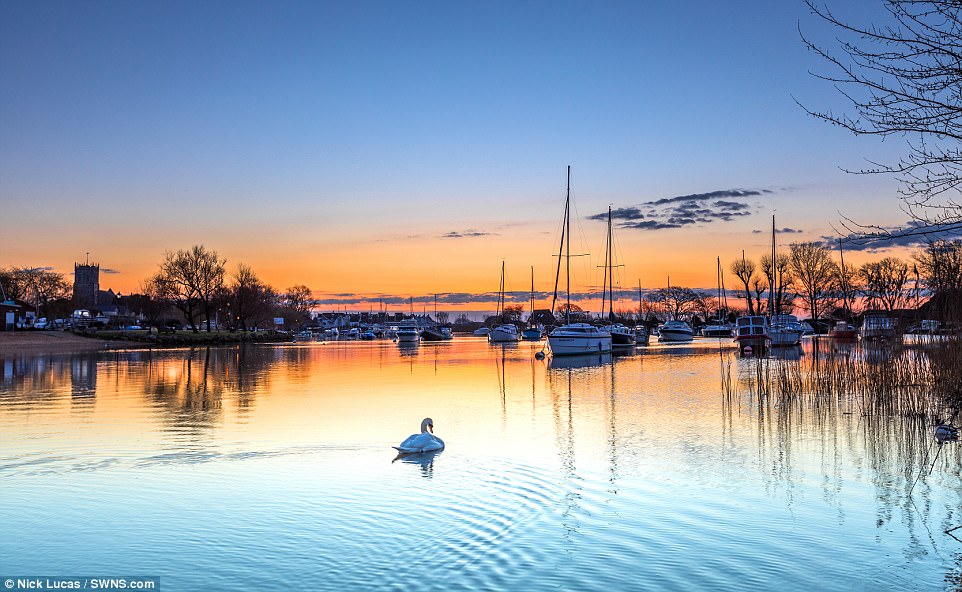 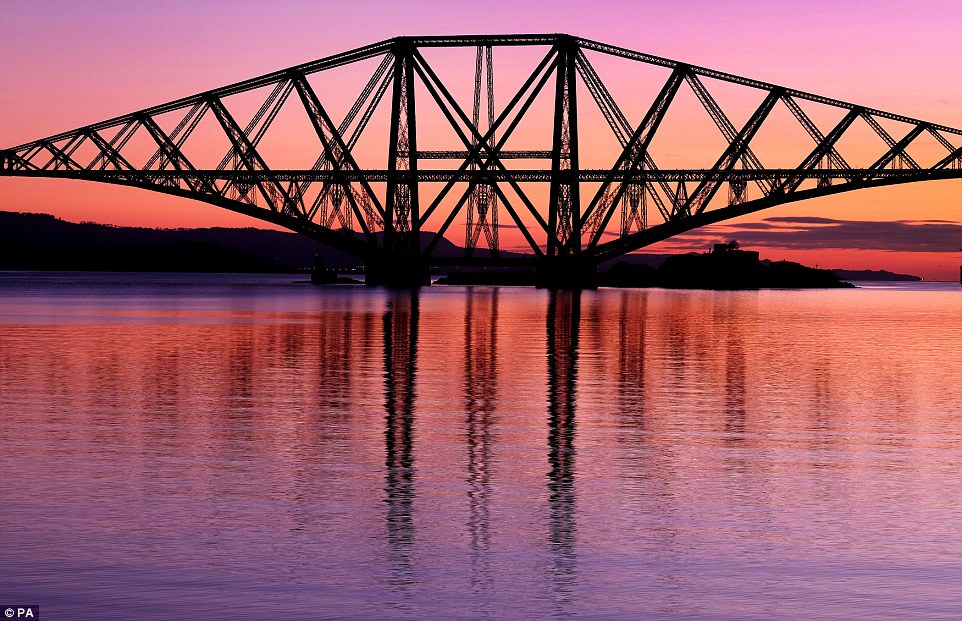 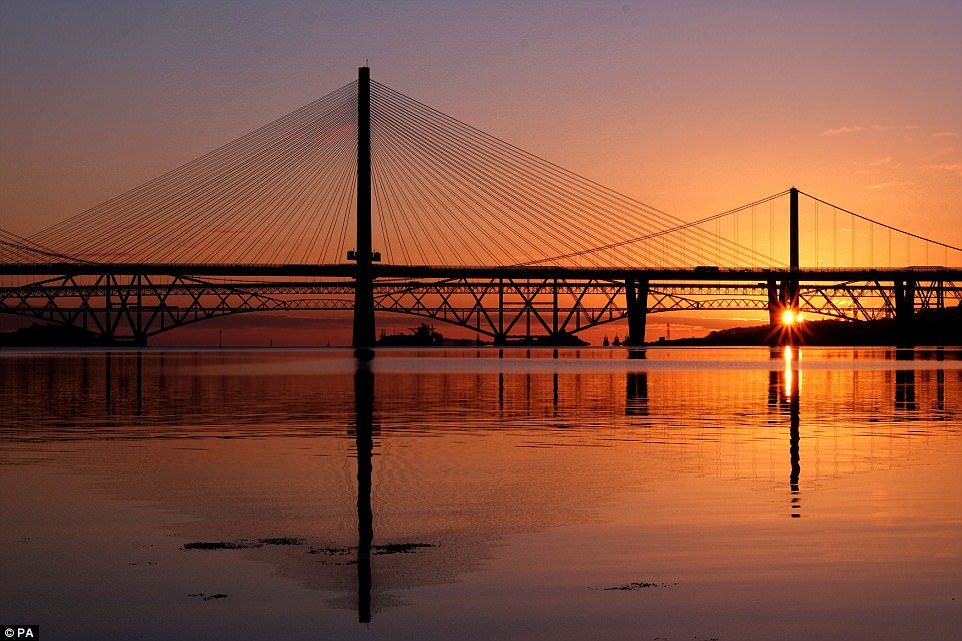 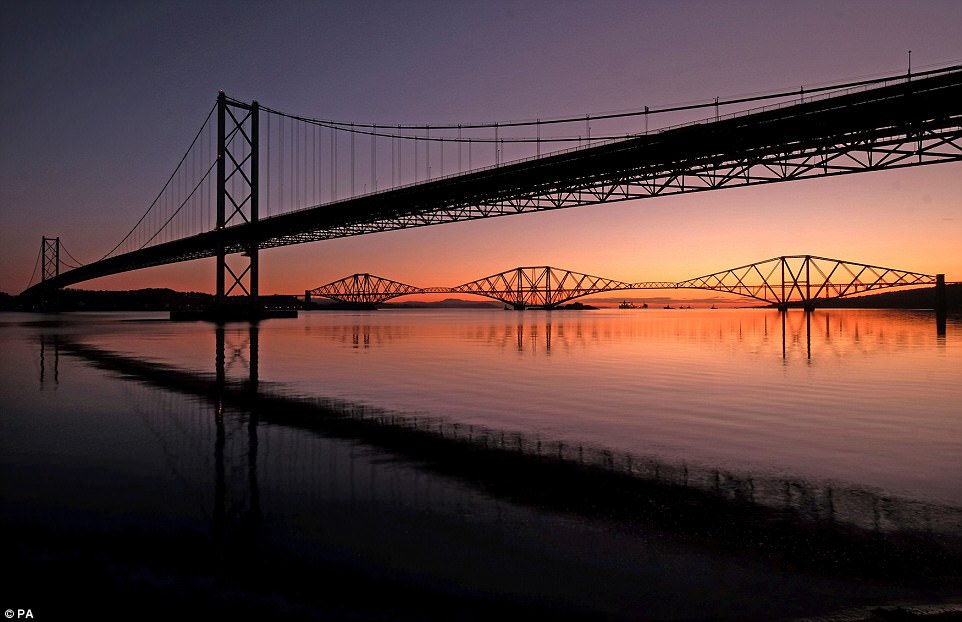 Buses will replace trains on routes including Edinburgh to Glasgow, Hull to Selby in East Yorkshire, London to Ingatestone in Essex, Crewe to Liverpool, Carlisle to Scotland, and Sevenoaks to Tonbridge in Kent.

Rail services are also due to be hit by strike action by members of the Rail, Maritime and Transport union at Arriva Rail North (Northern) who will walk out for 24 hours on Thursday in the long-running row over the role of guards.

The company has been embroiled in a year-long argument with the union over staffing and guards, which is also affecting four other train operators, including South Western Railway (SWR).

RMT members on SWR will refuse to work rest days over the four day Easter weekend, starting on Good Friday, accusing the company of refusing to engage with the union.

Meanwhile, talks are being held today to try to avert a 48-hour stoppage by RMT members on London’s Docklands Light Railway (DLR) later this week over claims of a ‘comprehensive breakdown’ in industrial relations.

Network Rail said it will have 15,000 engineers and contractors working over the Easter weekend on more than 400 projects as part of a £118million investment plan across the country. 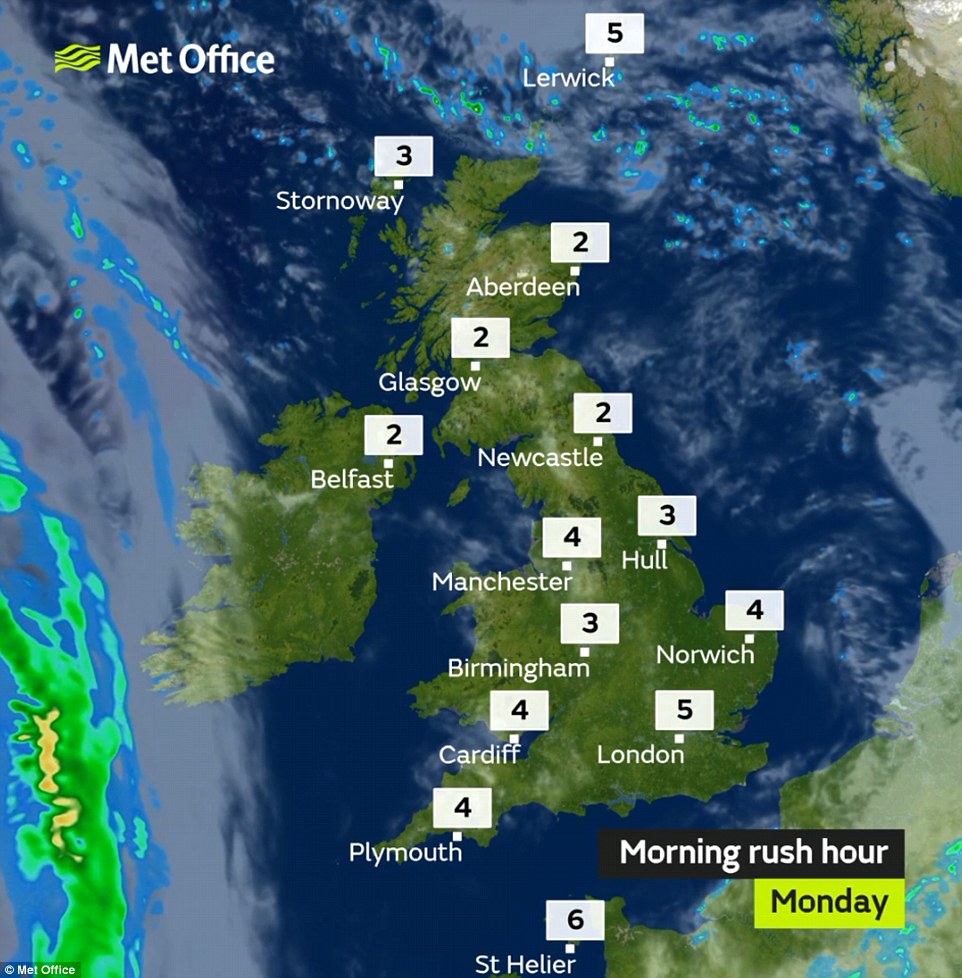 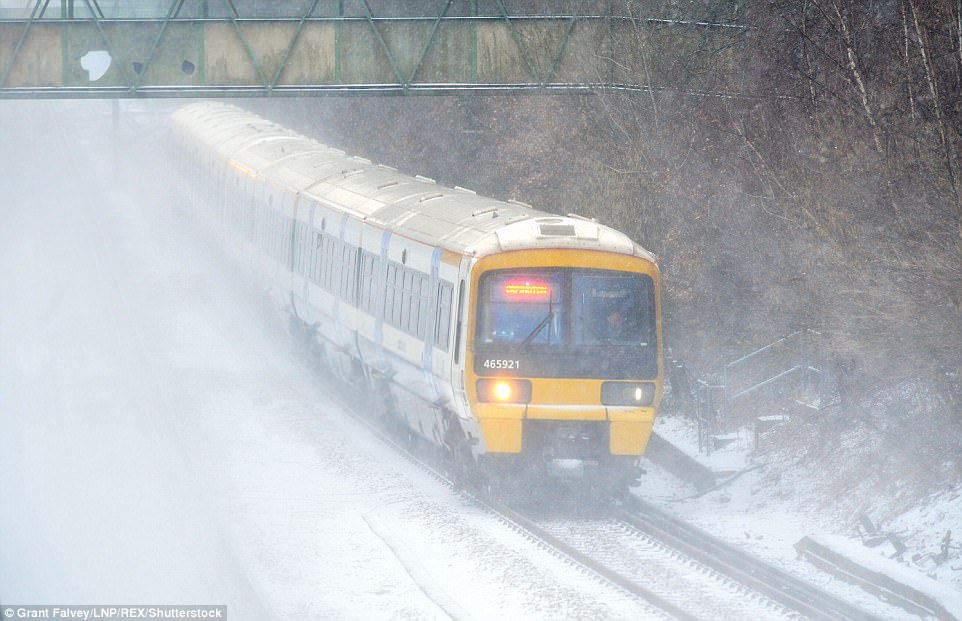 A train travels towards Orpington, Kent, in the snow on March 1 during the first Beast from the East

Ahead of potential snow on the hills this weekend, forecasters say it could also fall on lower ground in the north, adding that the unsettled conditions and the possibility of snow will continue into Easter Sunday.

Sky News weather presenter Nazaneen Ghaffar said: ‘It’s being dubbed as the Beast from the East Mark 3, but as with most trilogies, the third edition is never as good.

‘At the moment the exact details for the Easter weekend are uncertain but it looks like from Wednesday onwards colder conditions and spells of snow are likely.

‘The snow will be mainly across central and northern areas of the UK, and mostly across the high ground but there is the chance of snow to low levels of these areas too which may lead to some disruption.

‘However, it’s not expected to be as extreme as the last couple of cold wintry spells we’ve experienced recently due to the sun being stronger this time of the year and we’re also are a lot further into spring now.’

Some long-range forecasters are also predicting a second bout of cold weather will strike in mid-April, after the country suffered some of the coldest March days on record – and the worst snowstorms in decades.

The cold weather – which raises the prospect of travel chaos during the big Easter getaway – is being caused by the break-up of the polar vortex, a large area of cold air that normally sits over the North Pole.

A change in the polar jet stream in February triggered a phenomenon known as Sudden Stratospheric Warming, causing cold winds to be pushed over northern Europe and the US for the last two months.

It would be the first white Easter since 2013, when Arctic weather produced the coldest Easter Sunday on record. Before then, the last white Easter was in 2010, the year of another bitterly cold winter.

Christmas Day last year was mild, rainy and overcast – with only a scattering of snow high in the hills of northern Scotland. Temperatures also peaked at around 12C (54F) – well above the average of 9C (48F) for March in the UK.