A man was forced to wait for a package for two months after the parcel was sent t to Austria five times.

His brother took to Reddit to share the photo online with the tag line ‘my brother waited 2 months for this package to arrive’.

He used a highlighting tool on his phone to show how the package had been ‘missent’ to Austria on five separate occasions.

After two months it finally arrived at its correct destination in Australia.

Next to the fifth ‘missent’ stamp a worker from Austria had written ‘again’ and underlined it in frustration.

A number of fellow users commented on the post and shared similar incidents they had experienced.

‘In South Australia we have a stamp for stuff meant for South Africa,’ one user wrote.

‘I live in Austria and my family add ‘EUROPE’ to my address due to Christmas presents having been sent to Australia instead, several times, so this definitely goes both ways,’ another added.

Other users looked at the incident in a more abstract way.

‘I wonder what kind of adventures this package has had, If only you could watch a 2month (sic) video of a gopro (sic) attached to it so see what crazy shit it’s been getting up too,’ one user wrote. 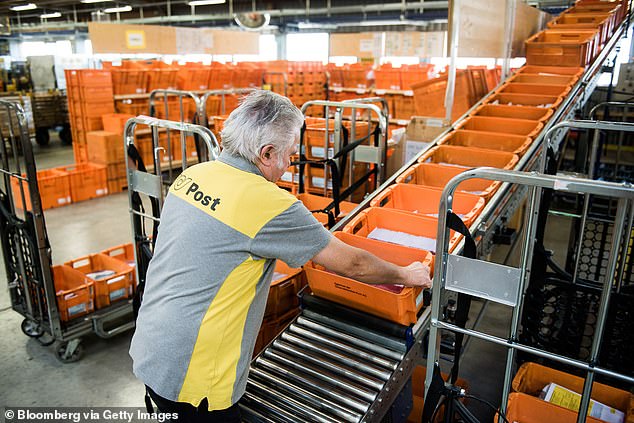