Budget airline easyJet has reimagined a scene from the film Catch Me If You Can to inspire more girls to become pilots.

In the movie, actor Leonardo DiCaprio’s character, Frank Abagnale Jr, impersonates a pilot while being flanked by an entourage of female cabin crew.

But easyJet has released a video featuring a girl in the role of the pilot, while the cabin crew are played by boys. 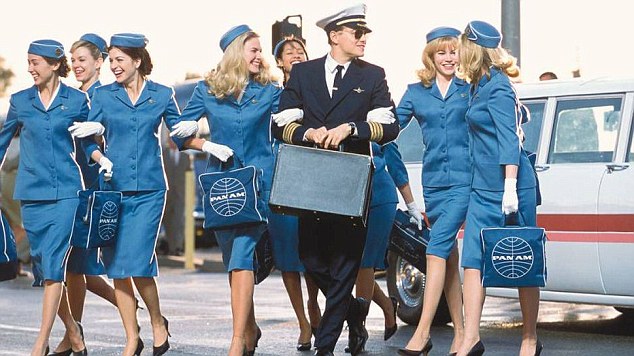 EasyJet captain Emily Revie, whose nine-year-old daughter Hannah stars as the pilot, said: ‘When I was at school, being a pilot was definitely considered a career for the boys and I was told to think about what else I could do as a job.

‘This misconception isn’t helped by Hollywood producers who have a habit of always putting male actors in the cockpit.

‘I’m really pleased to be taking part in an initiative to encourage more girls like Hannah to consider the career. I love my job and would recommend it to anyone.’

EasyJet carried out the stunt after its recent survey of 556 pilots found that the desire to join the profession generally happens much later for girls than it does for boys. 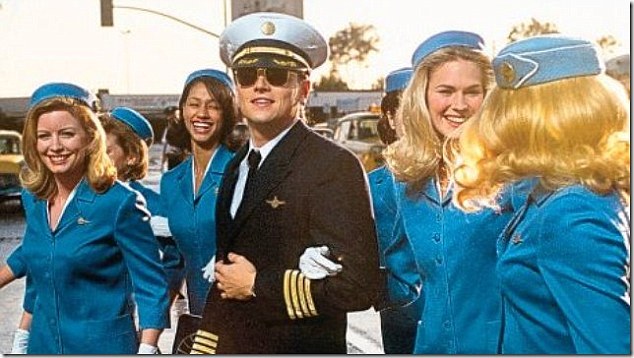 The majority of male pilots (55%) knew they wanted to do the job by the age of 10, whereas almost half of female pilots (44%) were over 16 before they considered the career.

Chris Browne, easyJet’s chief operating officer, said: ‘It is clear from our research that changing perceptions and ambitions for women starts in school.

‘We wanted to create an entertaining but thought-provoking take on this famous movie scene, to inspire more girls to pursue this rewarding career.’

Women make up around 3% of commercial airline pilots worldwide.

The Amy Johnson Flying Initiative – named after the flying pioneer – was launched by easyJet in October 2015 to tackle the stereotype that men are more suited to being pilots than women.