Eat your heart out, Casanova! Julio Iglesias hits headlines we look at other legendary ladies’ men

Spanish crooner Julio Iglesias has never been able to resist boasting of his status as a legendary lover or confessing his ‘obsession with sex’.

‘I have many weaknesses,’ he has said. ‘Women, obviously. I’m not a saint.’

Along the way, he has acquired at least nine children — the latest of them confirmed by a judge in Valencia this week who ruled that Iglesias, now 75, was father of a 43-year-old man born after a week-long affair with a ballerina in 1975.

The twice-married singer, whose hits include To All the Girls I’ve Loved Before and Can’t Help Falling In Love, says he has ‘loved and respected women since I was 15’. This may explain claims that he has slept with as many as 3,000 — a number he has previously both confirmed and denied.

Fame is clearly a great aphrodisiac and Iglesias is far from the only man in the public eye to admit to a mind-boggling number of sexual encounters.

So who appears at the top of the league table? ALISON BOSHOFF reports . . .

The Hollywood seducer Warren Beatty once said that, ‘using simple arithmetic’, he reckoned to have slept with 12,775 women: ‘give or take, a figure that does not include daytime quickies, drive-bys, casual gropings, stolen kisses and so on’.

One of Beatty’s first serious romances was with Joan Collins, 26 to his 22. They were together for two years, got engaged but he wasn’t faithful so she dumped him. ‘He and I were actually very compatible, even if he needed to have sex several times a day, which often wore me out . . . the endless bonking was exhausting me,’ she later recalled. 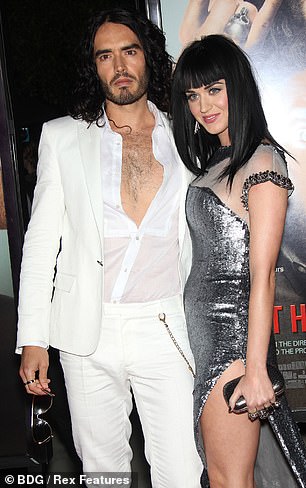 Russell Brand and Katy Perry at the ‘Get Him To The Greek’ World Film Premiere, Los Angeles

Comedian Russell Brand was treated for sex addiction in a clinic in 2005. He said he’d had sex with over 1,000 women, and once had encounters with nine in one night.

In his first autobiography My Bookie Wook, he recalled that he had lost his virginity at 17 to a Thai prostitute, while his father had sex in the same hotel room with another. He described a ‘harem of about ten women whom I’d rotate’, adding: ‘I just like girls, all different ones, in an unsophisticated, unevolved way.’ He married pop star Katy Perry (pictured with him) but they divorced after two years. He claims to be a reformed man, living contentedly with wife, Laura.

The late actor was married six times and slept with most of his co-stars, including Natalie Wood and Marilyn Monroe, then an unknown teenager.

‘I ran around with a lump in my pants, chased all the girls,’ he said. Two years before his death in 2010 he was more reflective: ‘I have an affinity with women. It was love — I was falling in love every day.’ 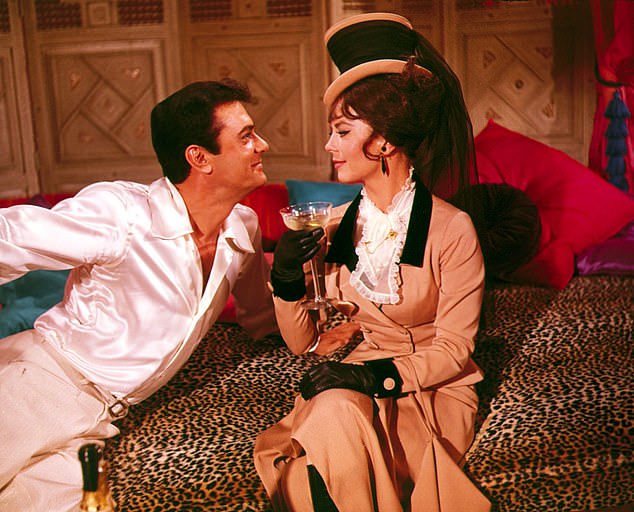 DJ Tony Blackburn was famously devastated when his actress wife Tessa Wyatt (with whom he had a son) left him in 1976 and shared every tear with his Radio 1 listeners. He soon got over it, however, with a period of womanising that he later claimed saw him sleeping with 500 women. He would sleep with about four women a week, almost all one-night stands.

‘It’s not that many,’ he said. ‘I wasn’t married. I was free and easy . . . I don’t see anything wrong. I don’t regret any of it at all. Four different partners each week was my way of staving off the sadness. [But] if you work out the average, it’s not fantastic! Attitudes have changed.’

He married his second wife Debbie in 1992 (they have a daughter) and he has been ‘very faithful’ ever since. 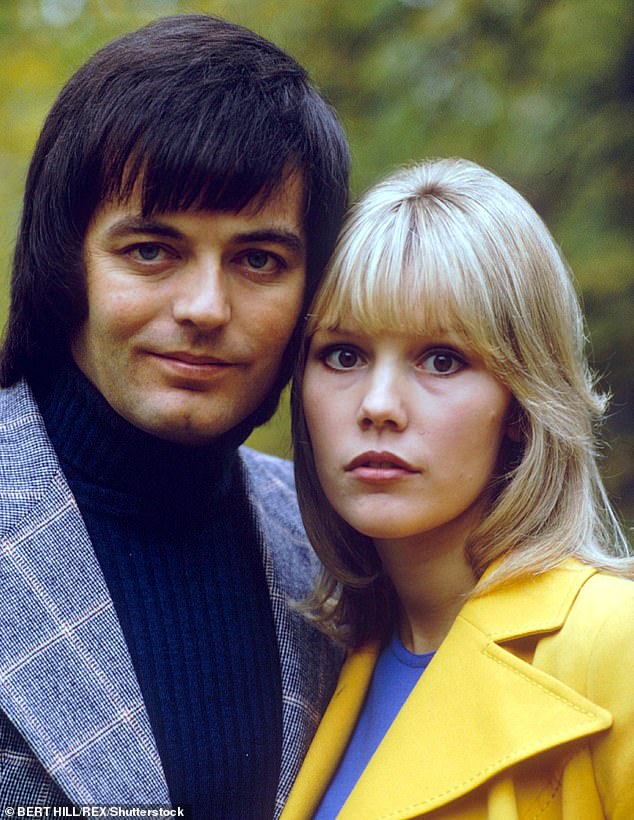 The former Rolling Stone infamously recorded his sexual encounters in a handwritten ledger, totting up 278 close encounters in a two-year period in his rock-star heyday. His final tally, he says, was around 1,000.

He says he was ‘addicted to sex’ and would ‘pick up’ girls who camped outside his hotel when he was married to his first wife Diane Cory (with whom he had a son).

The musician added: ‘It was hard coming home to my wife, who obviously knew what was going on . . . you used to have three or four a night sometimes.’ He met second wife Mandy Smith when she was 13 and he was 47, and she claims they first slept together when she was 14.

He has said their romance came ‘from the heart’ but she’d been too young. He married model Suzanne Accosta in 1993. 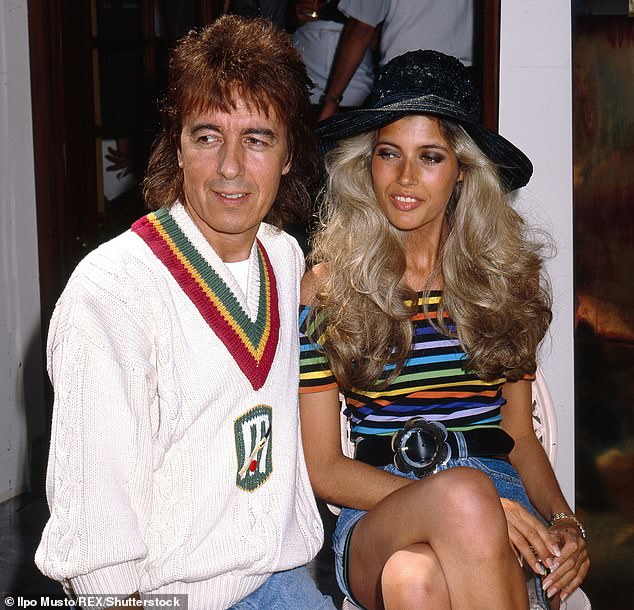 Bill Wyman with his fiancee Mandy Smith. The former Rolling Stone infamously recorded his sexual encounters in a handwritten ledger

Ken Barlow is the long-established lothario of Coronation Street, with 28 confirmed notches on his bed post over almost 60 years. In 2012, the actor Bill Roache took many by surprise when he said that he too was sexually prolific, failing to deny when asked, that he had slept with around 1,000 women.

He said he deeply regretted cheating on his first wife Anna (to whom he was married between 1961-1974) and hurting his children: ‘I had rehearsals up in Manchester from Monday to Friday. The opportunity was there. There were plenty of girls around . . . I didn’t have any control over my own sex drive.’ He says he’d changed his ways by the time he met his second wife, Sara, in 1978. 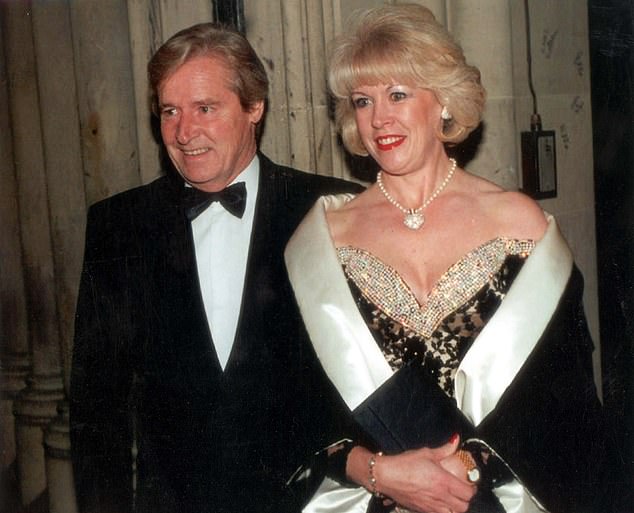 Born in 1725 in Venice and at one time a trainee priest, the gambler and spy Casanova left 12 volumes of memoirs advocating a life of total sexual liberty and stating the ‘chief business’ of his life was ‘cultivating whatever gave pleasure to my senses’.

The late Cuban dictator had an insatiable sexual appetite and would have sex with at least two women a day — at lunch and dinner. His guards reportedly sourced likely women on the beaches of the capital, Havana.

He had at least 11 children by seven different women, starting with Fidelito by his first wife Myrta and then five boys by companion Dalia.

In 1956, three children were born to three different women. Asked how many children he had, he laughed and said: ‘Well I don’t have a tribe. Not that much, fewer than a dozen.’ He died in 2016. 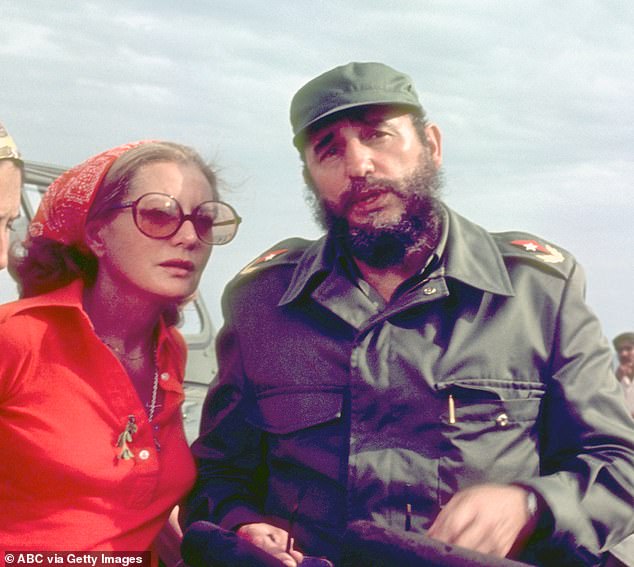 Former Lib Dem leader and Deputy PM, Nick Clegg promised to make British political life ‘open and accessible’. In 2008 he delivered in jaw-dropping style when he told GQ magazine that he had slept with ‘no more than 30’ women and considered himself to be a competent lover.

Clegg was widely ridiculed for the admission and during Prime Minister’s Questions in 2014, Labour’s Harriet Harman asked how many women he’d appointed to the Cabinet since the Coalition was formed.

When he didn’t answer, she mocked: ‘Normally when he’s asked questions about numbers of women he is quite forthcoming.’ 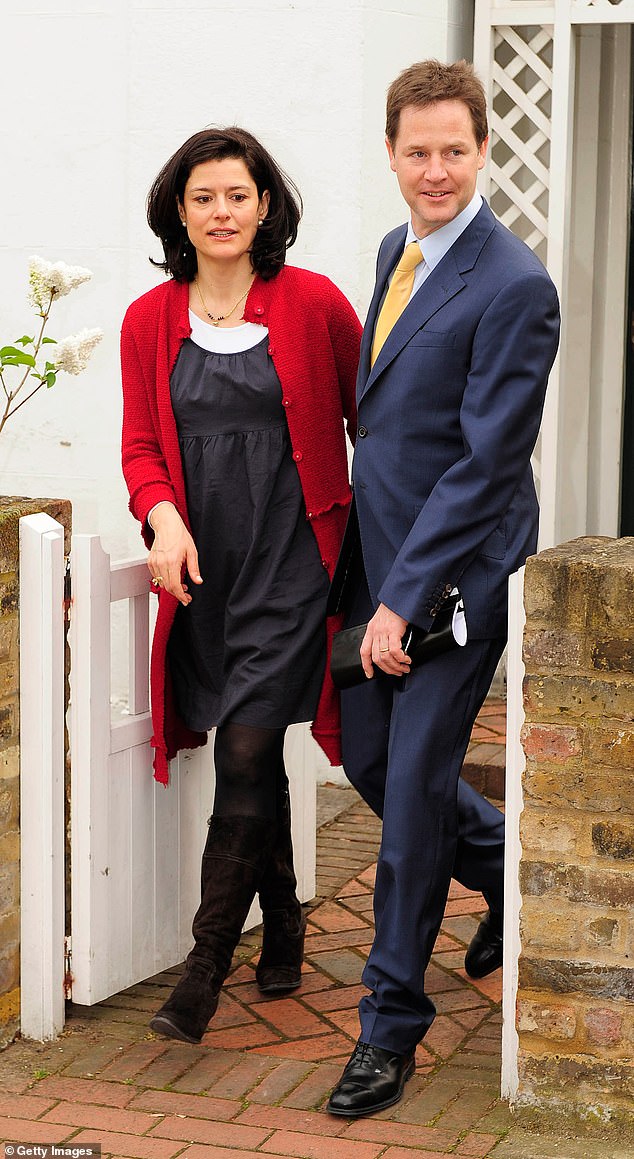 Nick Clegg and his wife Miriam Gonzalez Durantez leave their home before travelling up to Clegg’s Sheffield constituency on the eve of the election on May 5, 2010