Australian boxing champion Ebaine Bridges has revealed some ‘words of wisdom’ from Ricky ‘Hitman’ Hatton inspired her to beat Shannon O’Connell in their recent IBF bantamweight title bout in Leeds.

Sydney-born Bridges, 36, tweeted an image of herself in a huddle with the famed British fighter at the First Direct Arena on December 10.

‘Such a special moment for me having @Hitman Hatton come see me before my fight and give me his words of wisdom….and tell me his belief in me,’ the accompanying post read.

‘He is an absolute legend and I’m glad I could make him proud.’

Bridges beat fierce rival and fellow Aussie O’Connell following a fierce pre-bout war of words, with the superior stamina and more accurate punches of the ‘Blonde Bomber’ seeing the fight stopped by referee Howard Foster in round eight. 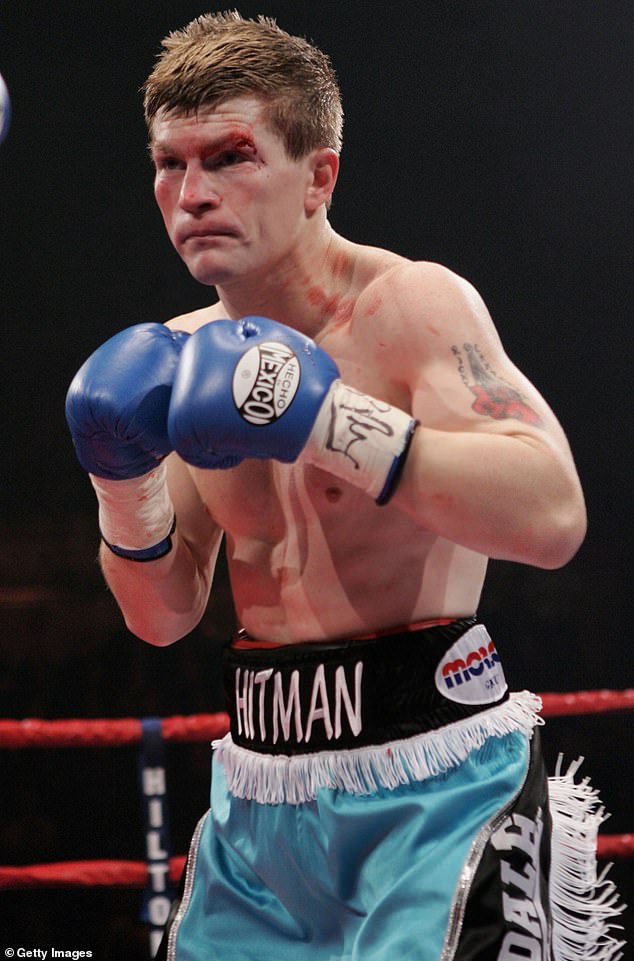 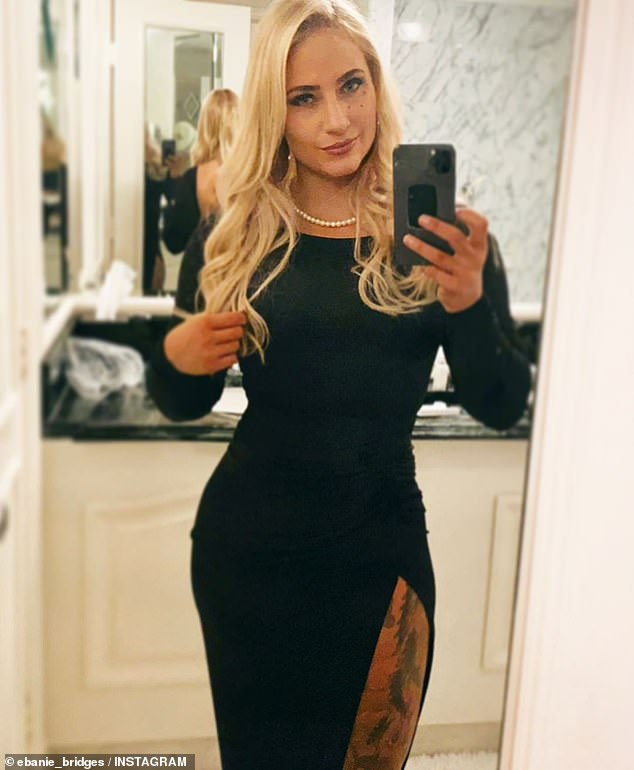 Bridges has only lost once in 10 career bouts, and continues to impress good judges of the sport

‘I can’t really give her that much respect – she can hit but. She can bang. ‘She came, she was hungry, she was fierce.

‘But I was better, and that’s why I’m the champion. ‘I knew it was going to be the hardest fight of my career, and it was.

‘Now we know who the real Queen of Australian boxing is. ‘Team skanky stripper forever!’ 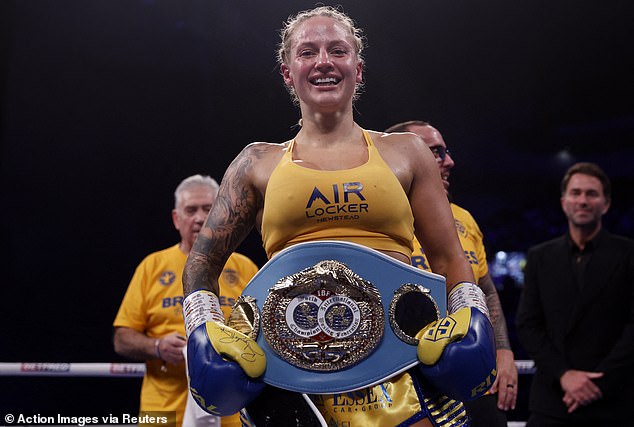 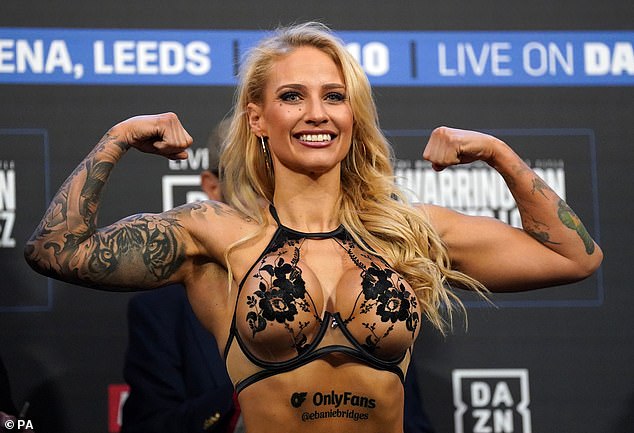 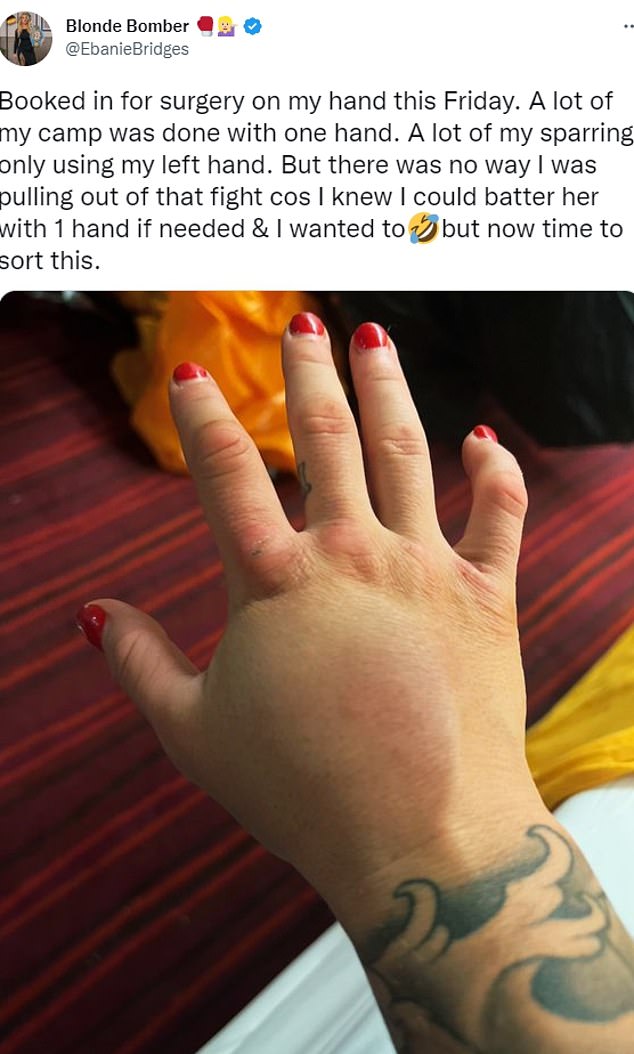 O’Connell also labelled the champ a ‘fat c****’ ahead of the fight in the UK, adding to the tension.

‘A lot of my (fight) camp was done with one hand,’ she tweeted.

‘Most of my sparring only using my left hand. But there was no way I was pulling out of that fight cos I knew I could batter her (O’Connell) with one hand if needed.

‘But now time to sort this. ‘It’s a pretty intense surgery, they take bone from my hip and fuse my joints together. Bit of a lengthy recovery…but I am no stranger to injuries.’