A headband that cools the brain could mean a better night’s sleep for people with insomnia.

Worn at night, the device pumps a liquid coolant around the front of the scalp and forehead. The idea is it chills the frontal cortex, a part of the brain thought to play a role in deep sleep.

Research has shown that this area is more active in insomniacs — and so, in theory, cooling the forehead above this area will reduce the overactivity and help patients sleep better.

Copper is being tested in wound dressings as a way to help prevent infections developing in caesarean incisions or tears that occur during childbirth.

About 10 per cent of new mothers develop an infection, which can extend their stay in hospital and interfere with their ability to care for their baby.

As part of a trial at Croydon Health Services NHS Trust, 750 women will be given either a dressing with added copper fibres or standard dressings: the results will be compared after 30 days.

Copper has been shown to have anti-bacterial effects, and is also thought to help with the growth of new blood vessels, so boosting wound healing.

A recent study in 106 patients showed it was safe and effective in reducing insomnia, and the device was recently approved for use by the U.S. medicines regulator, the Food and Drug Administration.

Insomnia, which is defined as difficulty getting to sleep or staying asleep for long enough to feel refreshed the next morning, affects one in three people.

In most cases the cause is stress and anxiety, but it can also be due to existing illness or a side-effect of prescription medication. 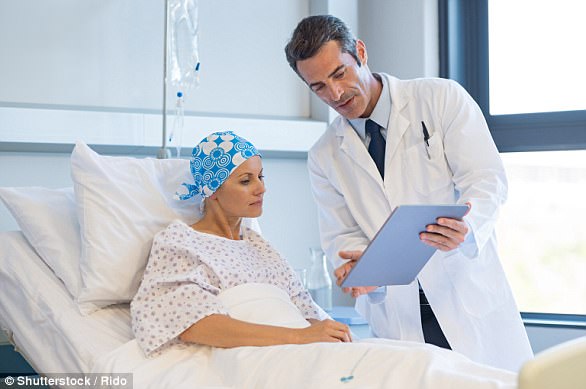 A team from the University of South Carolina in the U.S. has found cancer cells overcome this by manipulating the body clock to slow protein production, giving time to deal with any that are unfolded

Cancer cells effectively slow the body’s natural clock to replicate faster. Tumours make large amounts of protein to help them multiply, but this overproduction means the proteins don’t always ‘fold’ as they should and so new cells can die.

However, a team from the University of South Carolina in the U.S. has found cancer cells overcome this by manipulating the body clock to slow protein production, giving time to deal with any that are unfolded.

They suggest cancer treatments should be timed to coincide with these slowed down periods to make them more effective.

Treatment can involve lifestyle changes such as adopting ‘good sleep hygiene’, but in many cases patients are subsequently prescribed sleeping pills or drugs such as benzodiazepines, which act as tranquillisers, to help them.

Yet these don’t always work and can have serious side-effects, including memory problems, and lead to dependence.

The new device, named Ebb, includes a soft fabric headband through which a cooling fluid is circulated. It is connected to a bedside temperature controller that cools and pumps fluid to the headband, which is worn at night.

Could a daily swig of olive oil sharpen your memory? That’s the thinking behind a new study being carried out by the Greek Association of Alzheimer’s Disease and Related Disorders.

In a two-year trial, 150 people with mild cognitive impairment — which can be an early sign of dementia — will have 50ml of extra virgin olive oil, about three tablespoons, every day or a placebo, or will follow a Mediterranean diet which includes some olive oil.

The researchers believe antioxidant compounds in the oil, called oleocanthal, oleuropein and ligstroside, may protect the brain against dementia by preventing the development of protein tangles in the brain that are associated with the disease.

Previous research has found that cooling the brain — so-called cerebral hypothermia — reduces activity. One theory is that insomnia is not only related to levels of sleepiness, but to high levels of activity or arousal in certain areas of the brain.

Early research by the developers of the new headband at the University of Pittsburgh in the U.S. revealed cooling this area helped insomniacs sleep just as well as those who don’t suffer from insomnia. 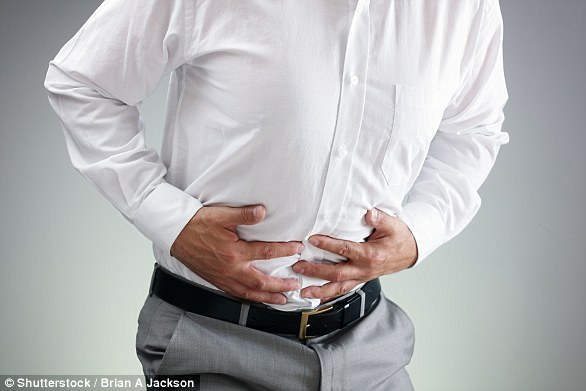 Researchers at universities in the U.S. and Germany infected mice with small doses of salmonella bacteria, causing only mild symptoms. After being infected four times, all the mice developed colitis. It’s thought the infection wiped out an enzyme that helps reduce toxicity of certain chemicals in the gut.

The good news, report the researchers in the journal Science, is that cases could be prevented using drugs to increase enzyme levels.

In a study presented at the Academy of Sleep Medicine’s annual conference, insomniacs slept 89 per cent of the time they were in bed when using the cooling headband — and nodded off three minutes earlier than those who had no trouble sleeping.

According to a new study in the journal Sleep, the device, which maintains a temperature of 14c to 16c, is effective for reducing insomnia. The study involved 106 patients at seven centres in the U.S. who had two nights of therapy, with the device being compared with a placebo.

Dr Guy Leschziner, a consultant neurologist at King’s College London, said: ‘We know that sensory stimulation around the neck and head can result in changes in brain activity in a variety of disorders, and this novel technique may be helpful. The preliminary data suggests a small improvement, but how it translates into treatment remains to be seen.’

Meanwhile, a daily chamomile capsule can help insomnia, according to researchers at Kashan University of Medical Sciences in Iran, writing in the journal Complementary Therapy Medicine. Research based on 60 people found those who took capsules containing chamomile extract twice a day for 28 days had significantly improved sleep quality compared with those taking a placebo. One theory is chamomile acts as a mild tranquilliser.

Can your caffeine levels pinpoint Parkinson’s? 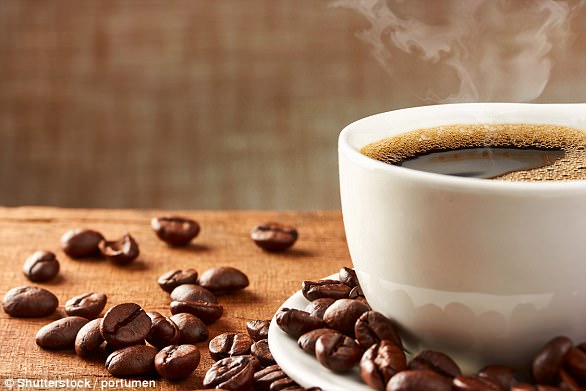 Researchers from Japan found that those with Parkinson’s had significantly lower levels of caffeine than healthy people, even though both groups drank around two cups of coffee a day

A blood test that checks levels of caffeine could be an effective way to identify Parkinson’s disease, according to a new study.

Researchers from the Juntendo University School of Medicine in Japan, conducted blood tests on more than 130 people, both with and without the neurological condition, and found that those with Parkinson’s had significantly lower levels of caffeine than healthy people, even though both groups drank around two cups of coffee a day.

The study authors, writing in the journal Neurology, suggested that checking caffeine levels in the blood might point to the disease, for which there is currently no definitive test.