Eccentric French TV star twins BOTH die of Covid within a week aged 72: Former heartthrobs Igor and Grichka Bogdanoff shot to fame with 1980s sci-fi series before becoming infamous for their shared love of plastic surgery

Eccentric French TV star twins who shot to fame in a 1980s sci-fi series and became infamous for their shared love of plastic surgery have both died of Covid within a week of each other.

Igor Bogdanoff today died of coronavirus, six days after his twin brother Grichka passed away at a Paris hospital on December 28, surrounded by his loved ones.

Grichka had been admitted to intensive care on December 15, the same day as his brother, with Covid-19 complications.

It is understood that neither of the twins were vaccinated against coronavirus.

The twin brothers were 72 and known for their eclectic personalities and clothing, storytelling, television hosting and plastic surgery.

Their enduring obsession with plastic surgery, which began in the 1990s, left them looking unrecogniseable and they were often mocked for their appearance.

They were born in Gers in 1949 and had shot to fame in the 1980s on French television, helped by their boyish good looks, Le Figaro reported.

Their star turn on the 1979 sci-fi programme Temps X was hugely popular, and ran for eight years.

In the show they donned cosmonaut outfits and imparted scientific facts. 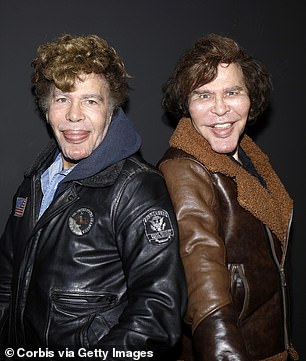 Igor and Grichka (pictured left and right) were 72 and known for their ecletic personalities and clothing, storytelling, television hosting and plastic surgery

When they appeared on the red carpet in 2010 aged 60 for a 150th anniversary Chopard party, people were shocked by their appearance.

They were both understood to have had a number of chin and cheek implants, as well as botox and fillers.

Their stretched faces echoed the look of socialite Jocelyn Wildenstein, dubbed the ‘bride of Wildenstein.’ 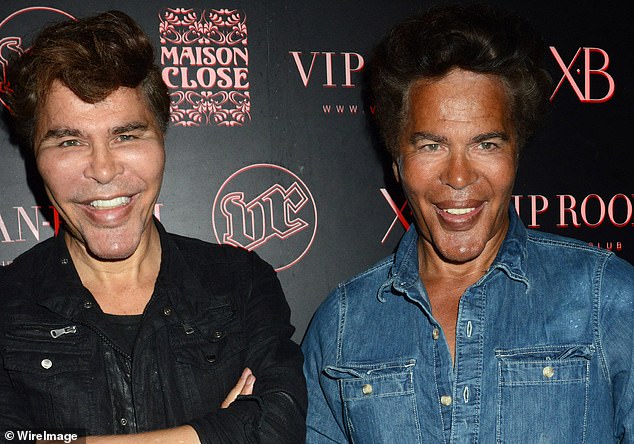 Despite their plastic surgery obsession, which they denied having, both were well-read and intelligent, impacted by the seminars of Roland Barthes, the French essayist and access to 15,000 books in their family childhood library.

In recent years, they launched a weekly television show in 2002 called Rayon X (X Rays) on the channel France 2.

And in August 2004 they presented a special 90 minute programme on cosmotology.

But the brothers were involved in a 2001 scandal called the ‘Bogdanoff Affair’, where papers penned by the brothers about the Big Bang featured in peer-reviewed scientfic journals.

It was later discovered that the papers held no scientific value.

Igor Bogdanoff had six children, four from his first marriage and married his second wife Amelie de Bourbon-Parme in 2009. 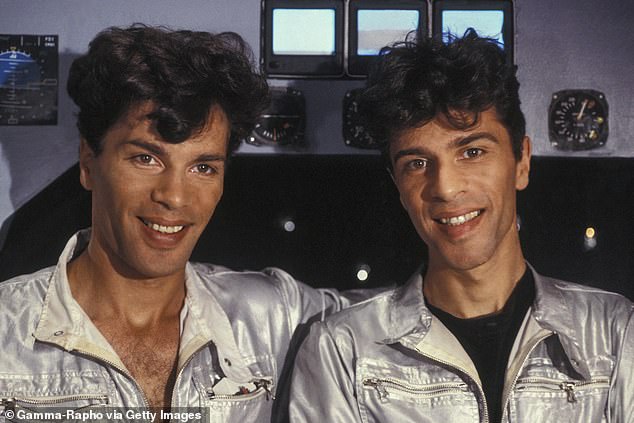 The brothers smile in their younger years on French television (pictured)

He had two sons with his second wife whom he divorced in May 2018.

Little was known about Grichka’s personal life but he had no known relationships or chldren.

The pair had most recently appeared on the French Masked Singer in 2020 and been influential personalities in the bitcoin industry. 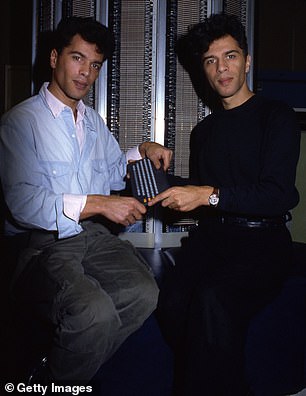 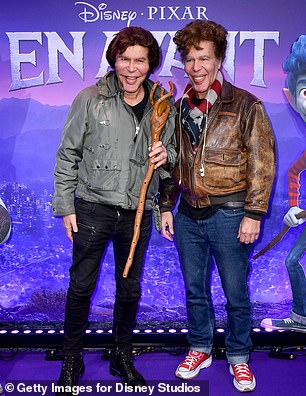 But the brothers (pictured) were involved in a 2001 scandal called the ‘Bogdanoff Affair’, where papers penned by the brothers about the Big Bang featured in peer-reviewed scientfic journals 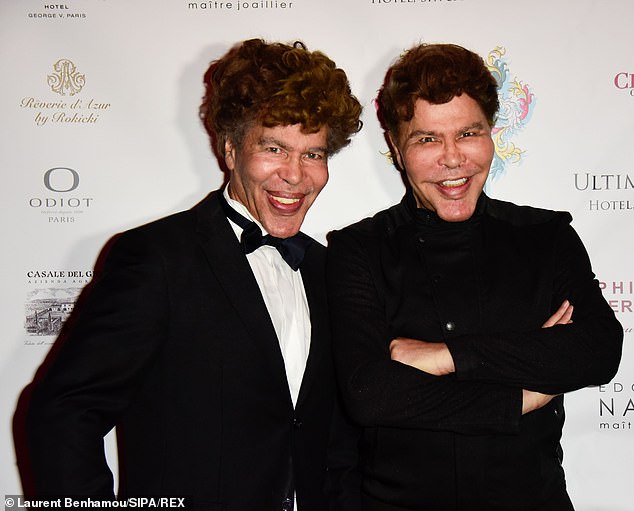 Pictured: The best awards gala in Paris in 2018 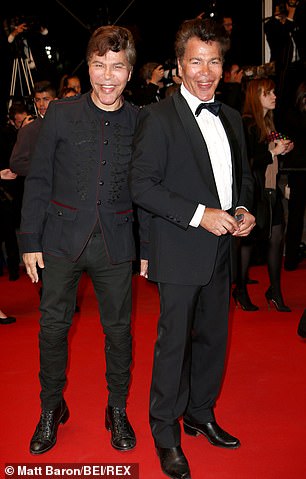 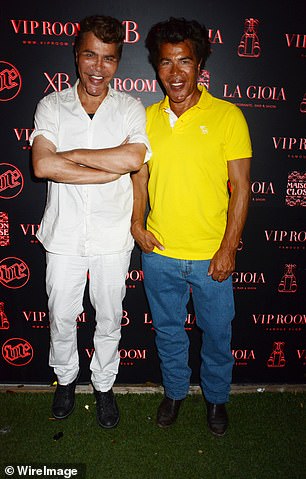