Ecuador 4-0 Haiti: Antonio Valencia and Enner Valencia strike as side dominate to progress in the Copa America

By Amitai Winehouse For Mailonline and Reuters

Ecuador reached the knockout stages of the Copa America by trouncing Haiti 4-0 in New Jersey on Sunday night.

Premier League duo Enner Valencia and Antonio Valencia scored a goal apiece either side of half-time as Ecuador swept through their opponents. 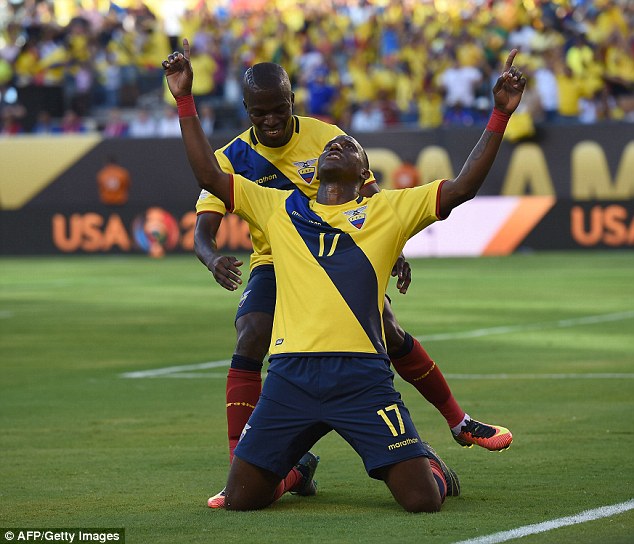 Ecuador, who finished second in Group B after Peru’s stunning win against Brazil, will play Group A winners the USA on Thursday in Seattle.

West Ham’s Enner Valencia fired in a low shot in the 11th minute, taking a long ball from Christian Noboa from the corner of the six-yard box. 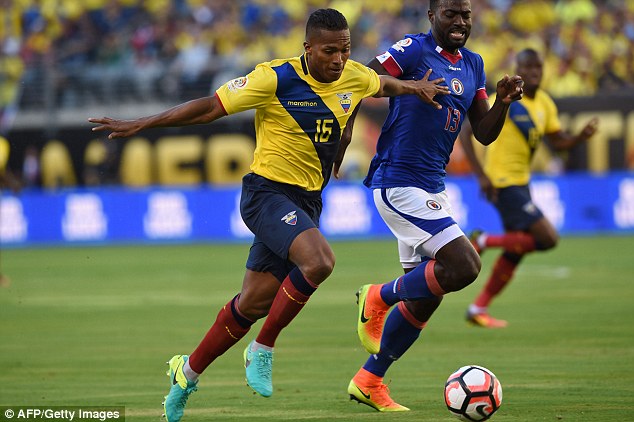 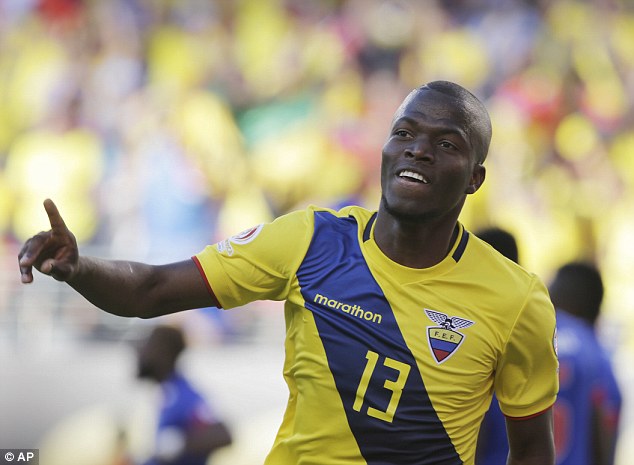 He then turned provider with a lay-off to Jaime Ayovi and he rolled the ball past goalkeeper Johny Placide nine minutes later.

Ecuador had 22 shots, including 10 on target, compared to just eight for Haiti, who finished the tournament with a minus-11 goal difference.