Ed Sheeran has said that he has a ‘very addictive personality’ and admitted that he used to binge on alcohol and junk food.

The singer, 29, spoke candidly about his past and learning to deal with fame in a chat with an American self-help book publisher, reports The Sun.

Although struggling with his busy touring schedule in the past and going through some ‘dark’ moments, Ed credits his wife Cherry, 28, with helping him through it all.

Candid: Ed Sheeran, 29, has said that he has a ‘very addictive personality’ and admitted that he used to binge on alcohol and junk food before his wife Cherry helped him get healthy

During the very candid interview, Ed revealed that when he was reading Elton John’s autobiography he could see similarities in their stories.

Giving an example from the book, he said: ‘He [Elton] would be like, “I would just go on an ice cream binge and eat four f***ing desserts until I throw it up”, and I was like, “I’ve done that before”…

‘I’m covered in tattoos and I kind of don’t do things by halves so if I’m gonna drink, I see no point in having a glass of wine. I’d rather have two bottles.’

The star praised his wife Cherry for helping him change his lifestyle and start making healthy choices. 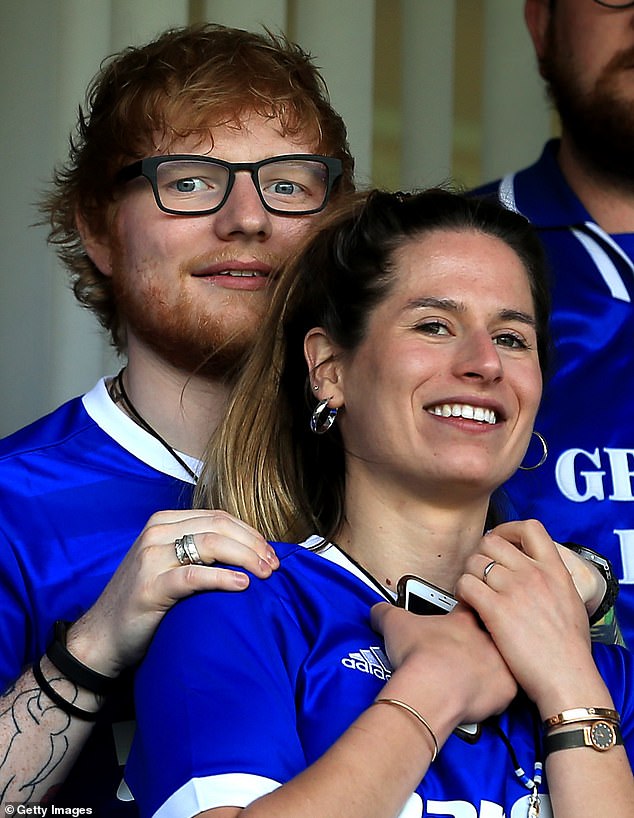 Couple: The singer said that Cherry doesn’t drink much so he has stopped having lots of alcohol too and also credited her for helping him deal with anxiety when out in public

He explained how she doesn’t drink too often, so he also stopped drinking alcohol as regularly.

Ed, who is worth an estimated £160 million, added that Cherry also helps him with his anxiety, with her once helping him calm down in a cafe in Venice, Italy.

He explained that she told him nobody was staring at them and it was just ‘old people chilling, having their coffees’, and within five minutes he was ‘calm’.

Admitting that he’s got a ‘very addictive personality’, the Shape Of You singer also discussed how his 180-date X tour was his lowest moment. 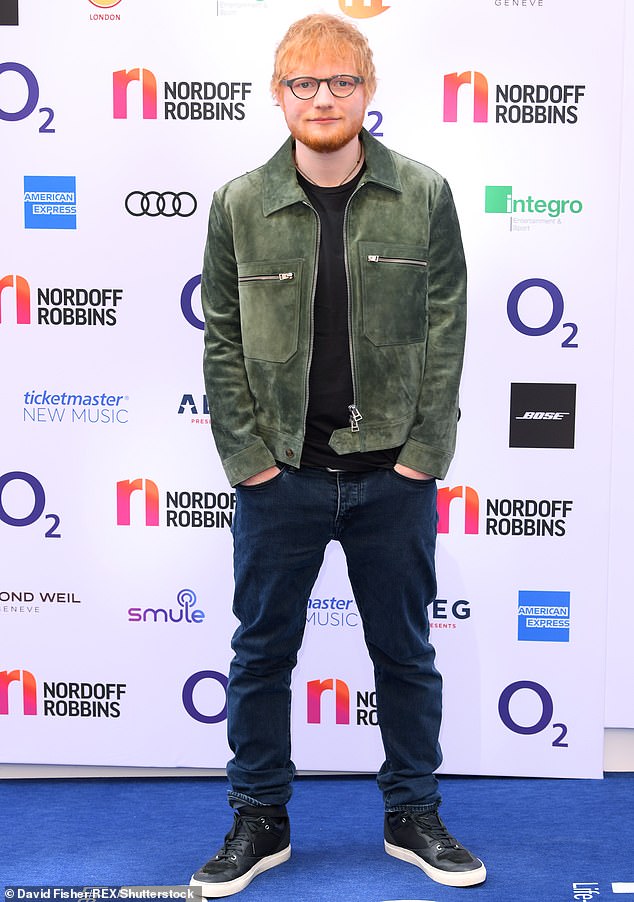 Struggles: Ed said  that when he was reading Elton John’s autobiography he could see similarities in their stories, with them both having binged in the past (pictured in July 2019)

Ed was on the road for 17 months during the tour in 2014 and said that not eating well and not seeing much sunlight made things tough to deal with.

He said: ‘And it’s all fun and games at the start, then it starts getting just sad. So I think that’s probably the lowest that I’ve been and I kind of ballooned.

Ed also revealed he’s got into art now that he’s on a break from touring and social media, telling the publication he’s trying to do 30 paintings in 30 days.

It comes after the star revealed he visited his terminally ill grandmother’s bedside almost daily during her final months.

The singer said he is still pals with many of the National Health Service staff at the Aldeburgh Hospital in Suffolk, who took such good care of his grandmother until her death. 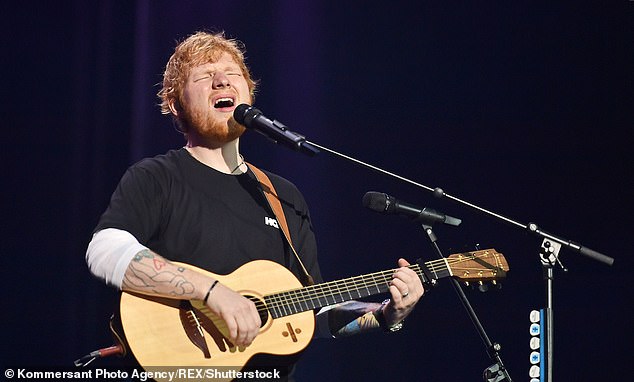 Ed’s candid insight featured in an essay penned for the book Dear NHS: 100 Stories to Say Thank You, which features many stars reflecting on their own experiences with the NHS.

Telling how he is still haunted by his grandmother’s death, Ed said: ‘I was lucky enough not to be on tour during my grandmother’s final months, and because I lived locally I was able to visit her every few days.

‘The care she received was incredible; the people who worked there so lovely, compassionate, funny and caring.

‘When she passed away I wrote a song called Supermarket Flowers about the situation. The verse lyrics are about packing up her room at that hospital.

‘Me and my family became very close to the nurses who worked there and my mum is still in touch with them now. I see them from time to time when I’m in the area and it’s like meeting old friends.’ 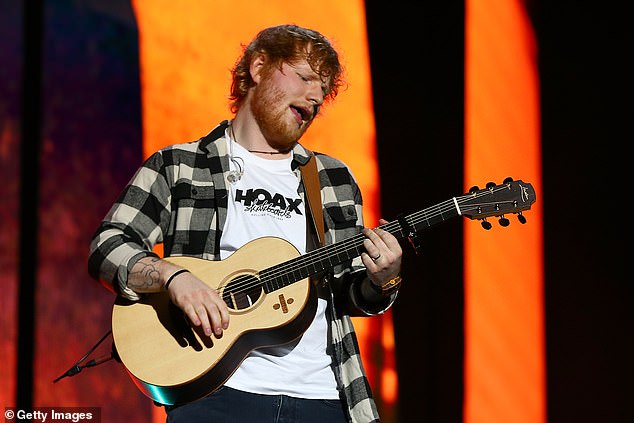 Keeping busy: Ed also revealed he’s got into painting now that he’s on a break from touring, telling the publication he’s trying to do 30 in 30 days (pictured in March 2018)