Ed Sheeran’s neighbours win battle to extend their back garden

Ed Sheeran’s neighbour wins battle with singer to extend his back garden by 160 feet despite superstar complaining it would spoil his £3.7m ‘Sheeranville’ estate

Ed Sheeran’s neighbour has won his battle with the superstar to extend his back garden despite objections from the singer.

Anthony Robinson, who lives three houses along from the pop star’s estate, has been given permission to make his back garden 160 feet bigger.

Mr Robinson already owns the field behind his garden and wants to turn the land into a paddock area and incorporate it into his garden.

But Sheeran, worth £160 million, does not want the space to be domesticated and encourage further development. 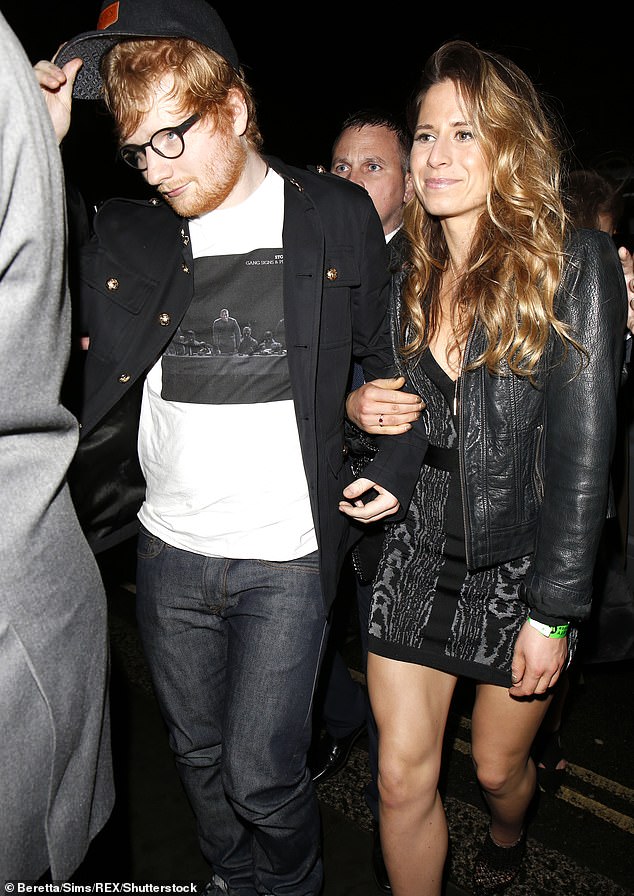 Last month an objection on Sheeran’s behalf was made by Paul Smith from Apex Planning Consultants.

Mr Smith said the new garden would ‘look out of place in the village’ and ‘would extend the village into the countryside in an unplanned and artificial way’.

But Smith also added that Sheeran was happy to compromise with a smaller extension between nine and 14 metres.

The letter also insisted that if planning permission was granted it should include a planning condition that removed ‘development rights.’ 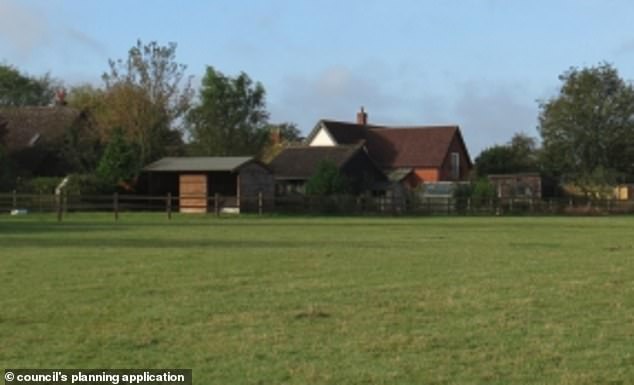 Mr Robinson responded to the letter and said: ‘I am very disappointed as I formally supported his last planning application to build his chapel in the adjacent field right under my oak tree.’

Robinson’s architects, Nick Barber Architects, argued that the extension would not encourage residential development as there were already much bigger houses in the area.

The architects cited Ed Sheeran’s own property, especially his Wynneys Hall, as a ‘shining example’ of this already existing development. 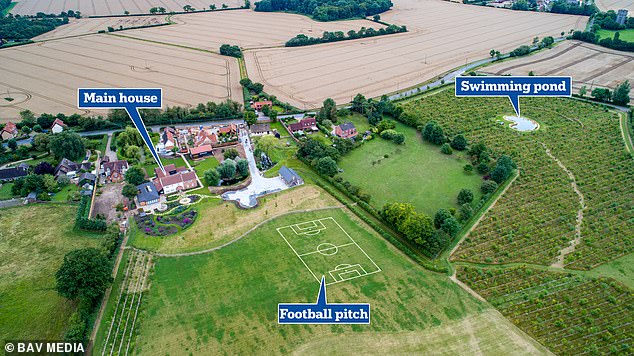 ‘Sheeranville’ the estate in Suffolk owned by Ed Sheeran, with the newly added football pitch, main house Wynneys Hall and the nature pond (neighbours claim is being used as a swimming pool)

They also said that the property is already partly domesticated as the Robinsons have maintained it.

They rejected Sheeran’s offer to compromise and said it was inappropriate to ‘seek to advise the applicants and indeed the Council on an alternative proposal.’

The letter wrote: ‘What is it that makes Apex the arbiter of how much land is needed for a family to live in the manner that they choose?’

Nick Barber Architects said that Robinson needs the extension for his large, three-generation family to live a sustainable lifestyle and grow their own vegetables.

Although the council objected to Robinson’s proposal initially many neighbours wrote in to support him.

Mr Miles Thomas wrote in to the council in support of Robinson saying: ‘The Robinsons live as three generations under one roof and as such do need a large garden.’

Neighbours have not been so supportive of Sheeran’s plans in the past.

The pop singer was told he could not swim in his wildlife pond, had original plans for a chapel scuppered and had to remove his outside sauna after complaints from neighbours.

Last year Sheeran was however granted planning permission to create a place of worship in his back garden which he has yet to build.