REVEALED: Eddie Jones staged one last act of defiance – by refusing to agree that he had ‘parted ways’ as England head coach and insisting the statement said he was ‘dismissed’

It was 10.15am when Eddie Jones left Twickenham for the final time. He stepped through the revolving doors of the stadium’s hotel bar, holding a large leather bag, and made a swift dash towards the black Mercedes waiting outside.

He managed to avoid the lone TV camera that had been in place for the best part of 24 hours, but wound down the window with one parting message. ‘You’ll have to ask the RFU,’ he said, with glazed eyes, pointing up towards the office of his former CEO Bill Sweeney.

There had been one last act of defiance before the Australian sped off into the distance. He is understood to have pushed back on the wording of the official press release, which dropped 75 minutes later, not wanting the announcement to say that he had ‘parted ways’ from the role he held for the last seven years, but instead to say he was ‘dismissed’. This was not the way he wanted it to end.

The revolving door kept turning. Jones’s assistants were next to turn up, ready for a coaching review of the dismal autumn campaign that had been in the diary since last week. By the time they arrived for their meeting, unbeknown to them, Jones had already left the building.

As Sweeney’s decision trickled through onto the morning news briefings, hospitality staff inside the hotel bar huddled around the television set, watching the footage that was being filmed directly outside. Their long serving customer was no more.

There were more comings and goings outside of the RFU offices. Former captain Will Carling and training co-ordinator Danny Kerry, who almost resigned two days into the campaign, were next to arrive. Both turned down the opportunity to comment, no pleasantries, as the Jones era reached an inglorious finale. 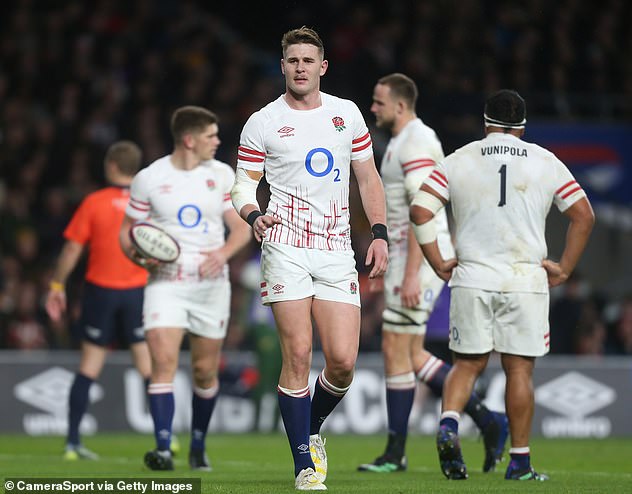