Eddie Redmayne looks dapper in a cream suit at Wimbledon

They’re one of Hollywood’s strongest couples after tying the knot in 2014 and becoming proud parents to their two children.

And Eddie Redmayne and his wife Hannah looked every inch the happy couple as they attended day nine of Wimbledon in London on Wednesday when all four men’s quarter-final matches took place – including Roger Federer and Novak Djokovics’ games.

The Oscar-winner, 39, and his PR executive love, 37, looked smitten as they walked to watch one of the matches together, where they were seated alongside BAFTA nominee James Norton. The trio looked in high spirits as they chatted animatedly while sat at Centre Court. 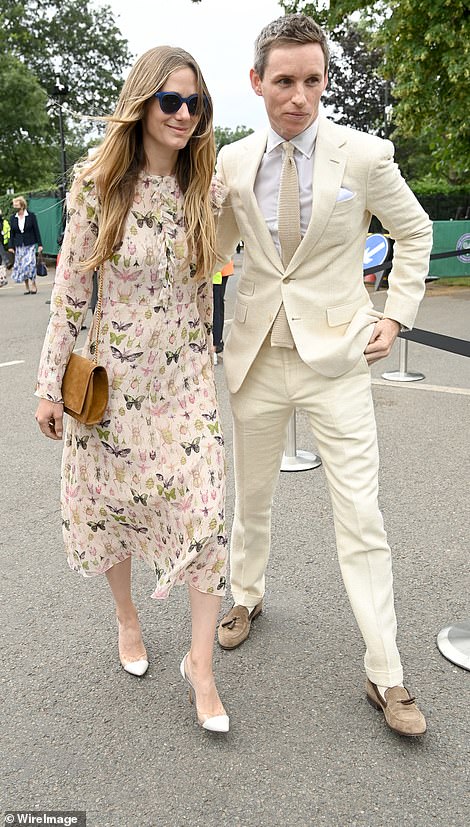 Day out: Eddie Redmayne and his wife Hannah Bagshawe looked every inch the happy couple as they attended day nine of Wimbledon in London on Wednesday

Eddie looked dapper in a cream suit which he teamed with a white shirt and striped tie and suede loafers. Meanwhile Hannah looked stunning in a nude midi dress that featured a colourful butterfly print.

She accessorized with white heels, a beige suede handbag and wore sunglasses on her perfectly made up face.

Her glossy honey-hued locks were styled in loose waves that cascaded past her shoulders and framed her striking features. 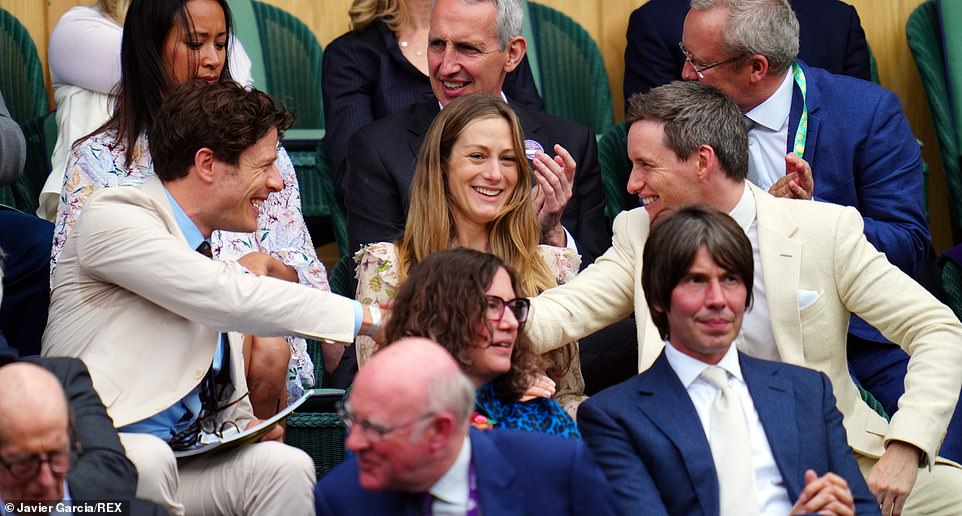 Terrific trio: Eddie and Hannah later settled in for a match at Centre Court where they chatted away animatedly while sat behind Professor Brian Cox

Eddie and Hannah tied the knot in a romantic ceremony in 2014 and are proud parents to two children, Iris, five and Luke, three.

After the birth of his second child a ‘delighted’ Eddie told The Times newspaper: ‘On 10th March 2018 to Hannah (Bagshawe) and Edward, a son, Luke Richard Bagshawe, brother to Iris.’

The couple confirmed they were expecting again in November 2017, in a statement to MailOnline.

It was revealed: ‘Eddie and Hannah Redmayne are delighted to confirm they are expecting their second child.’

Handsome: Actor James Norton also made an appearance at the tennis tournament in a cream suit and blue shirt

Actor James Norton also made an appearance at the tennis tournament in a cream suit and blue shirt.

While Made in Chelsea’s Binky Felstead looked incredible in a lime green dress and white blazer as she attended with her fiance Max.

Pixie Lott also attended with her fiancé Oliver Cheshire and was a vision of beauty in the pink checkered mini dress that put her toned legs on display. 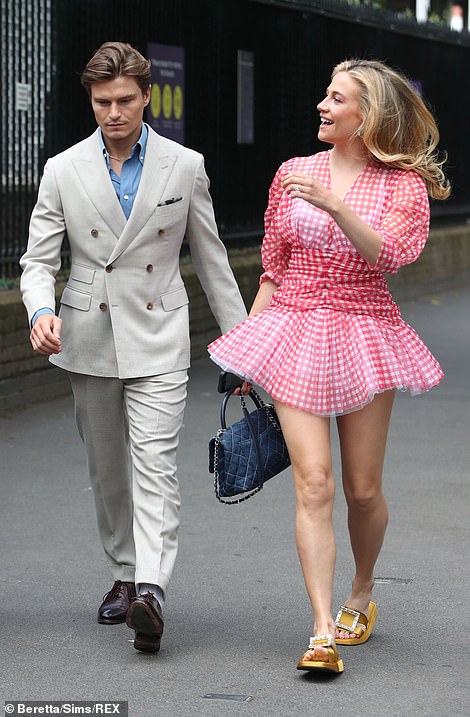 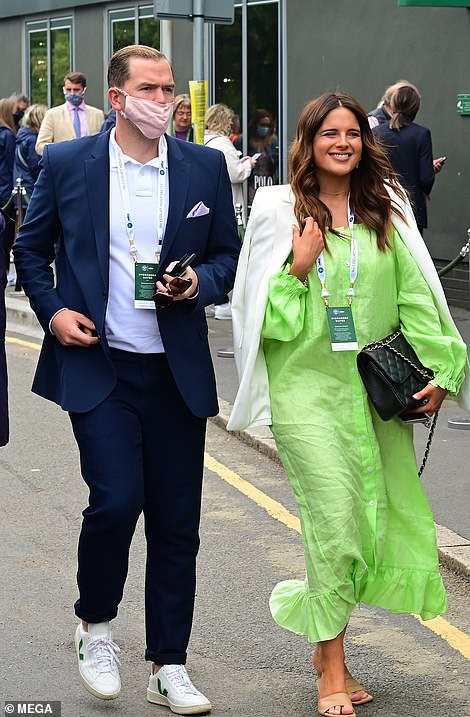 Date night: Pixie Lott wowed in a pink mini dress and was joined by her fiancé Oliver Cheshire who looked smart in a double-breasted suit, while Binky Felstead opted for a lime green frock alongside her fiancé Max Darnton 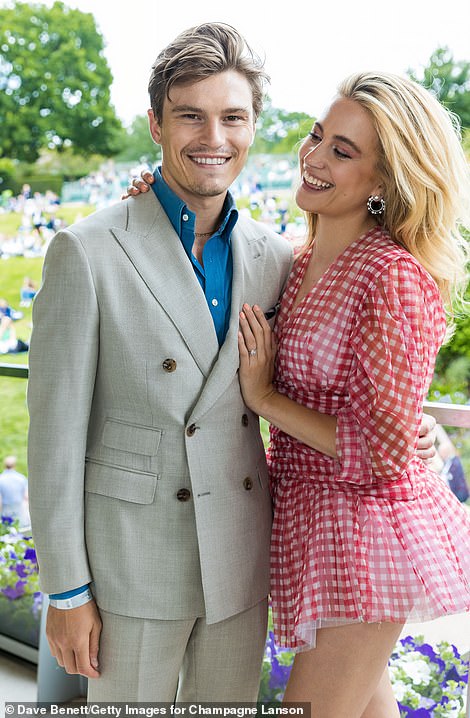 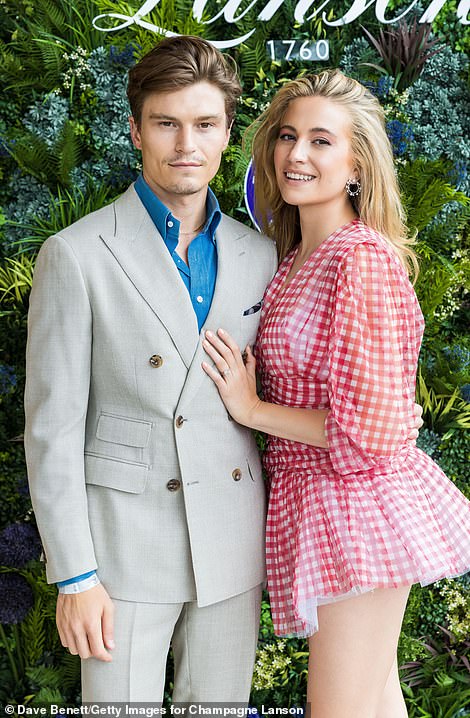 Smitten: Pixie and Oliver snuggled up to one another for pictures as they enjoyed lunch before heading to watch a match 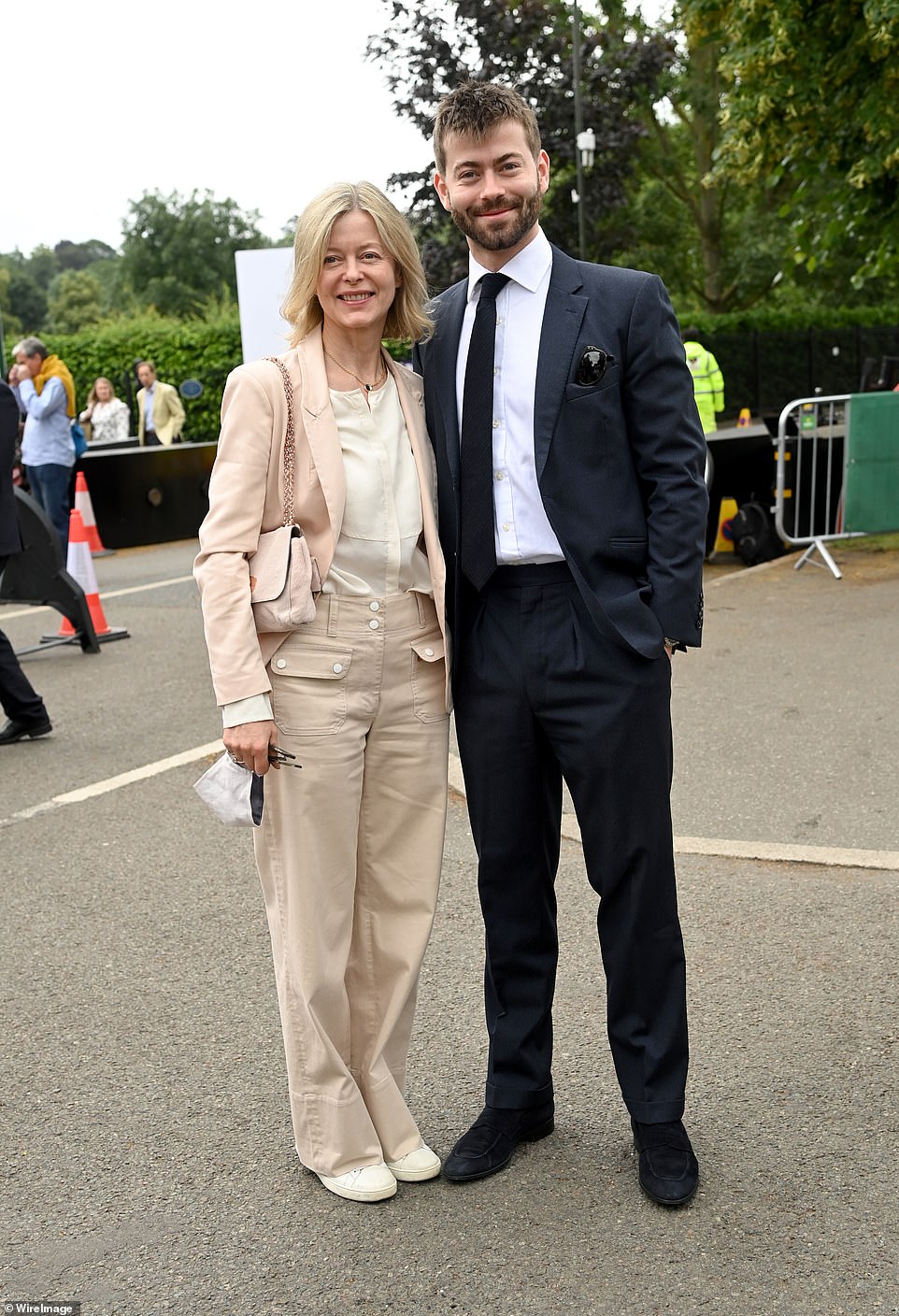 The top-ranked Djokovic faces the unseeded Marton Fucsovics on Centre Court before Federer takes on No. 14 Hubert Hurkacz.

Federer is trying to reach a record-extending 14th semifinal. At 39, he is the oldest man to reach the quarterfinals at the All England Club. 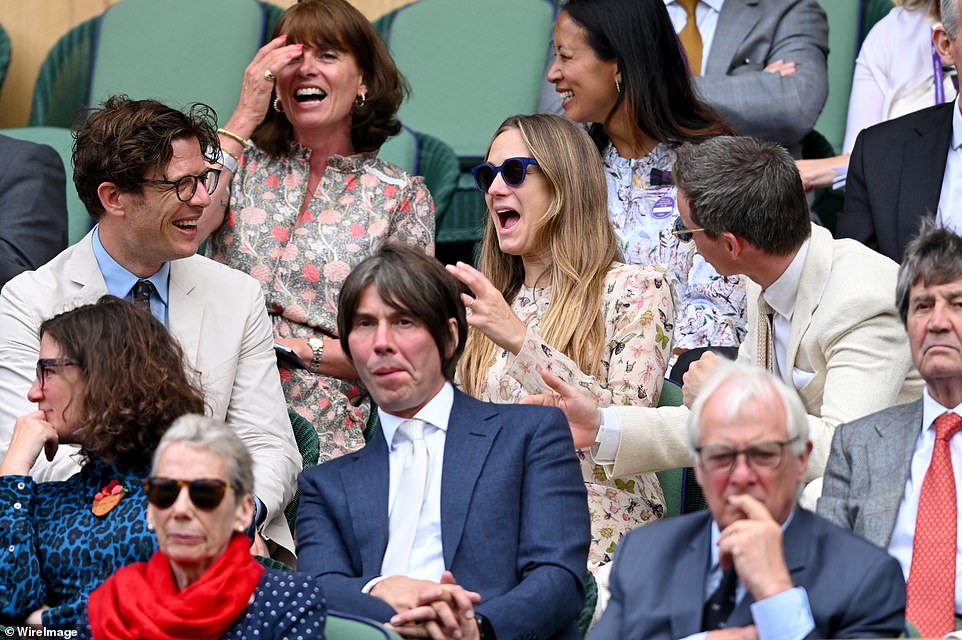 Loving life: Eddie and Hannah seemed in great spirits as they enjoyed an animated chat with James in the stands 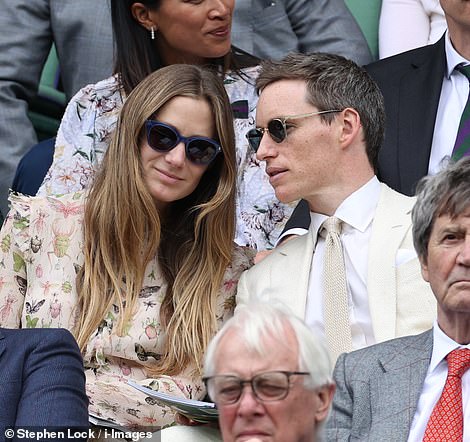 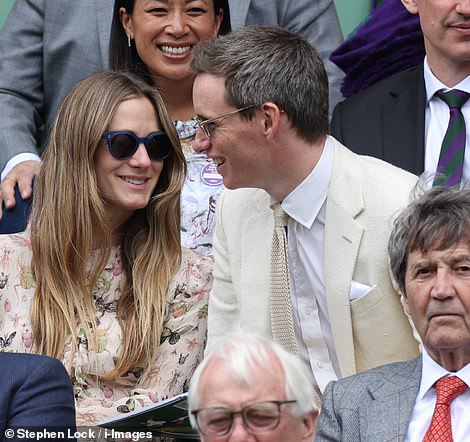 Cute couple: The pair looked smitten as they cosied up to one another while leaning in to whisper during the matches 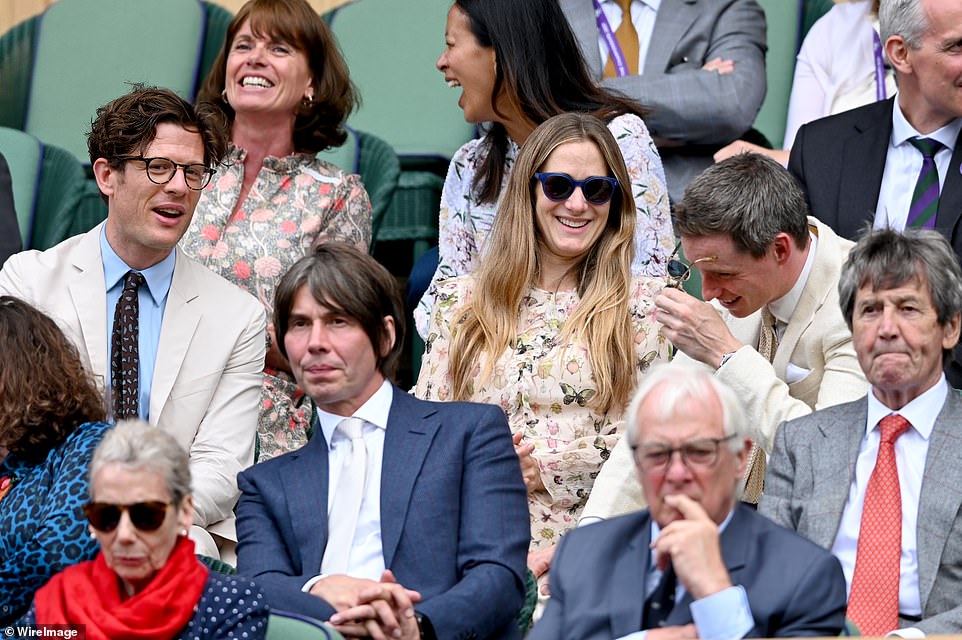 All together now: The crowds seemed to be having a whale of a time as they settled into watch a match

Making an entrance: There was no missing Eddie as he sauntered through the crowds in his bright cream trouser suit

On No. 1 Court, 10th-seeded Denis Shapovalov faces No. 25 Karen Khachanov before No. 7 Matteo Berrettini plays No. 16 Felix Auger-Aliassime.

While the matches kicked off at 1pm sporting fans will no doubt be nervous that the games will clash with England’s semi-final match in the Euros 2020.

At 8pm the Three Lions take on Denmark to determine who will go on to play Italy in the finals on Sunday.

More than 30 million fans in living rooms, pubs and fan zones across the country will unite to cheer every England attack.

They will be hoping that our footballing heroes banish the ghost of Euro 96, when England lost in the semi-final to Germany on penalties.

Eddie takes on the leading role as Cullen, a former nurse who is currently serving 18 consecutive life sentences in New Jersey State Prison after he confessed to murdering up to 40 patients during his 16-year career.

The Good Nurse is based on the book by author Charles Graeber and tells the true story of the capture of Cullen who operated across nine different hospitals in New Jersey and Pennsylvania.

Jessica Chastain stars in the film as a nurse who worked alongside Cullen and risked her life to help bring him to justice. 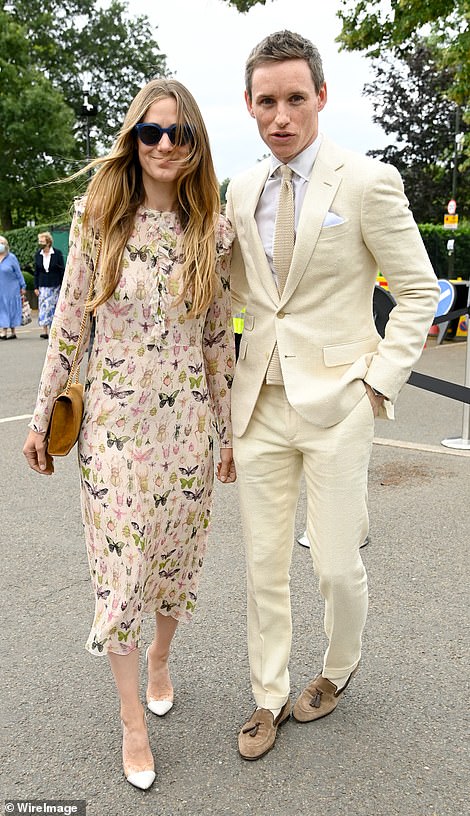 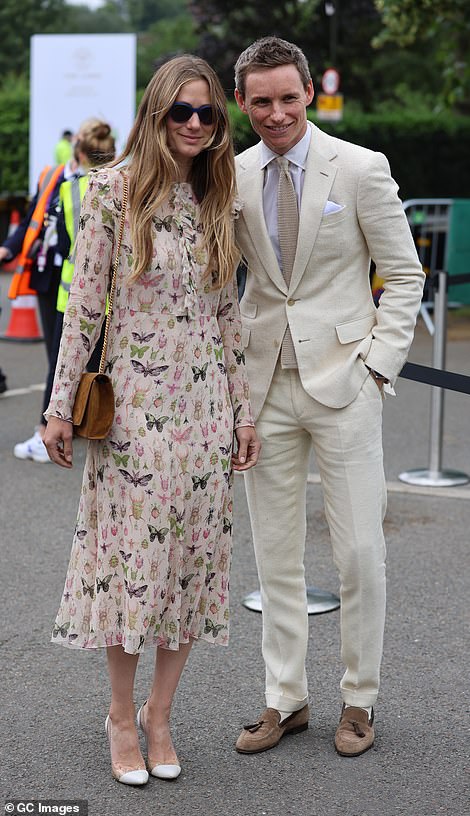 Style: Eddie looked suave in his suit which he teamed with beige brogues for the outing 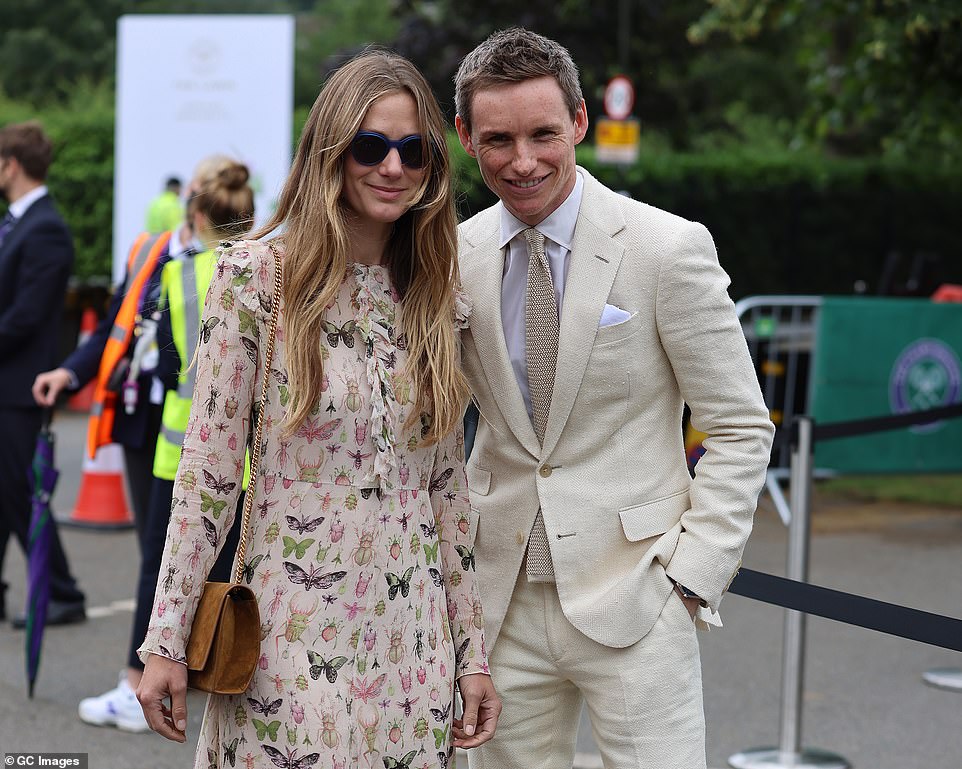 Family: Eddie and Hannah tied the knot in a romantic ceremony in 2014 and are proud parents to two children, Iris, five and Luke, three

The film will also star NFL player turned actor Nnamdi Asomugha, who is set to portray one of the lead police detectives on the case, Danny Baldwin.

After his crimes were exposed, Cullen was arrested in December 2003, charged with one count of murder and one count of attempted murder. 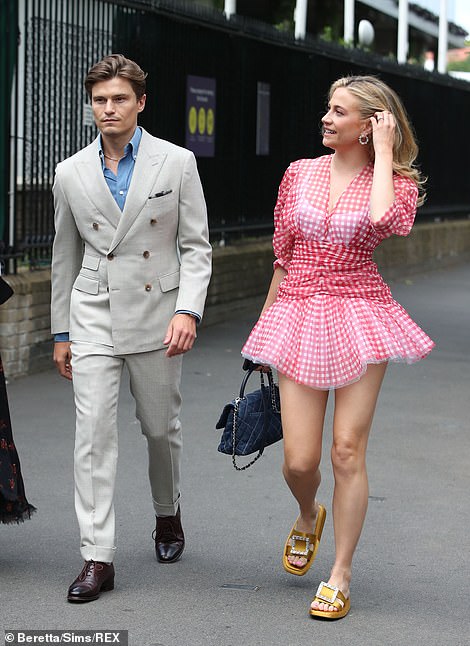 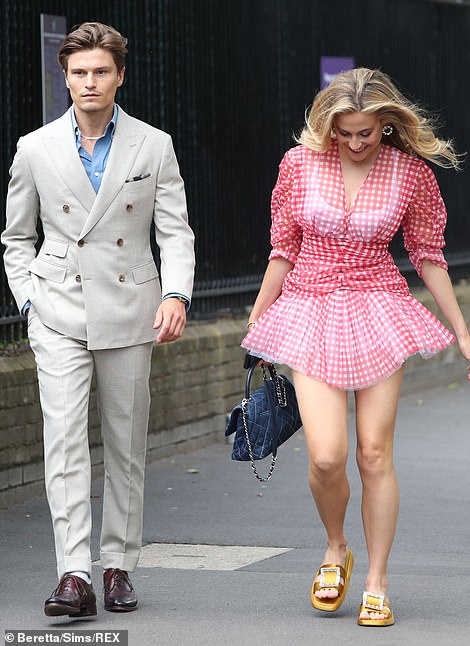 Love: Pixie and Oliver are engaged to be married but had to delay their wedding plans due to the pandemic

Cullen was eventually sentenced to 18 consecutive life sentences in 2006, and he will not be eligible for parole until 2403.

The Good Nurse began filming in April 2021 and is helmed by director Tobias Lindholm.

While a release date has not been formally announced, it is expected the movie will be on Netflix in 2022.

Eddie most recently starred in The Trial of the Chicago 7, for which he received a SAG nomination.

Meanwhile, Jessica has The Eyes of Tammy Faye due out later this year and The 355 in 2022, while Nnamdi starred most recently opposite Tessa Thompson in Amazon romance Sylvie’s Love. 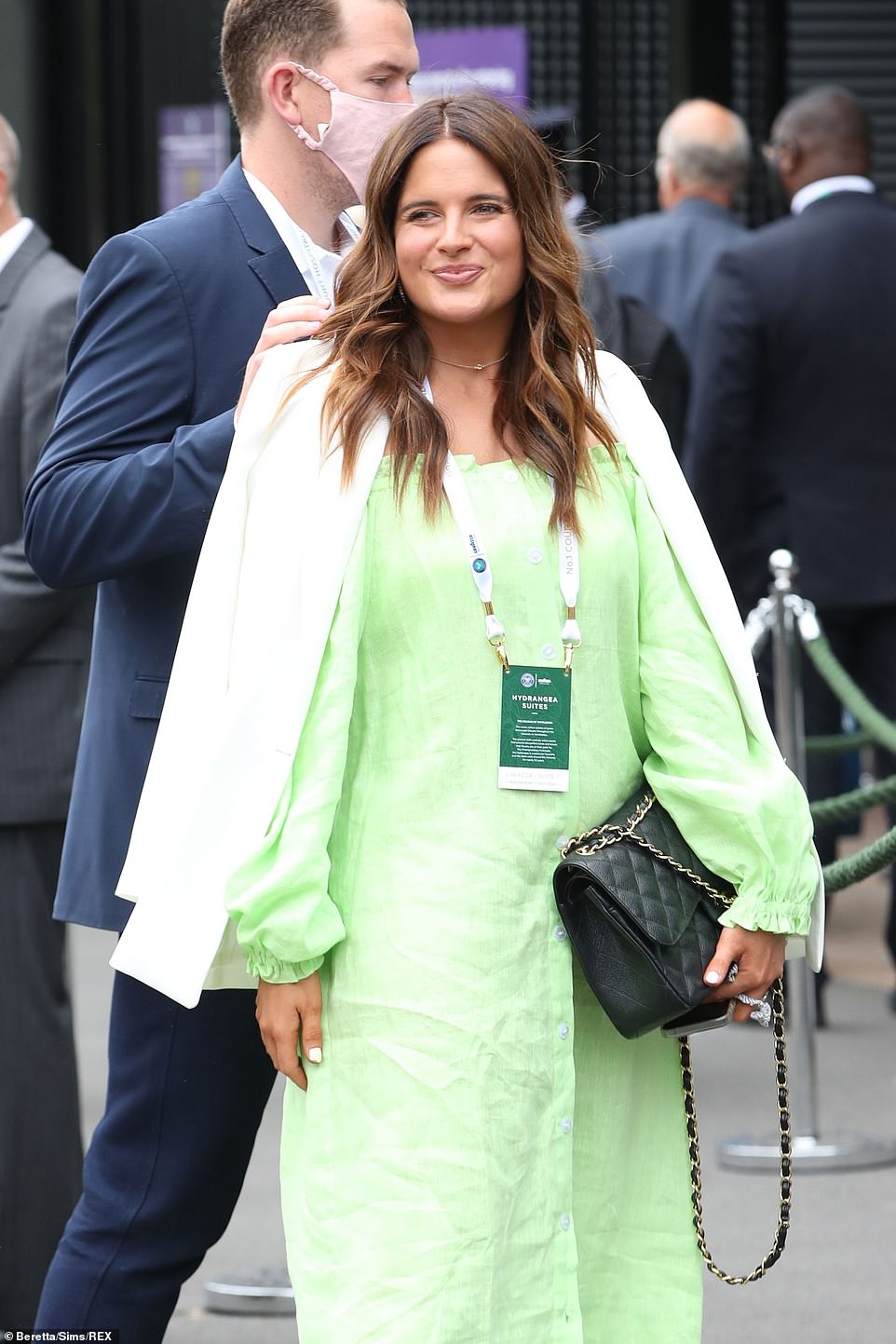 Beauty: Binky – who has just given birth to her second child – wore a radiant slick of makeup 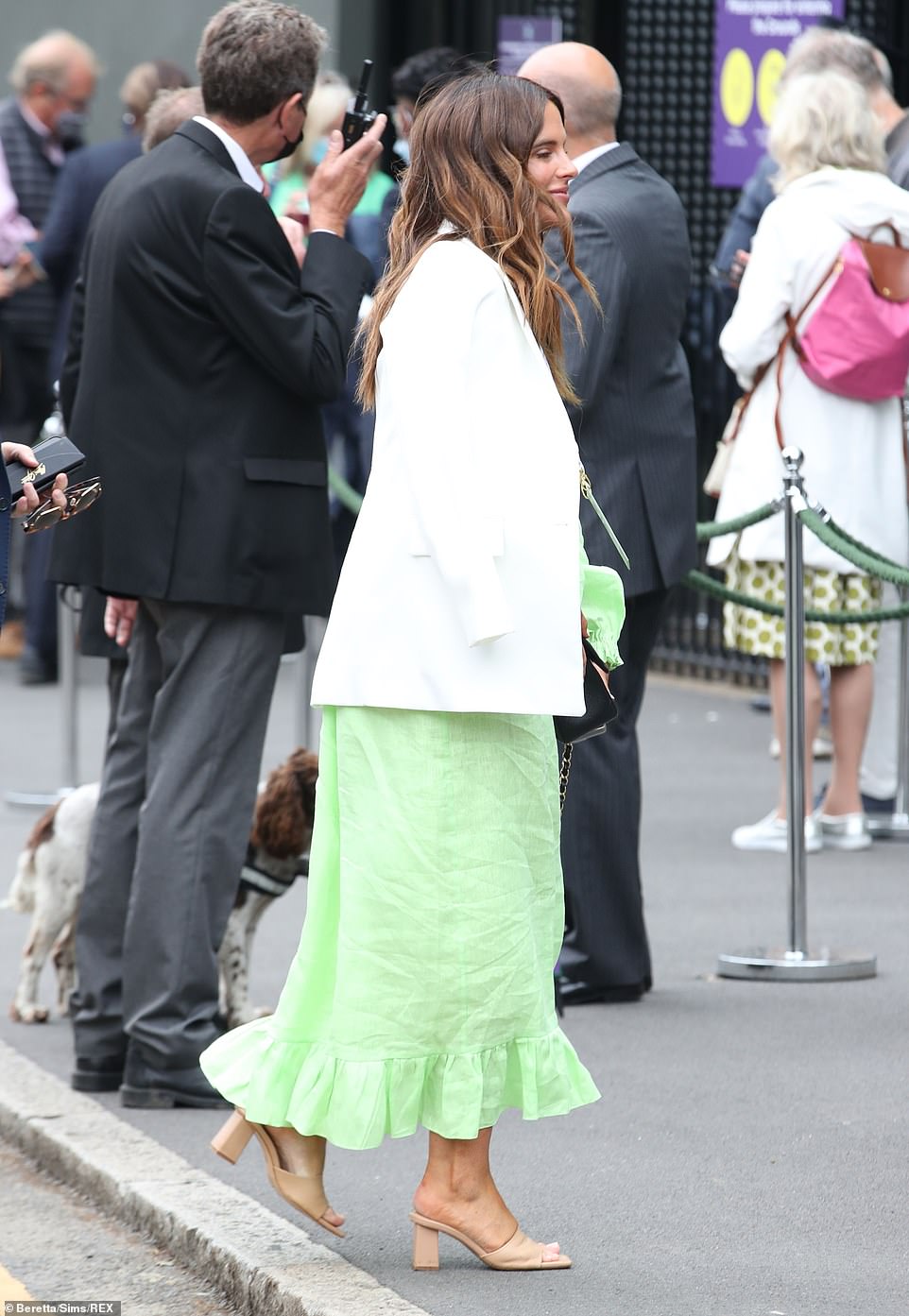 Making an appearance: Meanwhile Made in Chelsea’s Binky Felstead looked incredible in a lime green dress as she arrived with fiancé Max