Dame Tessa Jowell, who was diagnosed with terminal brain cancer last year, has reason to celebrate thanks to her daughter, Jess Mills.

The 36-year-old wed her partner of six years, fellow musician Finn Vine, in London last week, and brought forward the wedding so the former Labour MP, 70, could attend.

‘Pulling it off was the ultimate team effort,’ says Jess, who got engaged to Finn, father of her one-year-old daughter, in November.

‘It was a day to celebrate life and love and the people so central to our universe.

‘We have had a tough year, but [the wedding] was the most powerful example of how joyousness can and must co‑exist amongst the hard times.’

Jess looked pretty in a black and white polka-dot dress. 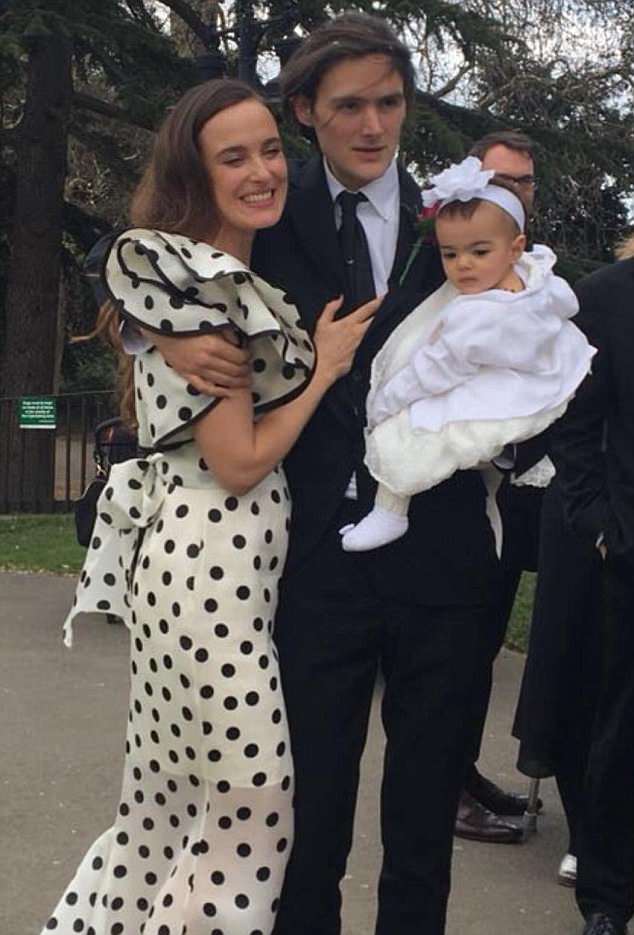 ‘It’s amazing how, mentally, if you are feeling a bit low, clothes can change that,’ says the 39-year-old (right), who is currently enjoying what she calls a ‘close friendship’ with dashing former Marine Joseph Bates. 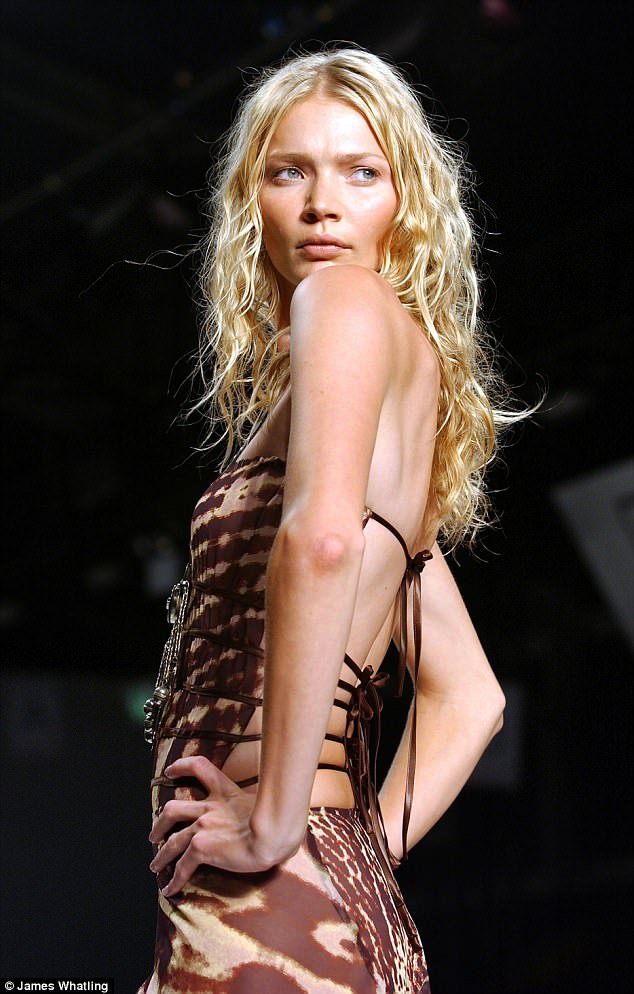 ‘Or a beautiful set of undies or something where you can look at yourself and think: “I look good.” Especially when you’re wearing gorgeous lingerie. It really helps!’

It might also help pull in the punters at her new pub, The Half Moon Inn, in West Sussex.

Walking down the catwalk in front of the Queen at London Fashion Week in February, blue-blooded mannequin Frankie Herbert instantly caught the eye of the fashion elite.

Now, the 22-year-old niece of the Earl of Carnarvon, whose Highclere Castle in Hampshire was the set of Downton Abbey, is fast becoming a rising star.

Unveiled as the face of trendy London label Coco Fennell, I hear the daughter of the Queen’s confidant, Harry Herbert, and the beguiling Chica, is also working on a quirky fashion line of her own.

Kicking off her career in true millennial style (she was scouted from her Instagram account), Frankie walked for Dolce & Gabbana in Milan last month and also starred in their latest campaign — her first ever.

‘I’d never been to Milan,’ she recalls.

‘Then, suddenly, I’m being asked to walk alongside all these really cool kids doing interesting things. And I was like: “Omg, I can’t believe they want me there, too. That’s crazy.” ’

Friends of the 6ft beauty attribute her being single to a busy work life.

But Frankie could be forgiven for not prioritising love, as her parents are getting divorced after 25 years.

In this age of Tinder and online dating, could former Tory Cabinet minister Norman Tebbit be helping to revive a more civilised form of match-making?

Lord Tebbit tells me he helped bring about an ‘arranged marriage’ for his only daughter, Alison, after her first union collapsed.

‘I and another friend of mine were aware of a Danish chap, Poul, who’s about her age,’ says Tebbit.

‘His wife had deserted him and left him with teenage children to bring up; my daughter brought up her kids through her failed marriage.

‘They were both a bit lost and didn’t know what to do.

‘We arranged that the two would be seated next to each other at a dinner. In no time at all, they were married.’

‘She’s an interesting woman. She’s fresh and frank and honest and that’s what I like in a subject. You can see it in her face. Harry will have himself a great wife.’ 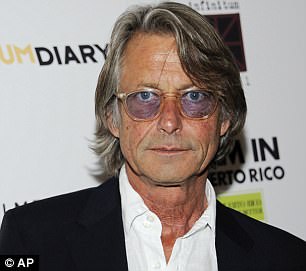 Withnail and I director Bruce Robinson admits he’s finally caved in after fighting to keep the Eighties cult classic off the West End stage.

In 2006, Bruce battled to keep a production starring Jude Law out of the West End.

‘I’ve sold the rights to George Waud,’ he adds, referring to the husband of celebrity make-up artist Charlotte Tilbury.