Royal role: Josh as Prince Charles in The Crown

Rising star Josh O’Connor, who plays Prince Charles in The Crown next year, is set to embark on an exciting new romance in the Netflix drama when he falls for Camilla Parker Bowles.

But the real love story, I can reveal, is happening off-screen.

Josh, 28, who is best known for his role in ITV’s hit series, The Durrells, is enjoying a passionate affair with Margot Hauer-King, the daughter of legendary London restaurateur Jeremy King — former owner of The Ivy, Le Caprice and J. Sheekey.

‘They’ve been trying to keep their relationship on the down-low,’ reveals a friend of the couple, ‘but it’s getting very serious now and there’s no hiding it. She comes to visit him on set when he’s filming so she knows a lot of his co-stars, and he’s met her father, who really likes him.’

Communications director Margot, 25, who attended £24,891-a-year St Paul’s Girls School in London before studying at the Ivy League Brown University in the U.S., is the sister of theatre producer Hannah, 27, and actor Jonah, 22, who starred as Laurie Laurence in the acclaimed BBC adaptation of Little Women.

Her father Jeremy, 64, is one half of Corbin & King, alongside Chris Corbin — together they created the company behind some of London’s most stylish haunts, including The Wolseley, The Delaunay, Brasserie Zedel and the Beaumont Hotel and are reportedly worth £60 million.

Cheltenham-born Josh, son of an English teacher father and midwife mother, certainly won’t have to deal with the same awkward situation he endured after dating his co-star Hannah Murray in screen drama Bridgend. ‘I was scared watching me and my ex-girlfriend fall in love on screen, then trying to kill myself and her dying. It was just horrific.’ 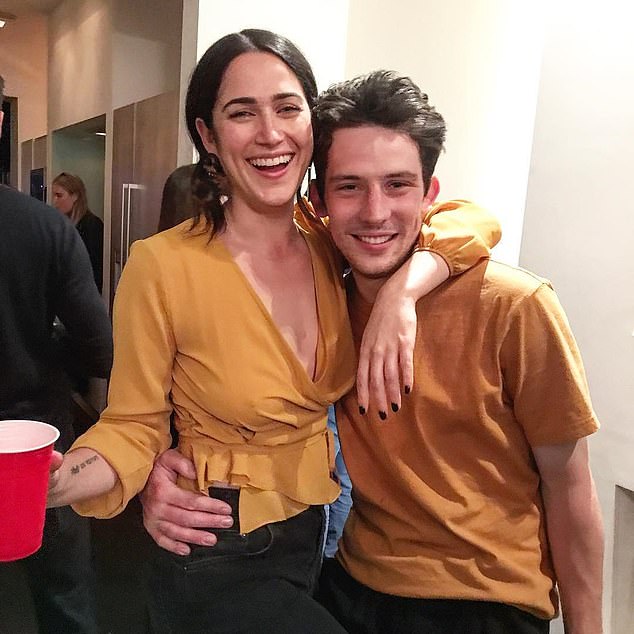 Josh, 28, who is best known for his role in ITV’s hit series, The Durrells, is enjoying a passionate affair with Margot Hauer-King, the daughter of legendary London restaurateur Jeremy King

Supermodel Elle Macpherson is being sued by a close pal for allegedly cutting her out of the posh food supplement company they co-founded.

Fellow Aussie Andrea Horwood claims Elle, 54, reneged on a deal to let her buy a larger stake in the company, WelleCo, which is expected to be worth £200 million within three years. Andrea was sacked as the company’s chief executive last month and is pursuing a separate action for wrongful dismissal. ‘It deeply saddens me that I am obliged to take steps against the company I founded,’ says Andrea.

A spokesman says: ‘The claims contained in the court filings contain numerous inaccuracies. WelleCo will respond in due course in accordance with the court process.’

Britain’s highest-paid male model David Gandy is annoyed that people expect him to starve himself because of his profession.

‘I eat a lot more than people think I do. I’m a massive foodie,’ he protests. ‘When I go for lunch with people, they say: “You’re not going to eat much, though, are you?”

‘And they never believe it when I eat cake.’

The 38-year-old ambassador for M&S will certainly need to keep his energy levels up after becoming a first-time father earlier this month — his barrister girlfriend, Stephanie Mendoros, gave birth to a baby girl whom they have named Matilda. 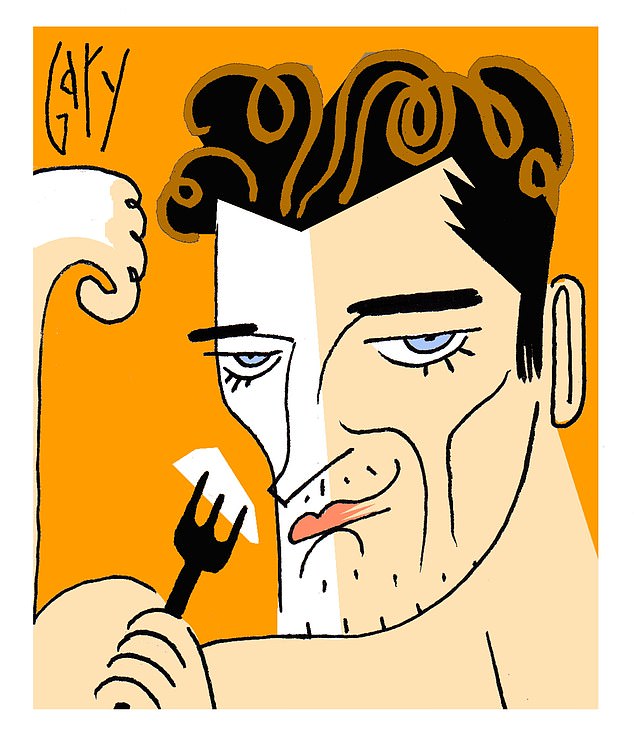 Who says true love never lasts? Not, it seems, Tony Blair’s wife, Cherie, who despite enduring some very public challenges in recent years has declared her undying ardour for . . . a £100,000 kitchen.

‘The team’s patience, attention to detail and relentless pursuit of what was required were extraordinary.’

A spokesperson for the German manufacturer insists Cherie did not receive a discount in exchange for the publicity. ‘Oh no not at all, we don’t operate like that.’

The Blairs’ £27 million property empire comprises ten houses and 27 flats, though the residence benefiting from this ‘Rolls-Royce of kitchens’ — favoured by the likes of Kim Kardashian and film star Hugh Jackman — is believed to be the £3.6 million Georgian town house in West London that Cherie and her eldest son, Euan, bought five years ago.