Who knew that frying noodles was racist?

A friend of Nigella Lawson and Mary Berry has been forced to fight back after being accused of racism for daring to publish a Chinese cookbook even though she’s white. Pippa Middlehurst, a cancer research scientist who won the BBC show Britain’s Best Home Cook, has caused tempers to boil over with Dumplings And Noodles.

Cultural critic and journalist Roslyn Talusan posted a photograph of Manchester-born Pippa online yesterday and posed the question: ‘Why did a white woman write a cookbook about dumplings and noodles?’

This provoked a feeding frenzy of abuse, with poor Pippa, 28, receiving hundreds of angry messages. 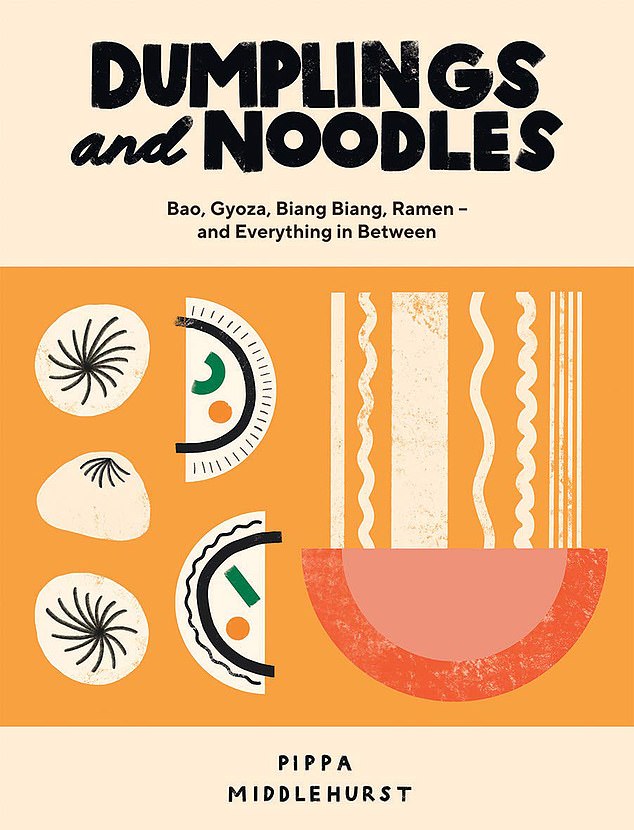 Middlehurst, a cancer research scientist who won the BBC show Britain’s Best Home Cook, has caused tempers to boil over with Dumplings And Noodles

The BBC recipe writer, who studied Chinese cookery at Lanzhou Noodle School and has been eating dim sum dumplings since she was a child, complained about the ‘woke’ bullies, saying: ‘Attacking an individual that you know nothing about . . . and calling me an arrogant and uncreative white woman allows others who respect your opinion to justify harassing me.’

However, film-maker Ayesha Siddiqui refused to accept her response, telling her: ‘I’m not sure you understand or care at all.’

Domestic goddess Nigella was even dragged into the row after she posted Pippa’s chilli oil recipe on her website. Lawson said she had tried it out and it ‘filled her with joy’. 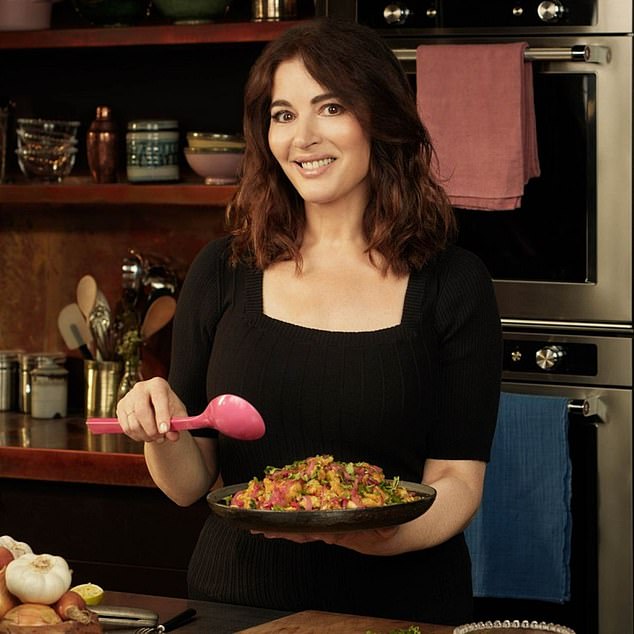 Domestic goddess Nigella was even dragged into the row after she posted Pippa’s chilli oil recipe on her website. Lawson said she had tried it out and it ‘filled her with joy’

However, the ‘woke police’ told her that she was not allowed to post ethnic recipes by a white person.

In response, Nigella defended her friend, saying: ‘My Cookbook Corner section features writers of all backgrounds and cultures.’

What next, Italians storming Nigella HQ after she cooked pasta carbonara? 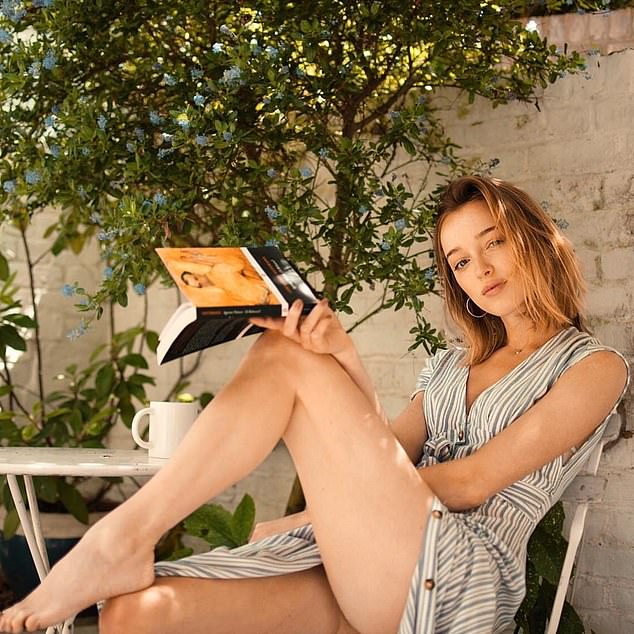 Hold on to your bloomers — Bridgerton star Phoebe Dynevor has signed up for an even more bawdy drama. And this time, she’s performing behind as well as in front of the cameras.

She is an executive producer and star of a TV adaptation for streaming giant Amazon of Exciting Times, Naoise Dolan’s much-talked-about novel.

Dynevor, 26, plays an ingenue who moves to Hong Kong and becomes caught in a bisexual love triangle with a male banker and a female lawyer.

Off screen, the actress’s love life is almost as exciting. Phoebe is said to have split up with American comic Pete Davidson, 27, who reportedly fell for her after he saw her steamy scenes in Bridgerton and ‘found them hot’. Just wait until he sees the sizzling sexual tension in Exciting Times . . .

Patricia Hodge, who will take over from the late Dame Diana Rigg as flirtatious Mrs Pumphrey in hit drama All Creatures Great And Small, claims she’s too old to brave the dating scene in real life.

Hodge, 74, who lost her husband, Peter Owen, in 2016, insists: ‘Dating is a young person’s activity. I don’t feel lonely. There have been moments, but I try to bat them away.’

The Miranda star tells Saga: ‘I do have fun, but I have absolutely no desire to share my life on a permanent basis with anybody.’

Queen has a Church Service delivered

Prince Andrew has much to pray for, but he and the rest of the Royal Family have decided not to visit Crathie Kirk for Sunday services while they’re on holiday in Balmoral.

Instead, I can reveal that clerics will be visiting the Queen’s Scottish retreat for private worship.

‘There is a provisional list of church ministers who are set to visit the Queen in person at Balmoral,’ says my man in a kilt. The reason the royals won’t go to church is over fears crowds would gather to catch a glimpse of Her Majesty, leading to a lack of social distancing. There’s no private chapel at Balmoral.

One minister who previously spent the weekend with the Queen at Balmoral tells me: ‘She likes to have a variety of ministers and the prayerful time usually also involves other guests who are staying. It is a bit nerve-racking the first time, but once you know what to expect it is fine.’ 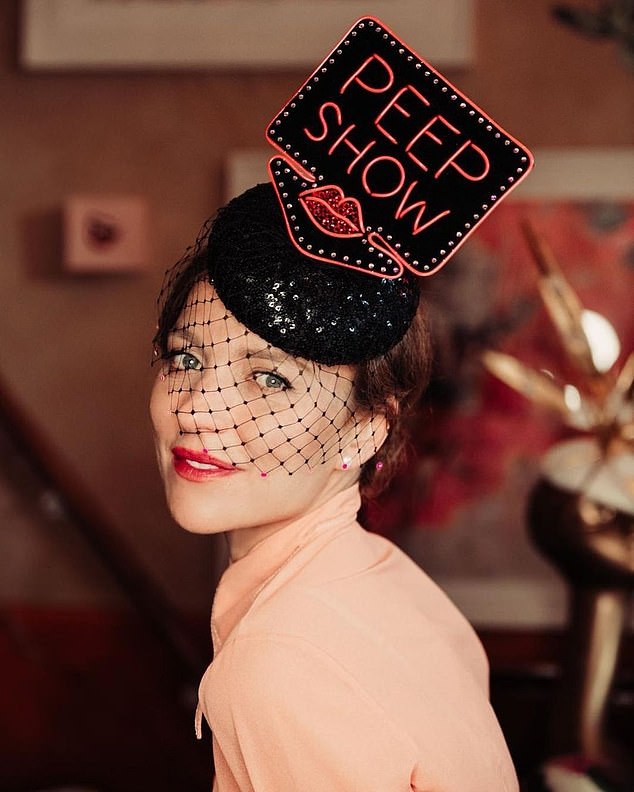 Martha Sitwell has posed in this show-stopping ‘Peep Show’ hat by milliner Victoria Grant, which cost £1,369

Hats off to society model Martha Sitwell, who’s still getting glammed up at home despite being deprived of parties.

The former ‘face’ of Royal Ascot has posed in this show-stopping ‘Peep Show’ hat by milliner Victoria Grant, which cost £1,369.

‘I’ve been saving it for a special occasion, but there haven’t been many parties about — not any hat-worthy ones anyway,’ the ebullient ex-wife of baronet Sir George Sitwell tells me.

Martha once summed up marriage as ‘pure misery’, saying it ‘sucks all the energy from you, sucks your youth and all the fun from your life’.

Rock giant Jeff Beck will be relieved to know he is not the only prominent supporter of Johnny Depp. I revealed earlier this summer that the guitarist was giving Depp refuge at his Sussex estate — and now acclaimed film director Wim Wenders has leapt to the defence of the actor, who’s been shunned by Hollywood since he lost his bitter High Court showdown with ex-wife Amber Heard.

‘If there’s a shadow of a doubt, I think people are free to give an award for what [Depp] is doing as a film artist,’ says the Paris, Texas director, adding: ‘By today’s standards, Picasso should be taken out of all museums. Picasso wasn’t exactly kind with some of his women.’

Bruno and Judy back in step… 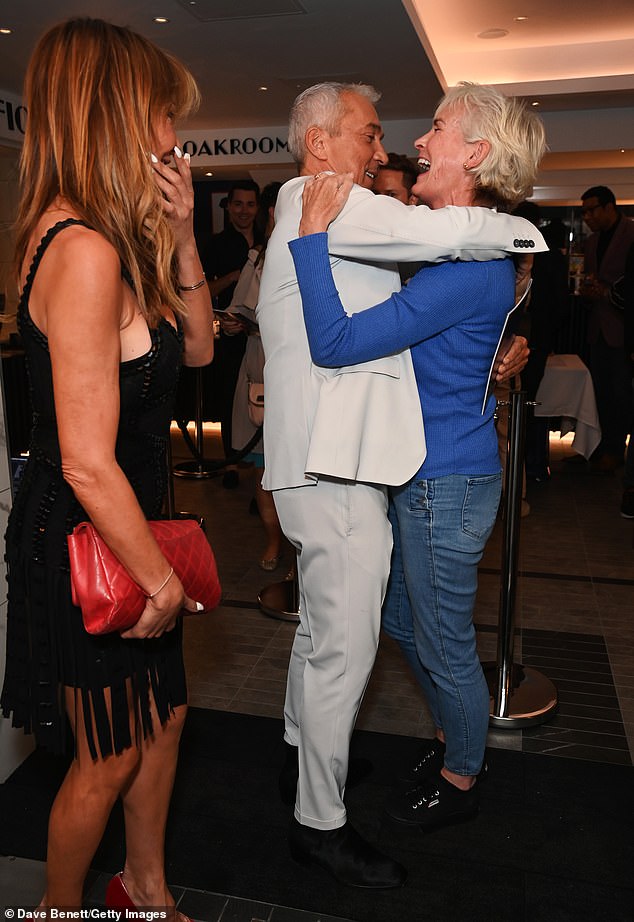 ‘He’s a massive tennis fan and we connected in a big way,’ Judy tells me. Sounds like love all.

Celebrated interior decorator Nicky Haslam has been forced to put his plans to buy a pet dog on pause — or should that be paws?

The price of puppies more than doubled during lockdown. ‘I had hoped to buy a black Pekingese puppy, but I can’t find one, or they are too expensive,’ he tells me. ‘I’ve had about 20 over the years — the last one went to Canada and never came home.’

He had even thought of a name for his new pooch — Zephyr. ‘I’ve called them all names starting with Z. It is my favourite letter.’