While all eyes are usually on the bride at weddings, Princess Eugenie’s official photographs next month will capture the headlines because of the presence of two other prominent figures.

I hear that Prince Philip has agreed to pose in the wedding snaps alongside Eugenie’s mother, Sarah, Duchess of York. It will be the first time that the pair have been pictured together in 26 years.

Philip has studiously avoided Fergie since surreptitiously taken photographs of her sunbathing topless were published by a red-top newspaper in 1992.

Before the split: Prince Phillip (right) is pictured with Sarah, the Duchess of York (left) before he started avoiding her 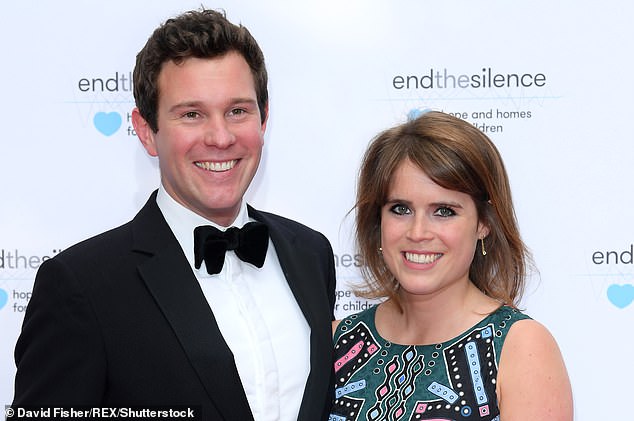 Princess Eugenie (right and daughter of Sarah, the Duchess of York) is due to marry her long term boyfriend Jack Brooksbank on October 12 at St. George’s Chapel, Windsor Castle

The Duchess’s toes were being sucked by American financial manager John Bryan at the time.

‘Her Majesty and the Duke will be in the official photographs, just as they were in those of their other grandchildren, Peter and Zara Phillips, Prince William and Prince Harry,’ a courtier confirms. ‘The Duke loves his granddaughter and wants her big day to be just as special as those of her cousins.’

While Prince Philip plans to attend Eugenie’s nuptials to tequila salesman Jack Brooksbank and take part in the photographs after the ceremony at St George’s Chapel, Windsor, it is not yet clear if he will go to the reception. ‘It is likely to depend on how he feels on the day,’ says the courtier.

Philip is 97 and retired from public duties last year. However, he was able to walk with the Queen unaided at Harry and Meghan’s wedding in May, even though he had undergone a hip replacement six weeks earlier.

Although Fergie is thought to have exchanged not a single word with her former father-in-law since she divorced Prince Andrew in 1996, she has remained on good terms with the Queen. Sarah has stayed several times at Balmoral, although she has always left before Philip arrived.

As the son of property tycoon David Reuben, who boasts a £15 billion fortune with his brother Simon, David Reuben Jr is one of Britain’s most eligible bachelors.

But this week the 38-year-old took himself off the market by proposing to Colombian firecracker actress Carolina Guerra, 32. 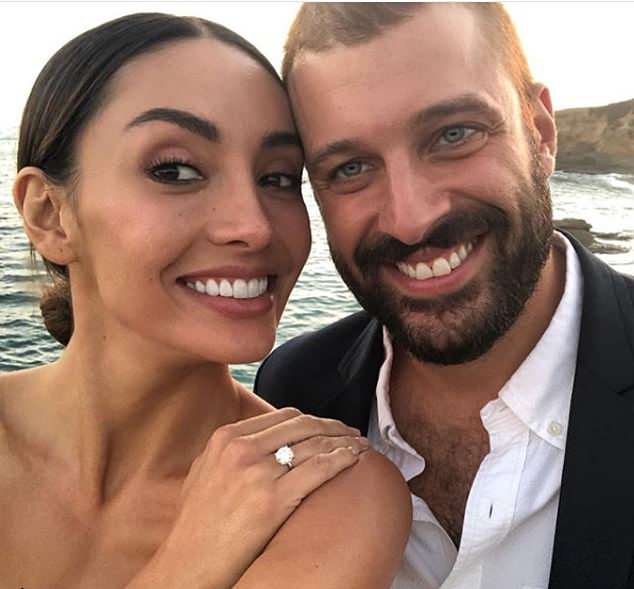 ‘She didn’t say no,’ David joked as he announced the news to pals online. His fiancee declared, a tad prematurely: ‘Call me Mrs Reuben!’ 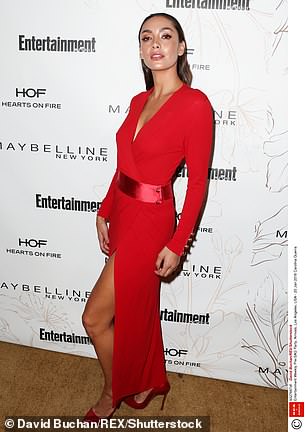 Her haste to join David’s family is understandable. They own large chunks of Central London and friends include everyone from financier Nat Rothschild to pop star Justin Bieber.

David lives in Los Angeles and is an executive at a music company. Carolina, who was previously married to fellow Colombian actor Diego Cadavid, stars in the crime drama Animal Kingdom.

David — whose siblings are fund manager Jamie, 32, and jewellery designer Jordana, 39 — met Carolina at a film festival in Spain.

He is convinced she has fallen for him for all the right reasons. Sharing news of their engagement, he posted a picture of Carolina wearing a huge diamond ring, inset.

He commented: ‘When material possessions are of zero importance, who is still around?’

ALTHOUGH replaced by Holly Willoughby as Marks & Spencer’s ‘It-girl’, Alexa Chung retains the faith of investors in her loss-making fashion business, Alpha Charlie.

Figures filed at Companies House reveal that the 34-year-old model has secured £3.95 million from investors.

Among those to have ploughed money in are film producer Eric Fellner and his model girlfriend Laura Bailey; and Lady Dunstone, wife of Carphone Warehouse co-founder Sir Charles.

Our increasingly polarised politics is proving deadly for romance. Take Apprentice winner Michelle Dewberry, who feels the need to make clear on her profile on the hook-up website Tinder that she doesn’t fancy a rendezvous with any Jeremy Corbyn fanatics.

‘No smokers, drugs, cheaters, dimwits, nor intense Corbyn supporters,’ says Dewberry, 38, who stood unsuccessfully as an independent at the last general election.

Just not with a Corbynista.